“The Pearl of Flanders: What to see in Ghent, Belgium 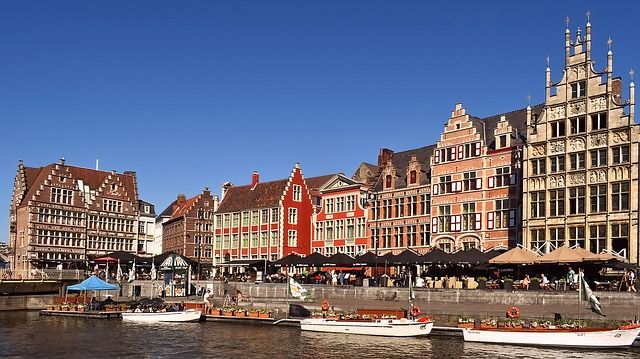 It’s so unique that the prestigious Lonely Planet magazine ranked Ghent as Europe’s best-kept secret place and one of the best places to see in 2011. But it is also a city that is full of romantic stories.

Interesting facts about the city of Ghent

“Graffiti Street” or Werregarenstraat, is an icon of street art in Ghent and one of the curious visits in this city. In this alley filled with graffiti, street artists can reveal all facets of their art with permission from the authorities. The street is constantly changing, so what you saw it a day ago may not be there anymore. It would be nice if such initiatives were done more often, so that these street artists could express their art without legal problems.

Visiting Beguinages or Flemish Beateries, such as the Klein Begijnhof

These carefully preserved small communities of the Middle Ages were inhabited by beguines, women devoted to the god, and consisted of houses and churches or monasteries. Located on the outskirts of towns, they became important during the harsh times of the Middle Ages, hosting many “troubled” women. Later they became the residences of various religious orders. They are a UNESCO World Heritage Site and here in Ghent you can visit two of them.

One of the icons of the city of Ghent is this stunning 15th century wrought iron cannonade called the Dulle Griet, or Mad Greta. It weighs only 12500 pounds and was present during the siege that the city formed in the 15th, although, oddly enough, it appears that no shots were ever fired at it. Located near Friday Square, her mouth is closed to avoid being used as a trash can and even as an overnight shelter for the homeless. Today it is one of the most photographed corners of the city.

READ
10 places to visit with the family in Aarhus, Denmark 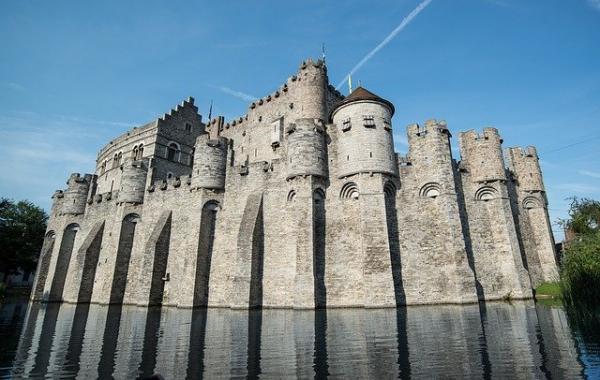 “With a noose around your neck.”

Walking around Ghent, we can find hanging ropes in many corners of the city, like in the famous pastry shop Temmerman. Did you know that the people of Ghent are known as Stroppendragers, which means those who carry a rope? The reason is that this name is in the ancient tradition of Ghent: Emperor Charles I of Spain and V of Germany, who was not much appreciated here (common after what he did), in the face of the city’s refusal to pay taxes, hanged many Ghent citizens in 1537, and other revolutionaries humiliated them by making them walk around barefoot, wearing only a shirt and a noose around their necks, making them beg for mercy before the emperor. Every July, during the Gentse Feeten festival, this march is repeated to commemorate the rebellion of his brave ancestors.

At 50 Central Friday Market Square or Vrijdagmarkt is one of the most curious breweries in the city of Ghent, Dulle Griet. The fact that the locals have more than 250 beers is not too curious, because this is Belgium, funny when you order a Kwak beer with more than 6 degrees of alcohol, which is served in some kind of elongated bucket with a capacity of more than a liter. You have to take off your shoes as collateral, the waiter puts them in a basket that goes up to the roof, and they ring the bell as a signal. Until you return the glass, the cleats don’t come back.

Right across from St. Nicholas Church is Metselaarshuis, the only original 16th-century masons’ guild house (there’s an exact copy on nearby Grassley Pier). A historic and beautiful building, decorated to the last detail, that deserves a stop. Just above the facade are “six Jesters dancing to the beat of the wind.” The building is currently owned by the Flanders Tourism Federation. A good place to admire the architecture of past centuries.

READ
What you need to know about traveling to Namibia 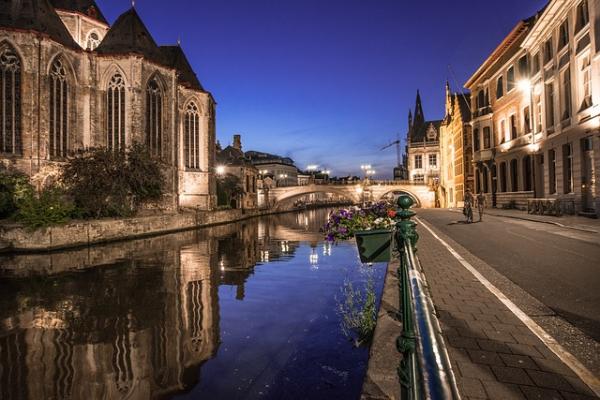 In 1488, Maximilian of Austria tried to take Ghent by the dam, the lock of which allowed to flood the area of 15 square kilometers and where the defense was weaker. After 40 days of siege he had to abandon his campaign. It was then that the city government decided to fortify the place with two defensive towers, which are perfectly preserved. Curiously enough, today there is an area directly behind Rabot, the official defense building, which contrasts with the nearby medieval streets.

That there is so much street life and atmosphere in this city is nothing new, and already in the Middle Ages Ghent’s squares were centers of social animation and typical gathering places.

The Vrijdagmarkt or Friday Square is good proof of this. The whole village used to gather here to throw parties or resolve conflicts, and today it is one of the liveliest areas in the city, with flea markets on weekends and plenty of terraces where you can drink.

Another curious square: the Beestenmarkt or party square, where, as the name suggests, there is everything to do with entertainment: bars, pubs and nightclubs, where the march lasts until the early morning. And on the central Korenmarkt square we can see pedestrians, bicycles and streetcars intersect in a perfect symbiosis, not suitable for leisurely tourists. It is also said that one of the first hotels in Europe was opened here in 1228.

In Belgium’s oldest mental health museum, we find everything from a history of psychiatry with instruments or photographs, to a collection of artwork made by prisoners. Of course, the impressions of the museum and the exhibitions are very strong. 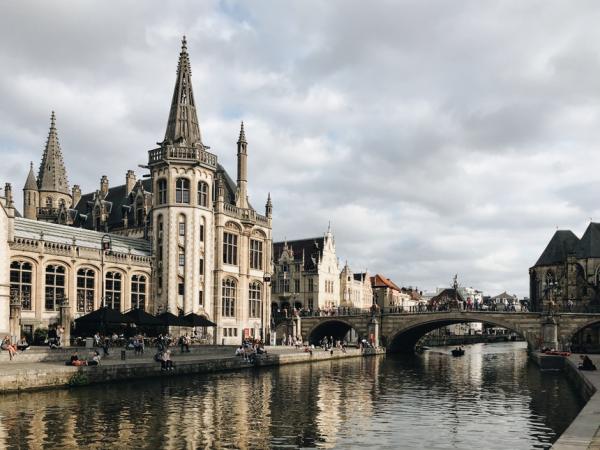 Ghent – hides beautiful corners, so much unique history and really attractive sights. For me it is one of the most authentic cities in the world, a true jewel of Flanders.