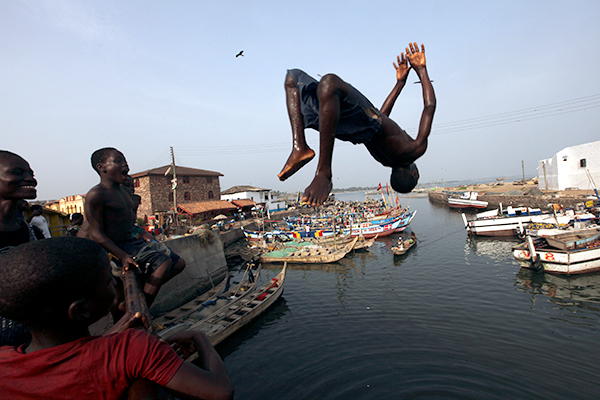 The average Russian knows little more than nothing about the Republic of Ghana. However, even in this far away African country compatriots and Russian speaking inhabitants of the post-Soviet space have managed to settle down. Reader Vladimir Biryuk told Lenta.ru about his life in this African state. The story he told was confused and emotional, full of desire to prove that the country is worthy of attention.

“I was born in the BSSR, in the city of Slonim, I am 63 years old. I came to Ghana to do business, which didn’t work out in the end. But I found my wife! Now it’s my second homeland – my village, my street, my land, my ocean… Although in fact I have two foreign citizenships – Belgian and Ghanaian. I have been to many places, I like it in the tundra near Urengoy, and in the desert mountains of Yemen, and in the Canaries. But nowhere are there as many positive people as in Ghana. I want to dispel the negative myths about Africa,” Vladimir begins his story.

The Republic of Ghana is a state in West Africa. It is bordered by Cote d’Ivoire in the west, Burkina Faso in the northwest and north, and Togo in the east. The country is washed by the Gulf of Guinea on the Atlantic Ocean to the south. Its population is 25.2 million. The official language is English, but people also speak Ashanti, Ewes, Fanta, and other languages. The majority of inhabitants of Ghana are Christians (about 75%), 17,6% are Moslems, and 5% follow traditional African religions. The country has significant natural resources (gold, diamonds, oil). The main sector of the economy is agriculture (cocoa beans as the main export commodity).

Vladimir has been married for 15 years to a resident of Ghana and the couple are raising a five-year-old daughter. He also has a son from his first marriage. “My son has been flying around Africa with the United Nations for many years, he doesn’t have the same rosy attitude to Africans as I do: he sees a lot of grief – wars, United Nations camps. In general, all the wars in Africa are where the big resources are: oil, gold, diamonds, rare earth metals. Conflicts are caused from outside Africa, these are not internal African problems,” says the Belarusian.

Just as one cannot reasonably understand Russia, one cannot approach the black continent with a European logic, Vladimir believes. But there are aspects of the local society that are understandable and familiar.

“Classical family relations in Africa are very important, the BBC talk about all these gay marriages is listened to with squeamishness. Family is sacred: if you went up, business went up, you have to help your relatives, and it’s unlikely that the money will be returned. My relationship with my wife’s family is sincere and respectful. If you treat them without arrogance, you will be on your own, even if you drop it (a white foreigner)”, – says Biryuk. 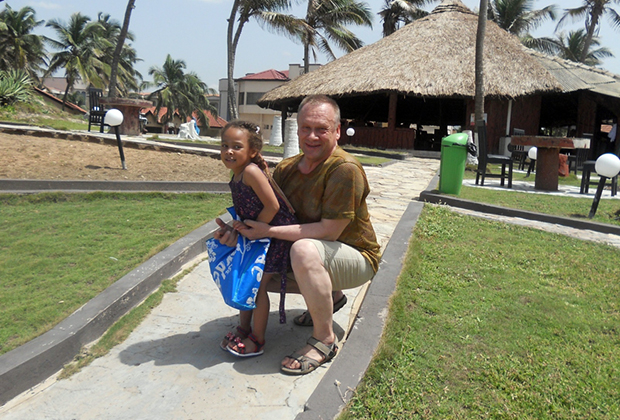 A widespread lack of obligation and laziness, according to Vladimir, is a key feature of Africa. “Here there is a motto like the Russian “shs. “Only strengthened many times over. Once we agreed with a relative to help my mother-in-law build a gazebo. We agreed on the next day at 2 pm, I hoped that he would come at least until 6 pm, when it starts to get dark, but I guessed wrong: he showed up two days later and innocently offered to help when everything was done, “- recalls Vladimir.

Another peculiarity of both Africans and whites who live long in Africa is to work lazily – slowly and slowly. “I suffered from it myself, the relaxation from the heat and physical work are incompatible,” he admits.

Women feel free in Ghana everywhere except in the Muslim north. “Violence and humiliation of women is very rare, it is incompatible with tradition. Often women have their own business and income is much higher than men,” Vladimir notes.

The treatment of children in the country is reverent: “I have not seen homeless, hungry, street children in Ghana. Here orphaned or abandoned children are taken in by their relatives. Like, for example, my mother-in-law took my disabled grandson. My ex-sister-in-law didn’t vaccinate her child against polio, and he got sick. After divorce, ex-husbands and wives often stay with their parents-in-law or father-in-law and mother-in-law.”

Any white man to the locals – a rich man, which, according to Vladimir, is partly true: those who come here on vacation, really not poor (airfare from Europe is quite expensive). If the obroni decides to buy fruit at the market, there is no doubt: just for him the price will magically go up by half. Yes, and a cab can be offered at European prices.

The locals understand that the obroni arriving on vacation crave color, various “horror”, and do not hesitate to make money on this. “I know a local – by the way, a graduate of a Soviet university – he runs a shop with all sorts of shamanistic passions. Skulls, bones – sort of like he’s a hereditary juju-man. I explain to him that there was no cannibalism in his country, as proven by colonial research. To which he replies: “If they (tourists) didn’t believe in these fairy tales, I wouldn’t have a three-story villa and a Toyota Prado.”

“There is a very big difference in village life and big cities. If in the villages are very simple relations and complete safety, in the cities there is a full bouquet of negatives of “civilization” and social Darwinism,” – laments Vladimir. However, according to him, even in the capital, four million people in Accra, it is safe to walk the streets at night. “I have, and no one but street vendors and lady of love near hotels has molested me,” he assures me.

“But keep things under surveillance. Petty theft is a color of Africa. All the houses are fenced, many with barbed wire or broken bottles cemented into the fence-it came with “civilization.” Although there are uniquenesses, like my father-in-law. After something went missing from the house a couple of times, the kids decided to build him a fence. But he tore down the fence he had already started and said he didn’t want to live like a prisoner – even if they stole everything. The man was born and raised without fences. 300 kilometers from the capital, Accra, his mother-in-law’s and father-in-law’s home, there are no fences and the houses are not locked,” says Biryuk.