Tour group meeting points are located at many large hotels in Osaka. From there, you can be picked up by car or minivan to Shin-Osaka Station (07:40 – 08:10).

Then transfer by high-speed shinkansen train to Hiroshima Station.

In Hiroshima the tour group will walk to the Granvia Hiroshima Hotel. Then, depending on the number of participants, transfer by bus, minivan, or train to Miyajima-guchi station (departure 10:30 ).

From there, take a ferry to Miyajima Island.

Itsukushima Jinja is a Shinto shrine located on Miyajima Island and is a UNESCO World Heritage Site. The first mention of this shrine is found in the 6th century. Legend has it that the construction of Itsukushima-jinja began by direct order of the first Japanese empress Suiko.

The torii of Itsukushima Shrine is one of the main symbols of Hiroshima Prefecture. Located in the middle of the Inner Sea of Japan, they look magical against the background of the sea blue and the bright green of Mount Misen.

* Lunch is not included in the itinerary, so it is at your discretion.

** At the end of your tour in Itsukushima, take the ferry back to Miyajima Guchi Station. 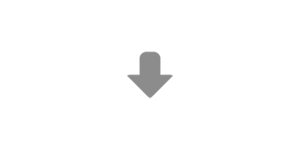 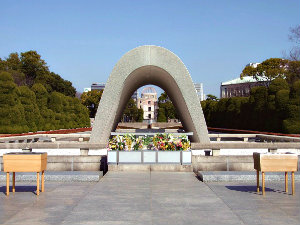 From Miyajima-guchi, take a bus to the Peace Memorial Park, which is located in the center of Hiroshima.

The park was created in 1949 to commemorate the atomic bombing at the site of the crater left by the explosion. The complex is listed as an Important Cultural Asset of Japan. There are several memorials and museums here. The most famous of these are the Children’s Peace Monument, the cenotaph, and the Gembaku Dome and Peace Memorial Museum.

The Gembaku Dome, a monument to the victims of the city’s atomic bombing, is the ruins of a building built in 1915. It is the only building near the epicenter of the atomic blast that survived the shock wave. Initially the ruins should have been demolished, but later it was decided to keep the concrete skeleton as a monument to the terrible tragedy. It is now under UNESCO protection. 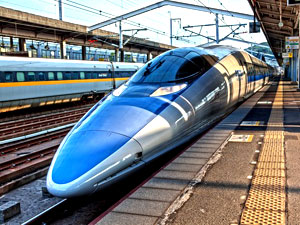 At the end of the tour, tourists will return to Hiroshima Station. From there transfer by Shinkansen Nozomi or Hikari to Osaka (Shin-Osaka Station) or Kyoto (Kyoto Station).

Upon arrival in Osaka / Kyoto, the company provides shuttle service to some hotels.

Frequent questions about the tour

The cost of the tour is influenced by the number of tourists and the mode of transport. The more participants, the cheaper it is. The final price of this tour is many times cheaper than an individual trip by cab.

I do not speak English well: can I buy this tour?

The tour is designed for foreigners (not only from the USA, but also from neighboring Asian countries) with minimal knowledge of English. The guide speaks in the simplest words, and if necessary, writes down important information on paper.

visa to Japan for Ukraine, Kazakhstan and Belarus | excursions to Japan | tours to Japan