One on the Kom – Emine route.

A good bike, food, a hammock and a backpack – a person going on a long hike in the mountains doesn’t need anything else. What remains unseen is great enthusiasm, curiosity and love for the mountains and their inhabitants. They gave strength to the young hiker to take one of the longest hiking trails in Bulgaria.

The mountain section of Kom – Emine is called the route of friendship. In practice, it is the last section of the European tourist route E3, which connects the Atlantic Ocean with the Black Sea. The distance between the two extremities – Kom peak near the Bulgarian-Serbian border and the easternmost part of Stara Planina Mountain – Emine cape on the Black Sea is approximately 700 km and can be covered in 20-30 days, depending on the season. The challenge for tourists is a hundred mountain peaks to get around, and a large altitude difference in the area. In addition to hiking, the section along the Stara Planina Ridge is also used as a trail for off-road competitions. 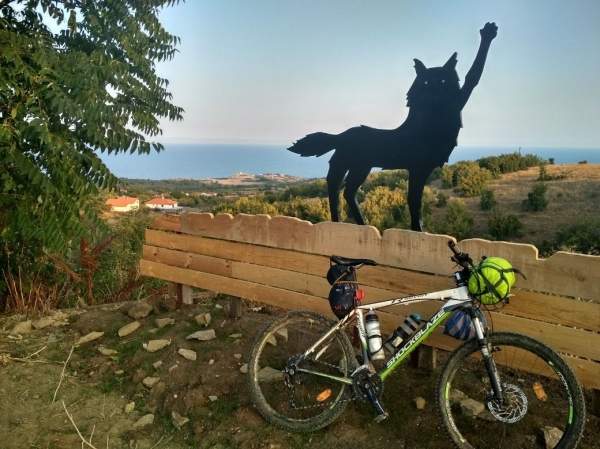 “This crossing was a dream,” says Daniel Ovcharov, a young mountain lover from Zlatitsa. In the summer of 2019, he managed to pass the legendary route as his own test of endurance and survival among nature. The idea to go on this journey came spontaneously, and the preparation for the crossing was impromptu. In the time he had spent in the mountains before, Daniel had established that conditions there were constantly changing, and you could only count on your skills and instincts. 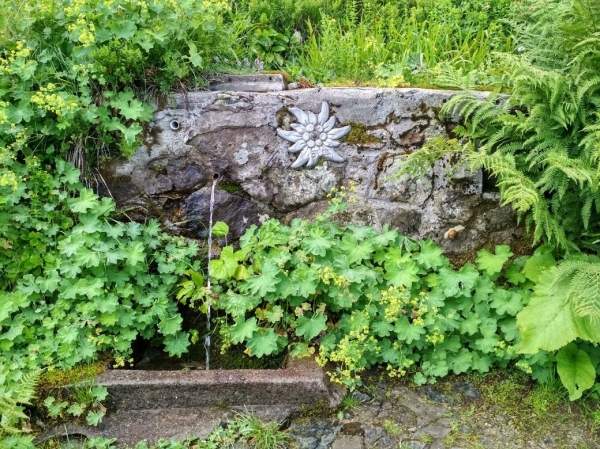 There are dozens of fans of extreme sensations who have passed the “road of friendship,” but for Daniel Ovcharov it leads to himself. “You can experience in one place all the emotions you are capable of – from fear to very strong enthusiasm and love. In the mountains, you feel a real feeling of freedom and enjoy it like a child. says the traveler.

“I decided on my own how to get to the starting point – with my bicycle in the trunk to the Petrohan Pass, from where I reached the summit of Kom, the starting point of the route, in two hours. It was getting late, so I spent the night below the summit – in the forest belt, at 2,100 meters above sea level. The nature there is wild. That same evening I saw deer and I thought it was a good sign to start trekking. I spent the night in a hammock between two trees, but it was very cold. The next morning I set off again on the intended route. There is a tradition of taking a pebble and carrying it with you all the way to the top of the Kom, and when you see the sea, to throw a pebble into it and make a wish. So I did. In the first days I had a lot of energy and adrenaline, but I got lost and deviated for 1000 meters, then I had to climb the mountains again. It took time and energy, but it never occurred to me to give up.” 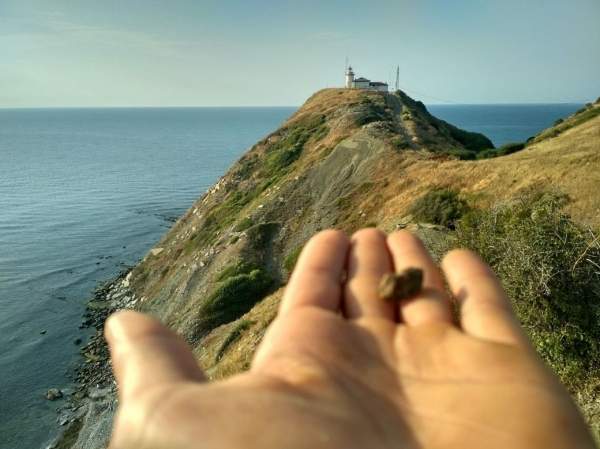 Food, shelter, warmth – all these things in the mountains have to be provided by oneself and by improvised means. “It enriches a person both emotionally and in the practical aspect,” continues Daniel Ovcharov.

“I had planned to complete the crossing in 15 days, but deviations from the route confused my plan. Realistically, I walked 100 km more. It is possible to cover 60% of the route on a bicycle, but there are places where it turns into luggage. There are extreme sections, too, and there is a risk of going off downhill. The most difficult section is to the summit of Botev, 2376 m. There are the highest peaks of the Stara Planina Mountains. It’s pretty cold on the ridge. I spent several sleepless nights, but in this 21 days I took more than 6 thousand pictures of nature and animals. I set out in the morning at 5:30, and in the afternoon there were often storms in the mountains. From the top of Ambaritsa to the shelter “Botev” I walked for 8 hours. In some places you pass kilometers and there is no water anywhere. Thus, in the mountains, everything takes on a much greater significance. I’ve never been afraid of wild animals – if you don’t touch them, they don’t come near. We humans are much more dangerous and unpredictable.” 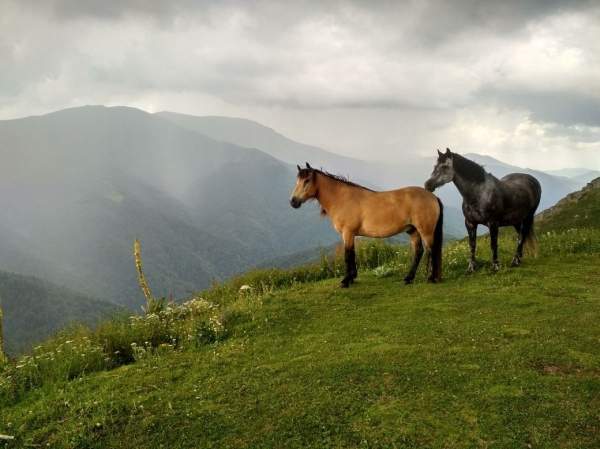 Along the way Daniel met wild boars, hares, deer and wild goats, lots of turtles, snakes and birds. It wasn’t without extreme experiences in the cold and rain, but the young guy’s goal was to stay among nature as long as possible.

“Finally, fatigue took its toll. I had with me a guidebook and a compass, which helped me quite a few times, but in the end I came out not to Cape Emine, but near the resort “Elenite”. I spent the night in a clearing where there was a herd of boars. In this place there were many abandoned wheels from old carts, and the piglets played with them like real children”.

Guide to the hiking com- emine, the longest mountain trail in Bulgaria

Guide to the hiking com- emine, the longest mountain trail in Bulgaria

With an abundance of mountains in Bulgaria, you’ll be spoiled for choice when it comes to national parks, mountain trails of all difficulty levels and stunning views worthy of a hike. If you’re an experienced hiker and need a serious challenge, why not try the longest mountain trail in the country – the Kom Emine Trail – a nearly 440-mile (700 km) trail along the Stara Planina (Balkan Mountains) ridge that crosses the country from west to east.

The trail begins at Kom Peak, a three-hour hike from the town of Berkovitsa northwest of Sofia, and, after traversing the entire ridge of the Stara Planina mountain range, ends at Emine Horn, on the Black Sea coast. It usually takes 17 to 20 days to cover the entire distance, depending on weather conditions and the physical fitness of the participants. The trail is divided into sections, so each day ends at a mountain hut where hikers spend the night. When traveling in organized groups, participants often have an auxiliary vehicle to transport most of their luggage from hut to hut, so they don’t have to bring them all the time. Independent backpackers carry their backpacks all the way.

READ
4 amazing and interesting things to do in Vietnam

Com-Emine is actually the last section of the European E3 hiking route between the Atlantic Ocean and the Black Sea. It is nearly 4,350 miles (7,000 km) long. In its Bulgarian section, the route passes interesting places such as the highest peak in Stara Planina, Botev Peak (7, 795 feet / 2, 376 m) and the Buzluja Monument (a UFO-like communist relic).

History of the Kom Emine trail

Speaking of tourism in Bulgaria, there is a prominent figure who is considered the founder of organized forms of tourism and tourism in Bulgaria, the Bulgarian writer Aleko Konstantinov. It is believed that he was the first to propose the idea of hiking the entire Bulgarian part of the Stara Planina (the mountain range extends also into Serbia) from end to end. Because of his early death, he was unable to execute the idea, and the first person to do so was Plamen Deliradev in 1933. In 1962, a group of skiers covered the winter for the first time.

If you plan to hike the entire trail, considerable physical preparation is necessary, as some sections of the trail take about 15 hours of hiking per day. If this is your first time hiking in Bulgaria, it is also advisable to hire a local guide. Although the entire trail is marked, there are sections where markings disappear or are missing, and an inexperienced hiker can get lost. Stara Planina is known for its sudden changes in weather and severe summer storms that can unexpectedly come your way.

All of the huts along the trail offer food and drink, so you don’t have to worry about taking too many supplies with you. The best time to plan Kom-Emine hikes is from late July to late August, when the chances of rain and storms are lowest and the days are longer.

The entire trail is marked with white/red/white stripes (summer markings) and black/yellow poles (winter markings that follow the summer trail for most of the route, but avoid avalanche hazards). You can find a helpful website with maps and trail information here.

Notes and alternate ways to cover the trail

As the most emblematic mountain trail in Bulgaria, Kom-Emine has become a challenge for many athletes. The current record for the fastest route is held by Kirill Nikolov (known as “The Disl”), who managed to reach the finish line in 4 days, 13 hours and 5 minutes. The fastest mountain biking time belongs to Ilko Iliev (3 days, 18 hours and 29 minutes), and the shortest winter hiking time (23 days) belongs to Theodore Atanasov.