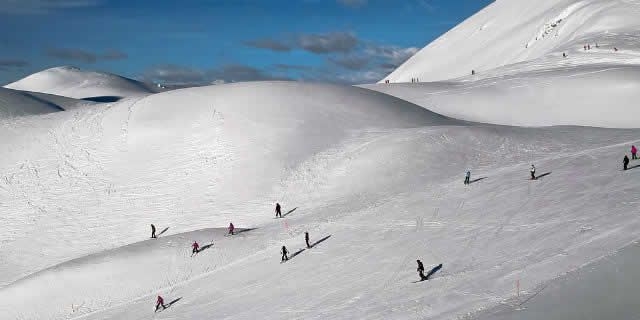 The province of Friuli Venezia Giulia, with its capital in Trieste, is located in northeastern Italy, on the border with Slovenia and Austria. Among tourists it is best known for its historical sites and beautiful many kilometers of sandy beaches. But to the East of the region are the Alps and the Dolomites, where there are many excellent small ski centers with a total length of 140 km. You can reach the Friuli Venezia Giulia region via Trieste, Venice and Ljubljana airports. Read the report of Elena Boltenko about skiing in the unusual and still unknown to Russians place.

Skiing in Friuli Venezia Giulia is a slightly different understanding of skiing. Small cozy home resorts, not overcrowded, give a feeling of greater freedom and safety, allow a more harmonious fit with the surrounding nature. It is ideal to move between them by car, gradually and tastefully rolling around each place. It is possible to stop in one place and travel, changing the riding area every day. In addition, nothing prevents each time to stay overnight in a new place, the large selection of hotels and apartments. Travel time from one resort to another for about an hour and a half. If you do not want to take a car, then, of course, you can use public transport connecting the various resorts. Many hotels also have their own transportation to get residents to places of skiing. 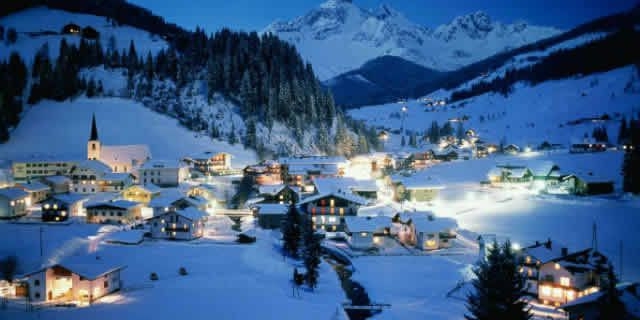 Friuli Venezia Giulia region has survived numerous invasions during its history, was part of the great empires and has been influenced by many languages, cultures and traditions. Here know how to be friends and know how to negotiate, and as a result there is a single ski pass for skiing in all the ski centers in the region, including the Slovenian resort of Kranska Gora and some border areas of Austria, which is also not difficult to reach. The price of a single weekly ski pass looks very humane, with children under eight years of age and grandparents after seventy-five – for free. You can buy a regional FVG card, which gives many preferences, including an additional discount on the ski pass. Here the prices for accommodation and food are generally lower than in major ski centers, many different programs to reduce the cost of recreation, which becomes very attractive in times of economic turmoil. 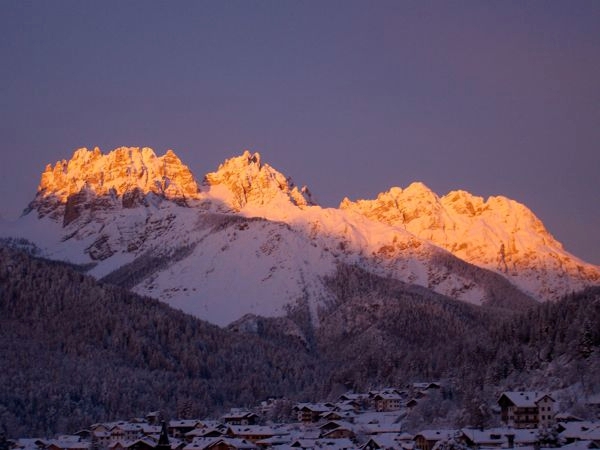 The best place to start skiing kilometers is probably the resort of Tarvisio. It is the jewel of Friuli Venezia Giulia. The old town is picturesquely situated in the foothills of the Julian Alps. Thirty-two kilometers of groomed trails, laid out in a forest of interesting terrain, served by two gondolas, seven chairlifts and three rope tows. Low altitudes and proximity to the sea promise a lot of snow and mild climate in winter. But this place is famous not only for skiing. Here, on top of Mount Lussari, is the Cathedral of Santurio del Monte Lussari. According to legend, many centuries ago shepherds found a wooden statue of the Virgin Mary in the woods on the slope of this mountain. In honor of this event, a cathedral was erected in 1360. For centuries, numerous pilgrims came here, many gaining mental and physical health. People used to walk on paths, the sick were carried on stretchers, but now a high-speed gondola goes up, bringing both pilgrims and the riding public. There are nice hotels and restaurants with open verandahs with stunning views around the cathedral. It’s very beautiful here, and involuntarily come to think about the divine essence of life. At any rate, you realize that the creator has taste! The trail from the top of Lussario is lit up in the evening, so you can hang out here for dinner. All in all, Tarvisio is a reclaimed and rolling place, rare for its wonderful unity of the spiritual and the physical.

Forte de Sopro is a small ski area in the Tagliamente Valley. In this valley covers simply geographical ecstasy, because in it one slope is located in the Dolomites, and the opposite is already the Alps! They even have different legislation. The Dolomites are a protected area and hunting is forbidden here. In the Alps, it’s a national game. The animals know about it, and prefer the Dolomites. In Forte de Sopro there are 17 km of slopes, two ski areas, respectively, on different geological formations.

The Dolomites are famous for their unique color of the sky at sunrise and sunset. Many travelers enthusiastically described this phenomenon of nature. So, here is the easternmost part of the Dolomites massif, and it is the slopes of the Forte de Sopro that are the first among equals to meet the morning sun. Many people come here to admire the game of color. But it is also interesting to ride both the Alps and the Dolomites at the same time.

Moving through the mountainous part of Friuli Venezia Giulia is to move through the territory with traditions that have been preserved for a long time. Without fuss, one old town succeeds another. The houses are solidly built, centuries old, each with large, elegantly stacked piles of firewood, smoke coming from every chimney. But this is not an archaic museum beauty, but lively, warm, giving confidence and a desire to live.

The resort of Ravacletto Zancolan is one of the oldest in Italy. The first ski competitions were held here in the 20s of last century, and the first ski elevator was built in 1948. Now there are laid out 28 km of trails of varying complexity. All slopes are well-groomed, there are a lot of cannons. There are two ski areas: Ravacletto and Zancolan, respectively. There are national and international competitions are held here, there is a large free riding zone for freeride lovers, where snowboarders like to ride. And in the summer there is a stage of the famous bicycle race Giro d’Italia, which is considered one of the most difficult. On the slopes there are several traditional cafes with delicious local food and fun après-ski.

Two hours from Ravacletto, in the Dolomites, is the resort of Piancovallo. It was opened in 1968. It was built according to a single plan and in the same style. The place is convenient, clear, to get to the elevators on foot is an average of five minutes. The settlement is not burdened by historical buildings or ancient energies, it is the embodiment of modern comfort. Here are the stages of the Women’s World Cup, and on top there is an observation deck, where in good weather you can see the Adriatic Sea. Italians love to vacation here with their families, since Pincovallo is geared up for children. It is just over an hour from Trieste, so if you have bad weather or want to go shopping, nothing can stop you.

The cuisine of Friuli Venezia Giulia province has been shaped by Venetian, Austrian and Slavic leanings. In the mountains, naturally, it is typical Alpine food: cured meats and sausages, cheeses (for the gourmets, their karst versions), hearty soups, stews. Recipes were formed on the basis of those products that are produced in the mountains, plus irrepressible imagination of the hosts, who used local herbs as seasonings to their utmost.

Now, of course, you can try all sorts of delights, such as roast red deer in chocolate sauce with mountain herbs. Herbs are also used for various alcoholic infusions. Every self-respecting restaurant will offer a tincture of herbs that the chef’s mother picked in the summer as a digestif. At a bar in Forte de Sopro, an aunt like this showed me about two hundred kinds of healthy drinks. Also in Friuli Venezia Giulia 1,500 farms produce eight million bottles of wine a year! One must try Friulano wine, which is considered the symbol of the province. In general with the food, as it is customary in Italy, everything is good here. You just need to relax, stop counting calories – you have to work them off on the slope. Try the delicious Friuli Venezia Giulia region from all sides!