The 10 most architecturally interesting cities in France

Some of these French cities have remained victims of the fashion of their time. Today they are the guardians of the architecture of the era that created them. Visiting these cities is a real lesson in history and urban planning. Whether you like the way they look or not… Here are 10 of the most architecturally interesting cities in France that you won’t forget when you visit them!

The 10 most stylish French cities

Bordeaux and its 18th-century architecture (Aquitaine).

Listed as a UNESCO World Heritage Site, the magnificent buildings in the center of Bordeaux bear the grand imprint of the Enlightenment . At the time it became the first French colonial port, the city emerged from its ramparts, turned toward the Garonne and built hundreds of private mansions that appeared along straight avenues. Even today, from the quays to the famous “golden triangle”, one can observe the architectural evolution of this period. The Place de la Bourse, built in Louis XV with its rockeries, mascarons and wrought iron balconies is a floral rococo, while the Grand Théâtre, built in 1780 in neoclassical style, already heralds Napoleonic architecture. 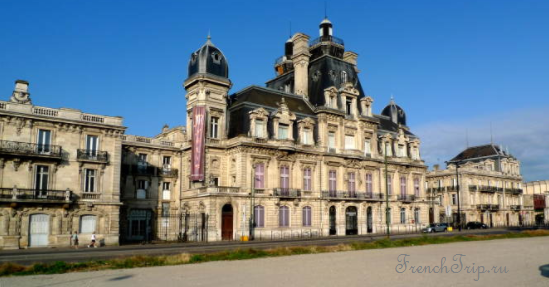 The town of Saint-Quentin in Haute Picardy, badly destroyed during World War I, was rebuilt in the early 1920s in the Art Deco style. Today it brings together 3,000 buildings that conform to this style. This heritage was little appreciated until recently, when the municipality undertook an active restoration policy. In addition to the train station, the music school or the Le Carillon cinema, fine examples of architecture can be found in the streets of Lyon and in the Sous-Prefecture.

The city center of Le Havre is inseparable from the name of Auguste Perret. The architect, a champion of reinforced concrete, was indeed the main contractor for the reconstruction of France’s main port, 80% destroyed by Italian bombing in 1940 and by the British in 1944. Perret designed an orthogonal rational plan for the city, imposing and airy. If the abandonment of decorations may seem austere, we must give credit to Perret for refusing to build skyscrapers so that the city would leave the human dimension and move toward the sea. The experience of modern urban planning, conceived on the basis of receptivity and intelligence, and the uniqueness of such a project in France, earned Le Havre the right to be inscribed on the UNESCO World Heritage List in 2005. 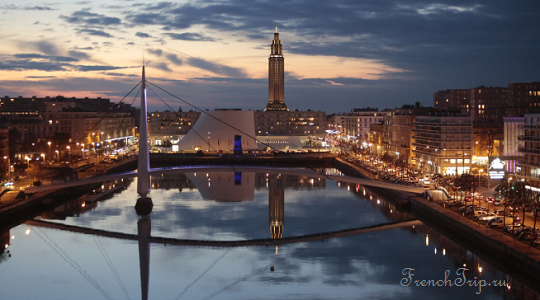 When it was decided in the 1960s to build ski resorts from the ground up to support the development of winter sports, the town of Bourg-Saint-Maurice had the rich idea of attracting the talented architect and designer Charlotte Perriand. The latter supervised the Arcs 1600 and 1800 projects for twenty years, leaving her mark on them: Urban functionality (pedestrian stations) and habitat (optimization of living spaces), internal harmony / exterior (large bay windows and balconies), use of prefabricated structures (bathrooms in molded polyester)… And above all, this Savoie native, in love with mountains and Japanese culture, tried to integrate buildings into the environment by making them follow the slope and decorating with local materials (larch, lausa…).

READ
The 10 most beautiful beaches in Madagascar, Africa

Today Montpasier, Beaumont, Aymet or Domme, small “picturesque” villages with two or three parallel streets, their squares surrounded by houses with arcades, their fortified church and their ramparts, create the charm of the Black Perigord. Things were different in the 13th century. These “new towns” were definitive. Over a hundred years (1250-1350) between 300 and 500 bastids were founded according to a clear architectural plan to settle the population in one place, create trade (fairs, markets) and, for kings, mark their territory. Thanks to the preserved architecture and markets today, the bastids will make you go back in time. 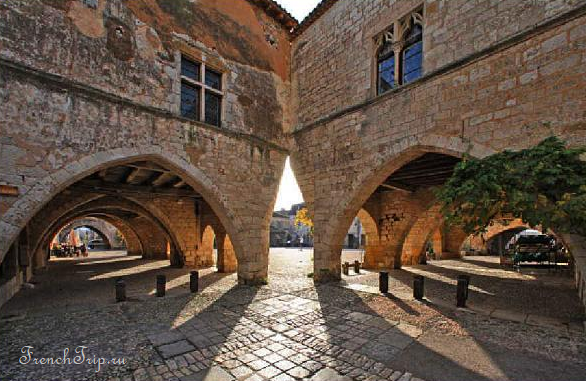 If Nancy symbolizes Art Nouveau, it is because it was here that the birth of this artistic movement in the early 19th century began. Indeed, it was in this Lorraine city that Emile Galle, Louis Majorelle, Jacques Gruber and even the Daum brothers participated together in the renewal of decorative arts and in the creation of the Nancy school in 1901.

Art Nouveau touches on a variety of fields such as architecture, furniture, glassware or lighting. This style is inspired by local flora and fauna, which are materialized through various materials (glass, wood, ceramics, wrought iron, etc.).