The best things to see in France 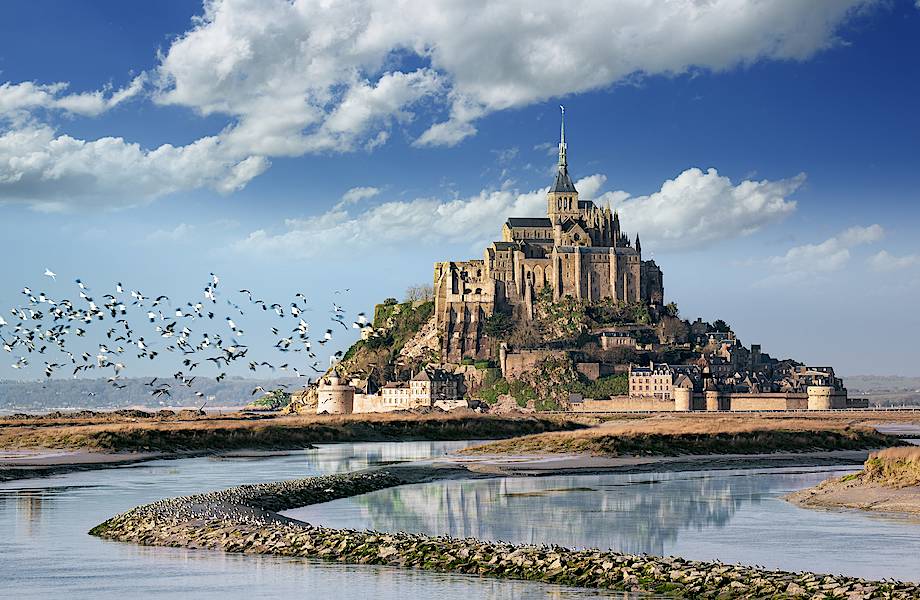 To single out the best sights in France is probably an impossible task. After all, the country has so many interesting things: fabulous caves, deep gorges and huge rocks, colorful cities and towns, castles, vineyards, sunny beaches … But there are sights in France that you can not not see, if you have not seen them – you have not seen France. We have collected TOP-10 French beauties which became the visiting card of this wonderful country long time ago. This is probably the most famous tower on the planet, under it people dream to be photographed, and from it – to see the vastness of Paris. It really is a symbol of France, recognizable around the world.

Did you know that originally the tower was temporary? It was simply the entrance to the 1889 World’s Fair and was scheduled to be demolished some 20 years after the event. However, the elegant silhouette of France was saved by the radio antennas that were installed at the very top. 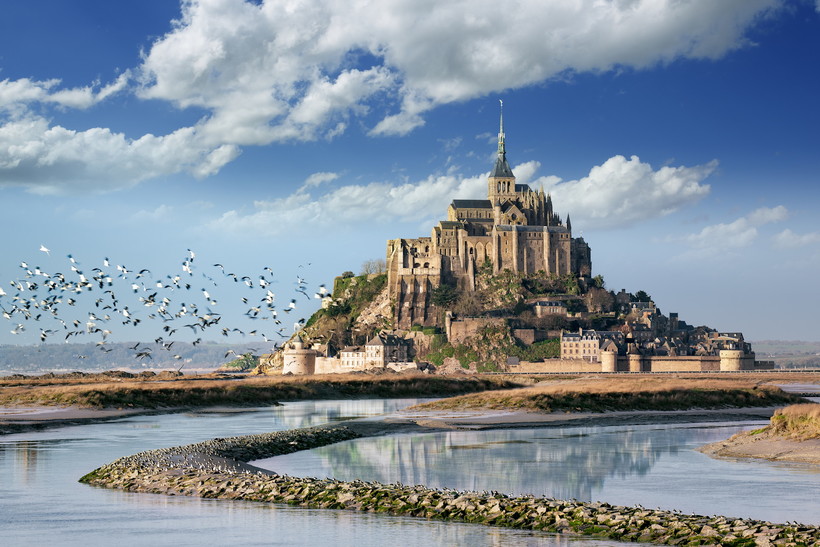 The architectural ensemble of the abbey looks more like a fairy tale castle: it rises on a rocky island of Normandy, and the road to it is periodically hidden by the tides. The fortress of Mont Saint-Michel was founded back in 709, and there was nothing here: a monastery, where pilgrims flocked, a prison for political prisoners. 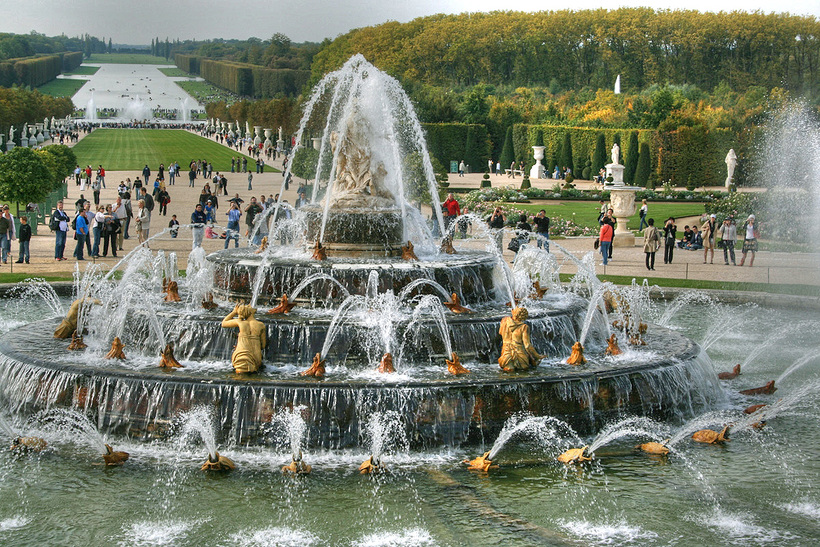 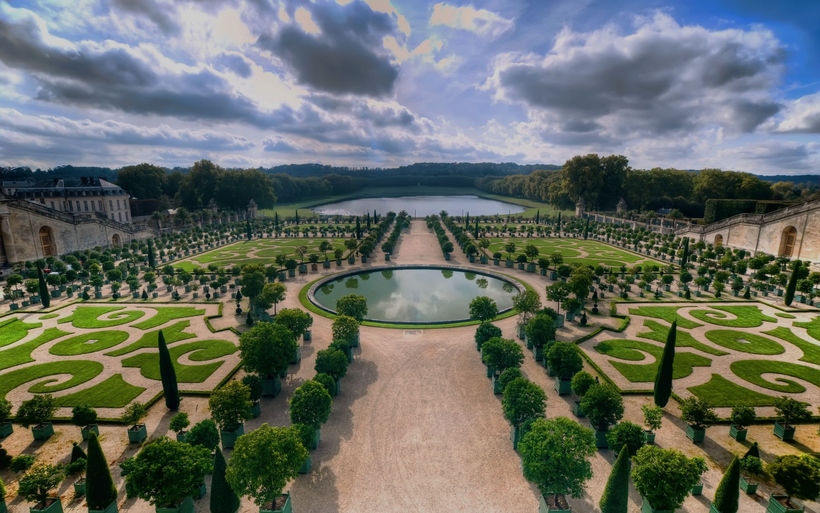 A true masterpiece of palace art, striking in its beauty, Versailles has been repeated and repeated for many centuries. Thus, Peterhof was made in the image of Versailles.

At 10 square kilometers near Paris there are many grottos, wide canals, 1400 fountains, statues and sculptures, several ponds, theater, and even craft buildings with cheese dairy, farm and dovecote reminiscent of the French village. You can return to the gardens of Versailles many times and see something new all the time. 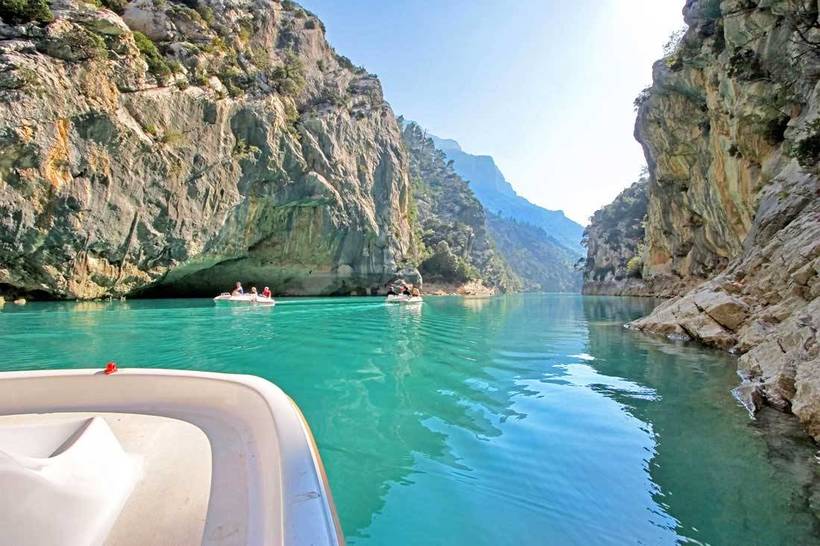 The deepest and most picturesque canyon in Europe is sure to take your breath away. The Emerald River Verdon has for many years worked its way through the alpine foothills, which in the meantime have been overgrown with green vegetation. In some places, the gorge is 700 meters deep. There are not enough words to describe the beauty of this place, you need to see it with your own eyes. 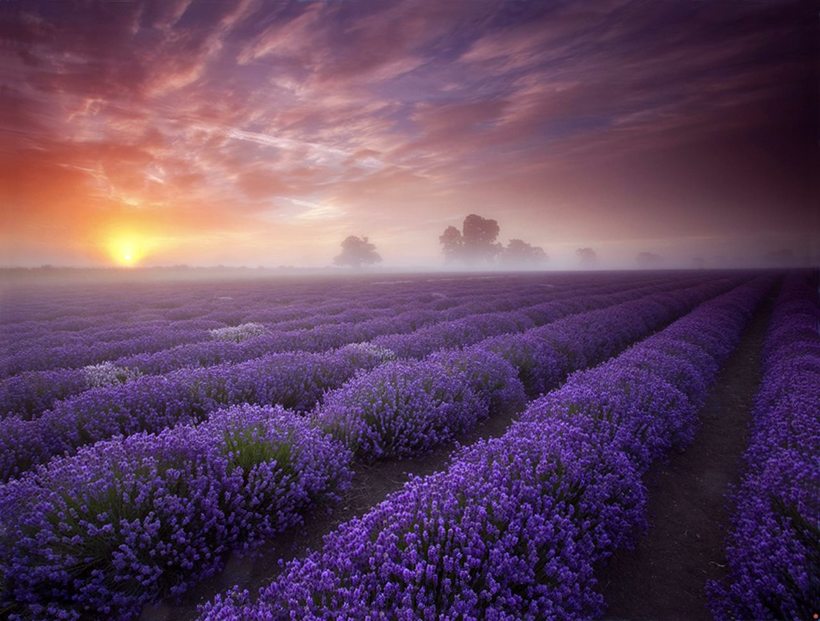 Of course, you would not be complete without those fabulous fields of lavender with wonderful scents and fantastic scenery, which has long been a symbol of Provence. France also hosts various lavender festivals, usually timed to coincide with the harvest, which are also fun to visit. 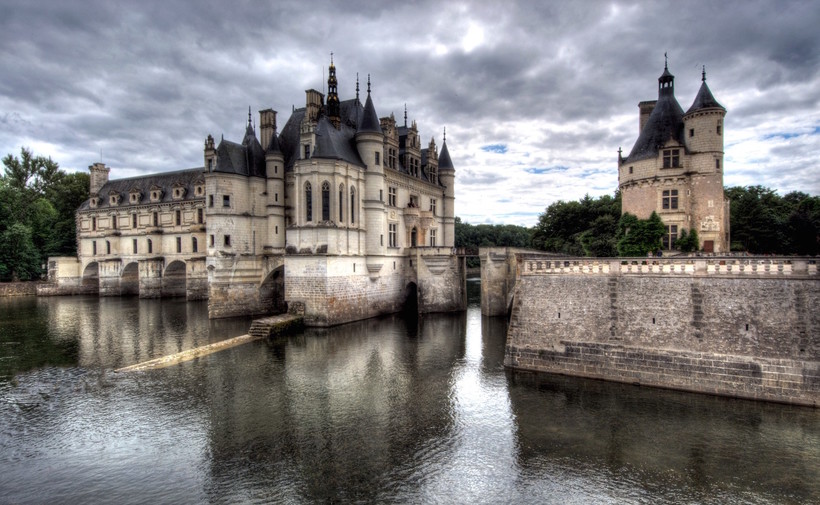 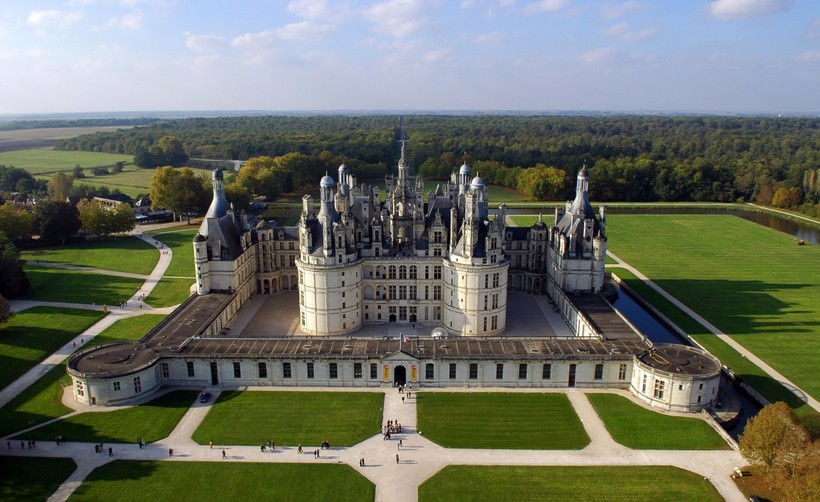 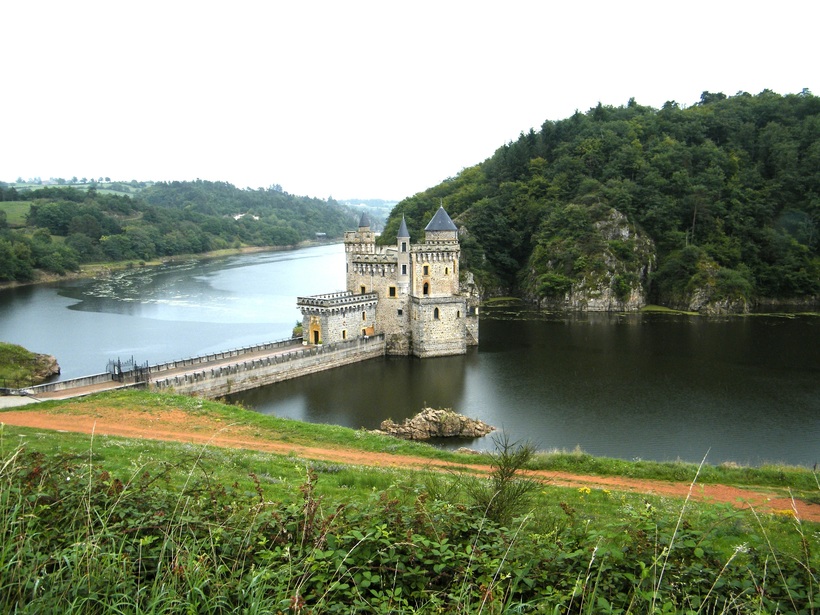 The Loire Valley divides France into north and south and is the real heart of the French kingdom of the XV-XVI centuries. There are about 40 castles, each of them in its own way beautiful. These places are imbued with the energy of the Middle Ages, and the colorful villages and delicious French cuisine make the trip even more exciting.

The most popular castles are Chenonceau, Amboise, Chambord, Fontainebleau. 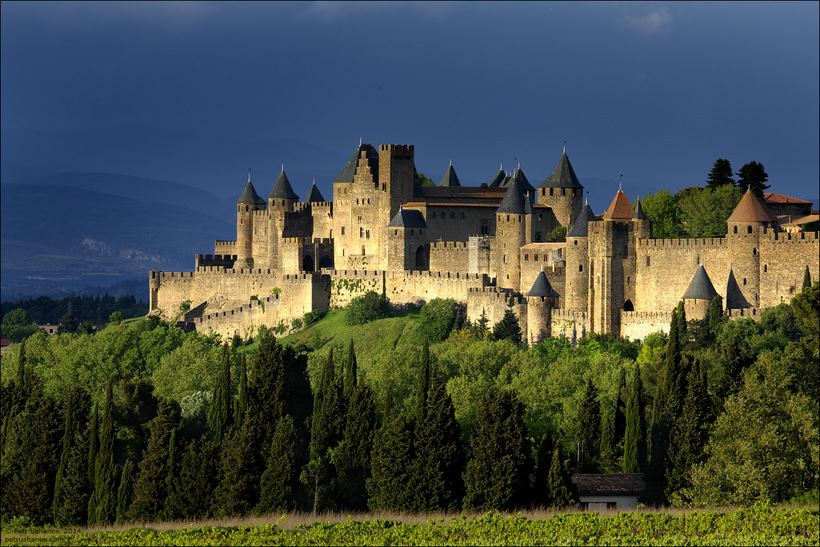 Another one of the most visited attractions in France, visited by up to 4 million travelers annually. The fortress is located near the Spanish border.

Near the castle is a small town Carcassonne with a population of about 50 thousand people. Here are preserved old houses, which give Carcassonne a special atmosphere. 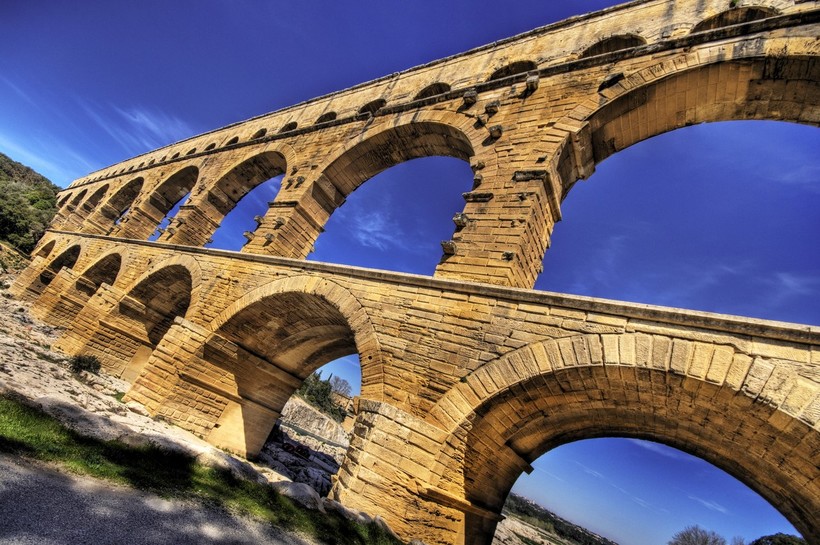 This imposing structure is the tallest Roman aqueduct extant today. The bridge was once part of a 50-kilometer long aqueduct that led from Uzès to Nîmes. After the fall of the Roman Empire, the aqueduct ceased to function, but it was used as a bridge for carts.

Getting to the main entertainment complex of Europe, the legendary Disneyland, is a dream of not only every child but also many adults. Almost 2 thousand hectares of wonderful fairy-tale atmosphere that will give a thrill to the soul and allow you to travel to other galaxies, reach for the stars, see a fire-breathing dragon or make an adventure in the spirit of Indiana Jones. It is one of the largest and most famous art museums on the planet, which is located in the center of Paris.

The Louvre Palace was originally built as a fortress in the 12th century, since then it has been expanded many times, and finally it took on its modern appearance. Today the museum keeps about three hundred thousand exhibits, but in the halls represented about a tenth of all this wealth.

The Louvre is the most popular museum, with over nine million visitors a year.

Join our community on Telegram, there are already over 1 million of us 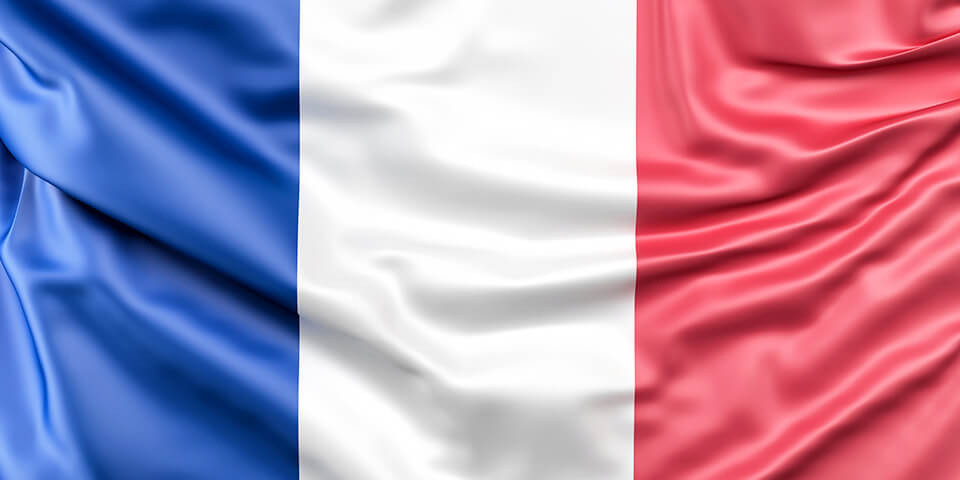 France is a country of romance, love, sensual emotions, walks till morning. On its territory you can find everything – the Alps, the beautiful beaches of the Côte d’Azur, the famous Champs Elysées, the Eiffel Tower, Versailles and other attractions.

The sheer diversity of France makes it an ideal place for tourists to visit. In addition, this country has a rich history and for many centuries is one of the most influential in Europe!

France is an amazing country, which attracts millions of tourists every year. There is a lot to see here, from the unique natural treasures to the incredible architectural monuments. However, to get to know this diverse country even better, it is best to visit it and see everything with your own eyes!