An oak chapel in a French village 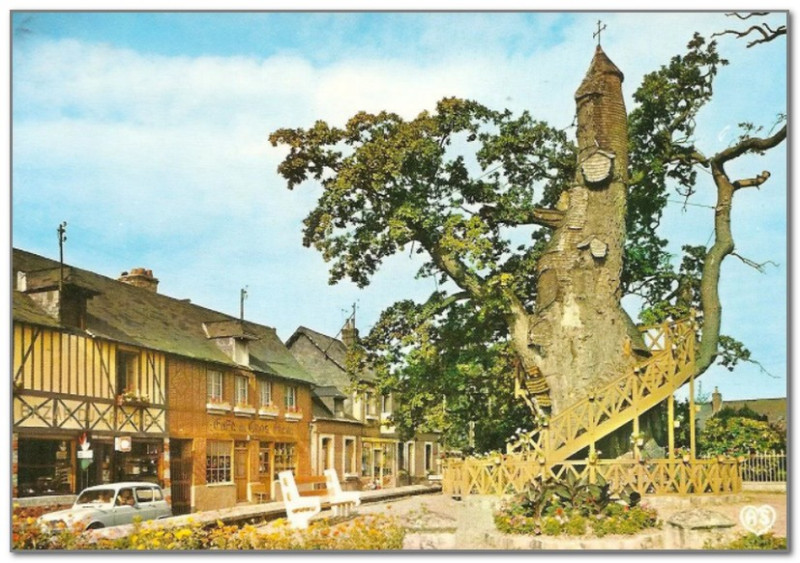 Man’s desire for God can sometimes be overwhelming, and on the wave of the rise of religious feeling, people are sometimes able to create completely unique things. For example, to arrange a chapel right in the trunk of a huge thousand-year-old oak.

This unusual sight is located in the small French village of Allouville-Belfosse, halfway between Le Havre and Dieppe.

Exactly how old the oak itself is is unknown, but scientists believe it to be at least 800 years old, perhaps as old as 1,200. In any case, it is one of the oldest trees in France and is now protected by the state. 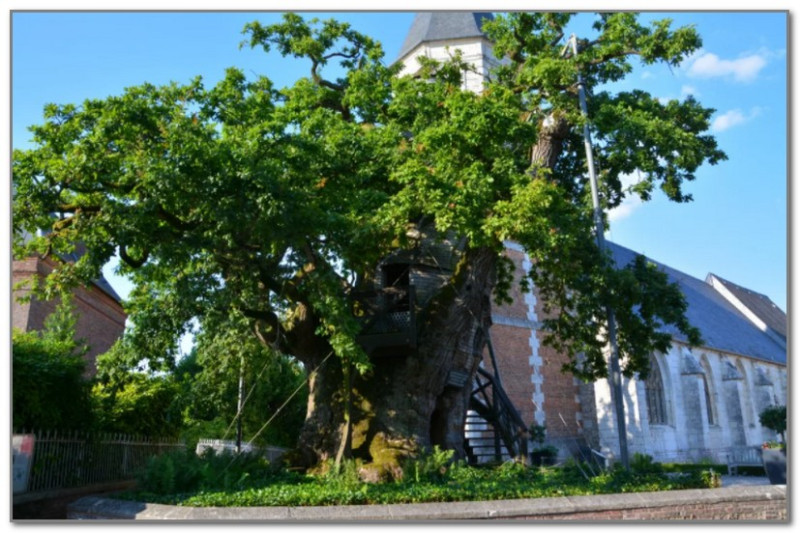 The size of this venerable representative of wildlife is also quite impressive – 18 meters in height (about 5-story house) and attention – almost 16 meters in girth!

According to local legends, the oak was planted back in 911, in memory of the founding of Normandy. And it was at its foot a century and a half later William the Conqueror rested before he went to conquer England. 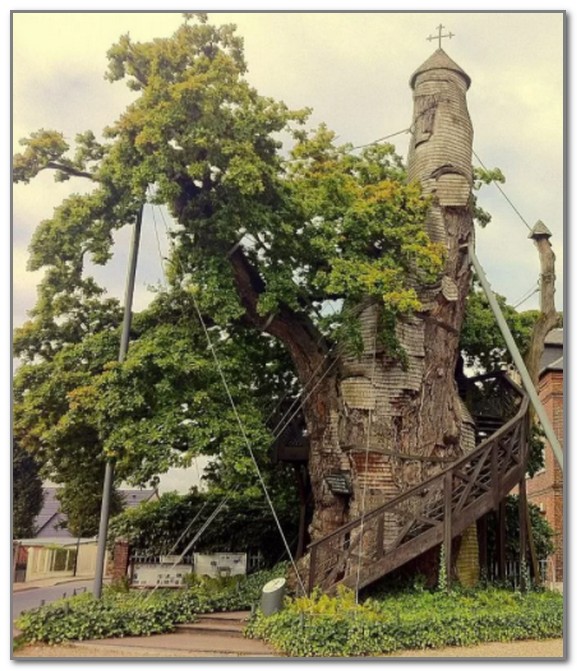 But as the years passed, the tree gradually grew old and a natural cavity was formed inside it, which beckoned to anyone who dreamed of solitude.

And so, in 1696, a local priest, an abbot of Detroit decided to test the capacity of this cavity. He promised a cash reward to any boy who could penetrate the oak tree. As a result of the experiment, as many as 40 boys fit inside the tree at a time!

Satisfied with the experience, the abbot set up two chapels in the bowels of the oak. He dedicated the lower one to the Virgin Mary and the upper one to the Tortures of the Cross. 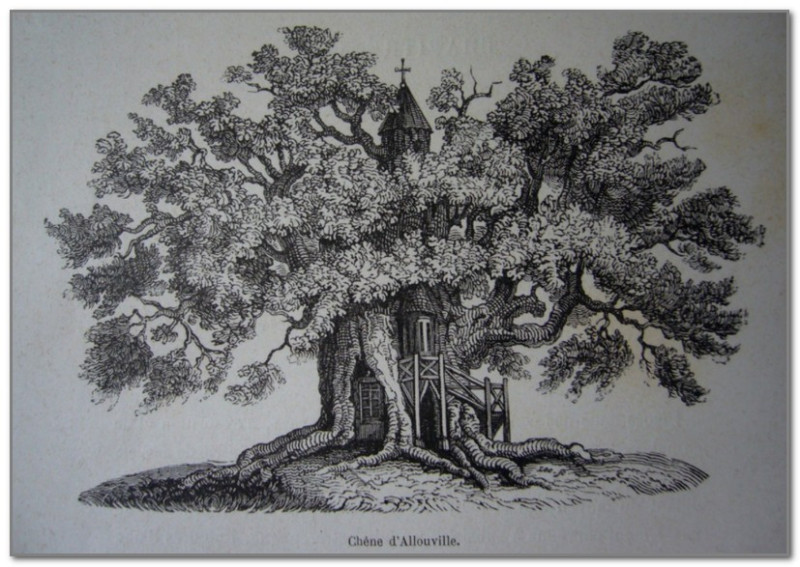 The first thing he did was to mend all the cracks in the oak, and then he constructed among the branches a small bell tower with an iron cross on top. Inside, a small altar was built in the chapel of the Virgin Mary, illuminated by a hanging lamp.

READ
17 Best Beaches in the City of Santa Cruz, USA

This idea appealed to the taste of many local residents. And in 1710, a friend of the Abbot of Detroit, Father Du Serceau, began to use the upper chapel as a hermit’s cell. There he escaped the hustle and bustle of the world and spent his time in prayer. He sometimes wrote poetry and dedicated an entire poem to the oak tree that sheltered him. True, after Cerso’s death, no one ever occupied his “green cell” again. 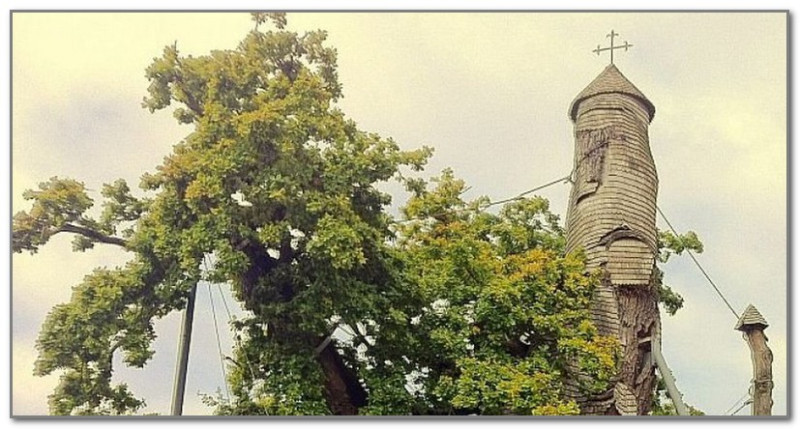 And there was no time for it. Soon the Revolution broke out. Of course, such a striking landmark as the chapel in the oak could not escape the eyes of the Jacobins, who dreamed of creating a new religion of Reason.

They destroyed without pity everything previously considered sacred; even Notre Dame de Paris was on the verge of being destroyed, not to mention the provincial shrine. Moreover, over the years, many legends have been made about the mystical power of the oak, and the new “progressive” authorities hated legends and mysticism even more than they hated religion. 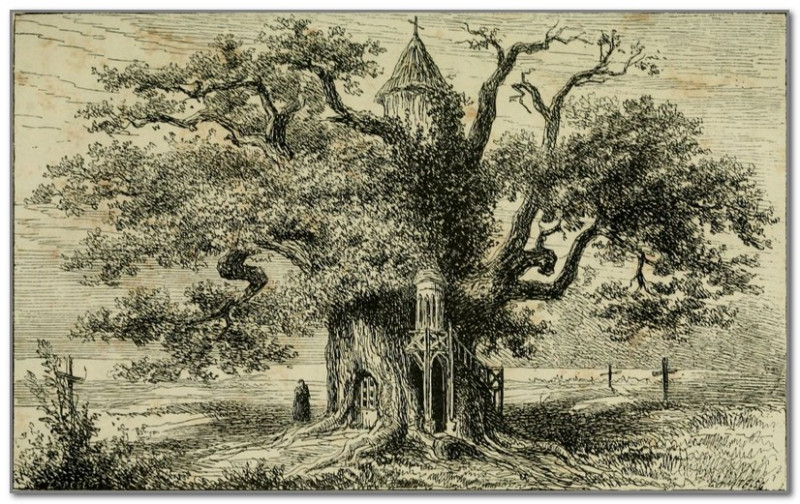 The tree was saved by a simple village teacher, Jean-Baptiste Banner. He quickly realized what idea the revolutionaries were obsessed with, and hung a sign on the oak tree “The Temple of Prudence.

The bad years passed, the monarchy in France was restored, and respect for the sacred returned. Then, Empress Eugenie Montijo, wife of Napoleon III, even donated a beautiful gilded statue of the Virgin Mary to the chapel.

In the life of the oak came quiet times, but the chapel in it gradually dilapidated and slowly deteriorated. In the middle of the XIX century, restoration was already necessary. Then the amazing structure was restored by donations. Soon it was granted the status of a landmark, and now all the care of maintaining the chapel in good condition fell on the inhabitants of Alluville. 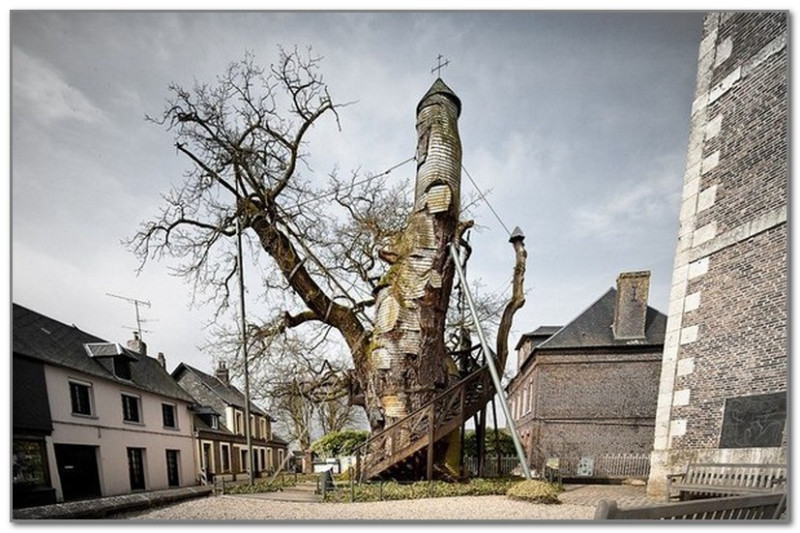 The next attack came whence one could not expect. In 1912, lightning struck the tree and chipped off half of its trunk. The oak survived, the chapel was rebuilt again, but since then they have been watching them even more carefully.

Today, the Alluville Oak is considered one of the most popular tourist spots in this part of Normandy. And restorers have to constantly protect the venerable tree from the influx of tourists.

Let us hope that their efforts are not wasted and the ancient chapel in the branches of an even older tree will remain the main relic and pride of the quiet French village for many years to come.