The cost of visas is 60 euros. Bus Minsk-Vilnius 18 Euro round trip. Air flight by Rayner company on the route Vilnius-Rome 47 Euro, Rome-Vilnius-64 Euro in total 111 Euro. Train Rome-Formia, Formia-Rome for 9 Euros. As our family is large, we booked an apartment for 8 people including two children. Reserved through the Italian website for renting apartments. The cost from 30.06.2015 to 14.07.2015 amounted to 900 euros for all. The apartment was right next to the beach, so at a higher cost.

The cost of groceries in the store is almost the same as ours. Dairy products more expensive, but good wine can be bought for 1.5-2 euros per liter. The cost of fruit is within 1-2 euros per kg. Watermelons are 25 cents per kg, melons 0.5 cents per kg. Freshly caught fish in the morning in specialized stores costs from 8 to 15 euros per kg. If you buy it frozen in a supermarket, then 3-4 euros. Shrimp, squid only from the sea – 10-12 euros. For dinner in cafes, pizzerias on average 6-10 euros per adult without alcohol.

You should take into account that the beaches in Formia are mainly paid, between them there are small strips of free, but on weekends many Neapolitans come. It is dirty and noisy. On paid beaches the price for an umbrella and two sun beds is 12 euros per day. The reason we paid at once for the whole period of the holiday cost us 150 euros. On our beach was a playground, which is convenient with children. There were animation programmes.

We thought that in June it would be the beginning of the beach season in Formia, but last year this month was very hot. The average daytime temperature was about 28-30 degrees. The sea was already pretty well warmed up.

READ
Armenia - practical information. All you need to know before travelling to Armenia

We chose Formia for two reasons. First, it is quite easy to get here. It took us less than two hours to get here from Rome. And the trip was not very tiring. Secondly, this place is not very popular among our compatriots. Our people usually go to Rimini or Gaeta. And there’s a clean sea and a sandy beach.

We had the usual kit – a minimum of clothes, mostly beach gear, first aid kit and money. The rest we bought everything else on the spot.

We stayed at the Grande Albergo Miramare. It is very beautiful, located in an old mansion, even a queen once lived here. We were offered a room on the third floor in Villa Bianca. Two full rooms, windows overlooking the courtyard, there is a balcony with a small table. The service is excellent. The only downside – the hotel passes by the highway to Naples and there is a very busy traffic.

Formia is a small town, but there are many ancient sights. After all, it was the residence of the kings. There are a lot of beautiful old houses in the Castellón neighborhood. Most of them are quite dilapidated, but they preserve the spirit of the era. There are a few old towers, a dozen temples (we were in the Cathedral of St. Erasmus and the church of Santa Maria del Castañeto, which is almost 900 years old). Separately, I want to mention the old Roman theater and a huge statue of Christ the Savior. There is also a small city park. But the entertainment in the form of amusement parks or water parks is really not enough. There are not even any normal nightclubs. At night the city just stands still.

There are only two kinds of excursions in Formia itself – a sightseeing tour through the city’s quaint neighborhoods and an excursion to Cicero’s tomb. You can take an excursion to Gaeta (the most striking impression – a split rock and a temple built over the cliff), as well as in Naples or Pompeii. If you want to get acquainted with the local flora and fauna, you can go to the regional park “Gianola and Monte di Scauri”. There is also the “Parco Sospeso”, where you have to overcome obstacles in the trees. You have to do all this at a height without touching the ground. Quite fascinating.

The beaches in the city are clean and well maintained. We mainly rested on a private beach, which belongs to our hotel. It is perfectly equipped, there are all conditions. A 10-minute walk from it there is a port, you can rent a boat or sign up for a boat ride to the islands. On the beach itself there is a lot of entertainment, from water skiing to diving offers.

On a parallel street to the hotel there is a CONAD supermarket, where you can buy everything you need. There are no expensive boutiques in the city. There are the usual stores that are open from morning to afternoon and then after the siesta, from 17 to 21. There are a lot of souvenir shops, offering mostly wooden items, crockery and weapons. In each of these stores a lot of handmade rosaries. They are most often bought by tourists.

We ate at a restaurant in the hotel, which was one of the most popular in town. While we had a rest, it played two weddings)))). There is also a pizzeria 10 minutes walk from the hotel, the pizza there is really delicious.

Formia is a great place for a quiet family vacation, away from the hustle and bustle. 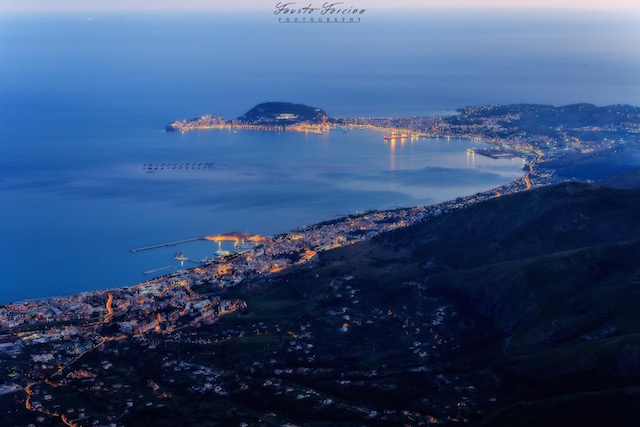 Author of the article: Tanita Bushueva, VivereFormia Project *** Today we will focus on the beautiful city Formia, located between Rome and Naples, in Latina province of Lazio. The beauty of this town was already appreciated by the great writers of the past centuries who traveled in Italy, one of them being Hans Christian Anderson who, in 1840, went from Rome to Naples on horseback:

“The weeping willows flutter in the wind! The road winds like a snake, creeping up the slope past ramshackle fortifications and olive groves, illuminated by the red evening sun! Above us on the mountain is a picturesque town, with peasants moving along the road below! These mountains are full of poetry! Come here, you who can sing it! Saddle me! My poets in the carriage are lazy! We shall ride away on a clear, starry evening, past the cyclopean walls, from which the thick ivy hangs, draping caves that may be sheltering a brigand! past the dilapidated graves, where Cicero fell under the blows of daggers! Amid tall laurel hedges and shining lemons we shall drive up to his villa! This night we shall dream in the Mola di Gaeta!” “The Poet’s Bazaar,” Hans Christian Anderson, 1840 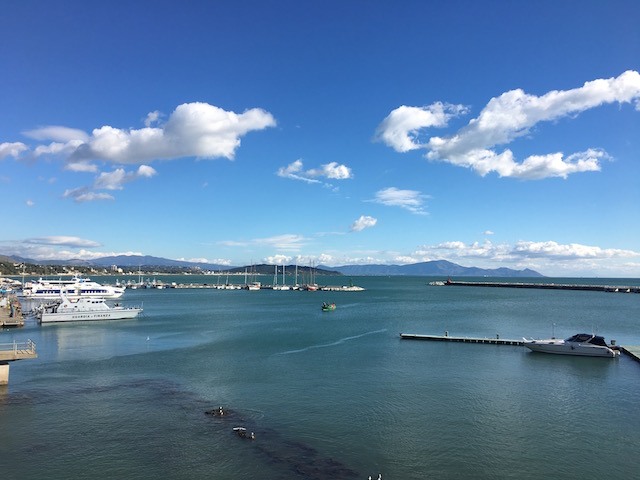 Formia’s unique location, between the mountains and the sea, helps maintain an excellent climate throughout the year. The Aurunci Mountains shelter from the northern winds, and the air of the Tyrrhenian Sea softens the summer heat. During the summer many Italians choose Formia for its beach holiday because of its beautiful sandy beaches and numerous tourist facilities. The historical center of Formia deserves a special attention with its historical and archaeological monuments.

READ
4 amazing and interesting things to do in Vietnam

Two places worth seeing in Formia are the Moli and Castellone districts. 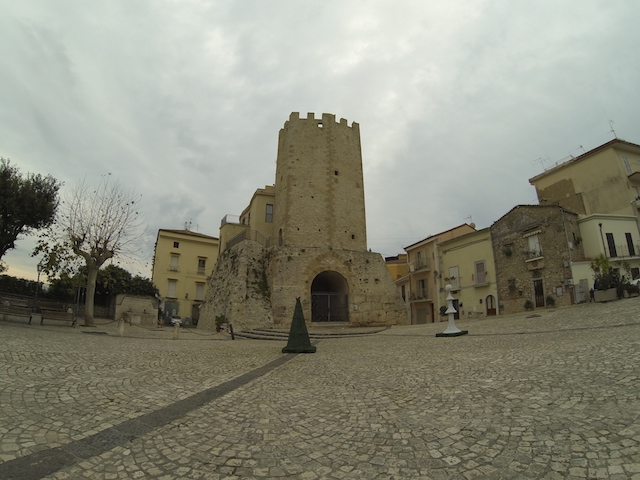 The Castellone area has managed to preserve its antique image in spite of the centuries; today the tower belt of 12 original towers, destroyed during the Second World War, no longer exists; today only two of them, one created during the Republican era, the Torre dei Caetani, and the other one called Torre dell’Orologio (Tower of the Hours), because of the presence of a majolica clock of the 18th century, are left. If you continue along the streets of the neighborhood, you’ll come to the Cisternone Romano, a grandiose hydraulic structure of the 1st century B.C., designed during the Roman Empire. The structure is so strong that it can supply the houses and streets of the neighborhood. After 2,000 years, this historical monument can be visited. It is worth noting that it is the only Roman-era structure preserved in all of Italy. Also worth seeing is the Duomo Sant’Erasmo, a Renaissance style church with three naves. Inside, there are an anonymous 18th-century painting and a tombstone of a noble family, the Marzano, from 1968, and an 18th-century altar in which there is a wooden statue of a saint. 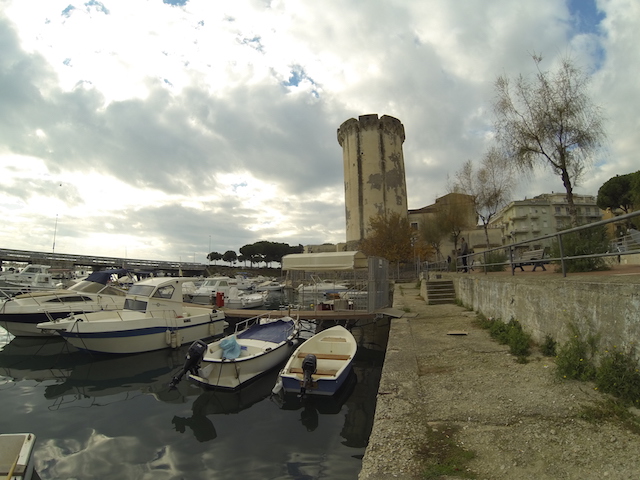 Another area, the Mola, where strolling through the streets you can make other interesting artistic and architectural discoveries, like discovering the remains of Castello Angioino in the 10th century Mola, remembered by a cylindrical tower, 27 meters high, from the 13th century. This area is full of restaurants with local cuisine, usually fish and seafood pasta. Be sure to try the Polipetti affogati (small size octopus stewed with tomatoes). Driving along the road that connects Formia and Gaeta you will see the Nerva, the Roman Emperor’s Wall that reaches the sea and is a monument of great tourist importance that needs to be restored. Unfortunately, much of it was destroyed during the construction of the road. 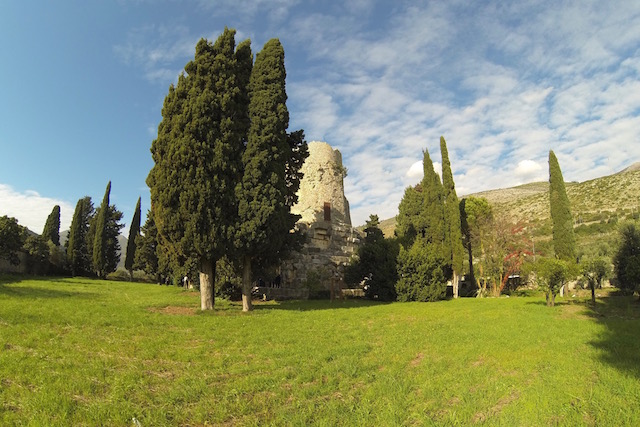 According to the historian Strabo, Marcus Tullius Cicero loved Formia and spent his time here. He was assassinated in 43 B.C. Legend has it that the great orator was buried there, even if his remains are now in Rome.

How to get to Formia from Rome

Intercity – Express (1.10 hours) or Regionalale – Regional* (1.30 hours) to “FORMIA – GAETA” station. *If you want to stay there for just 1 day, a BIRG 7 ZONA ticket is a good value, as it gives you roundtrip travel and travel on all public transport in Rome for just 14€, while a single one-way regional ticket costs 8€. It does not apply to Intercity trains! 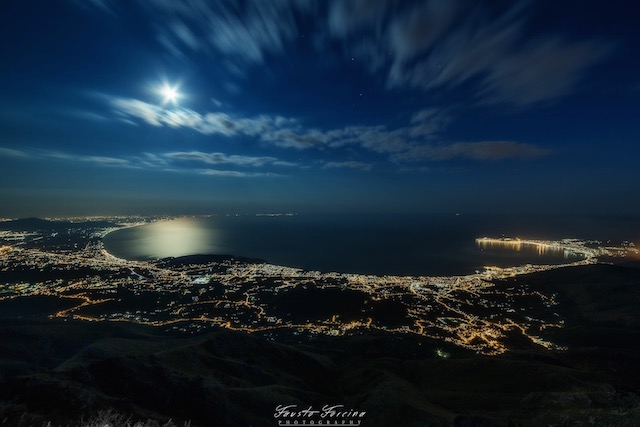 Thanks so much for the article to the Vivere Formia project! This is quite a young project, which aims to increase the recognition of the city of Formia and attract new tourists! You can support the guys by subscribing to their pages in social networks! Photos courtesy of the project Vivere Formia!