Finland’s nature is the first thing that attracts tourists to this wonderful country. Pristine lakes, beautiful forests, sea coast and a beautiful northern lights. And not every country can boast such a variety. The border with Russia, Norway and Sweden. From Poland and Germany Suomi is separated by the Baltic Sea.

Across the Gulf of Finland is Estonia, to which modern tourist ferries run daily. In this case, almost ¼ of the country is above the Arctic Circle and there are about 455 inhabited islands. The territory is mostly flat, but there are some highlands.

Talking about the highest point, it is Mount Halti in Lapland, the height of which is 1328 meters above sea level. Almost 60% of the territory is occupied by forests, another 10% is water, which Finns effectively use for timber floating and the organization of transport links.

It should be said that about 1/3 of the whole territory is swampy. The country’s location in the northern latitudes has contributed to the formation of natural bays, and if you look at a map of Finland, you can clearly see bizarre blue patterns on it – these are numerous lakes and rivers.

Note that in total in Suomi about 180,000 lakes and the largest of them is called Saima, located in the south-east. Almost all reservoirs range in age from 8,000 to 10,000 years and their depth ranges from 5 to 20 meters, and in some reaches almost a hundred meters. 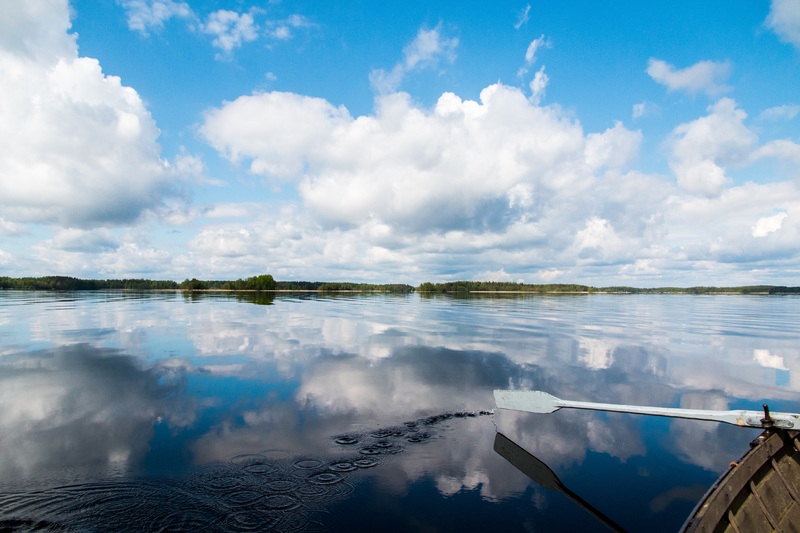 There are many fish in the local waters, which attracts many avid fishermen to this country. Large perch, pike, trout, salmon, bream, eel are found here in abundance and catching them is a pleasure.

For a comfortable stay of tourists in nature, in Finland built comfortable cottages, where you can stay in a friendly company or spend quality time with family.

Barbecue, Finnish sauna, fishing, in summer – boating, biking, and in winter – skiing, skating and sledding will make the rest active and healthy. Also popular are hiking and biking trails, canoeing, kayaking and boating.

If we talk about the Finnish forest, most of the trees are conifers, pines and spruces. Thanks to this unique feature of Finland’s nature, the air here is clean and healthy, so Suomi is considered a great destination for eco-tourism. 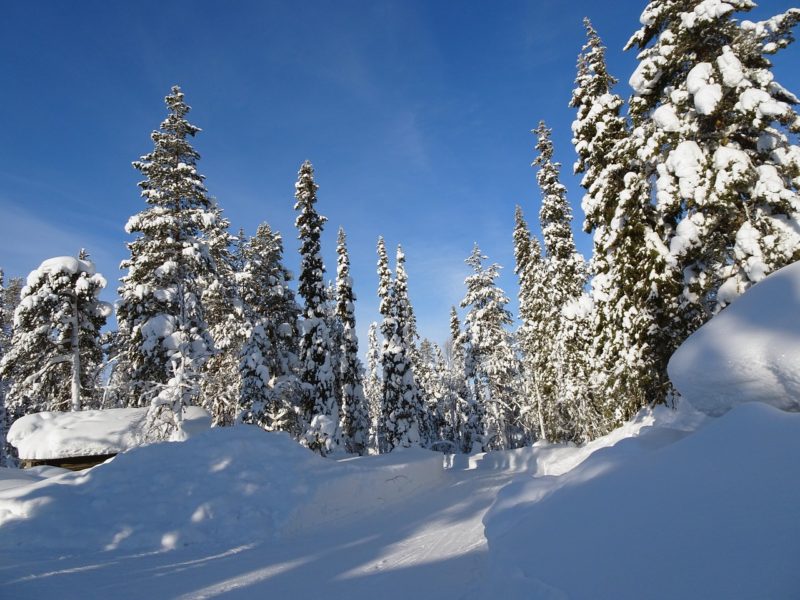 Visitors from Russia are also pleased with the white birch trees, which occupy about 15% of the total number of growing trees. In addition, there are many ferns, mosses and lichens. In the forests tourists will find plenty of ceps, chanterelles, aspen mushrooms, cranberries, lingonberries, blueberries, cloudberries, and wild raspberries.

It must be said that Finns take great care of the forest ecosystem and are very fond of the national parks, which are open to visitors free of charge. However, there are clear rules for all visitors – it is forbidden to kill animals, cut down trees, light fires in inappropriate places and litter.

An important feature of Finland, which is worth to learn from other countries, is to educate people about the rules of conduct in nature. This helps to minimize forest fires, which almost never happen here. When vacationing in nature in Finland, you can stay in a “laavu”.

So Finns call special sheds, under which you can rest away from civilization. Under these sheds there is a place where you can cook food, there is firewood, it is also allowed to pitch a tent. Also popular with tourists is Patsaspuisto Park, also called the mystical forest. 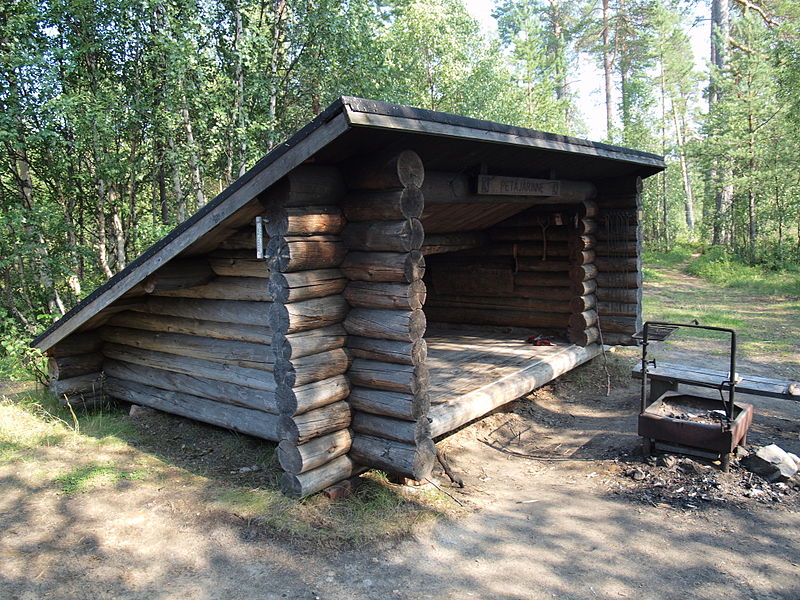 This is a private park where you can see almost five hundred original sculptures by Veio Renkkenen. The concrete sculptures are frozen in unusual poses, and their faces are maddening and frightening. You can learn more about the history of the forest and its role in Finnish life in the LUSTO Museum, where there are numerous exhibits related to the forest.

What is characteristic of Finland’s nature is that it is surprisingly good. The animal world is represented by numerous species of birds, reptiles, predators and insects. The forests are inhabited by wolves, wolverines, brown bears, weasels, hares, foxes, sables, moose, deer and nearly 60 other species of mammals. Lake Saimaa is home to the Red Book listed ringed seal. 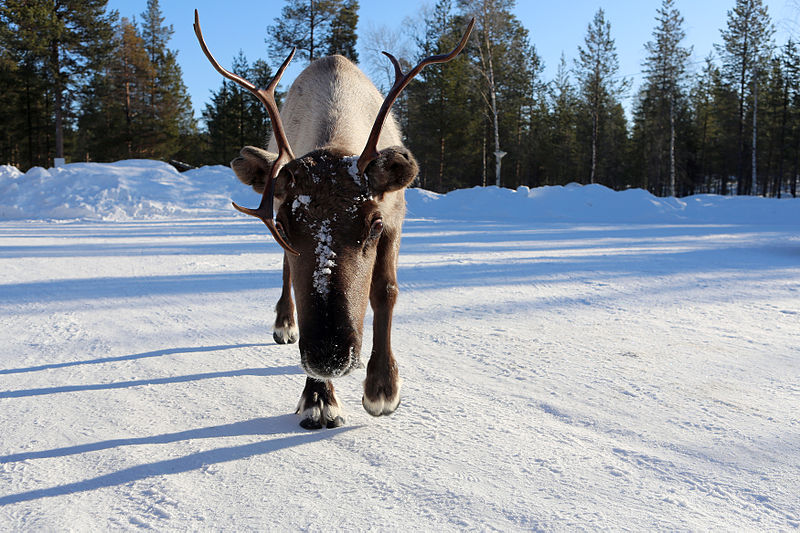 Almost 400 bird species from falcons and owls to gulls and whooper swans are carefully studied and watched by thousands of tourists and photographers hunting for beautiful pictures. Anyone who wants to see raptors up close, in their natural habitat, can recommend a guided walk through the reserve.

For tourists offer an overnight stay in special shelters, from where large animals will be well visible. Every year, visitors and locals witness the migration of swans.

In winter and autumn, moose and deer are active, which often run out on the road and can be a serious threat to motorists. It is worth carefully watching the warning road signs and slow down, but if a collision does occur, it is imperative that you call the police at 112. 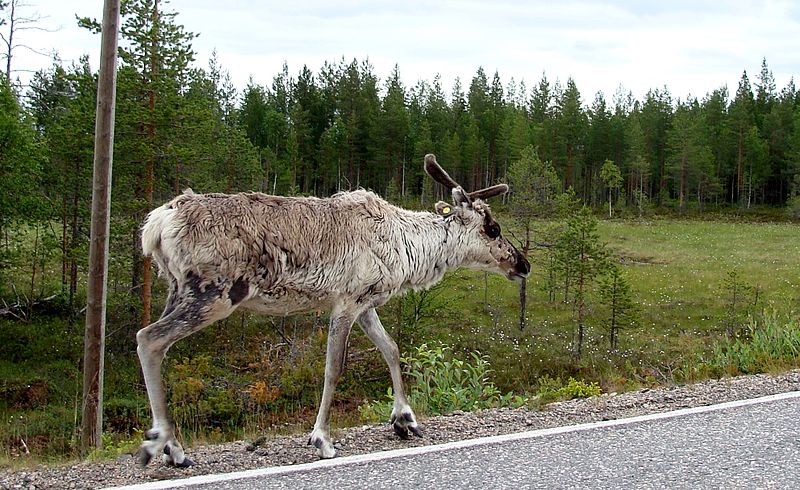 It is not only in the forests of Finland that you can see wild animals. Even in small towns and cities they are common. Locals are not surprised to see a hare or a fox on an ordinary street. Animals reach out to people for food and, as a rule, do not behave aggressively. The unusual geographical location of the country also affects the climate.

Winters in the country are wet and cold, the snow cover remains for 4-5 months, and in Lapland even longer – up to 7 months. It is quite often possible to see the northern lights, which can be observed from late September to about the end of March. The Lapland region is considered the best places to watch.

Spring is the time of year with minimal precipitation, with less rain on the coast than inside Finland. In general, Finland’s climate and nature are harsh, but you can easily adapt to it.

Therefore, comfortable here will be those who do not like the intense heat and heat. In our next article we will tell you about the Baltic Sea, where you will learn its location on the map, what Finnish cities are built on its coast and interesting places to visit.

The amazing nature of Finland

Geographically, Finland is located on a large peninsula that is washed by the waters of two Baltic bays to the south and southwest, the Gulf of Bothnia to the southwest and the Gulf of Finland to the south. The south-western extremity of Finland is longer than the southern one and is more indented with numerous skerries and bays, which makes this coast quite complicated for navigation, though the average depth of the bays is about 50-60 meters. The salt content of the gulfs is not as high as in the Baltic Sea as a whole, so the water freezes for up to 6 months a year near its shores.

Climatic features of the country

The climate and nature of Finland has a certain similarity with the northern regions of Russia, but at the same time bears the features of originality and uniqueness. This is primarily due to its proximity to the ocean, which makes winters not so severe, even in the north of the country in Lapland, and in summer comes a moderate heat, sufficient for sunbathing and swimming in the many lakes and rivers.

Finland is characterized by a large number of forests, lakes and rivers, especially in the central and north-eastern part of the country. The forests are dominated by conifers such as spruce and birch. Everyone is well aware of the Karelian birch, which is firmly associated with the image of Finland in the world. Closer to the south of the country, oaks and lindens begin to appear in the forests, but the thin thickness of the fertile soil layer does not allow them to compete in size with their relatives from northern Russia.

But Finland’s main brand, if I may say so, is its lakes. They were formed at a time when this part of the continent was covered by a huge glacier. During its melting there were made holes in the granite rocks, in which the Finnish lakes with surprisingly clean and clear water were formed. The origin of the glacier explains also the fact that most of the country’s lakes are narrow and oblong in shape, directed from north-west to south-east in the course of the shifting ice mass. It is the lakes that Finland’s nature has to thank for its uniqueness and uniqueness. Altogether in Finland there are almost 190 thousand lakes, and their water surface covers more than 10% of the country. The largest concentration of lakes is in central Finland, close to the border with Russian Federation, this area of the country is called “Land of Lakes”.

Most Finnish lakes are of flowing type, i.e. they are connected to each other by numerous channels and rivers. For example, the largest lake of Finland Saimaa has in its water area 13 thousand islands, which form tens of thousands of lake straits, and geographers are still arguing over whether Saimaa is a lake or a real lake system in the form of a peculiar lake archipelago. Lakes in Finland have a highly indented shoreline, so the country’s second largest lake, Lake Inari, has the longest shoreline in the world in relation to its water surface area.

A few words about Finnish rivers. Compared to the age of the lakes, the country’s rivers are relatively young and their channels are not yet fully formed, which explains the presence of more than 2 thousand chutes, rapids and waterfalls, some of which are of great power. On the Oulu River there is Pyuhekoski Waterfall, which has a capacity of over 100 thousand horsepower, but even more powerful waterfall on the river Vuoksa called Imatra, and a total of this river has five major waterfalls and large rapids systems with strong currents.

READ
Kilimanjaro is one of the symbols of Africa

The lake region of Finland is a favorite vacation spot not only for Finns, but also for many foreign tourists. The region has one of the most developed tourist infrastructures in Northern Europe. Great efforts have been made to ensure that the nature of Finland is not only intact, but also organically integrated into the system of tourist recreation and entertainment. The basis of this system are numerous cottages, tourist villages and spas that are built on the banks of lakes and rivers. The cottages were built so that you can live in them all year round, regardless of the season and weather conditions. Each has several bedrooms, a living room with a fireplace, a kitchen with all the equipment for cooking and storing food, as well as a room with Finnish sauna. Thus, many in the world and Finland is associated with a picturesque picture of a cottage on the lakeside, surrounded by pine forests, and a separate structure of Finnish sauna, from the chimney which rises light smoke.

Among the main types of recreation in the lake region should include fishing, including underwater, hiking in the woods to collect berries and mushrooms, as well as such an extreme way of recreation, such as rafting – descent down the river rapids on rubber rafts.