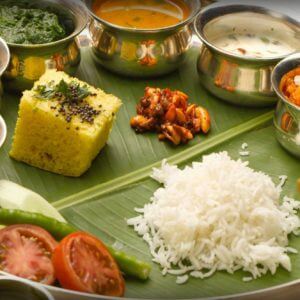 India has a rightful reputation as one of the most mysterious and original countries in the world. It is often called the “mother of all civilizations”. And this is true. India is a country with an absolutely incredible cultural heritage, in which the national cuisine plays an important role.

Cooking in India is not only an art, but also an extremely complex philosophy. Therefore, going on a gastrotour in this country, you should first at least in general terms study the basics of Hindu beliefs about food, its types and ways of eating it.

The science of proper nutrition is one of the major themes in the Vedas, the religious books of the ancient Hindus. Thus, according to them, all foods are divided into three groups, which correspond to the three states of material nature: ignorance, passion, and goodness [1] .

“Ignorant” foods include meat and fish dishes, tasteless, spoiled. “Passionate” foods are very spicy, sour, salty, overcooked, hot, too sweet. Finally, “wholesome” foods are vegetarian, dairy foods. Such dishes are not too spicy and yet not too bland, they are not cold and not hot, they are not lean and not too fatty. According to Vedic cuisine, it is the “good” foods that are energetically balanced [2].

In addition, India has one of the oldest cooking systems in the world. It is extremely sophisticated and requires the combination of five tastes in a dish: sweet, salty, sour, spicy, and astringent [3].

3] It is believed that the sweet taste is the most satisfying. Sour is responsible for the vitamin and mineral composition of the dish. Spicy flavor is the medicinal properties that spices give to food. Salty is the energy that our body needs. Finally, the components that make food taste astringent help cleanse the body of toxins, help naturally remove metabolic waste products and slow the rate of accumulation of fat reserves. 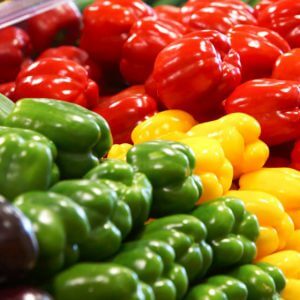 Today Indian cuisine is quite deservedly considered one of the most exotic. It combines the centuries-old traditions of the local population with trends that were introduced into the country from outside. As a result we can distinguish the following features of Indian cuisine.

READ
The 5 best places to see in Venice

Wheat, pulses, and rice are the mainstay of Indian cuisine. Most Indians eat rice at least once a day. Local chefs know a huge number of ways to prepare it. Rice with vegetables and spices is used to make pulao, a special Indian pilaf. For dessert in India they often serve rice cooked in milk with added sugar, spices and spices. Even an ice cream called kulfi is made from this cereal. They add chopped nuts, vanilla, and rose water to it.

Legume dishes in Indian cuisine are one of the main sources of protein. Wheat flour is used to bake a variety of tortillas, sometimes mixed with barley and millet. 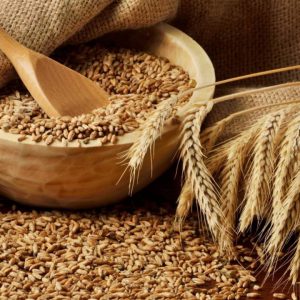 Vegetables are widely represented in the Indian diet. Vegetable stews (sabji) and stuffed vegetables in a sauce of yogurt and nuts are very popular. A popular snack is fried greens, known in India as shak. This dish includes parsnip roots, fresh spinach, beet and radish leaves, cabbage, chicory shoots, etc. The greens are first steamed and then fried in a cornmeal and spice sauce.

Potatoes in India are used to make stew with eggplant in a yogurt and coconut sauce, roasted with carrot straws in a spicy yogurt and sesame sauce, and served with clarified butter, which is called ghee here.

Ghee has a special attitude to ghee in India. Here it is considered a sacred product, which is an indicator of a family’s well-being. Ghee is traditionally believed to have rejuvenating and restorative properties as well as immune system strengthening and normalization of the digestive system and all internal organs.

In spite of the fact that most Indians are vegetarians, coastal inhabitants eat fish and seafood. Fish fillets are cooked in a tomato sauce, with curry, ginger, and mushrooms, in a sweet and sour sauce with curry peppers, with coconut sauce, and stewed with apple, carrot, and ginger root.

As noted, meat dishes are not very common in India. Beef is completely banned, and in some parts of the country where Muslims live, pork is also on the black list. Chicken, rabbit and lamb can be eaten. The most common meat dishes are roast and some kind of kebab, which differs from the European version in that the meat is kept longer in a marinade.

READ
10 things to do in Vienna, Austria

Traditionally in India the food is served on a special tray or on banana leaves. Metal katori cups are placed on the tray and portions are placed in it. 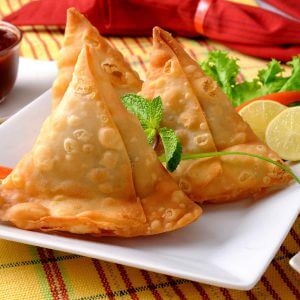 Breakfast in India most often consists of samosas. These are triangular-shaped patties with a spicy filling, usually of potatoes or other vegetables. These pastries are often sold by peddlers in the streets and markets and in the vicinity of places of interest.

Indians also often eat breakfast pakoras, vegetables cut into small pieces and fried in a batter. These can be potatoes, eggplant, or cauliflower. Various spices are usually added to the batter: garlic, cardamom, saffron and curry.

Puri, a mandatory component of a traditional Indian breakfast, are puff pastries. They are fried in oil and served with stewed vegetables or with potatoes in spicy sauce.

Another element of the morning meal is dosa, a huge, very thin pancake made of rice flour. It is served rolled up in a tube with several kinds of sauces.

Traditional lunch and dinner in India

The most common dish in the diet of not too well-off Indians is dal. It is a very spicy stew made from cooked legumes with spices, tomatoes and onions. Dal is usually served with wheat flour tortillas, called chapati [7].

Another dish of Indian cuisine that has gained worldwide recognition is curry. In fact, it is not quite correct to call it a dish, because under this name there is a whole group of Indian sauces that are prepared with beans, vegetables or fish and served with boiled rice.

Many foodies note that “side dish with side dishes” is one of the “chips” of Indian cuisine. For example, a popular dish is alu gobi, a type of curry. It is a potato and cauliflower stew prepared with the addition of spices. It is usually served with a plate of boiled rice.

Paneer is another popular group of dishes in India that can be served for lunch and dinner. It is a soft cheese that resembles Adigean cheese. Paneer in Indian dishes is present in fried and baked form. It is often substituted for meat in traditional Indian dishes. One of the varieties of paneer is palak paneer. It is a mashed spinach with bits of cheese and lots of spices [8] .

Sweets and desserts in India are high in calories. They are usually made from cereals, nuts, bean flour, dairy products, and spices. Ghee oil and fruits are also added. It is noteworthy that honey is rarely added to Indian sweets because, according to the Vedas, it is harmful to health when heated, and most local desserts are prepared by frying them in a mixture of fat and spices.

One of the most popular desserts in India is laddu. These are sweet balls made with nuts, spices, coconut and chickpea flour. They are fried in ghee oil. Gulab Jamun is another dessert made from a mixture of semolina and milk powder. This delicacy is fried in oil until the appearance of a hard crispy crust.

Among other Indian sweets, we should highlight the creamy fudge – burfi, which is made from butter and milk, and halawa, which has nothing in common with the usual halwa sold in European stores. Indian halawa is a delicacy made of semolina and butter, which is similar in consistency to pudding.

Khir is another dish served in most Indian cafes and restaurants. It is a sweet rice porridge cooked in full-fat milk with the addition of orange zest, almonds, and a huge amount of spices. 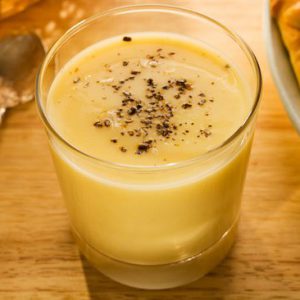 India is a paradise for those who love dairy products. Dahi is the Indian variety of sour milk, which is used both in sauces and as a separate drink and ingredient for other dishes. For example, in the northern parts of India, dahi is used to make condensed milk, rabri, and in the center, basundi dessert with the addition of sugar, nuts, and spices.

Another popular milk drink is lassi. Its consistency resembles drinking yoghurt. Lassi is served with salt or sugar and fruit.

Excellent thirst-quenching nimbu pani is a mixture of lemon juice and mineral water with the addition of the same spices. However, the favorite drink of the locals is tea. It is usually drunk in India with milk and sugar. Masala, a strong black tea with milk, cardamom, cloves, pepper and other spices, is very popular [9].

Despite the huge amount of fatty and fried dishes, Indian cuisine is considered healthy. The secret of its beneficial effect on health lies in the spices that strengthen the immune system, have a positive effect on the digestive system and help cope with colds.

However, nutritionists urge tourists to be extremely careful with the local delicacies. In a hot climate, the food spoils very quickly. In addition, people who have problems with the digestive system, should not be particularly fond of Indian delicacies precisely because of the large amount of spices in their composition: such a treat can have a detrimental effect on the gastrointestinal tract.

Wash the meat and chop it into small pieces. Cut onion and carrot into julienne strips. Soak the rice and barberry. Grind cardamom and peppercorns and mix with the main spices.

Pour oil into a wide frying pan and heat it. Season meat with salt and fry on high heat until golden brown. Pour the fat off in a separate container until it has cooked through.

Add two teaspoons of the spice mixture to the pan and roast the meat for two minutes. After that, add water, bay leaf, and stew over low heat until tender.

In a separate pan, fry the onions until golden. Add carrots and fry for 3 more minutes. Stir in the turmeric and pour in the liquid left over from cooking the meat. Add boiled rice and barberry to the meat. Stir and add meat to the pilaf. Stir again and add another teaspoon of spices. Put garlic cloves and stew for a quarter of an hour.

Ready pilaf put on the plate and garnish with grains of pomegranate.

Cut the cabbage into florets. Peel carrots and potatoes and cut into wedges. Cut the onion into half rings and the pepper into cubes. Finely chop the garlic and ginger.

Pour boiling water over the carrots, potatoes and cabbage. Boil for eight minutes.

Fry bay leaf, onion and cashews in oil for three minutes. Add the ginger, garlic and turmeric. Season with salt and fry for another minute. Add tomato paste and, stirring constantly, simmer for two minutes.

Add bell peppers and fry in the pan for two minutes. Mix all the ingredients together and stew until soft.