An island with a crown of clouds. One of the most amazing places on our planet! 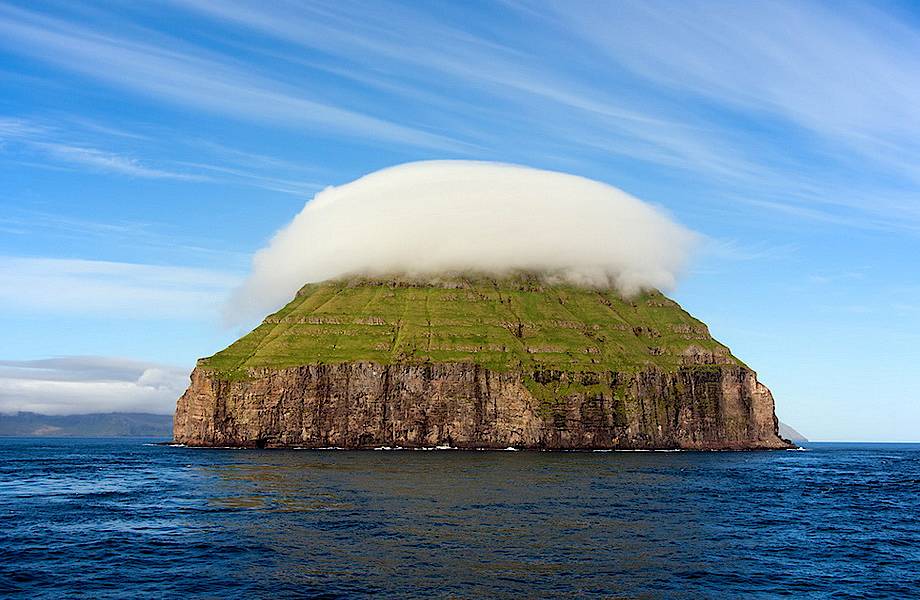 A group of 18 Faroe Islands, a secluded spot in the middle of the Atlantic Ocean, located in a remote neighborhood with Iceland and Scotland. Although the Faroes belong to Denmark, but since the middle of the 20th century, most of the governmental issues are resolved here without interference of the Kingdom.

Among Faroe Islands uninhabited island Luytla-Duimun, also known as Small Duimun is the smallest, its small area does not reach even one square kilometer. Its highest point is Mount Ravan, which rises to 414 meters. The uniqueness of this island is that right above it, a cap of clouds gathered, which seem to lie down to rest or take a nap. It looks just magical! 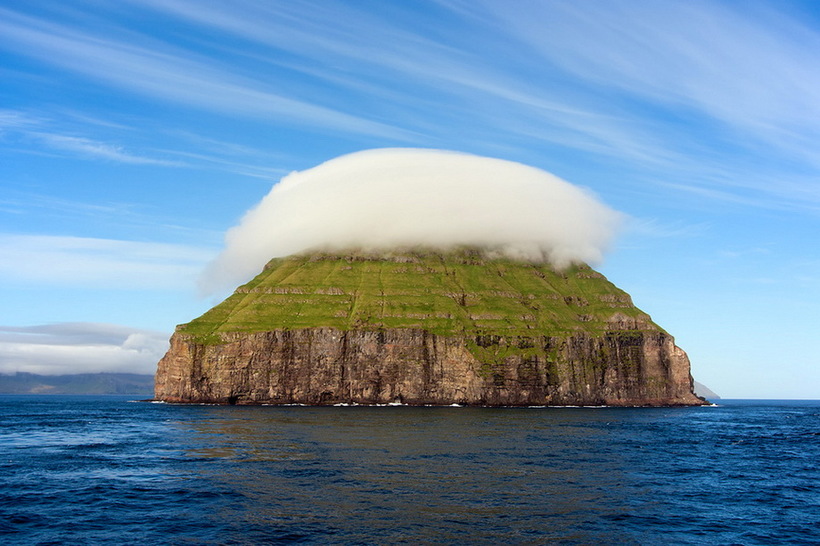 Duimun means “two hills,” in Celtic. They are located on neighboring islets and are named Big Duymoon and Little Duymoon. The latter has never been inhabited, and its only inhabitants are sheep and tupiks, such sea birds. 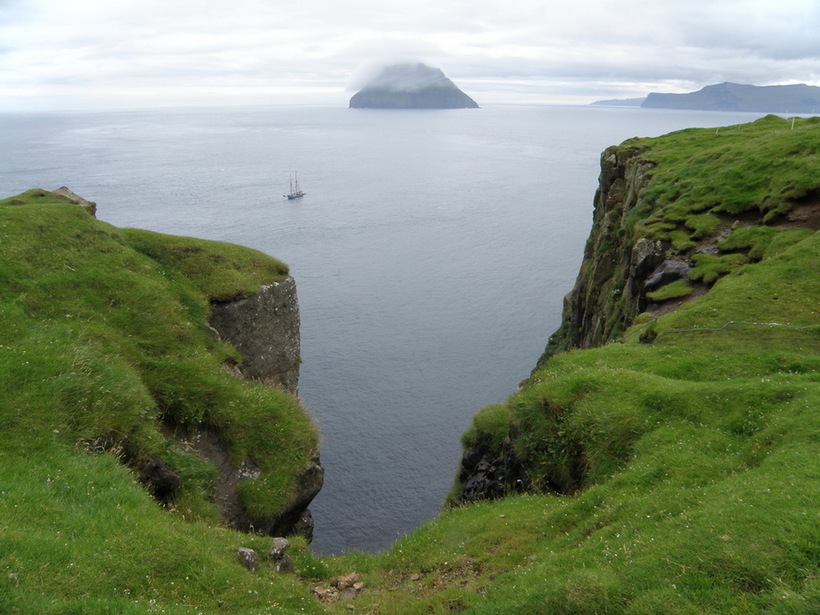 The flora of the island is also not very diverse and numbers no more than eight plant species. In 1850, Denmark sold Luytle-Duimun for 5 thousand Danish thalers. However, the auction was not entirely fair, as the royal representatives deliberately inflated the price in order to replenish the Danish treasury. 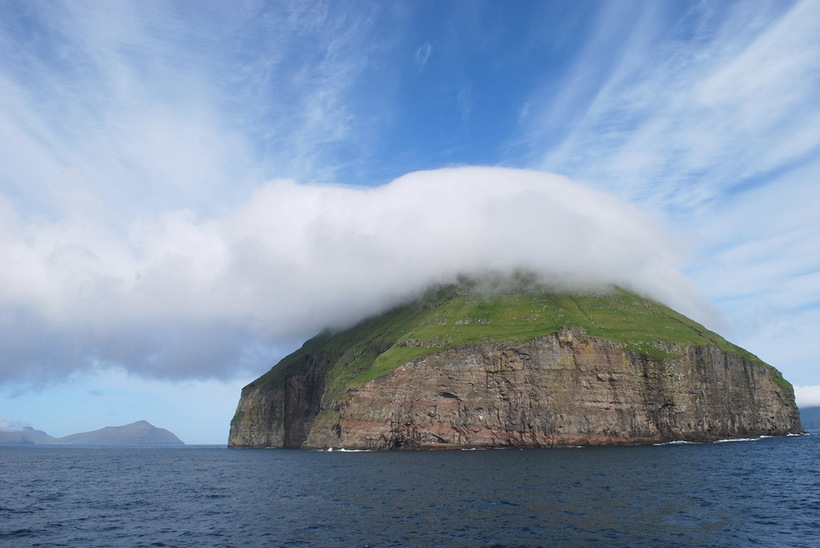 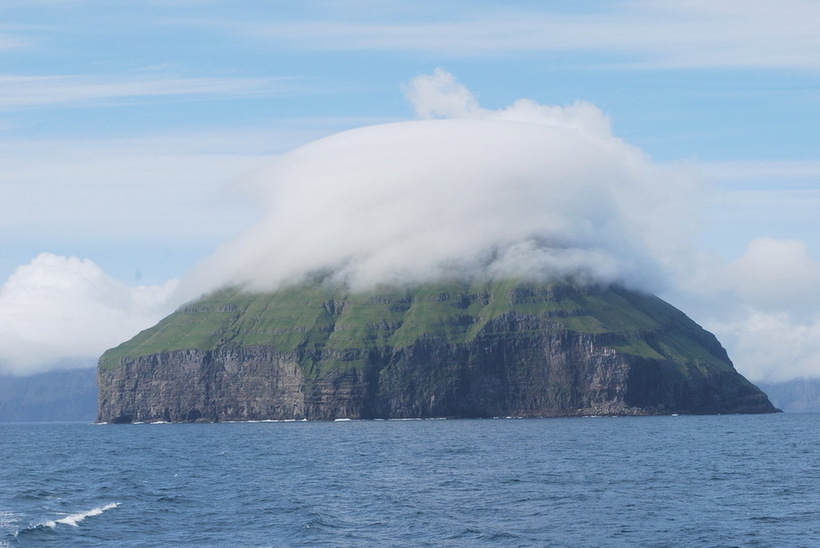 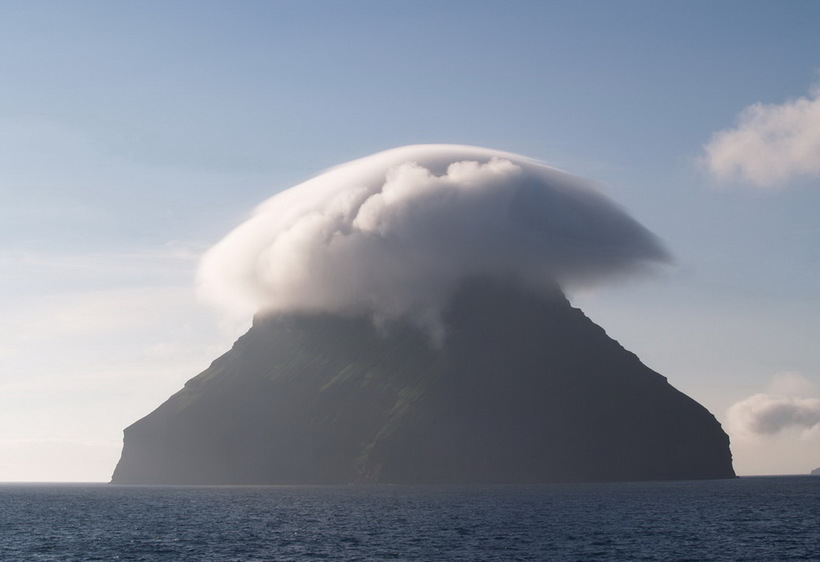 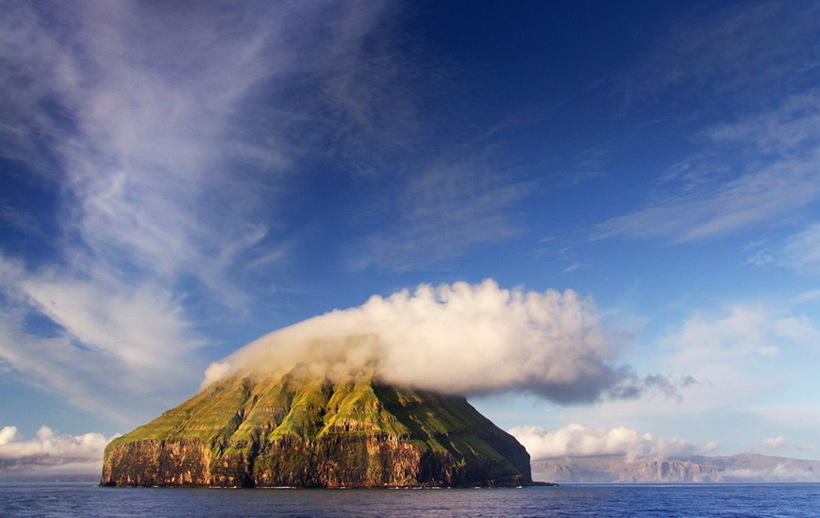 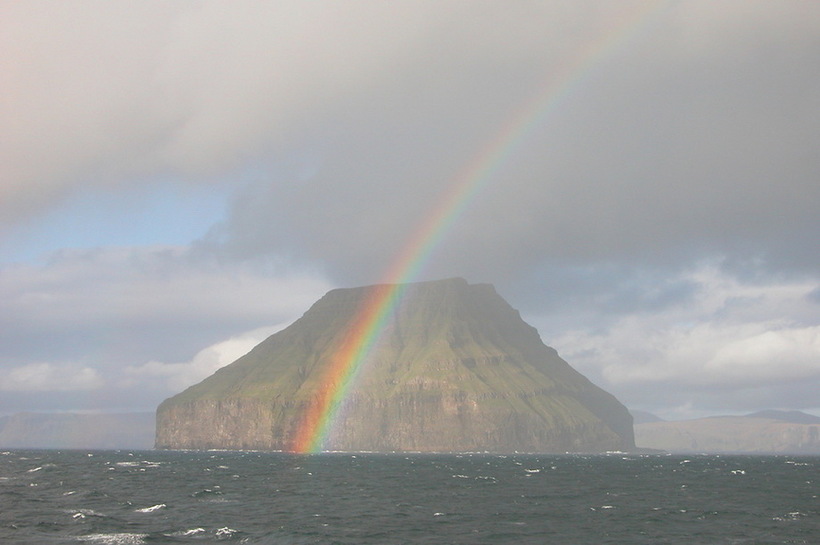 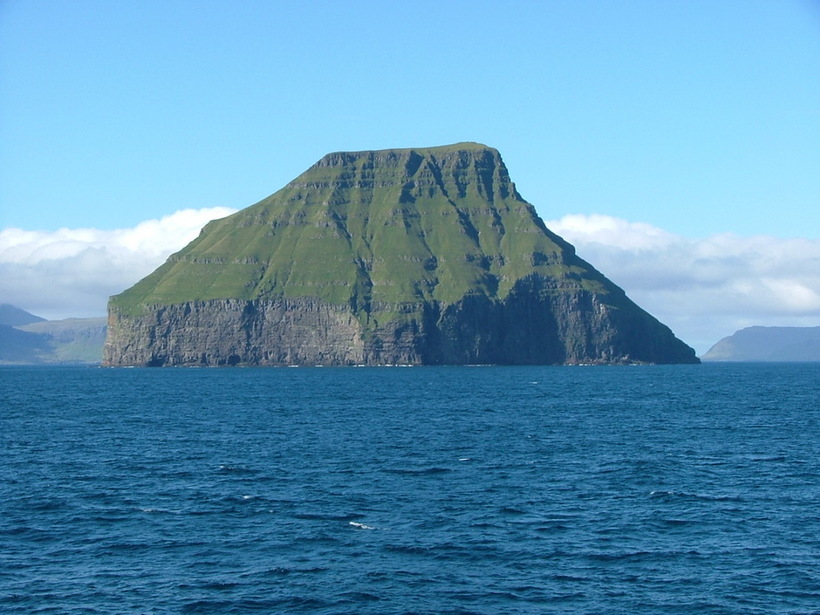 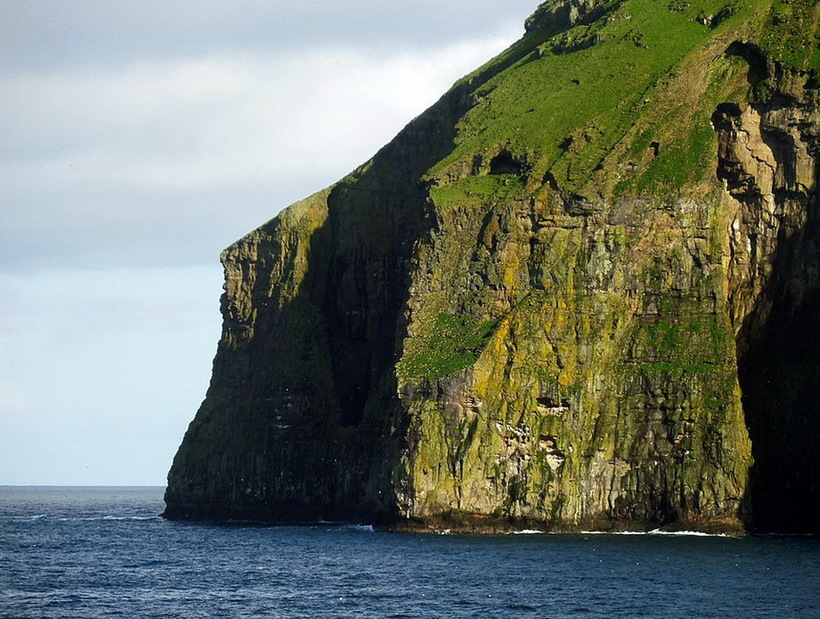 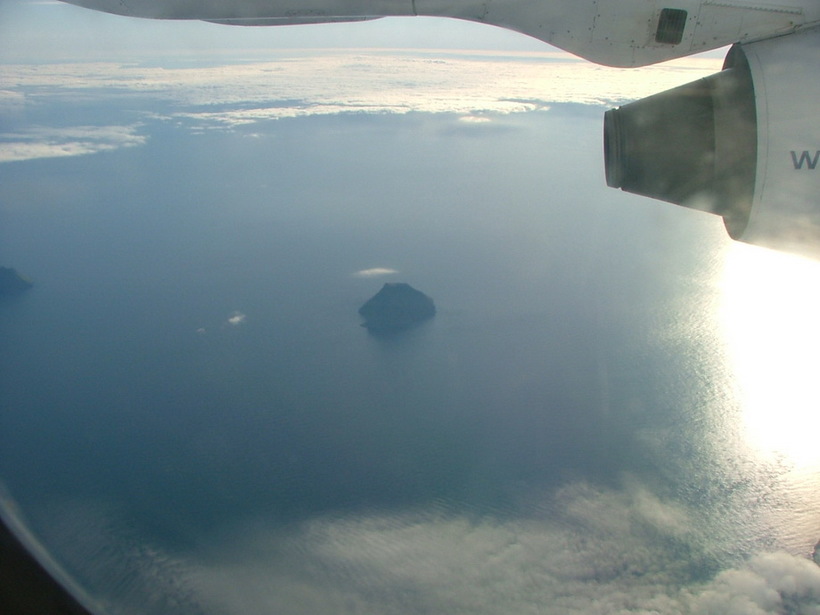 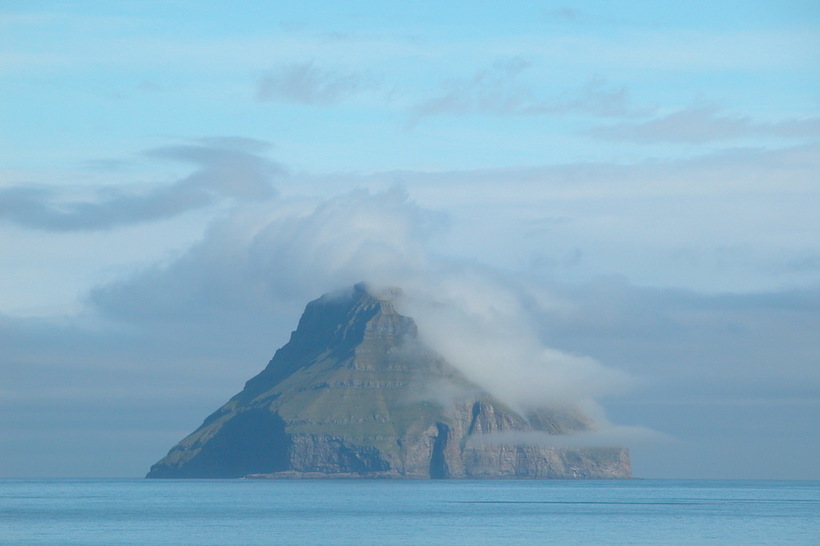 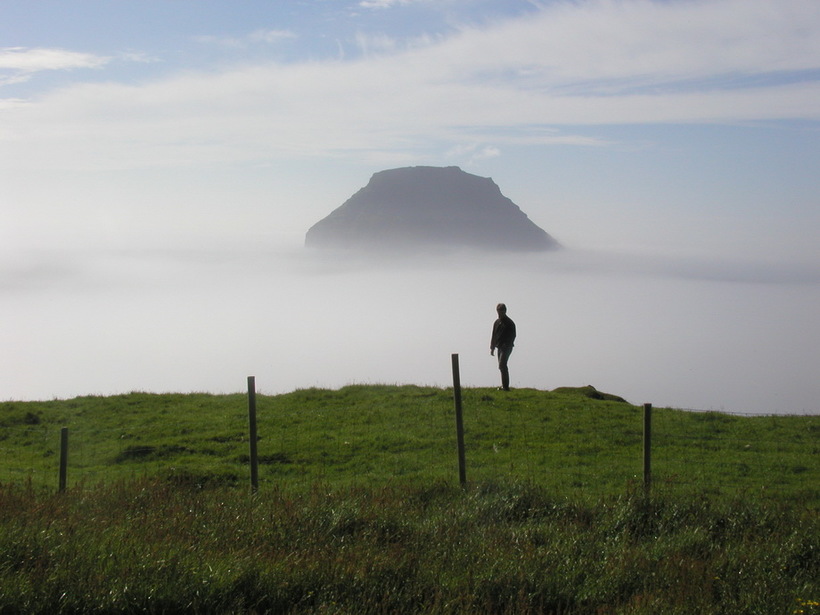 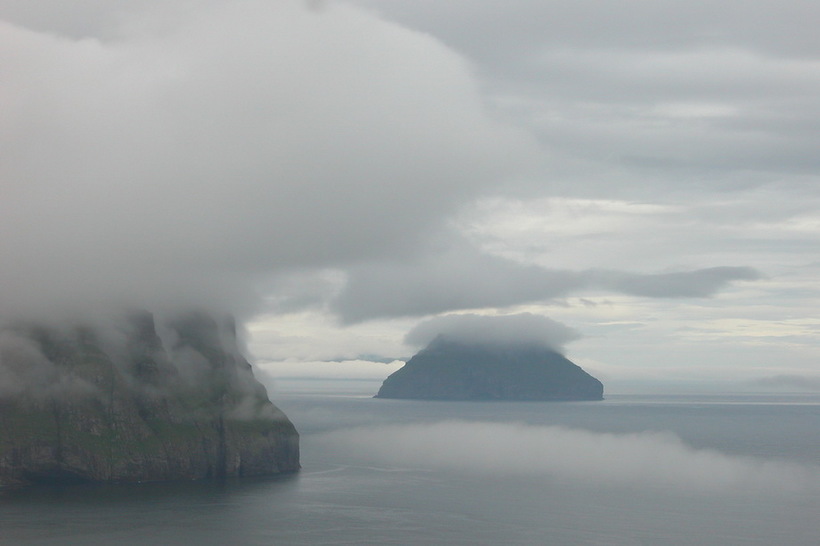 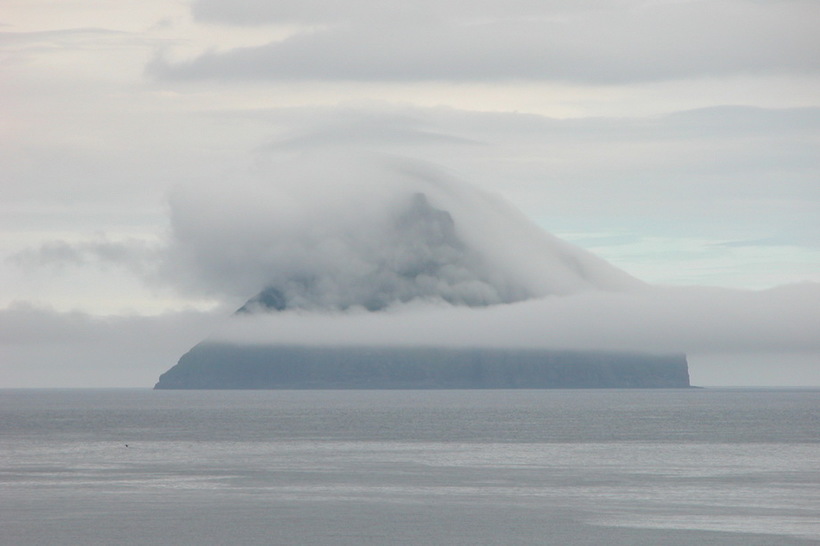 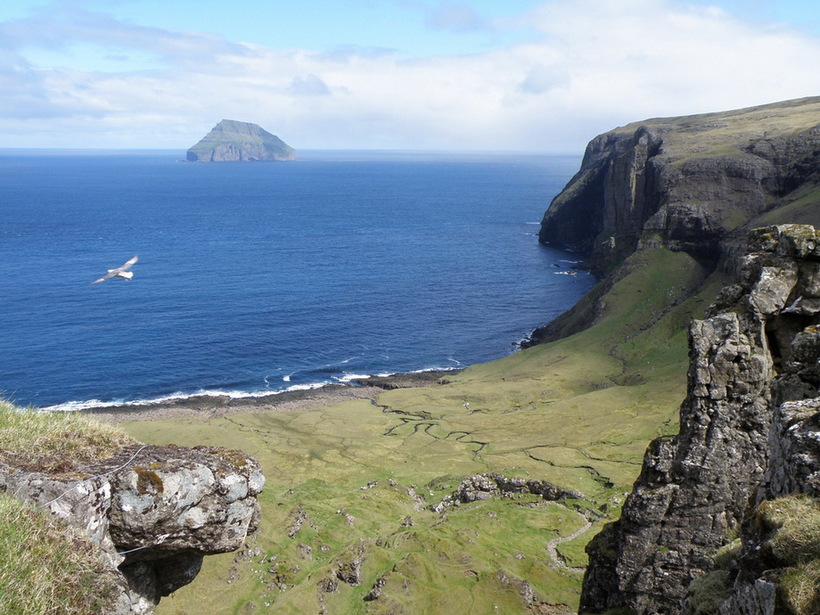 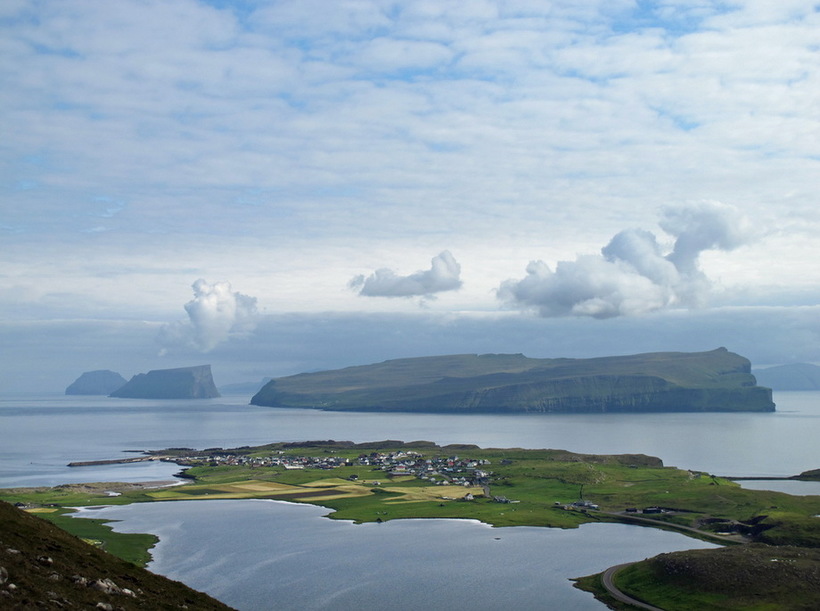 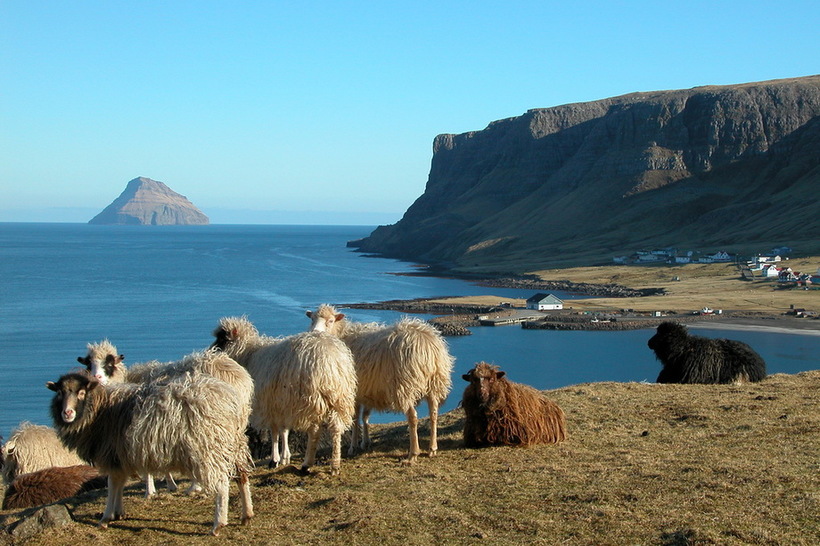 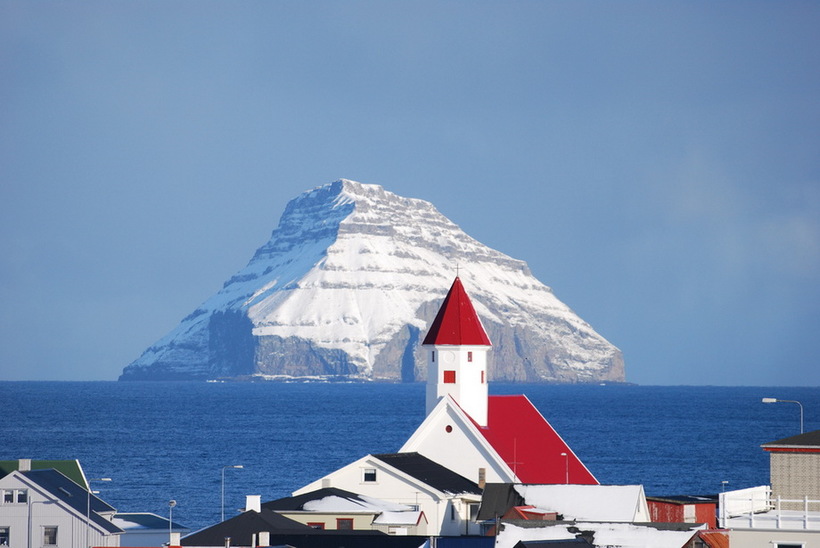 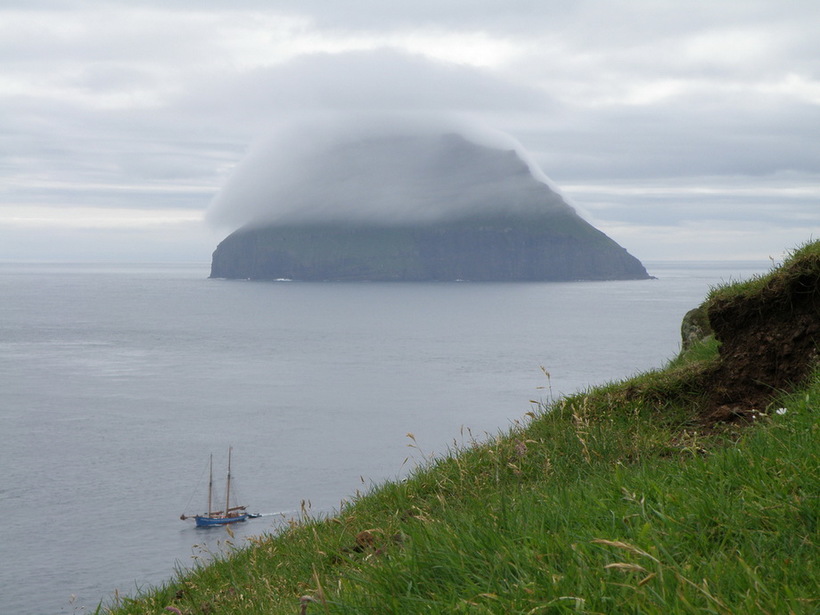 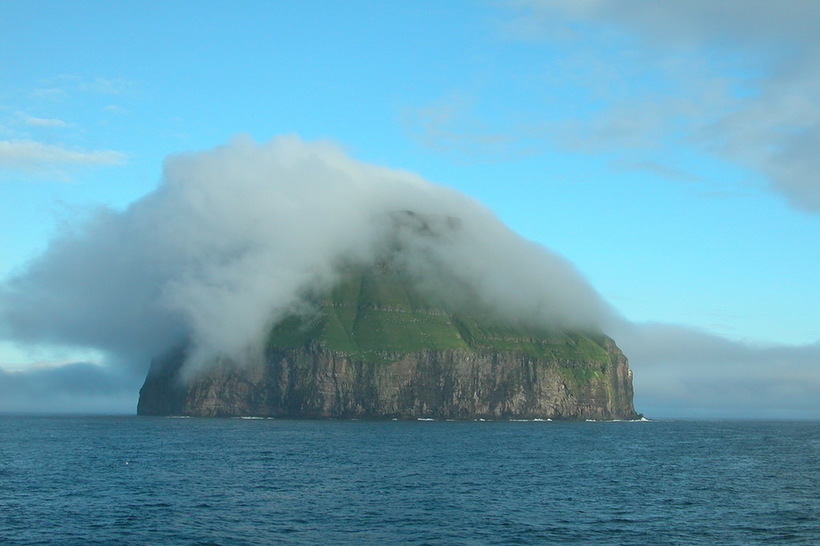