Every year Germany is full of tourists, it is rich in culture and history . This country is famous not only for beer and delicious sausages, many famous writers, composers and musicians have lived here, as well as other famous people. Germany has a large number of cities that are worth visiting and experience the incredible life of Germans.

Nuremberg is a great city for those who are interested in the dark side of the country. There is the Nazi Party Documentation Center as well as a museum located on the grounds of the former Congress Hall of the Nazi Party. This city is famous for its trial, when more than 20 Nazi war criminals were convicted. But it is not only the controversial past that attracts this city, because there are buildings here that bear historical significance. Nuremberg has castles and palaces that have retained their medieval appearance, and the Weinstadel is the most famous monument in the city. 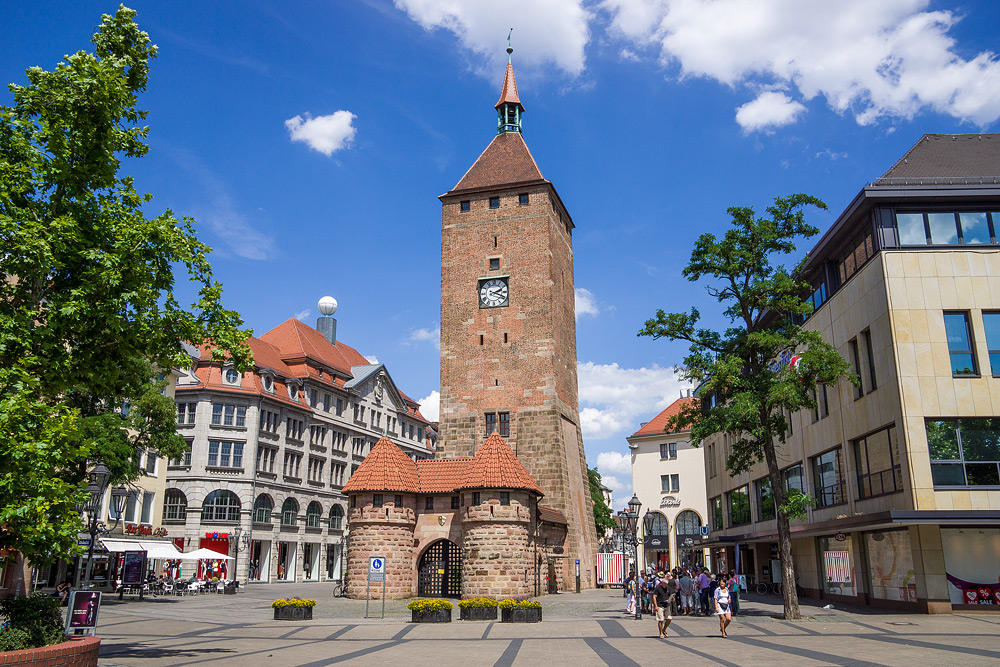 Cologne has little popularity among tourists and almost does not stand out from other cities. But this city is also very lively and in spite of the destruction, you can find here a good place for photographs, the city is not worse than other cities in Germany and conveys all the color of the country. Of particular interest here is the Cologne House – a cathedral in the Gothic style, it stands out 56 columns. This building can be visited from the inside, where you can see a panorama of one of the towers.

Also in this city you can find a museum dedicated to the perfumer from Italy, who at that time lived in Germany and created perfume, which made his name famous, especially popular scents were among aristocrats and nobles. Besides this, you can visit: the Cathedral, where you can enjoy stained glass windows, art gallery, in this city are often held concerts of classical music, among other things here is a park-museum of sculpture outdoors. As in any other city in Germany is possible to taste a good German beer in one of the bars.

READ
10 things to do in Birmingham in a day, UK 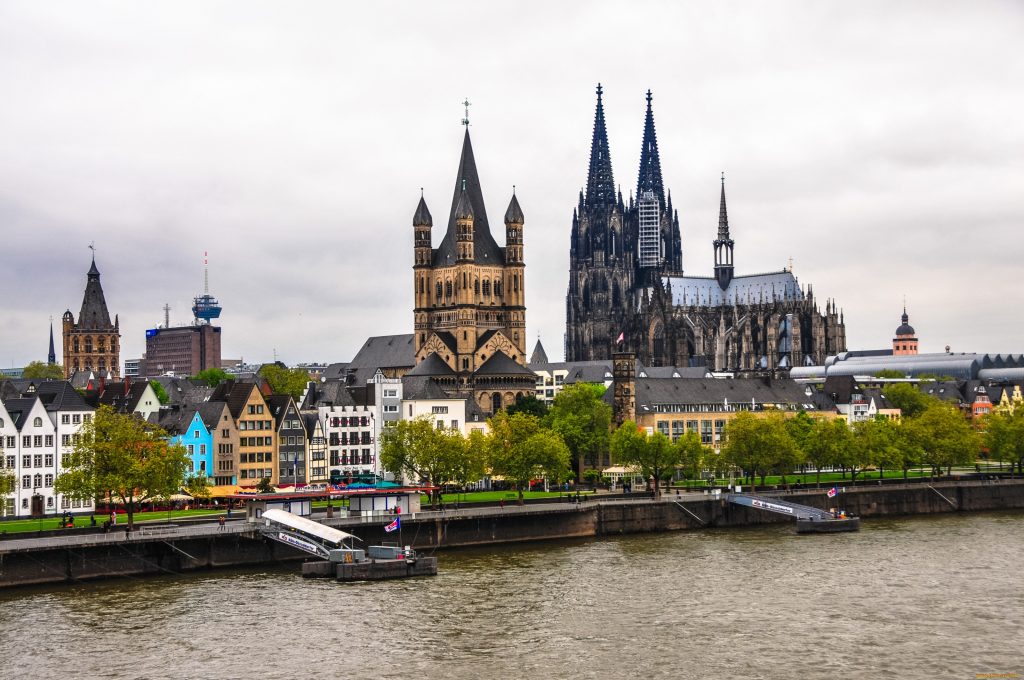 Bamberg is a UNESCO World Heritage Site. It is an incredibly beautiful and small town in Germany, which was designed by German King Henry II. Here you can see a lot of medieval architecture. Also notable will be the architectural buildings that bear the title of “Little Venice”. Worthy of attention is the town hall, which is located far away from the once-existing fishing village. On the territory of Bamberg are wonderful hills, and at each of them, interestingly enough, has built its own church. 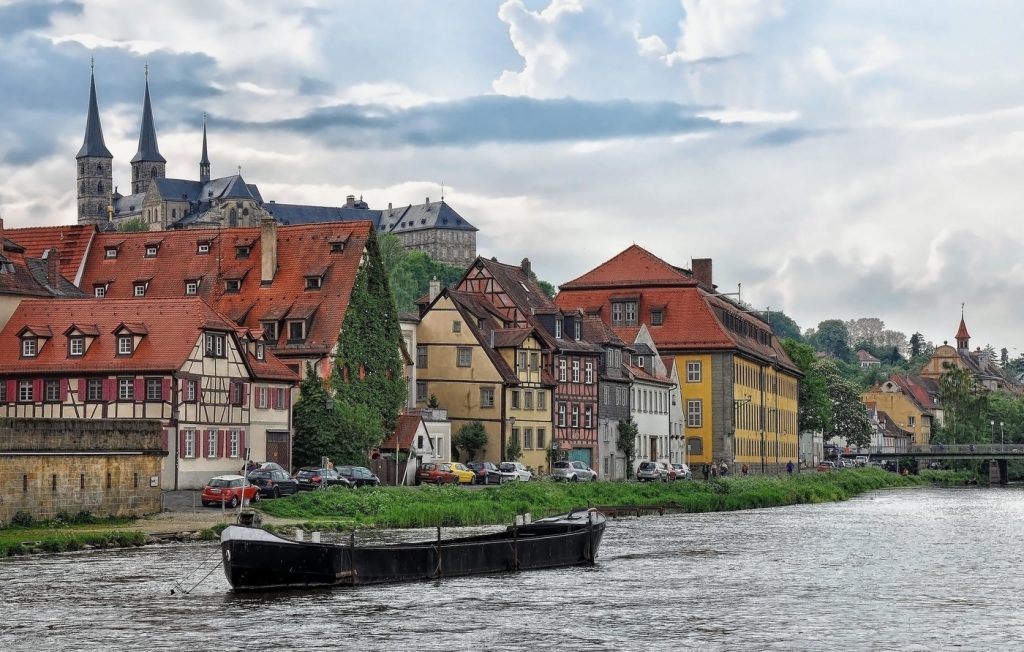 This city is the capital of Bavaria and has its own special culture. There are many interesting and varied traditions that differ from most of Germany, these differences apply to folk costumes, holidays and customs.

This city is full of cultural life . Here you can see universities, theaters, museums and a variety of architecture. Munich is located in the famous Alps, where in addition to cultural activities can visit the famous beer garden in Germany, as well as the incredibly beautiful palaces. Especially interesting is the fact that in this city there are more than 70 museums, which can not leave indifferent visiting these institutions and cultural events.

Munich is listed as one of the best in terms of quality of life of citizens. Here you can make an excellent shopping, and the landscape and architecture will surprise you with their severity and luxury. The city is vibrant and full of life, and you can indulge in delicious food and active recreation. 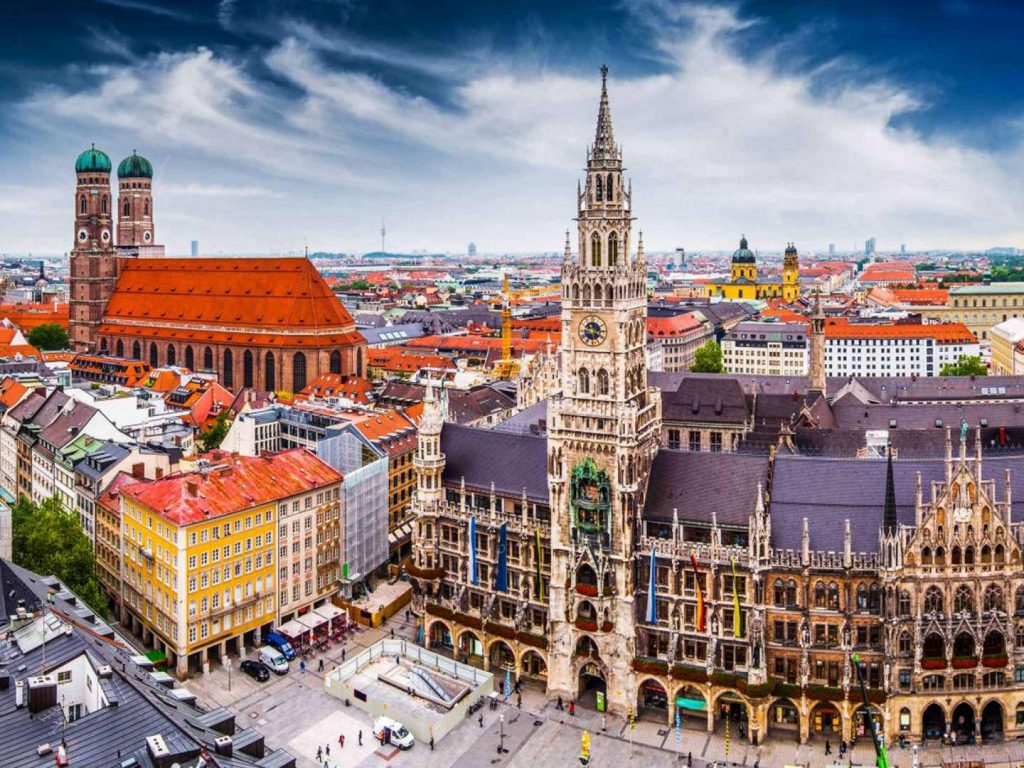 This city is one of the largest financial centers in the European part of the world, but tourists here is also something to do and where to have fun. Here is famous among tourists Altstadt, and its central square – Römerberg. The most striking building is the building, which resembles a gingerbread house – Riemer, which is also the town hall.

READ
Machu Picchu - the lost city of the Incas in Peru

Also in Frankfurt, you can visit the beautiful Batonic Garden with amazing greenhouses, this place is the birthplace of Goethe, the world-famous writer – Frankfort Cathedral. Under it and there is a museum dedicated to the celebrity, which will help tourists to get acquainted with his life and work closer. 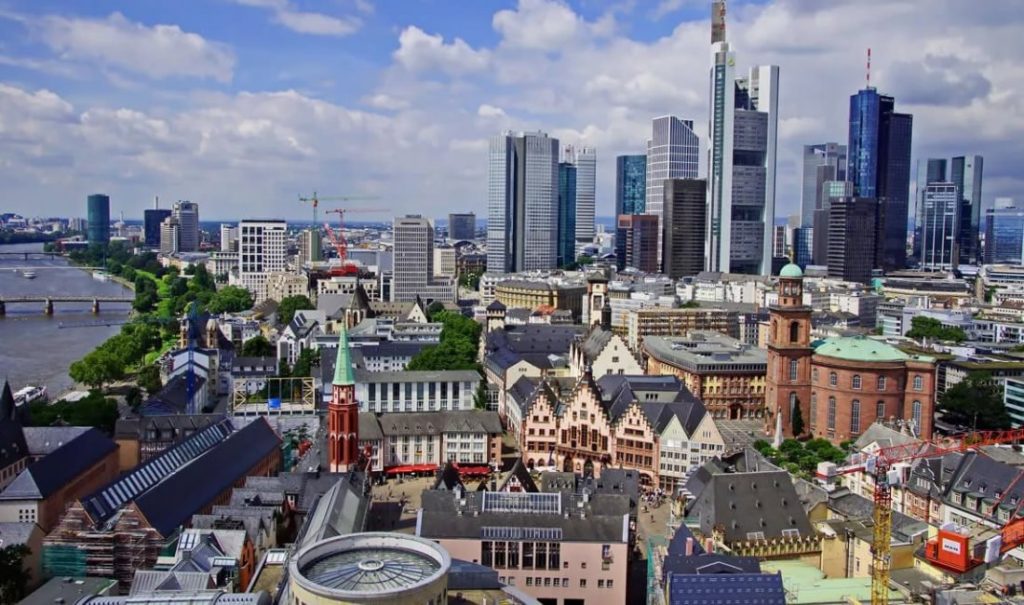 Rothenburg ob der Tauber, a city that amazes with its architectural and atmospheric charm, takes you back to the Middle Ages where it was originally conceived and almost unchanged since the 17th century.

Apart from the interesting architecture you can also visit the Puppet Museum, the Crafts House and the fabulous Christmas Museum. A nice addition to the walks can be a chance to climb to the roof of a high building and look at the skyline of Rothenburg from above. 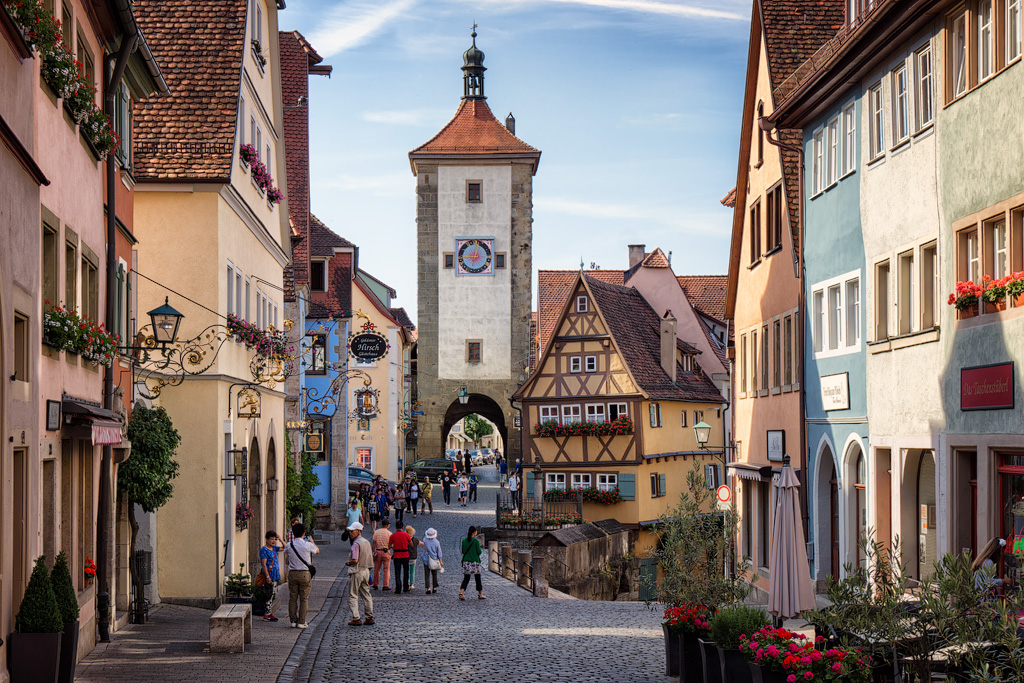 This city boasts an abundance of flora on its territory, it is literally surrounded by dense forests . Also here is the most famous and ancient university, which indicates a bright and rich student life of citizens. When arriving in Germany, it is worth visiting the Old Bridge, which will give you not only admiration for its appearance, but also open the panorama of the city. This is also where Heidelberg Castle used to be, which the city administration has partially restored. Heidelberg is not neglected by tourists and you can often find guests from different countries. Another place to visit is Sammlung Prinzhorn, in this museum you can get acquainted with the unusual exhibition objects, namely works of inmates of the psychiatric hospital from 1840 to 1945. 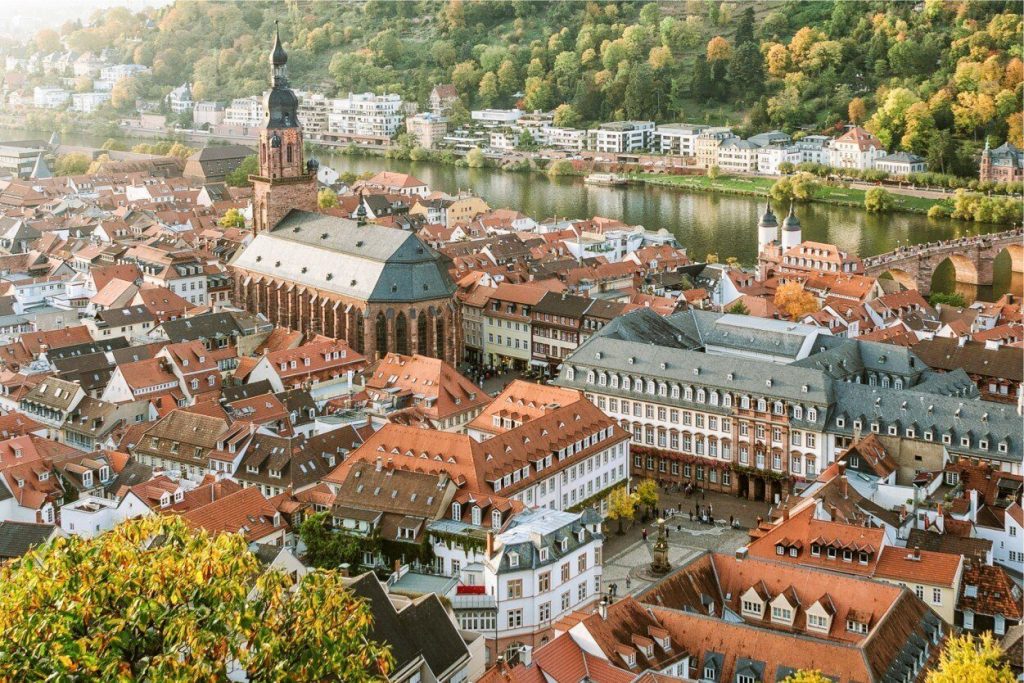 Dresden is the capital of the state of Saxony. Unfortunately, during the war it was badly damaged and destroyed, at the moment a large part of the city has been restored by the administration. It is worth visiting: the Frauenkirche church, which is a local treasure, as well as the Zwinger Palace, a luxurious local opera house – Semper Opera, on top of all the interest of tourists is Dresden Castle, which was also restored after the war, where you can observe the art museum. This city is not as busy as the capital of Germany, but still worth a visit and learn more about the history of the country. 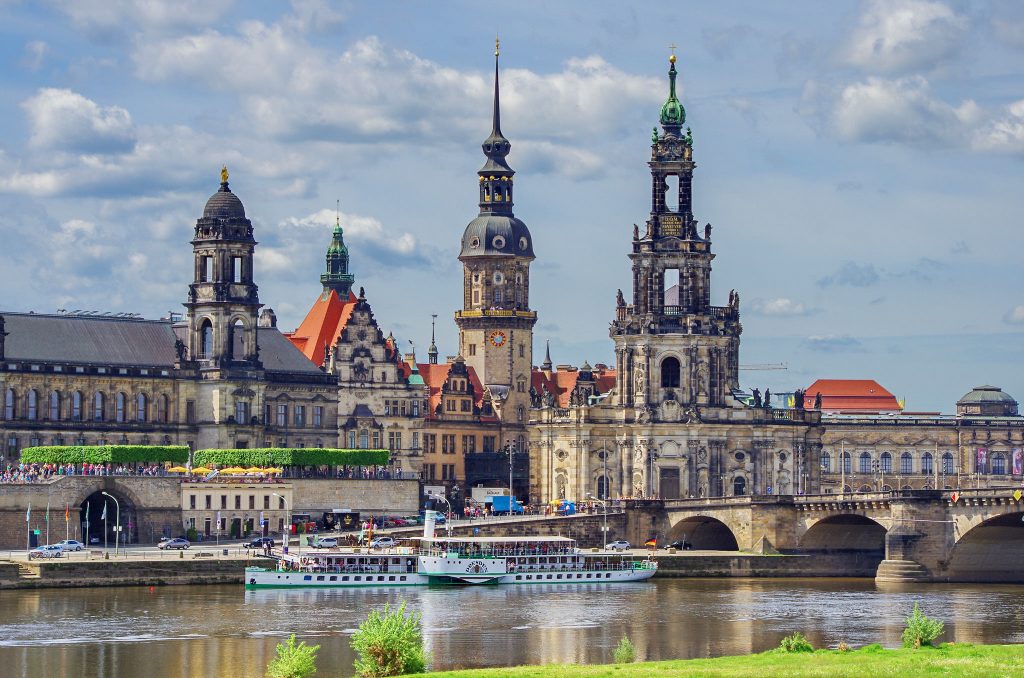 This city is one of the largest in Europe . It has gathered together people from different cultures and backgrounds. Berlin itself is incredibly interesting, vibrant and engaging in its history.

The city itself is a historical attraction. It successfully combines the vibrant life of a metropolis with the beauty of nature. You can find here a lot of forests, lakes, parks, alleys, gardens, everyone will find something to look at. Impressive architecture, memorable places and the freshness of the modern world – all this attracts tourists all over the world. If you choose to tour Berlin, you should also visit famous sites such as the Berlin Wall, the Holocaust Memorial, the Brandenburg Gate, and many exhibitions and museums. It is in this city that there is the famous Bothe Museum, which houses works of art from antiquity and the Byzantine period. This city is well oriented for travelers and vacationers, you do not have to sit still: a large selection of galleries, museums, bars and clubs, as well as restaurants and shopping centers. The architecture of the city is worth a special mention. Berlin has a large number of exhibits and buildings to look at, this city is unimaginable without the various exhibitions, tours and concerts. Walking and vacationing in Germany in Berlin will not leave anyone indifferent and will remain in your memory for a long time. 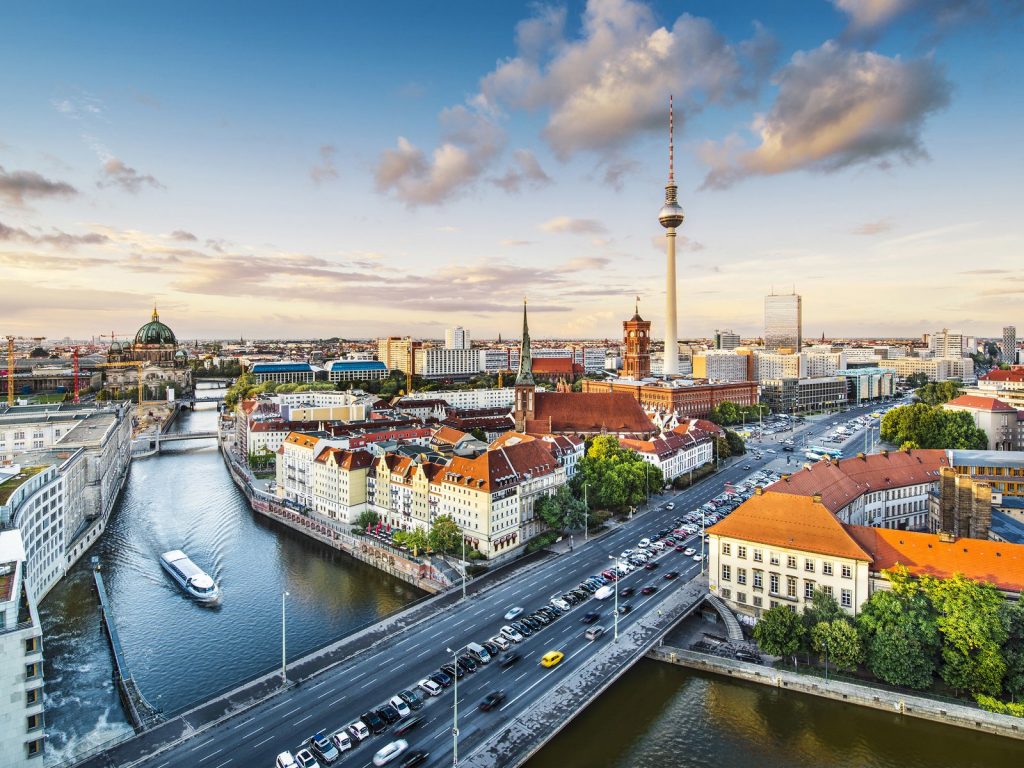 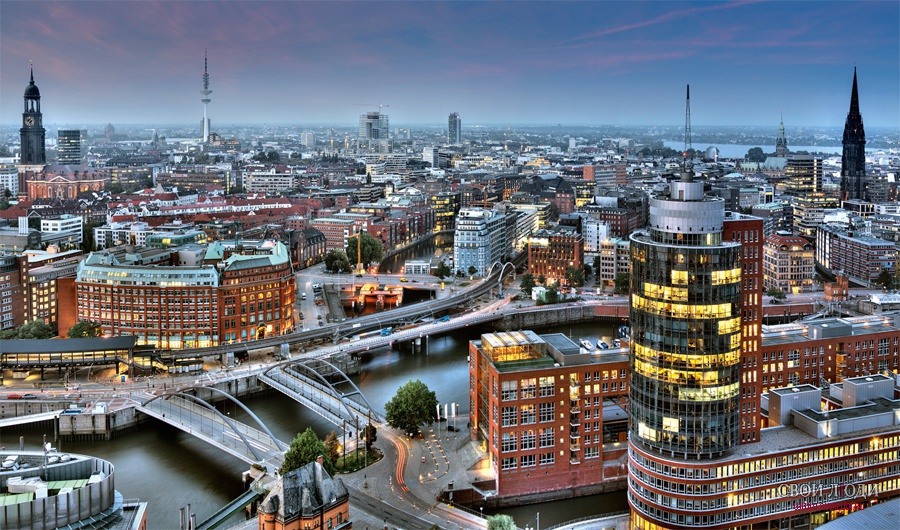 Lovers of art will find something to see. Tourists can visit concert halls, various shows, a large number of exhibitions and museums, and the theater, which is not insignificant, Hamburg has the largest model railroad.