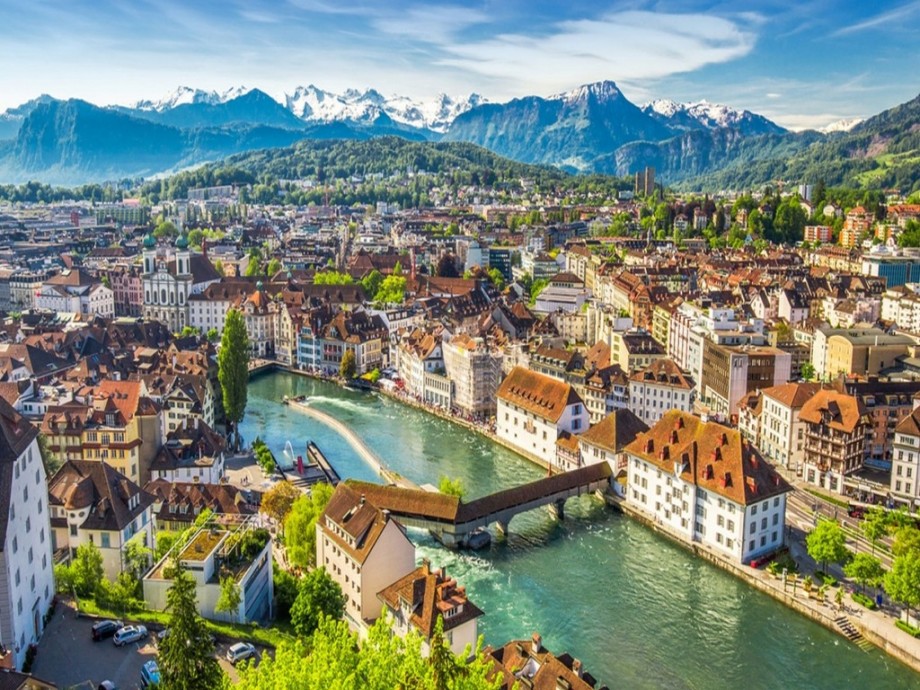 1. All European countries are diverse, amazing and interesting in their own way.

Despite some commonalities that some of them have, most of the European states are very distinctive.

2. There are a total of 50 independent states, 6 unrecognized or partially recognized states, and 9 dependent territories in European territories. 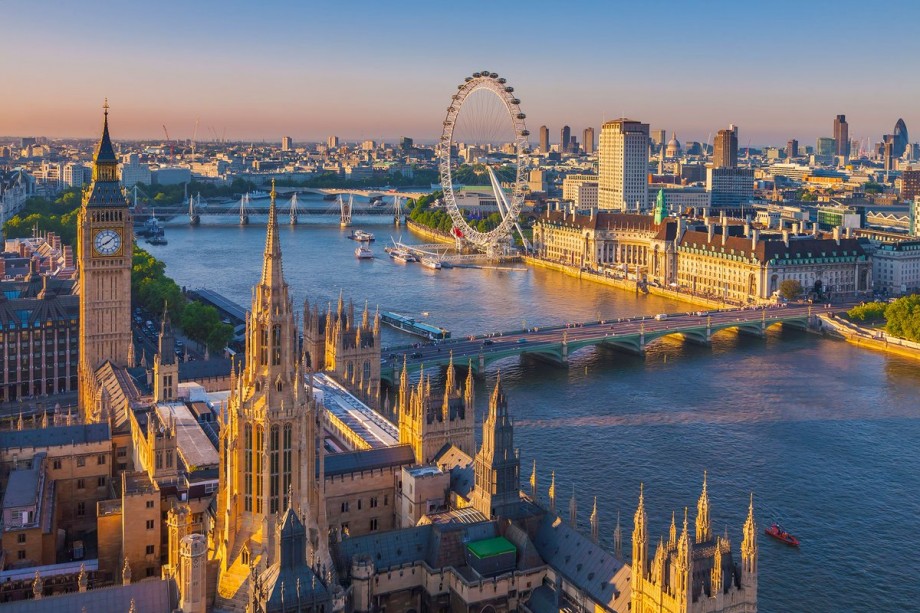 3. The 14 states of Europe are located entirely on islands, and have no mainland possessions.

4. 19 European countries have no direct access to the sea.

5. Only three countries have territories in both Europe and Asia at the same time: Kazakhstan, Russia, and Turkey.

6. Of all the countries in Europe, only 27 are members of the European Union.

8. Despite the abundance of historical sites and natural beauties, the most visited place in Europe is Disneyland theme park in Paris.

9.It is believed that the origins of European civilization come from ancient Greece. It was the ancient Greeks who decided to conditionally separate Asia from Europe.

10. The total length of the borders between Europe and Asia on the territory of Russia exceeds 5500 kilometers.

11. The geographical center of Europe is located in Belorussia.

12. The oldest country in Europe is Bulgaria. Even its name remained unchanged for 14 centuries.

13. Europe is the cradle of modern civilization. There are the largest number of cultural and artistic monuments on the territory of European countries, and the ancient history of European peoples excites many generations of historians and archaeologists.

14. Germany is one of the most densely populated countries in the world. 65% of roads in Germany have no speed limit.

15.Germany is home to the world’s oldest continuously operating brewery. The country is known for over 2,100 castles, over 1,500 beers, over 1,000 kinds of sausages and the world’s largest beer festival. Germany also has more than 400 zoos – the most in the world. And Berlin has the largest train station in Europe. 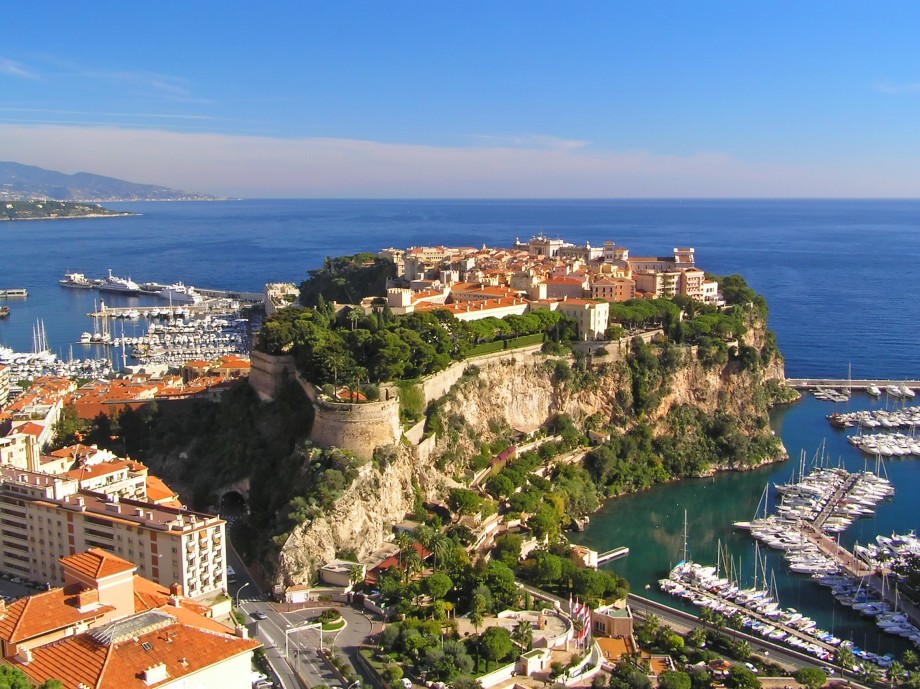 16. Monaco has almost zero unemployment and no poor people. Monaco has the highest life expectancy (89.5 years) in the world.

17.In 2014, almost 30% of Monaco’s population were millionaires. Monaco is the only country in the world with a human development index above 1.

18.For the rich and famous from all over the world, Monaco is a major tourist and vacation center. The casino is a source of income for the country and provides jobs for its residents, but not for the games of natives, so they are not allowed to gamble and visit casinos in the country.

19. Poland is the most religious country in Europe. 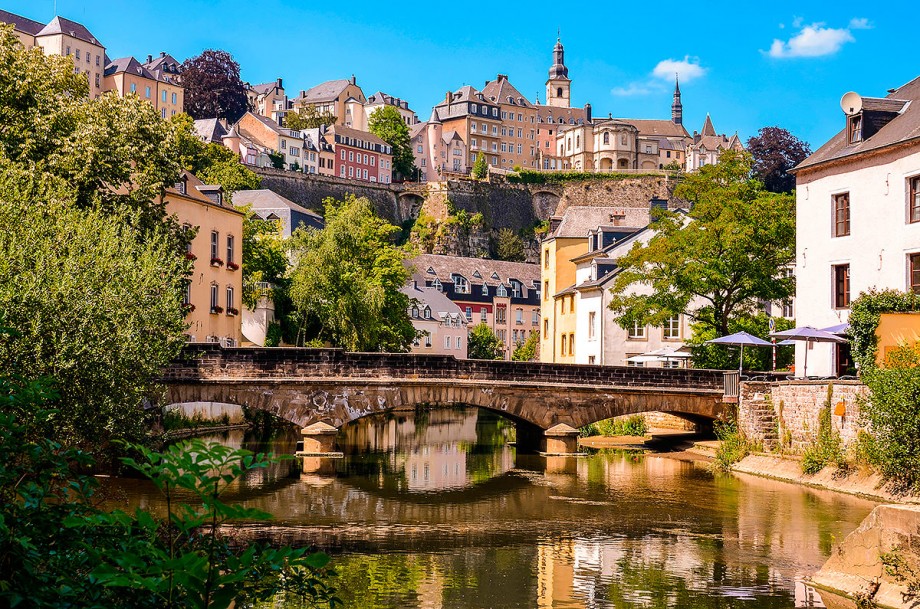 21. The Duchy of Luxembourg is interesting because it is the richest country not only in Europe but also in the whole world.

22. Luxembourg has the highest rate of car ownership in the world with 647 cars per 1,000 people.

23. In Poland you can get a fine for riding a bicycle in a drunken state.

24. The trembita is the world’s longest musical instrument made in Ukraine. 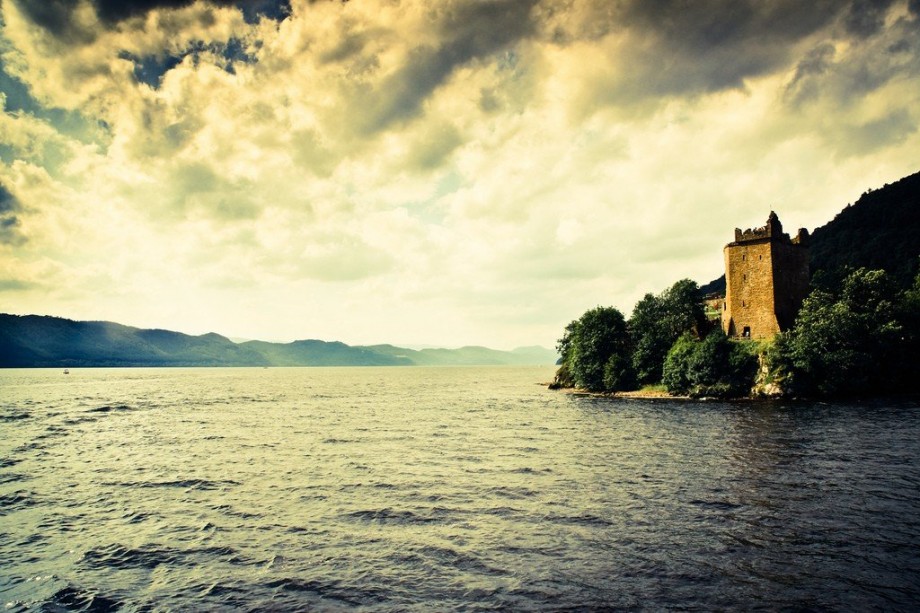 26. The famous monster of Loch Ness allows Scotland to add 7 million euros to its budget every year thanks to the constant influx of tourists.

28. Spain is home to the oldest lighthouse in the world and still operating – the Tower of Hercules, built in the first century.

29. In Kosovo, more than 70% of the population is under the age of 35, making it the youngest country in all of Europe. The average age of Kosovars is only 29.1 years old.

READ
Philippines - a country that awakens all the senses at once: the best resorts and attractions

30. Two European nations, France and Denmark, have possessions in the Americas. Denmark has Greenland, and France has a number of islands and French Guiana. 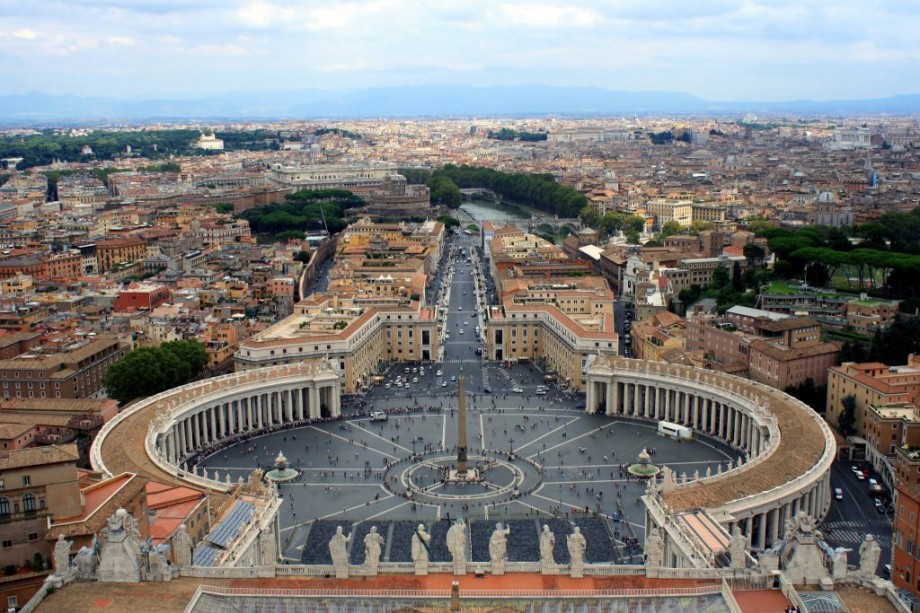 31. The smallest independent country in Europe is the Vatican City. But there are other dwarf states – Monaco, Liechtenstein, Luxembourg, San Marino and Andorra. 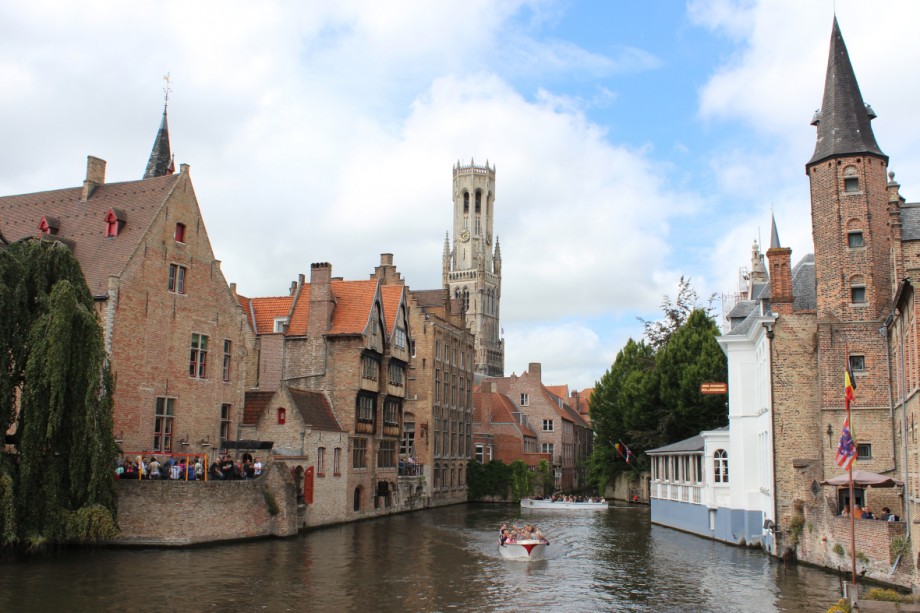 THE CITY OF BRUGGE, BELGIUM

33. Belgium has the densest railroad network not only in Europe, but in the world.

34. There are no forests and rivers in Malta, but there are more than 365 churches – one for every day of visit.

35. The most bridges in the world are not in Venice or St. Petersburg, but in the German city of Hamburg. There are about 2,300 in all. 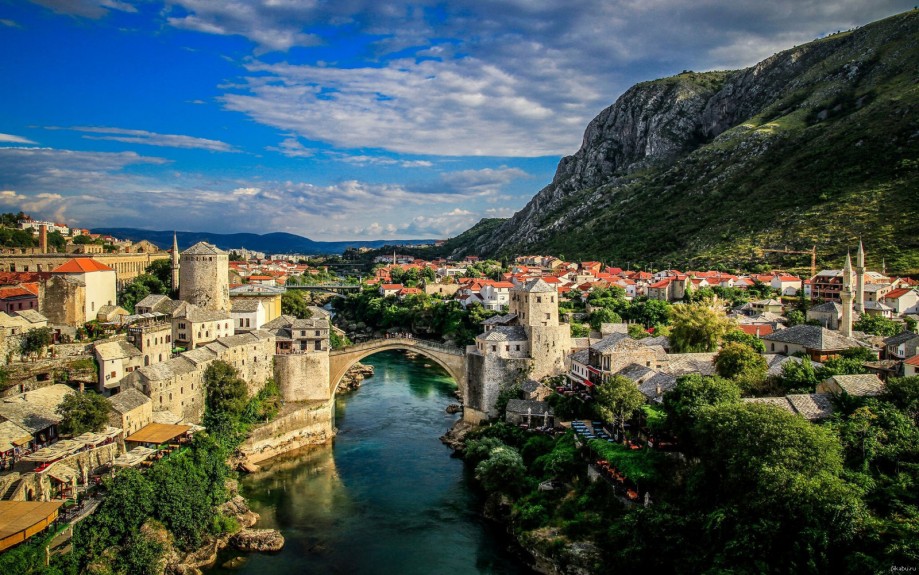 36. In the European expanses there are preserved relict tropical forests. Most of them are in Bosnia and Herzegovina.

37. Italy surpasses any other country in the world in the number of UNESCO World Heritage sites – a total of 51 sites. 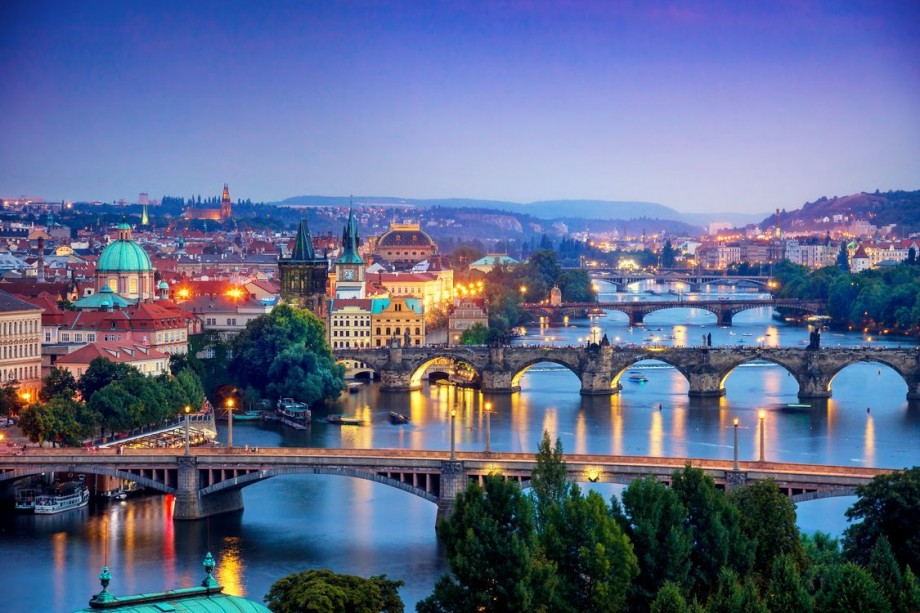 38.The European country of Bohemia is home to the largest castle in the world, Prague Castle.

39. Of all the Yugoslav territories, Macedonia was the only one to gain independence peacefully.

40. Estonia is the third country in the world after Finland and Canada to have the maximum area covered by natural wetlands. 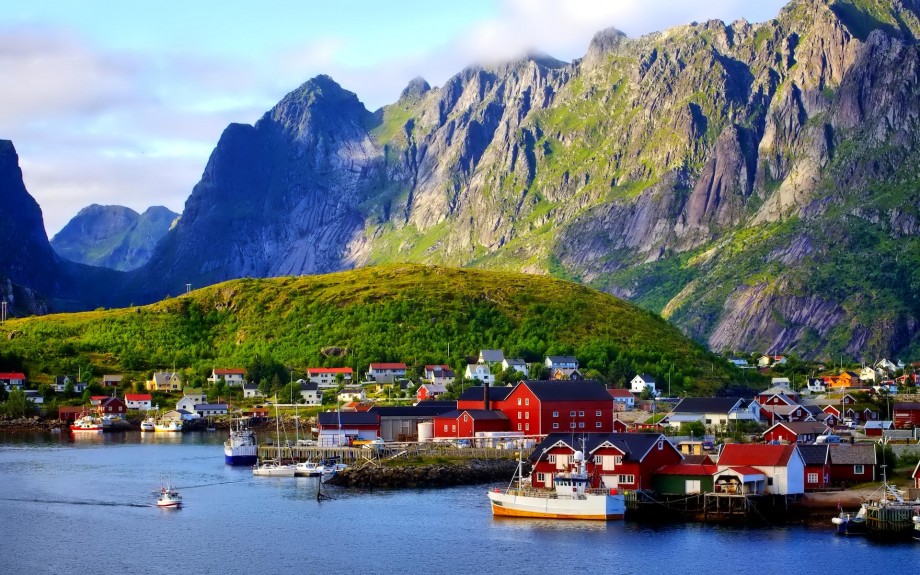 42. Two European countries year after year top the lists of the happiest countries in the world. They are Norway and Denmark.

43. The European city with the longest name (Lanfairpwllgwyngyllgogerychwyrndrobwllllllant) is in Wales, UK.

READ
11 incredible things to do in Lima, Peru 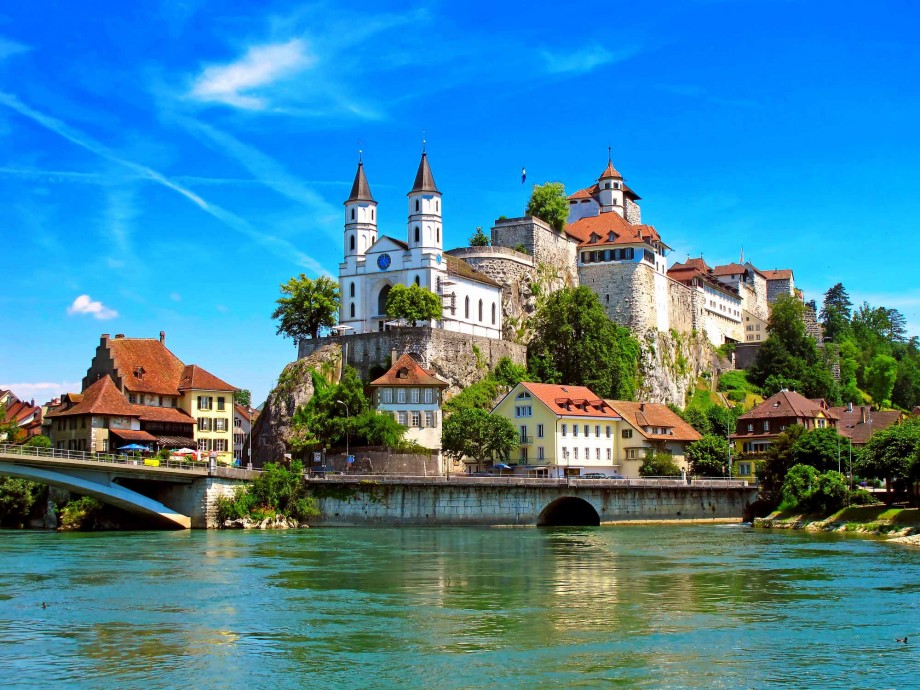 44. Switzerland is the only country to have built an airplane that runs on solar power.

45. The only European country without mosquitoes is Iceland. 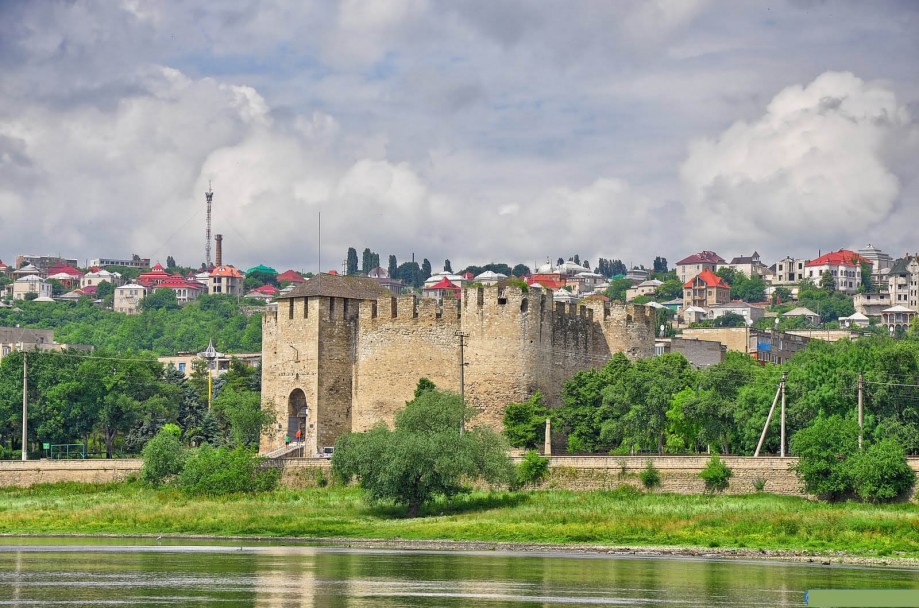 46. Despite its poverty, the Moldovan city of Soroca is famous for its expensive houses, such as St. Peter’s Basilica and the Grand Theater.

47. Europe is home to the largest island in the world, Greenland.

48. The largest ice cave system in the world, the Eisrizenvelt, belongs to Austria.

49. Scotland is home to the jewel of the medieval world, Knap Hovar, the oldest surviving stone house in Northern Europe.

50. Slovakia’s capital, Bratislava, is on the border with Austria and Hungary, making it the only capital in the world to border two independent states.

Fifty nations are spread across Europe. They differ in their culture and customs, historical heritage and economy. Each state is unique and distinctive in its own way. Thousands of tourists from all over the world annually visit European countries. It is here the best resorts, cultural and historical sites. Further we suggest to read more interesting and surprising facts about Europe. 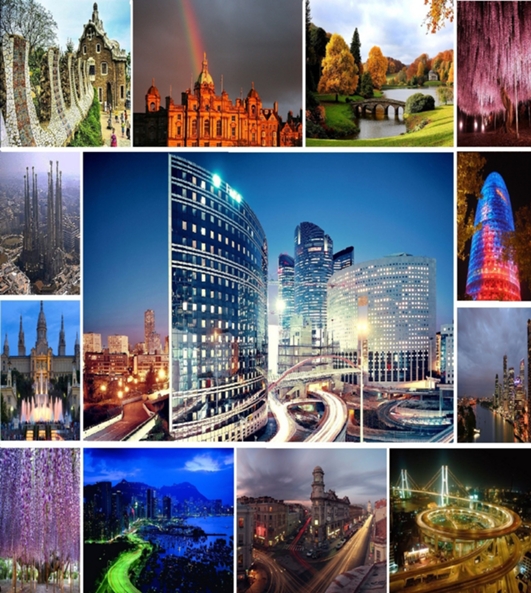 1. All the world wars began in Europe.

2. Between Africa and Madagascar there is an island called Europe.

4. Only since 1764 did house numbering begin in London.

5. Prostitutes with the name Mary were forbidden to work in the town of Siena in Italy.

6. 158 variations have the national anthem of Greece.

7. It is allowed in Italy to make coffins from walnut shells or natural wood.

8. The animated Mickey Mouse character in Italy is called Poplar.

9. In Sweden there is a town called A.

11. In France there is a special calculator that can convert francs into euros.

12. In Italy there is a restaurant “Solo for Two” in which there is only one table.

14. In medieval Europe, Venice is considered the largest seaport.

15. There is no sewage system in Venice.

17. Most Venetian houses are built on piles of Russian larch.

18. There are only 20 professional plumbers in Venice.

19. It is allowed to feed pigeons in Venice only in Piazza San Marco.

20. The famous lover Casanova was born in Venice.

21. The composer Vivaldi and the traveler Marco Polo were also born in Venice.

22. In 1436, the city’s Onufria Fountain was created under an Italian stone dome.

23. A dynamic foreign policy was pursued in its day by the Dubrovino Republic.

24. Dubrovnik was occupied by Nazi troops during World War II.

25. The Botanical Gardens and the Arboretum are located near Dubrovnik.

26. Italian was the primary language in the Dubrovnik Republic.

27. Scientists believe that the remains of Atlantis are Santorini.

28. Bull’s horns are commonly nailed over the entrances of houses in Santorini.

29. Only near the shores of Lake Santorini is found perch – rophos.

30. Multicolored beaches with white, red and black sand exist on the island of Santorini.

31. A symbol of health and wealth in Portugal is a grapevine.

32. One grape is eaten on New Year’s Eve in Portugal.

33. The Spanish flag is the symbol of bullfighting.

34. The capital of France is famous for its museums.

35. About 6 million people are buried in French catacombs.

36. About 2 km of passages are open to tourists in France.

37. A very large number of geysers are present in Iceland.

38. Iceland ranks first among other countries in the number of natural geysers.

READ
Hagia Sophia and the Süleyman Mosque in Istanbul, Turkey

39. The highest active European volcano is located on the territory and Italy.

40. On the island of Sicily is the largest volcano Etna.

41. The mark of Great Britain does not provide for the spelling of the name of the producer’s country.

42. Norway is considered a patriotic nation.

43. The national flag can be seen at almost all homes in Norway.

44. The inhabitants of Finland are big coffee drinkers.

45. In the field of equality of the sexes, Sweden is one of the leaders.