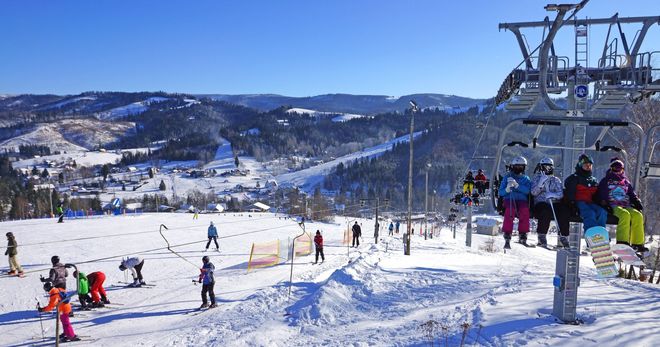 Wisla is a popular ski resort in Poland, located in the Silesian Beskids. Apart from the well-developed infrastructure of 15 thousand beds it is also famous for its rich history, picturesque mountain scenery and lots of places of interest.

Geographical position of the Vistula River

The resort area stretches deep into the Silesian Beskids, surrounded by mountains 640-1220 m above sea level. The center of the city of Vistula itself in Poland is at an altitude of 430 m. The highest points of the region are considered to be:

Through Barania Góra there flow the Black and the White Wiselka rivers, which merge with the Malinky brook to form one of the largest rivers in Europe – the Wisła.

The area of the city is over 110 square kilometers (2011). Most of it accounts for agricultural and forest land. Administratively the Vistula ski resort in Poland belongs to the Silesian Voivodeship. It borders with Szczyrk, the communes of Brenna, Ustrońń, Istębna, Milówka and others. The western border extends along the Czech Republic. 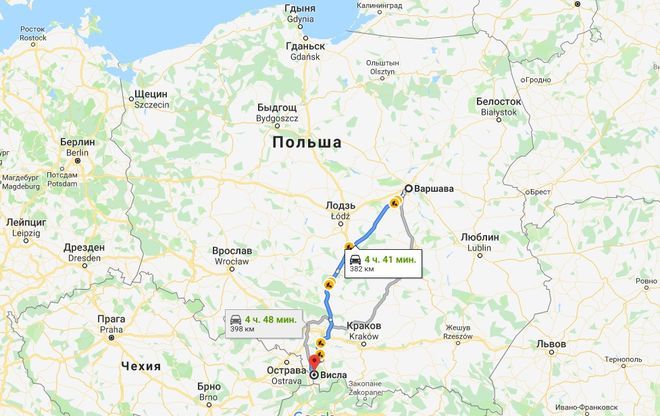 Climate of the Vistula.

The city is located almost at the same latitude as the resort of Zakopane. According to the Keppen-Heiger classification, it is characterized by a moderately cold climate with uniform humidification. The summer temperature in Wisła is about +15 °C, while the winter temperature is -5 °C. The wettest month is June, the driest is February. The high season in the ski resort of Vistula in Poland lasts from December to April. 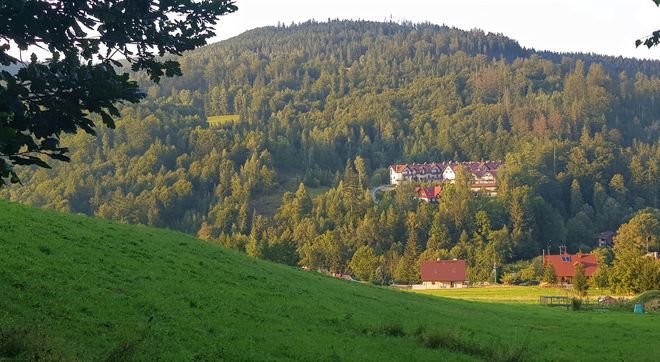 The first settlements in this part of the Silesian Beskids first appeared in the 16th and 17th century. The development of Vistula as a resort began in the middle of the 19th century. At that time the Polish intellectuals, such as writers Władysław Reymont or Bolesław Prus used to spend their holidays here. They were attracted by the pleasant atmosphere and the local dialect, which had Old Polish words.

READ
The best places to see in Doha, Qatar

In the 1960s, the complex development of the Vistula ski resort in Poland began. Then came the guest houses, decorated in an unusual avant-garde style. In 1962, Vistula was declared a town. Thanks to substantial investments, it soon became one of the most popular resorts in Poland and Europe. 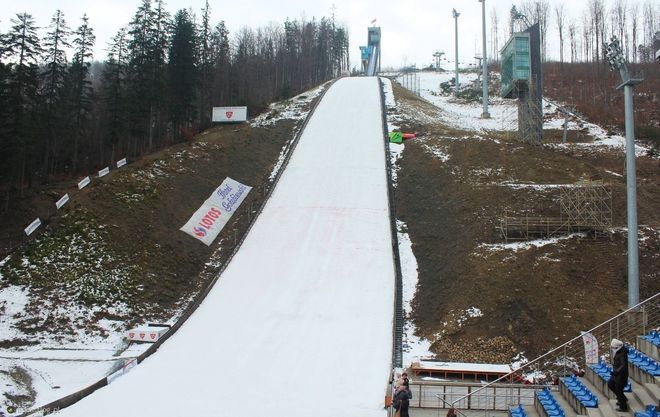 The ski infrastructure of Vistula

The resort stretches over a 15 km long valley. In terms of beauty and the level of development of ski infrastructure, it can be compared with popular European resorts. There are four ski areas in total in Vistula:

The total length of all slopes of Vistula ski resort in Poland is 25 km. It is possible to travel between them on ski-basses. In all areas of Vistula there is a single ski pass. In high season they cost about $17 per day, and in low season – $11. 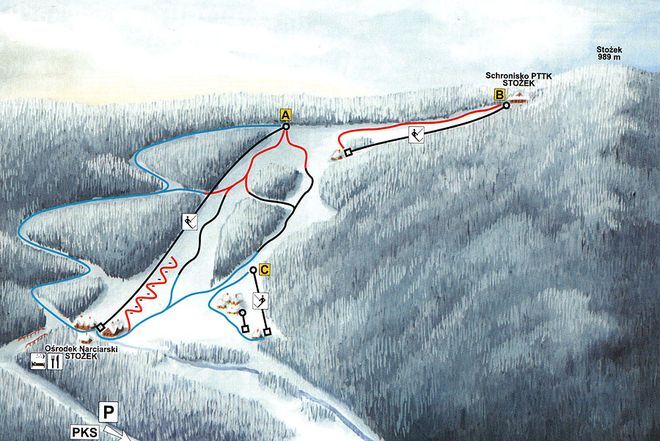 Attractions and entertainment in Vistula

The resort is attractive not only because of its developed ski infrastructure. In addition to winter sports, tourists can visit the following attractions:

After a busy day on the ski slopes, you can relax in a water park, sit in a Jacuzzi or swim in a pool filled with seawater with healing herbs. In the summertime, the Vistula River is the starting point for numerous hiking tours through beautiful mountain valleys and flower meadows.

READ
The most expensive private islands in the world

Thanks to its great popularity among tourists, the resort boasts a well-developed hotel infrastructure. Hotels in Wisla can be found at any time of the year:

Depending on the season they cost $26-143. At the same hotels in the ski resort Vistula in Poland are equipped with free internet and parking. Some of them have a swimming pool and free breakfast. 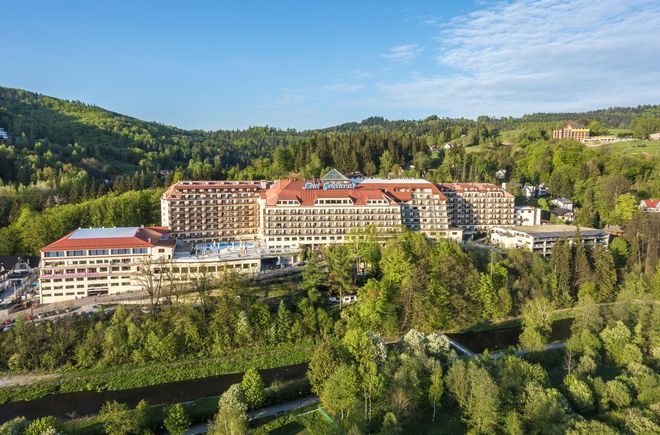 The resort has many cozy cafes and other eating establishments that offer great views of the mountain scenery. Among them:

Most of them specialize in Polish, Italian and European cuisine. There are restaurants in Wisla with a large selection of American steaks (T-Bone) and dishes for vegetarians (Malinowka). 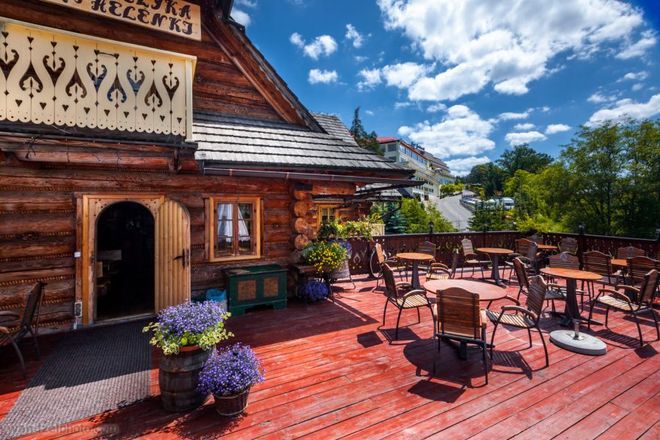 How to get to Wisla?

The resort area is located in the south-west of the country about 390 km from Warsaw. From the capital it is accessible practically by any transport. Ostrava Airport is 55 km away, and is used by Czech Airlines and Smartwings. The flight from Warsaw lasts more than 1 hour. The rest of the way you can get by cab or by transfer. From the Polish capital to the ski resort of Vistula you can travel by train KSL. They leave from Warsaw Central Station (Warszawa Centralna) and travel for at least 6 hours. By car, the trip takes about 5 hours. Go southwestward on the S8 and DK1.

Features of vacations in Wisla

In the 19th century, Vistula appeared on the map of Europe as a resort small village, and in those seemingly rather distant times, famous people such as Bolesław Prus, Maria Konopnicka, Wladyslaw Reymont and others came to the territory of Vistula. They began to use a dialect that included words from the old Polish language peculiar to the region.

But mass building of the slopes of the village began only in the sixties, when boarding houses and recreation centers began to appear on the slopes of Cherhly, Bukovaya and Yazhembata mountains. It was not until 1962 that the village was given the status of a city, and thanks to the investments made in it, it began to develop as a serious tourist center, which had a good potential. After that, Wisla acquired another status – a resort ski center, which is now famous not only in Poland, but also far beyond its borders.

The resort is located at the foot of Baranja Mountain, located in the south of the country and at the source of the famous Polish River Vistula, on which stands the beautiful Warsaw. 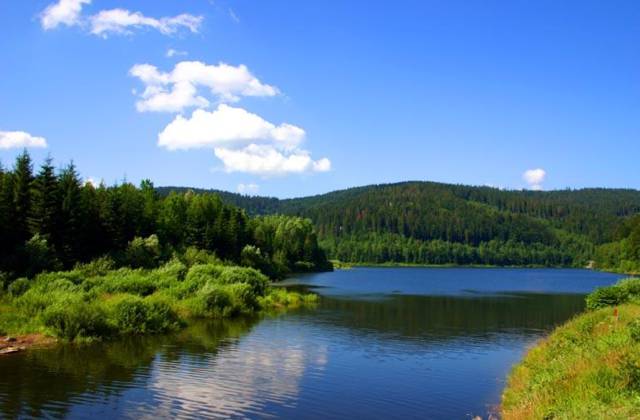 Wisła is considered the second Polish ski center after Szczyrk. The resort is the center of Beskid Śląski and also one of the largest ski resort towns in Poland, which has about 15 thousand hotel beds. The season lasts from early December to late March, which offers tourists to spend a fairly long period of time here and get to know the magnificent town better.

And if you compare the resort of Vistula with Szczyrk, here are slightly lower prices for elevators, and much better prepared ski slopes. The snow holds on the slopes 96 days a year, and the lowest average temperature is considered -3 degrees. At the weekend a lot of people from Krakow and Katowice come here, so it’s always crowded during the season, which creates quite a long queue for the elevators.

The resort itself has four areas, which has its own features and some better opportunities than the others. Therefore, if you want to choose a track that corresponds to your skiing level, it is recommended to consult with experts in the field, or with experienced instructors. Instructors do not only advise, but also provide professional training for beginners and help experienced skiers get used to the region. On the Vistula there are such ski areas as Storzeka, Soszowa, Jawornika, Cienków. The main area is considered Ctenków, where there are two parallel strings of rope tow elevators. The altitude difference is relatively small, about 500-540 meters, and the length of the slopes is 3 kilometers.

Stozhek, on the other hand, is known to tourists as a place with an excellent, and even just a huge slalom track. Soszów on the other hand is famous for more interesting tracks, which are quite unpredictable for those who have never been to the Vistula.

The tracks of this area are also very scenic, because Poland itself is a very beautiful country, with many natural beauties and historically valuable objects. In this case, tourists admire the beauty of nature, excellent snow-covered slopes and trees in winter, as well as abundant green and bright colors of fields and meadows in the warm season. 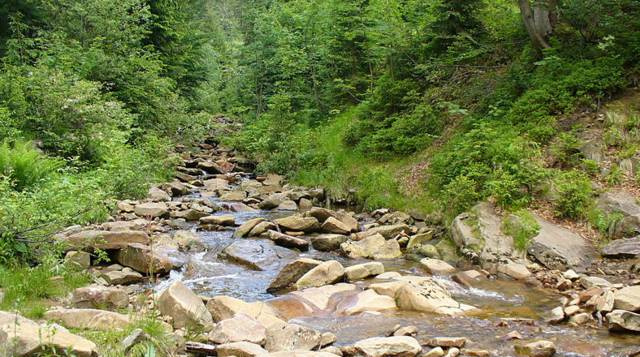 It is a very interesting and picturesque place, which is worth a visit. The scenery is akin to the beauty of Austria, because there are excellent mountain slopes and small buildings perfectly fit into the landscape, not to mention the small stores, restaurants and cafes, which are an integral part of a full holiday.

Throughout the year, tourists will be interested in visiting the Vistula. Its territory is equipped with various hiking trails that run through the most beautiful places around the city. Moreover, at each time of year, such walks are beautiful in a different way. In summer, nature is lush with greenery and drowns in flowers, and tourists, in their scents that fill the air. In the fall – it is a magnificent riot of yellow-red, burgundy, fiery colors, which can not be found in summer or winter. And all this beauty is so close that it is hard to imagine the time of departure from this paradise.

In winter it is very good to celebrate Christmas holidays here, as all the neighborhoods are lit with lights of garlands, and the town is always full of fun and holiday cheer. There are holiday parties and events for adults and children, so Vistula is full of surprises and gifts, not just rides, in the winter season. Tourists prefer to visit this town with their families, with their children, because there is a lot of entertainment for children. In the hotels there are playgrounds and playrooms, and in winter children can ride in a horse-drawn sleigh, which is very popular with kids, and adults too. Some parents, in the warm season, arrange trips to the woods with children, including overnight stays. This is a kind of variety of joint recreation, and also allows you to fill the memory of children with such pleasant and quite vivid moments.

Children love sledging, and both in winter, when the tracks in the snow, and in summer, because in the mountains created a special summer toboggan slopes with metal troughs.

If you come to Vistula it is worth getting acquainted with the local cuisine, which is simply superb cooked. By the way, local residents and owners of small restaurants, bars and cafes are crazy about food. Tourists here are served such portions that one can easily be divided for two and go home satiated. On holidays like Christmas, there are all sorts of fairs and sales in the streets, accompanied by dancing and singing, which can last until night. The locals are very kind, responsive, and friendly, so any traveler is sure to love it here. 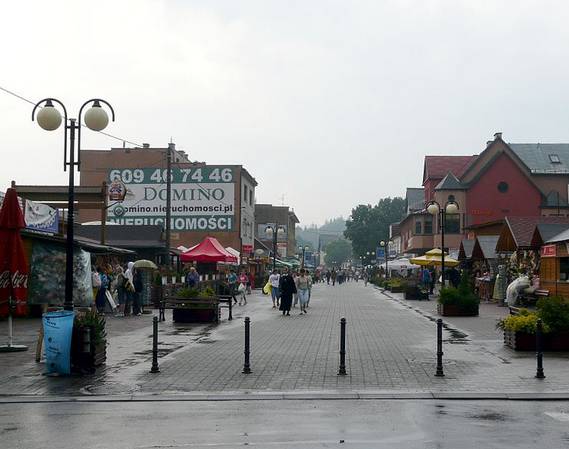 As you can see, Vistula is a great place to relax, absolutely at any time of year, regardless of the season. The infrastructure of the city allows you to spend on its territory a comfortable, full-fledged vacation, which you will enjoy its variety and active sports, among other things.