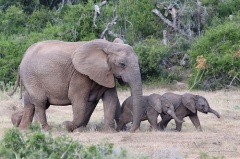 Elephants are the largest land mammals on the planet (Photo: Four Oaks, licensed by Shutterstock.com)

On September 22, many countries celebrate one of the environmental holidays – World Day of elephants, which was established at the initiative of environmental organizations, environmentalists and concerned people concerned about the decline in the number of these animals. One may be surprised by this fact, but, alas, even these thick-skinned giants need protection nowadays.

Elephants are the largest land mammals on the planet and belong to the elephant family (Elephantidae), Proboscidea. Elephants are intelligent, self-aware and highly organized animals, and are the only survivors of an ancient group of proboscidae that formerly inhabited most of the land. Currently, elephants live in the tropical forests and savannahs of Southeast Asia and Africa.

They also played a big role in people’s real life. It is known that elephants in ancient times were involved in military campaigns and battles, helped in construction and transportation of goods, were indispensable helpers of farmers. And even today the welfare of a number of countries where tourism is one of the key sectors of the economy, directly “depends” on elephants, which attract tourists to the country. For example, in Thailand and India, elephants take part in all festivities, creating a unique coloring, play polo, participate in races, draw, entertain tourists … 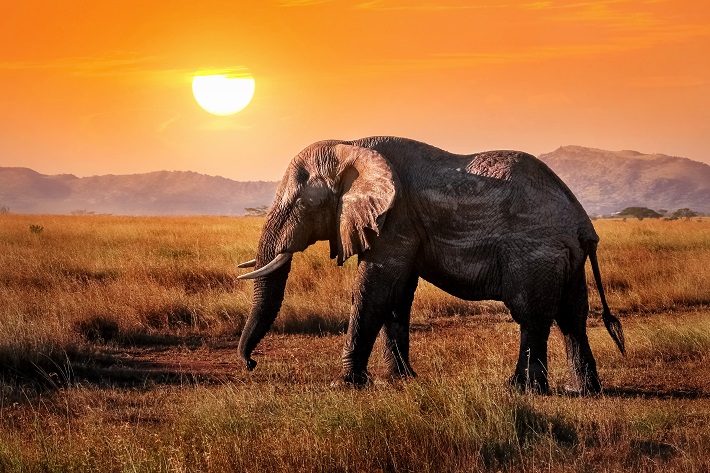 Elephants are revered by many peoples of the world (Photo: Delbars, licensed by Shutterstock.com)

However, it is man who is the main enemy of the elephant. After all, the main reasons for the decline in the number of these animals are the hunting of people for their tusks and meat, extermination due to the damage caused to crops, deforestation – the natural habitat of elephants, and in general the deterioration of the environment.

Today, for example, African elephants are on the verge of extinction. Despite the fact that in many countries of the world the killing of an elephant is punishable by death, and conservation and preservation areas have been set up to protect them, the problem still remains. Indian elephants are not hunted for their tusks, which only the males have, but even those are very short. But even here the situation is not easier. Because India is considered the most densely populated place in the world, elephants are simply forced out of their natural habitat, often condemning them to death from lack of food and water.

Even zoos are no solution to the problem. After all, they are not everywhere comfortable, and not everywhere elephants are properly cared for and kindly treated. But, above all, in captivity, elephants practically do not reproduce, and their life span is shortened many times over (the average life span in the wild is 60-70 years).

Today, for example, African elephants are one step away from extinction (Photo: paula french, licensed by Shutterstock.com)

At present only two species remain: the Indian elephant, which reaches a height of 2.5 meters and weighs 3-5 tons, and a larger representative, the African elephant, which weighs 5-7 tons and can reach a height of 4 meters. Today there are about 500-600 thousand elephants in Africa and about 30 thousand in Asia, and these numbers are constantly decreasing. Indian elephants are listed in the Red List of the International Union for Conservation of Nature (IUCN) as “endangered”, African elephants as “near threatened”. The international trade in ivory (tusks), which are used for jewelry and handicrafts, was completely banned by decision of the United Nations in 1989.

The goal of the Day is to raise awareness of the need to protect and preserve the African and Indian (or Asian) elephant populations, and to raise public awareness of the problem of the illegal slaughter of elephants and the inappropriate captive care of these animals.

READ
Sapporo, the forgotten but most beautiful city in Asia

Despite the fact that the World Elephant Day has no official status yet, many environmental and conservation organizations around the world are traditionally involved in the organization of events dedicated to this date. On this day educational activities, flash mobs, exhibitions and conferences are held, people are told about elephants, about their life in the wild and in captivity, about the problems of conservation of these majestic animals. 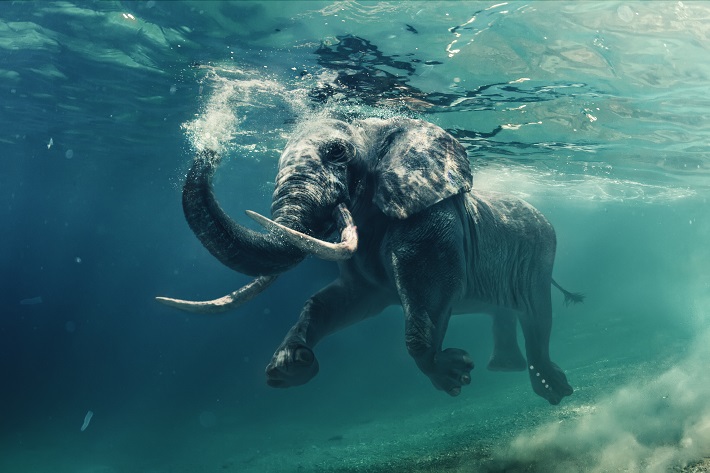 It should also be noted that this is not the only date dedicated to elephants. So, there are other holidays and international days directly related to these animals and celebrated by various initiative groups from different parts of the world. For example, June 20 is World Elephant Day in zoos, and March 13 is Elephant Day in Thailand. There is also World Elephant Day (or “Elephantoween”), which is celebrated annually on November 30.

Some interesting facts about elephants: – Besides the fact that elephants are the most living land mammals on the planet, a female elephant pregnancy lasts 22 months, the longest period for carrying cubs among all animals. Only one calf weighing up to 100 kilograms is born. – An elephant eats up to 450 kilos of plant food and drinks up to 300 liters of water a day. And because he eats so much, his teeth change 6-7 times in his life. – It is believed that elephants have a well-developed emotional sphere – they can experience different feelings: sadness, joy, empathy, sadness and even depression. By the way, elephants are the only animals that have a burial ritual. – It is also known that elephants can be right- or left-handed, depending on which tusk they work with more often. Because of this, they usually have one tusk shorter than the other (the worker wears out faster). – Elephants are excellent swimmers, but cannot jump, so they simply step over or around obstacles.

READ
The population and culture of Bangkok

There are also proverbs about elephants: “The elephant in the china shop” is when an elephant is often compared to a clumsy, clumsy person with poor coordination, who is sure to break something around him. But this, by the way, is a misconception, because, according to the trainers, the elephant is a very accurate and cautious animal. But the saying “Like an elephant’s pelvis” is very true. After all, the thickness of its skin with underlying layers reaches 3 cm. If it soaks in mud, as elephants love to do, the dried mud and subcutaneous fat layer, which can be up to 5 cm thick, makes its skin a natural armor.

Every year in India, the legendary elephant festival, Thrissur Puram, is held and people from different parts of the world come to it with the sole purpose of witnessing such a colorful and unforgettable event as the elephant festival. The festival itself takes place in Thrissur, which is located in Kerala. 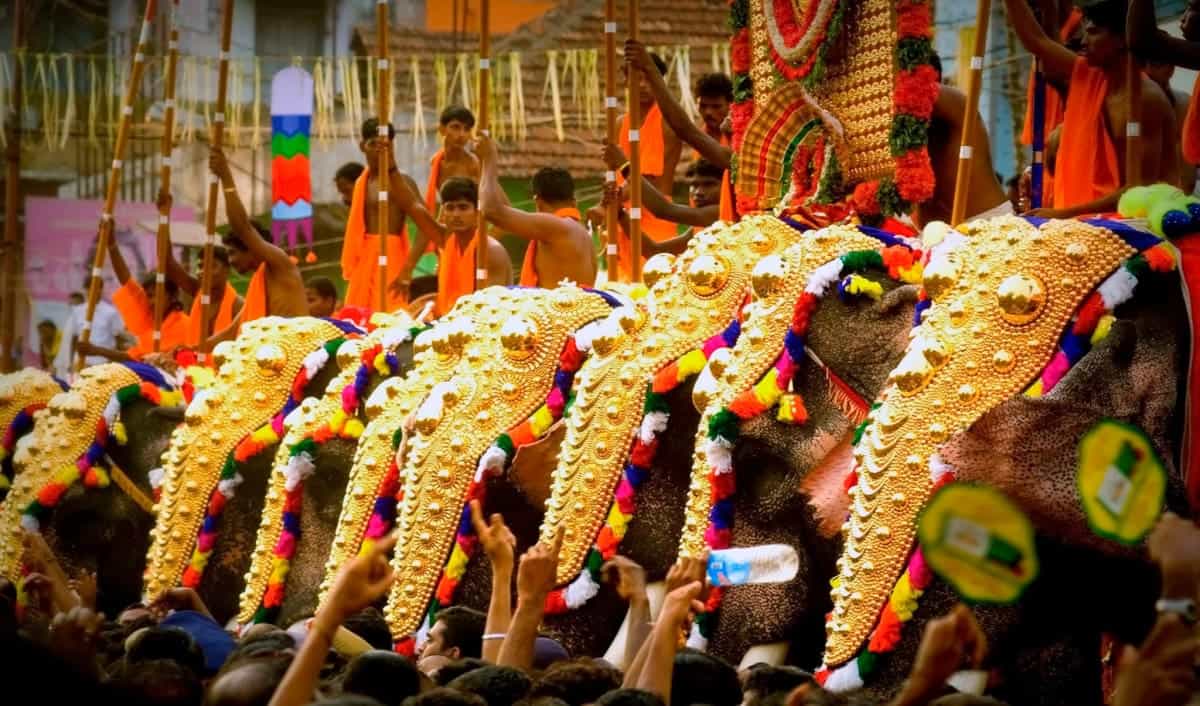 History of the establishment and development of Thrissur

The city of Thrissur is the cultural and religious center of the state and used to be the seat of the rajas of all Central Kerala. According to legend, this city was created by Parashurama (created due to the sixth reincarnation of God Shiva), after the creation of Korela. The city began to be built with the erection of a temple to Shiva, near which the main facilities of Thrissur were created.

Many times the town was attacked by invaders – the army of the ruler of Malabar, Sultan Haider Ali. European colonizers also left their hostile imprint here. Today, Trissur is the center of religious and cultural life of all Kerala. It is here that the world famous elephant festival takes place. 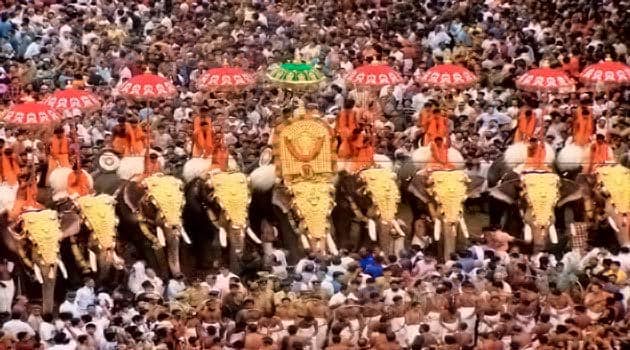 Thrissur Puram is one of the most spectacular festivals of all India. It is held annually at the Vadakkunnathan temple complex in the Indian month of Medam (April to May). It is believed that it was first celebrated over two hundred years ago. Since then, Trissur Puram has become a good tradition all over India.

READ
Portofino, Italy. What to see and where to eat?

Each time the date of the celebration varies, so many tourists come to the festival elephants sometimes even a few months in advance (in order to have time to find accommodation, because on the eve of the holiday to do it is almost impossible). The festival involves several temples, presenting to the judgment of the audience a grand creative show.

Elephant in India is the personification of God Ganesha, who gives wealth and prosperity, and the colorful festival of elephants – an opportunity to express their respect and reverence for God Shiva. The festival itself lasts for 36 hours, impressing the audience with a unique entertainment program. 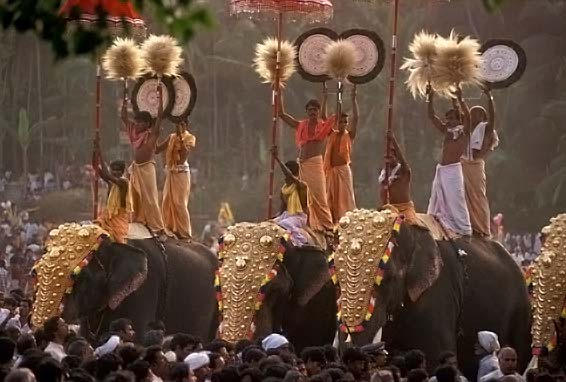 It begins with a morning procession of a group of 15 elephants from the Tiruvambadi Temple to Vadakkunnathan. On the back of the main elephant is a statue of the god Krishna. Another group of elephants begins moving from the Paramekavu Bhagavati Temple. On the back of the leader of this group is the image of the goddess Devi (Devi). Each temple is allowed to bring 15 elephants to represent them at the city’s most important celebration.

The two groups stand in front of each other near the Vadakkunnathan temple. All this is accompanied by the music of a melam (orchestra). The main highlight of the festival, however, are the festively decorated elephants marching to the continuous sound of hypnotic music – a cacophony of the sounds of pipes, drums, kimbals.

The elephants’ beautiful carpets blend perfectly with the walls of the Vadakkunnathan temple, painted in bright colors and inlaid with gold. On the back of each elephant sits an Indian man, spinning rhythmically with a colorful and shimmering umbrella of natural silk trimmed with gold. At short intervals the music grows tense and the men on the elephants suddenly straighten to their full height and begin shaking their white pompoms.

Behind each elephant stands a man with a round shield painted in very rich and bright colors. Very captivating and touching is the moment when the elephants begin to move their ears to the beat of drums and other musical instruments. At the end of this magnificent elephant festival, a colorful firework display lights up the night sky in Thrissur.