Unsolved mysteries on our planet are getting smaller every year. The constant improvement of technology, the cooperation of scientists from various fields of science reveals to us the secrets and mysteries of history. But the mysteries of the pyramids still defy comprehension – all discoveries give scientists only speculative answers to many questions. Who built the Egyptian pyramids, what was the technology of construction, whether there is a curse of the pharaohs – these and many other questions still remain unanswered. Archaeologists speak of 118 pyramids in Egypt, partially or completely preserved to our time. Their ages range from 4 to 10 millennia. One of them, Cheops, is the only surviving “miracle” of the Seven Wonders of the World. The complex called the Great Pyramids at Giza, which includes the Cheops Pyramid, was also considered for the New Seven Wonders of the World competition, but it was removed from the competition because these majestic structures are actually the “wonder of the world” on the ancient list. These pyramids have become the most visited sightseeing sites in Egypt. They are perfectly preserved, which can not be said about many other structures – time has not spared them. And the local residents have contributed to the destruction of the majestic necropolises, removing linings and breaking stones from the walls to build their houses. Egyptian pyramids were built by pharaohs who ruled from the 27th century BC onwards. They were intended for the burial of the rulers. Huge scale of tombs (some of them are almost 150 meters high) had to testify about the greatness of the buried pharaohs, here were placed the things which the governor liked during his life and which would be useful to him in the afterlife. Stone blocks of various sizes which were chiseled out of rocks were used for the constructions, and later bricks were used as the material for walls. Stone blocks were hewn and adjusted so that a knife blade could not slip between them. The blocks were stacked on top of each other with an offset of several centimeters, which formed the stepped surface of the construction. Almost all Egyptian pyramids have the square basis which sides are focused strictly to parts of the world.

READ
Route around Minsk in one day, Belarus As the pyramids fulfilled the same function, that is served as a place of burial of pharaohs, their interior design and decoration are similar. The main component is the funerary hall where the sarcophagus of the governor was established. The entrance was arranged not at ground level, but on some meters above, and was masked by facing slabs. From the entrance to the inner hall led stairs and passages-corridors, which sometimes were so narrow that it was only possible to squat or crawl along them. In most necropolises, the burial halls (chambers) are below ground level. Ventilation was carried out through narrow shafts through which the walls are pierced. Rock paintings and ancient religious texts are found on the walls of many of the pyramids – in fact, scientists get some information about the construction and owners of the tombs from them. The list of unsolved mysteries begins with the form of necropolises. Why was the form of a pyramid chosen, which translates from Greek as “polyhedron”? Why were the facets clearly arranged along the sides of the world? How the huge stone blocks were moved from the place of excavation and how they were lifted to a great height? Were the buildings built by aliens or people who possessed a magical crystal? Scientists even debate the question of who built such tall monumental structures that have stood for thousands of years. Some believe they were built by slaves who died by the hundreds of thousands in the construction of each. But new discoveries by archaeologists and anthropologists convince us that the builders were free people who were well fed and medically cared for. They drew such conclusions from the composition of the bones, the structure of the skeletons and the cured injuries of the buried builders. All deaths and deaths of people involved in the study of the Egyptian pyramids were attributed to mystical coincidences, which provoked rumors and conversations about the curse of the pharaohs. There is no scientific evidence to support this. Perhaps the rumors were started to scare off thieves and looters who wanted to find valuable things and jewelry in the tombs. Among the mysterious interesting facts is the short period of construction of the Egyptian pyramids. According to calculations, large necropolises at that level of technology had to be built in at least a century. How, for example, the pyramid of Cheops was built only for 20 years? So called the funerary complex near the city of Giza, consisting of three large pyramids, a huge statue of the Sphinx and small satellite pyramids, probably intended for the wives of rulers. The original height of the Cheops pyramid was 146 m, the side length was 230 m. Built in 20 years in the 26th century BC. the largest of the Egyptian sites has not one, but three funerary halls. One of them is below ground level and two are above the base line. Intertwining passages and corridors lead to the burial chambers. They lead to the chamber of the pharaoh (king), the chamber of the queen and the lower hall. Pharaoh’s chamber is a chamber of pink granite, has a size of 10×5 meters. It contains a granite sarcophagus without a lid. None of the reports of the scientists had any information about the mummies found, so it is unknown whether Cheops was buried here. By the way, the mummy of Cheops was not found in other tombs. It is still a mystery whether the pyramid of Cheops was used for its intended purpose and if so, it must have been looted by looters in past centuries. The name of the ruler, by whose order and design this tomb was built, is learned from the drawings and hieroglyphs above the burial chamber. All other Egyptian pyramids, with the exception of Djoser, have a simpler engineering design.

The other two necropolises at Giza, built for the heirs of Cheops, are somewhat more modest in size: Tourists go to Giza from all over Egypt, because this city is actually a suburb of Cairo, and all transport interchanges lead to it. Travelers from Russia usually go to Giza as part of tour groups from Sharm el-Sheikh and Hurghada. The trip is long, 6-8 hours one way, so the tour is usually designed for 2 days.

The Great Structures are accessible to visitors only during working hours, usually until 5 pm, during the month of Ramadan until 3 pm. It is not recommended to go inside for asthmatics, as well as people suffering from claustrophobia, nervous and cardiovascular diseases. It is mandatory to bring drinking water and headgear on the tour. The fee for the tour consists of several parts: Against the backdrop of the Egyptian pyramids, many people like to take pictures while sitting on camels. You can bargain with the owners of the camels. The first pyramid in the world is located in Saqqara, near Memphis, the former capital of ancient Egypt. Today, the pyramid of Djoser is not as attractive to tourists as the Cheops necropolis, but at one time it was the largest in the country and the most complex by engineering design.

The funerary complex included chapels, courtyards, and vaults. The six-step pyramid itself has not a square base, but a rectangular one, with sides 125×110 m. The height of the structure is 60 m, there are 12 burial chambers inside it, where Djoser himself and members of his family were buried. Mummy of a pharaoh during the excavations could not be found. The entire territory of the complex in 15 hectares surrounded by a stone wall height of 10 meters. At the present time restored part of the wall and other buildings, and the pyramid, the age of which approaches 4,700 years, preserved well enough.

READ
What to see in Lake Bled, Slovenia

Millions of people travel to Egypt every year, and many go there just to see the Egyptian pyramids. But these amazing structures are not the only ancient pyramids you can see around the world: there are many more than you think.

In this article, you’ll learn about the ten most popular ones, and who knows, maybe after all the borders are open, you’ll visit some of them. 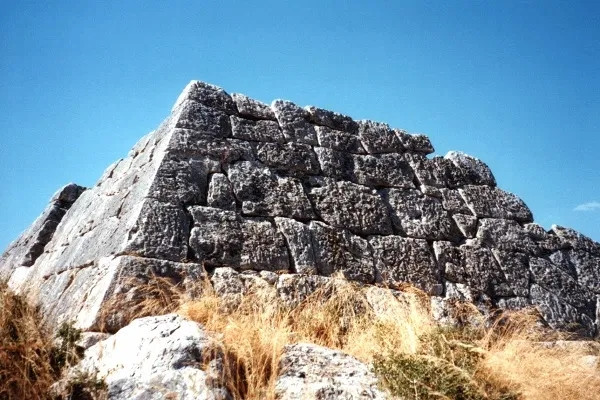 Also known as the Pyramids of Argolida, these ancient structures are located on the plains of Argolida in Greece. Each is considered a separate tomb, but they are more like mines because their tops were destroyed a long time ago. They were created around 2000-400 B.C., so it goes without saying that they have existed on our planet for quite some time. 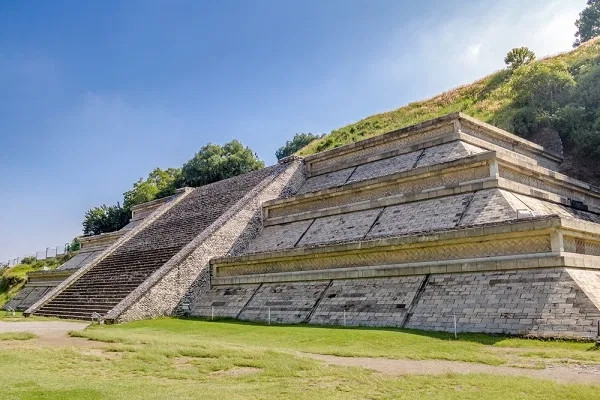 Also known as Handmade Mountain, this huge complex is located in Cholula, Mexico. The pyramid is said to have been built between about the third century B.C. and the ninth century A.D. The Great Pyramid of Cholula has an impressive height of 66 meters and a base of 450 by 450 meters. 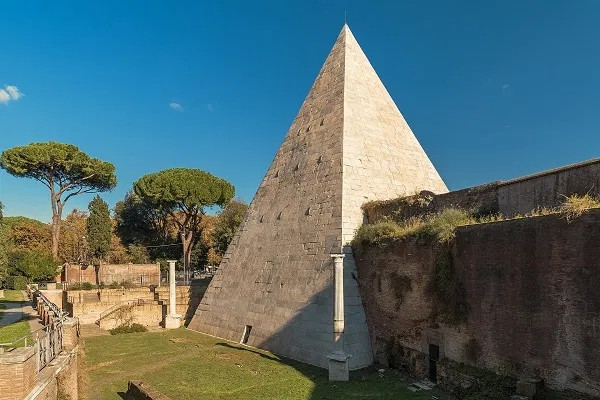 These remarkably preserved ancient structures in Rome, believed to be the tomb of Gaius Cestius, were built around 18-12 BC. They are pleasant to look at-mostly because of the slabs of white marble. 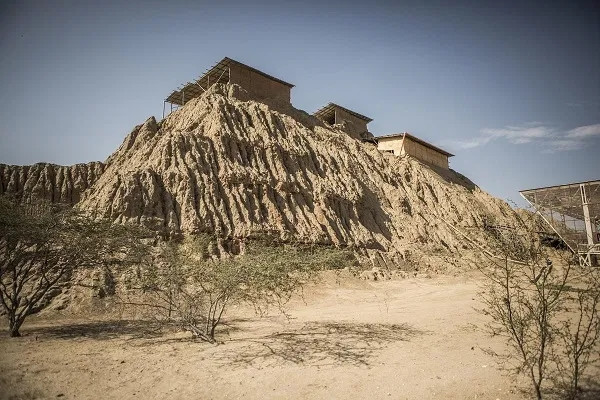 This pre-Hispanic site in Peru is not just a pyramid, but an entire area of more than 219 hectares with 26 large pyramids and mounds. They are believed to have been erected between 800 and 1350. They are still used by local shaman healers as a place to receive the healing power of the earth. 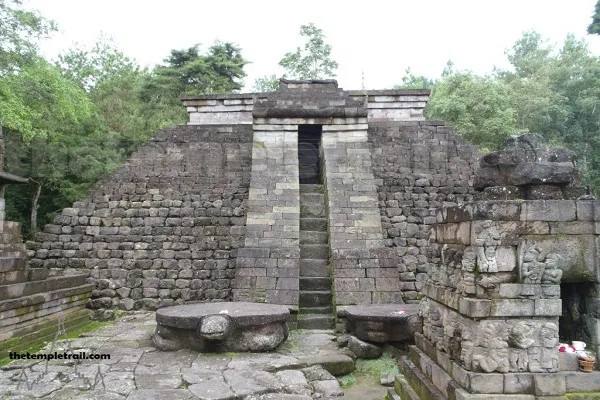 Located on the western slope of Mount Lavu, the Sukuh Pyramid is considered a monument to birth and sex education. If you visited it, you would have guessed it yourself from the thematic reliefs dotted around the main structure. 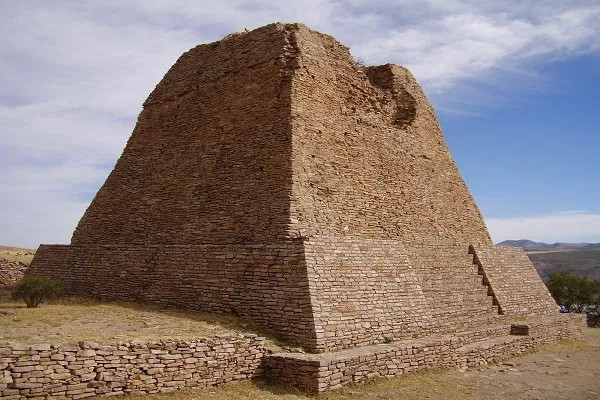 Part of the Mesoamerican complex in Mexico, this area has several ruined pyramids that were often used as forts.

The most impressive pyramid in the area is the Votive Pyramid, with an expressive staircase leading to higher levels, proudly towering above the rest. 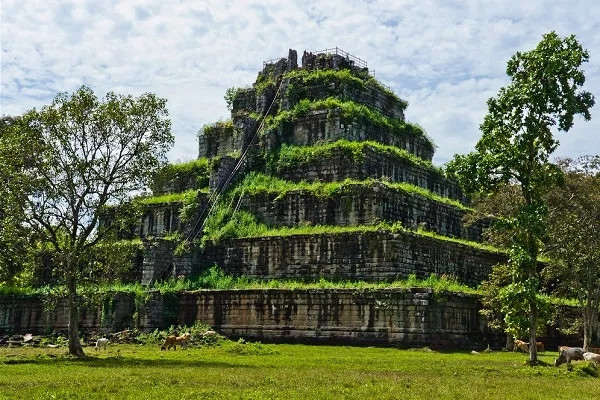 This stunning 7-tiered sandstone pyramid is perhaps the most impressive on this list.

Built around 921, it probably served as a temple. Today it is a very popular tourist attraction with many guest houses where tourists can stay. 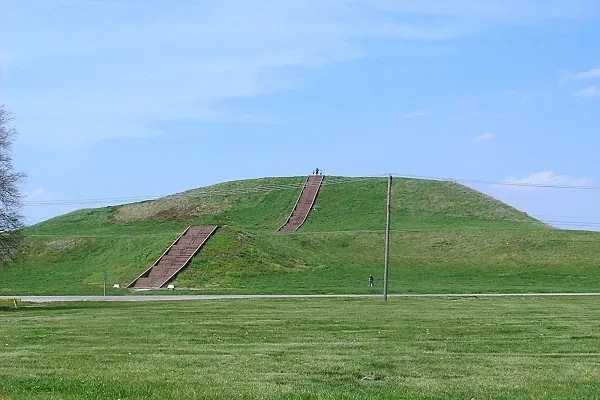 Considered the largest pyramid north of Mesoamerica, this pyramid was built in 900-955 and is considered a UNESCO World Heritage Site. It is so huge that its base is larger than the Great Pyramid at Giza! 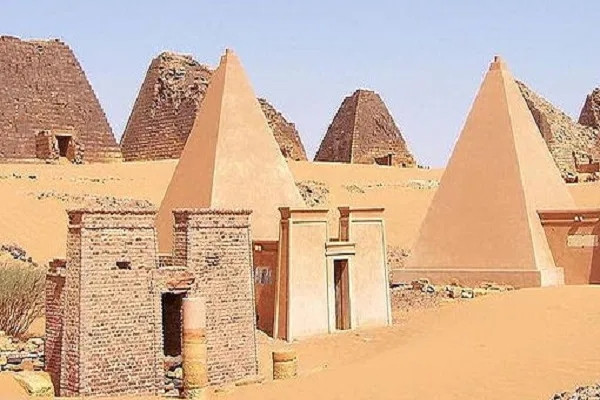 Discovered in the Nile Valley region, the Nubian Pyramids, known as the pyramids of Nubia, were built by rulers of the ancient kingdom of Kush (Meroit Kingdom) around 2500-1500 B.C. And while they are not as impressive in size, it is said that 255 pyramids were erected in this region, which cannot help but make a profound impression. 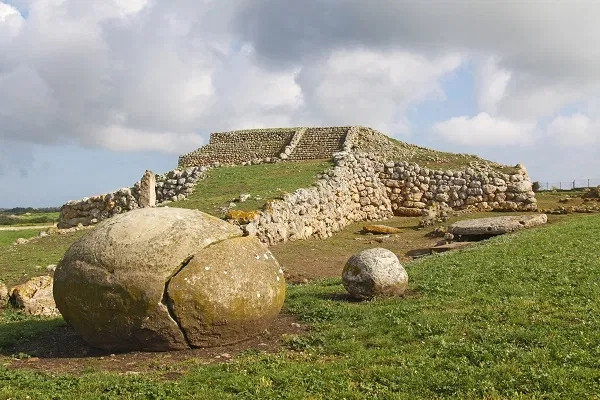 This Neolithic pyramid is located in the Sassari area and dates from about 4000-3650 B.C. Although much of the main structure was damaged in about 3000 B.C., you can still see the clear structure of the pyramid and the view from its top is without exaggeration impressive, allowing you to view the surrounding fields going into the distance.