In Egypt, once a great and powerful civilization, there are many monuments of antiquity that are astonishing and awe-inspiring. The fact that, centuries ago, these places and buildings were built in some incredible way with the most basic tools and techniques only makes them all the more amazing. I suggest you come with me on a tour of Egypt’s impressive ancient sites.

1. The Pyramids of Giza 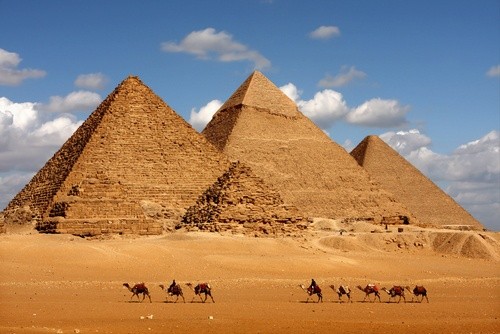 Not only are the Pyramids the most famous and recognizable ancient sights in Egypt, but they are the last remaining Wonder of the World. Located near the capital city of Cairo, they are one of the most visited sights, with only 3 of 138 remaining throughout Egypt. The highest among them – the pyramid of Khufu, as it is called the Great Pyramid, is 140 meters in height. It is estimated that the construction of Khufu, which is the largest and most ancient, dates back to 2560 BC. I think Egypt is an amazing place to go on your honeymoon. 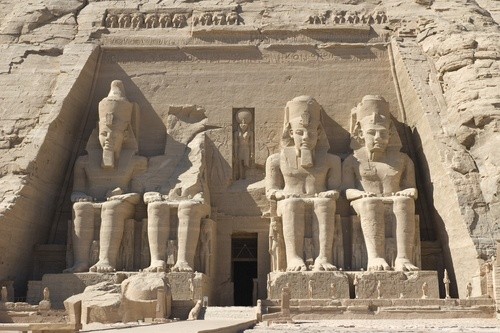 This is an incredible place, but what is even more amazing is that it is one of the attractions of ancient Egypt that is not where it was built. The massive temple of Abu Simbel, built around 1260 B.C., was moved completely to its current location to prevent it from flooding due to the creation of Lake Nasser. The two temples of Abu Simbel are masterpieces of ancient carvings. Its facades are decorated with massive sculptures that guarded the entrances to the Temple of Pharaoh Ramses II and Queen Nefertari. The interiors of the temples are equally impressive, full of sculptures, carvings and columns. 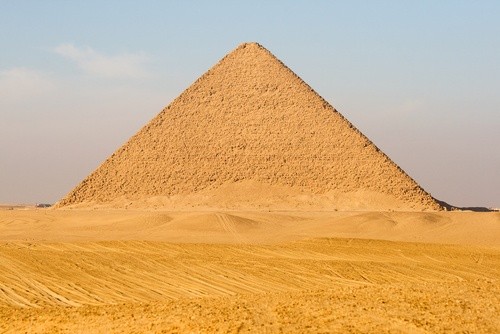 The third largest pyramid, the Red Pyramid, is one of the magnificent ancient Egyptian landmarks. It rises 104 meters in height, but its distinctive reddish hue sets it apart. Made of pinkish stone, it takes on a dark red hue in certain lights. It can be reached by road, which can be quite difficult. The effort is worth it to see the exterior of the pyramid, but what will impress you most is the grandeur of the interior with its massive chambers and steep passages. 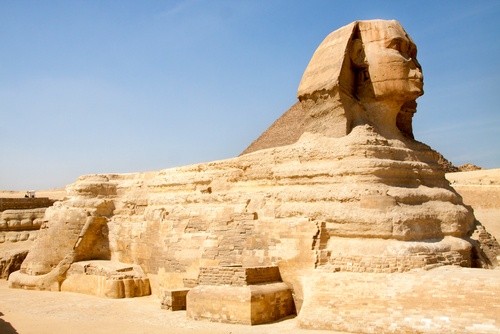 Seemingly merely decorating, or perhaps guarding, the Giza pyramid complex, the Great Sphinx is one of Egypt’s most beautiful and fascinating ancient monuments. The majestic Sphinx, half man, half lion, is the largest monolithic statue in the world, the result of an amazing feat that no one has yet been able to surpass, despite the fact that the statue has stood there since about 2500 BC. The Sphinx is 20 meters high and over 70 meters long. 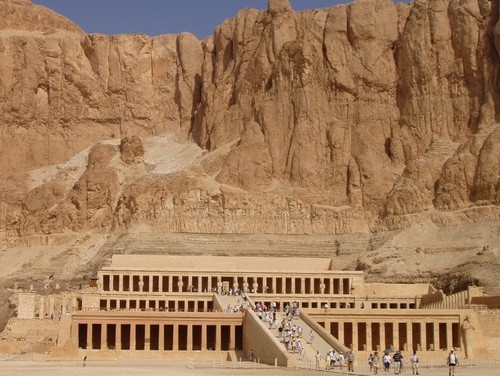 Luxor is a city and site of significant archaeological excavations in eastern Egypt, located in a picturesque valley on the banks of the Nile River, surrounded by mountains and desert. One of the important ancient Egyptian sites here is the Temple of Hatshepsut, dedicated to Amon-Ra. Seemingly built on a mountainside, its structure consists of three layers of terrace, which includes halls, courts, pillars and statues and many other artifacts. 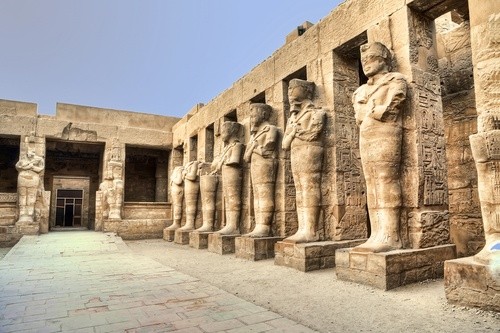 Karnak is the largest temple complex and, like the Temple of Hatshepsut, is located near Luxor. It is built in four separate sections and includes a huge main temple and several smaller ones. There are avenues of sphinxes and statues, amazing bas-reliefs, and a hypostyle hall complete with massive columns and carved friezes. The impressive Temple of Amon-Ra is one of the most frequently photographed sights in ancient Egypt. 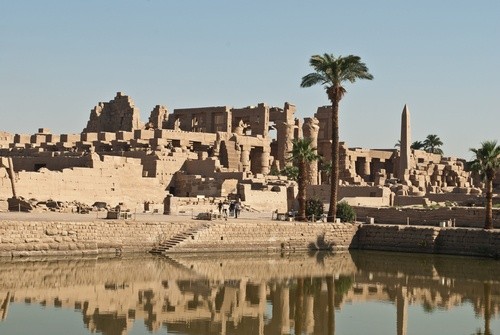 Not only is Luxor home to the Temples of Hatshepsut and Karnak, there is another temple called simply the Temple of Luxor. It is one of the largest Egyptian complexes, a whole collection of temples, monuments, buildings and statues built of sandstone. The central corridor and the avenue decorated with sphinxes are considered particularly striking. All this is magnificently illuminated at night. 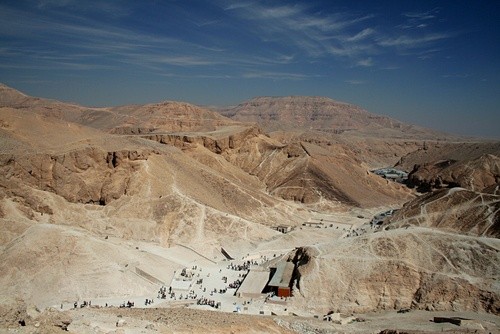 This is where Tutankhamun’s tomb was found in 1922. It started a massive excavation and eventually led to this huge area that has been called the Valley of the Kings. The valley, which is set in majestic rocky mountains, contains the tombs of the pharaohs who ruled from the 16th and 11th centuries B.C. Another impressive sight is the seated statues of the Colossi of Memnon. All of these sites are accessible for viewing. The temples and tombs are decorated with fabulous frescoes and hieroglyphics.

I really cannot describe in full beauty all these ancient monuments of Egypt. It is worth seeing with your own eyes. Monuments of antiquity exist all over the world, but for some reason there is something completely magical and mystical about these ones. Just thinking about how it was all built is an inexhaustible source of wonder. Have you ever visited these places?