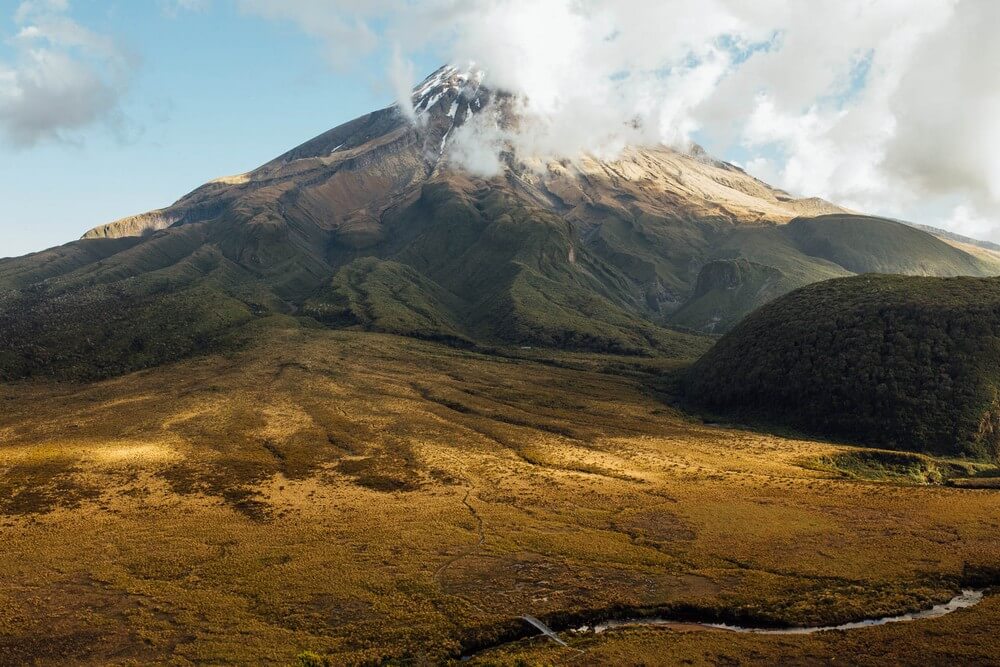 New Zealand is an amazing country with unique nature, which travelers can easily admire to the fullest in the many nature reserves and national parks. One of them is Egmont Park, which is famous not only for its incredible scenery, but also for its well-defined shape and drainage system that is clearly visible from high up.

The park was founded in 1900, making Egmont one of New Zealand’s oldest preserves. The park’s history dates back to the 18th century, when navigator James Cook landed on the island. He named the volcano, located in the center of the park, Egmont, after Earl Egmont, one of the first persons in the Admiralty.

This name was later extended to the entire area surrounding the volcano. In the Maori language, the volcano is called Taranaki. Both names are now used.

The park has an unusual shape in the form of a circle, as you can see by looking at the images taken from space. The area of the reserve is approximately 335 km². 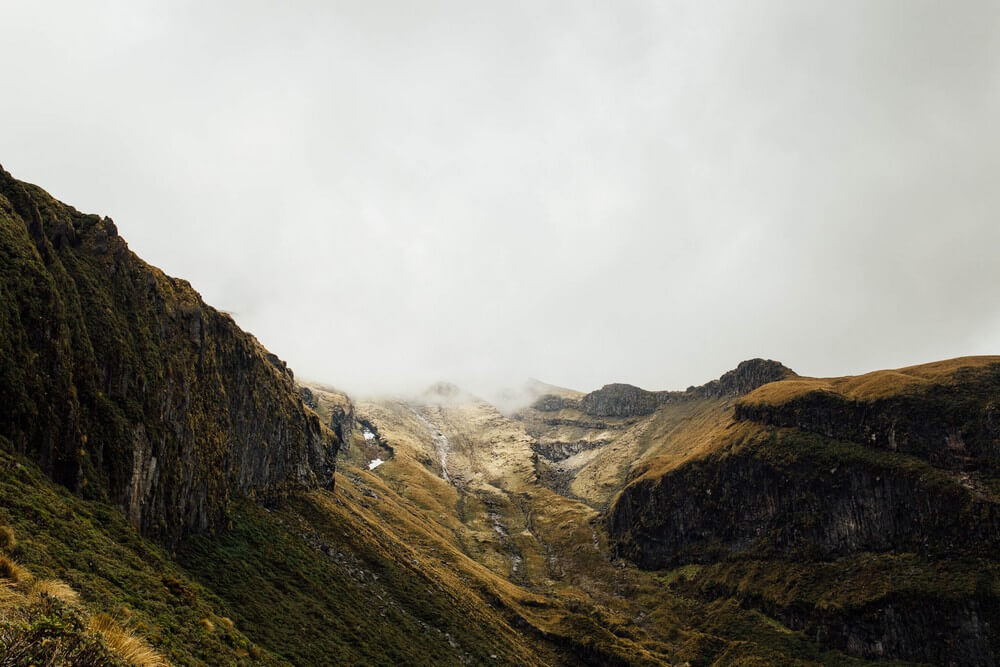 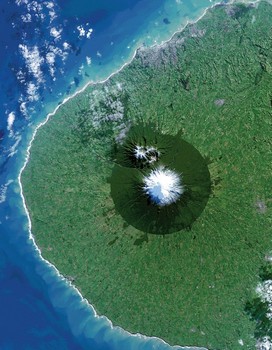 The main attraction of the park Egmont is the volcano of the same name, about 2.5 km high. It is cone-shaped and looks very picturesque. Movie buffs will immediately recognize it as a mountain, which appeared in the Hollywood movie “The Last Samurai”.

The age of the volcano is about 120 thousand years, and today it is officially recognized as extinct. Locals, however, believe that the sacred mountain is quite capable of some kind of surprise, although the last time Egmont erupted was in the late 18th century.

Mount Egmont is not the only mountain in the preserve. You can also see Powkai and Kaitaki volcanoes here, as well as Mount Fantema, which gives a curve to the park’s circular boundary.

Other attractions for visitors often include Dawson’s Falls and local lakes, around which there are hiking trails.

The Ahukawakawa Swamp is also worth a visit. It is located at an altitude of about 0.9 km. Most of its surface is hidden under a thick layer of moss.

According to visitors, the “calling card” of the local flora is the “goblin forest,” famous for its crooked trees almost entirely covered in moss. On the lower areas grows a forest consisting of northern ratha and kamaha, trees often found in New Zealand. The upland areas are often occupied by alpine meadows.

It is the vegetation that gives the park its unusual circular shape, as the dark woodlands in the park provide a distinct contrast to the green grassy pastures that surround the park.

There are a huge number of hiking trails of varying lengths in the reserve. You can walk the shortest paths in 15-20 minutes, but there are trails that will take you several days to cross. You can rest in specially designed tourist cottages.

Climbers are perfectly capable of climbing Mount Egmont. It usually takes no more than six hours. But note that the weather here is changeable, so at any moment it may get colder, visibility may deteriorate or there may be strong winds. The park is also open during the snow season, as it turns into a wonderful ski resort.

Egmont National Park is a great place to relax and also allows you to explore the wonderful nature of New Zealand.

The most amazing places to visit in New Zealand (18 photos)

Beauty is in the eye of the beholder, and what makes a place the most beautiful are the memories that remain after visiting it, the people you meet, and perhaps the supernatural scenery that you will cherish for the rest of your life.

When it comes to supernatural landscapes, though, New Zealand’s landscapes are some of the most memorable in the world. The sixth-largest island nation has a wealth of unique places that everyone should visit at least once in their lifetime.

READ
The 16 Best Sights of Elista - Description and Photos

To help all travel lovers, here are a few places that will make your next trip to this country completely unforgettable. 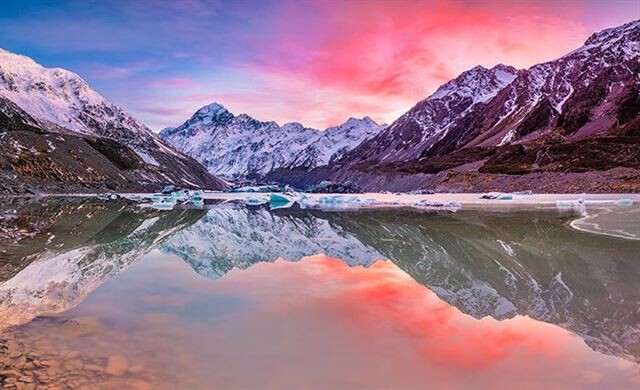 Aoraki / Mount Cook is the highest mountain in New Zealand. Its height, according to 2014 data, is 3,724 meters. Mount Cook is located in the Southern Alps, a mountain range that stretches along the South Island. As a popular tourist destination, it is also a favorite destination for climbers who want to test their skills. 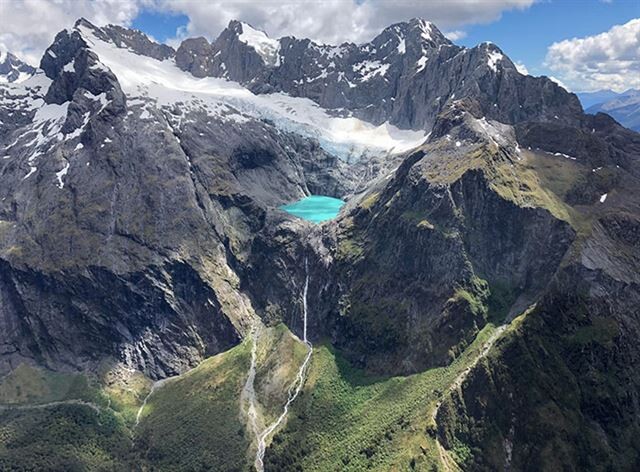 Korako Glacier in Milford Sound. You can make a challenging hike here on foot or book a comfortable helicopter ride for stunning views. 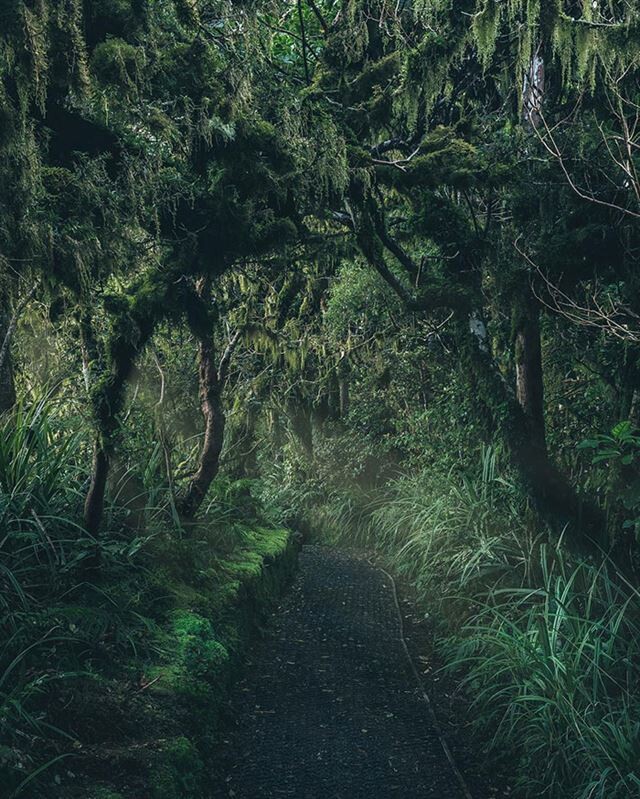 The park, dominated by the dormant Mount Taranaki volcano, was founded in 1900. Because the region has high annual rainfall and a mild coastal climate, the foothills are covered in lush rainforests that are of national importance because of the complete absence of beech trees. 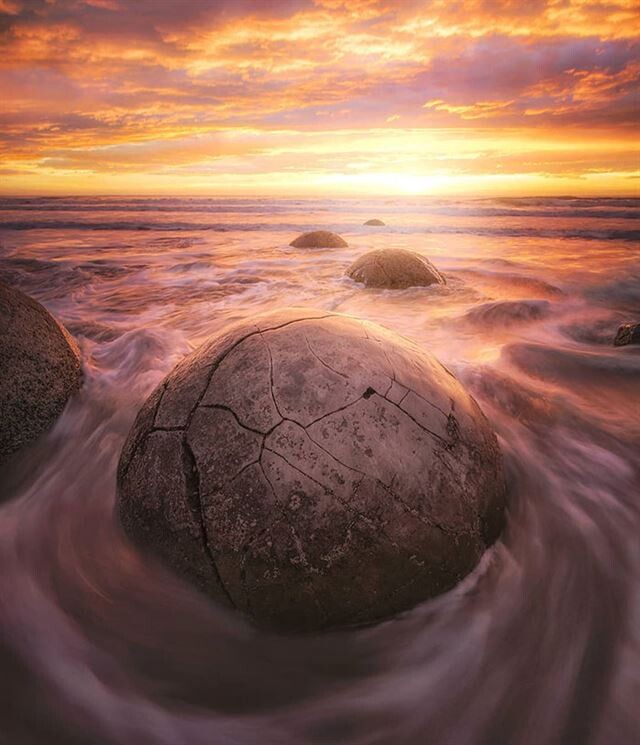 The Moeraki Boulders are unusually large, spherical boulders that lie along Koekohe Beach on the wave-ridden New Zealand coast between Moeraki and Hampden.

These boulders are grey septaria (almost spherical nodules) that have been formed from the surrounding mudstone by coastal erosion. 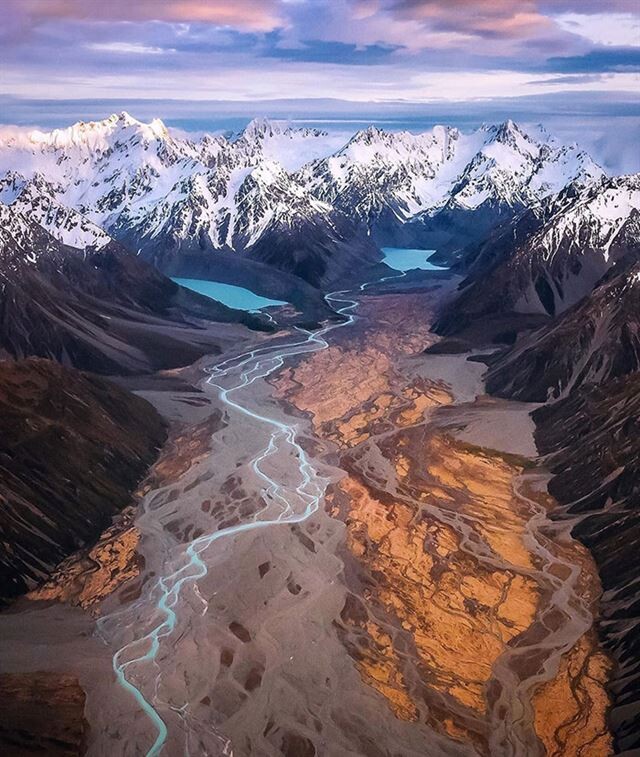 Spanning almost the entire length of the South Island, the Southern Alps is the highest mountain range in Australasia. There are Aoraki/Mount Cook, Mount Aspiring, Mount Tutoko, and many other mountains, glacial lakes, and forest wonders. 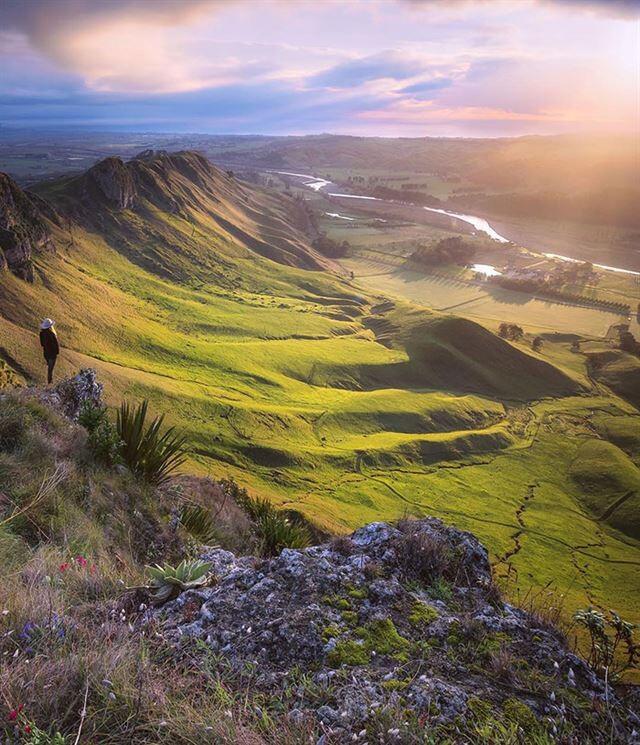 Hawke’s Bay is a region of New Zealand on the east coast of the North Island.

In this region is the hill with the longest name in New Zealand and the longest in the world, according to the Guinness Book of Records 2009.

Taumatawhakatangangihangakoauauauotamateaturipukukakapikimaungahoronukupokaiwhenuakitanatah is an unremarkable hill in the southern part of Hawkes Bay, near Waipukurau.

READ
Top 10 food and restaurants to visit in Sorrento, Italy 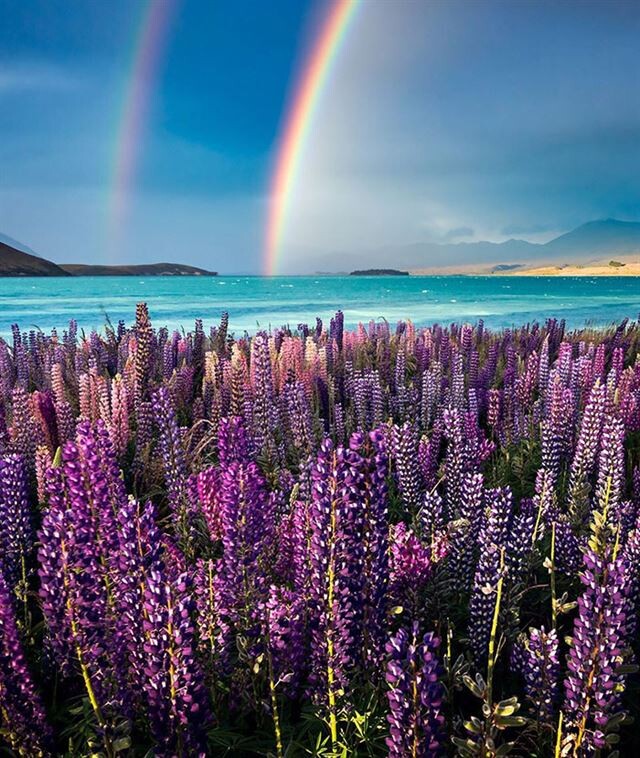 Lake Tekapo is beautiful and has a unique azure color due to the glacial waters. It can be gorgeous during the day, but when the sun goes down, the place is truly magical.

Lake Tekapo is part of UNESCO’s Dark Sky Reserve, which means that as night falls, the sky above the lake is illuminated by a mind-boggling number of stars. 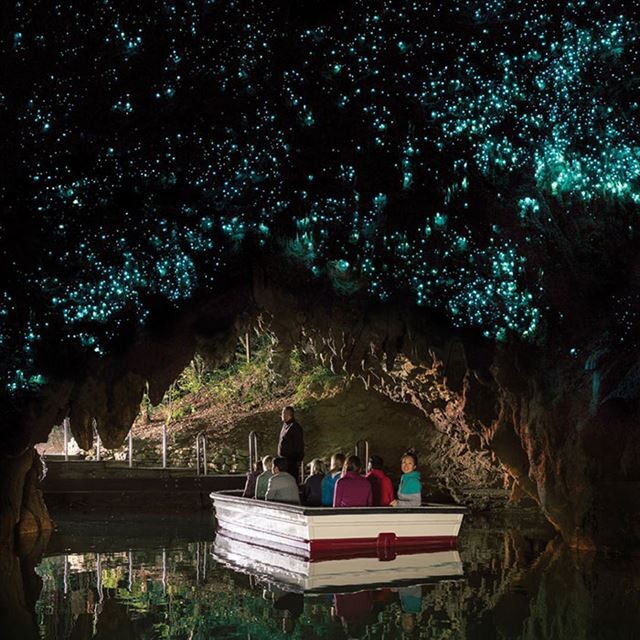 The town of Waitomo is lush and hilly, but beneath the sunlit surface lurks something dark and intriguing: a system of caves and underground streams.

Visitors to Waitomo Caves can see massive stalactites and stalagmites illuminated by a population of phosphorescent fireflies that live in these caves and illuminate the space with supernatural light. 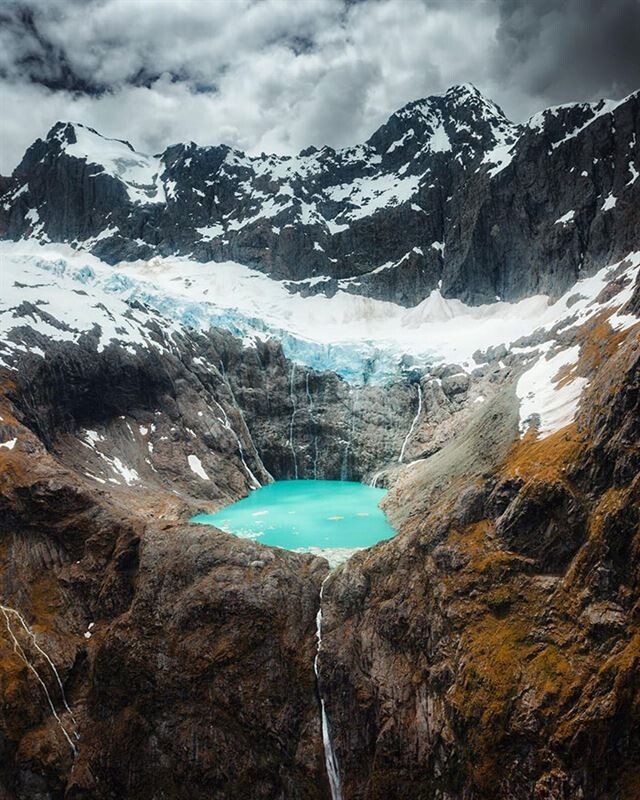 Rudyard Kipling once called Fiordland National Park the eighth wonder of the world. Simply put, it is one of the most beautiful places in the world.

Created as a national park in 1952 and listed as a UNESCO World Heritage Site in 1990, the area includes icy fjords with clear, crystal-blue water, deep lakes that seem almost pristine, spectacular mountains with snowy peaks that stretch to the sky, and stunning views that stretch from granite hills to the sea. 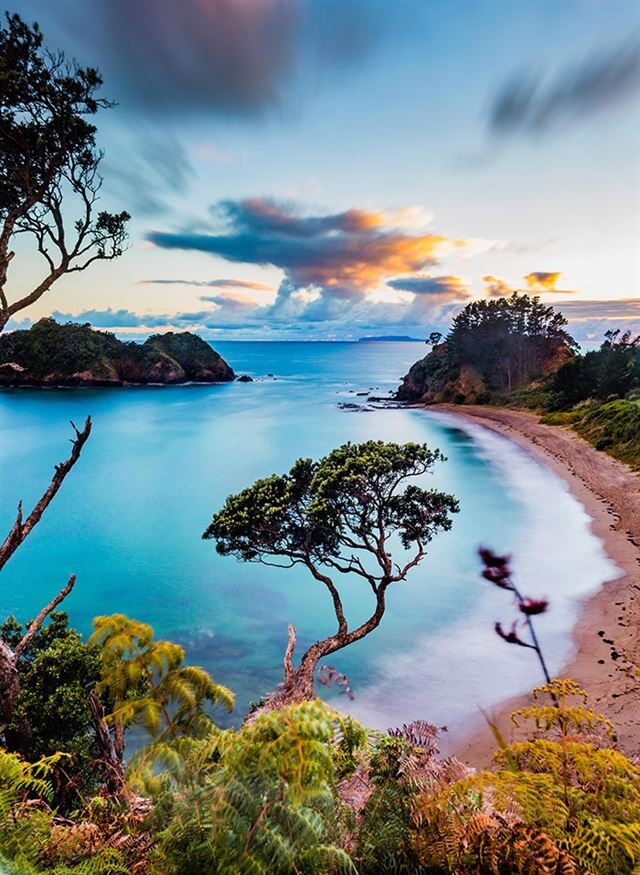 Whananaki is an area on the east coast of Northland, New Zealand. A long wooden bridge connects North Whananaki and South Whananaki, and an alternative connection is a 6-kilometer-long road that crosses the river above the estuary. 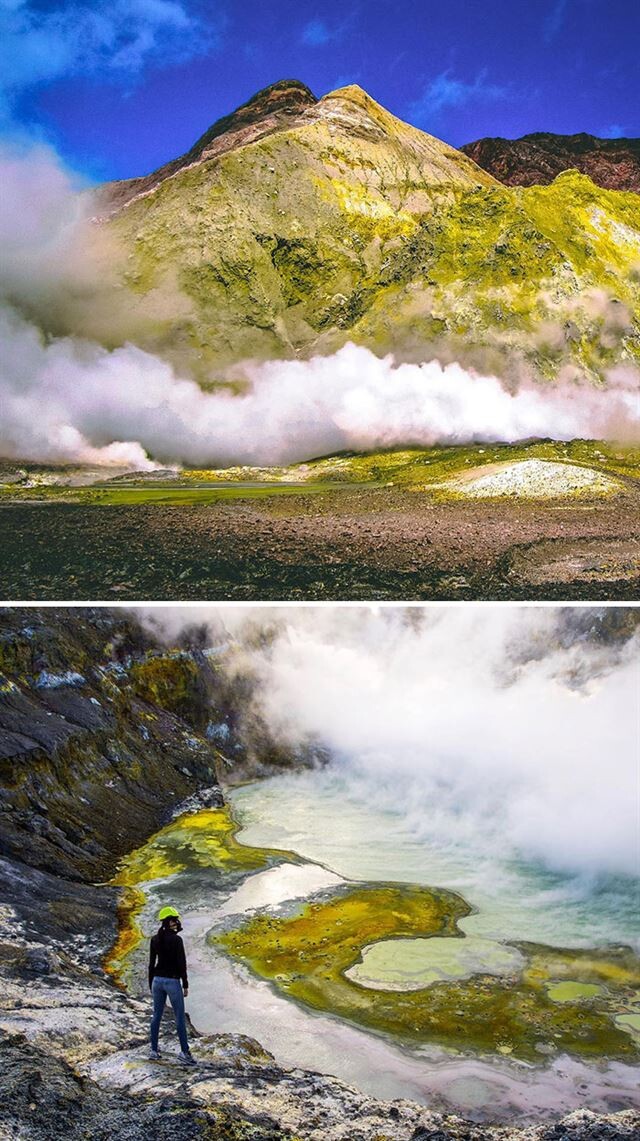 White Island is the only active volcano in the country, making it one of the best places for adventurers.

A trip around the island won’t be your usual leisurely stroll: because it’s an active volcano, you’ll have to wear a helmet and gas mask. You may even see volcanologists exploring the volcano.

You can get acquainted with the island during a scenic helicopter ride or by snorkeling around White Island to see the volcano’s underwater vents. 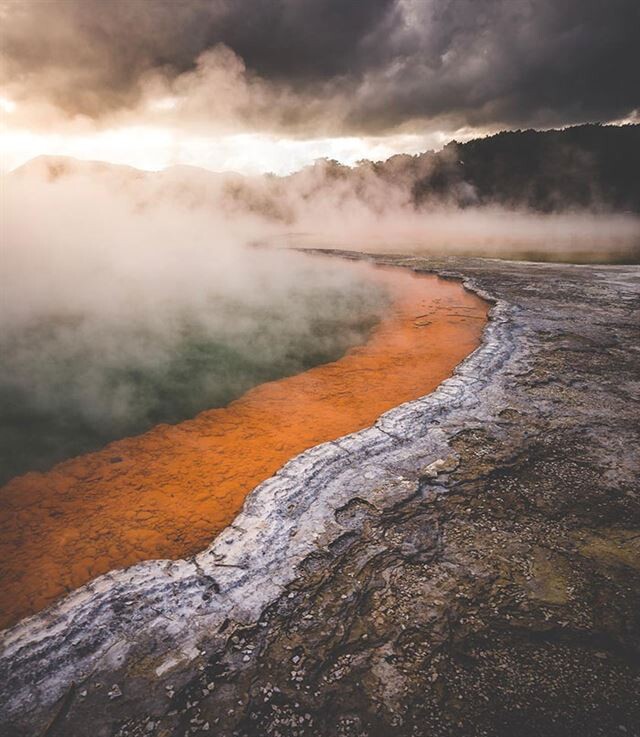 Wai-O-Tapu Geothermal Wonderland near Rotorua is a place that has impressed visitors throughout history with its geysers and hot pools.

This geothermal park is known for its colorful springs, including the colorful Champagne Pool, the neon-green sulfur pool Devil’s Bath, the erupting Lady Knox Geyser and the bubbling mud pools, which perfectly showcase the volcanic activity in this region. 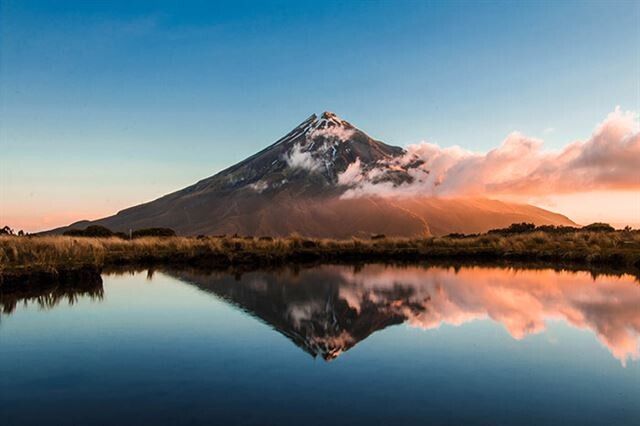 Mount Taranaki, known as Mount Egmont, is an inactive stratovolcano on the west coast of North Island.

Its symmetrical shape gives it a great resemblance to Fujiyama, so much so that Mount Taranaki served as the backdrop for the iconic mountain in the Tom Cruise movie The Last Samurai.

You can hike up to the magnificent summit of Taranaki via hiking trails in Egmont National Park. 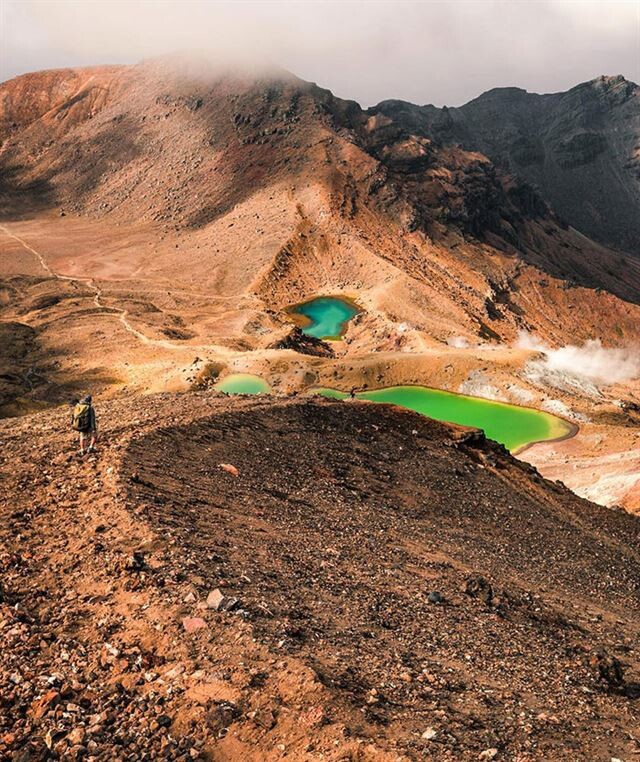 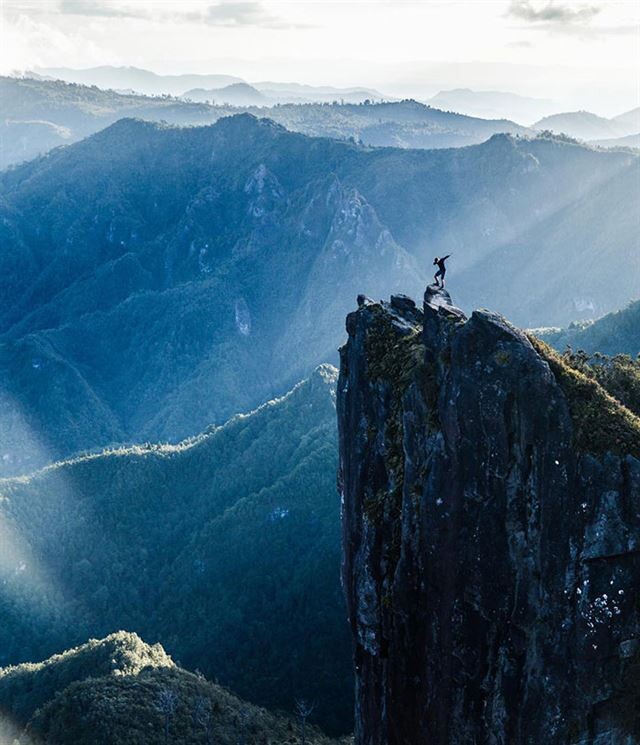 The Coromandel Peninsula is a favorite summer destination among New Zealanders. A collection of picturesque coastal towns, campgrounds, surfing and fishing spots are just some of its assets. And beautiful gems like Cathedral Cove and Hot Water Beac are nice bonuses. 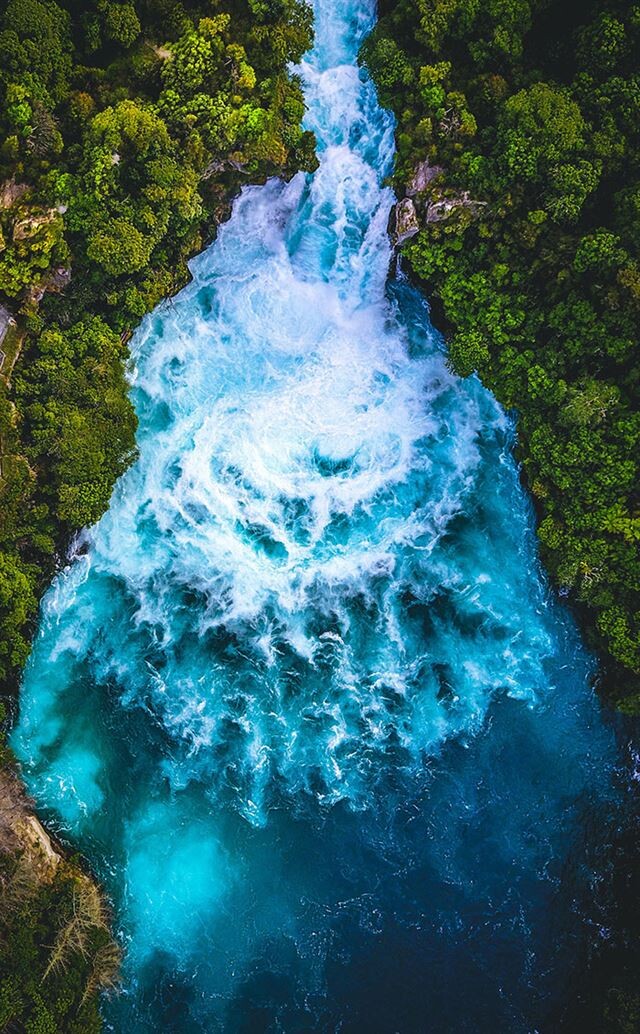 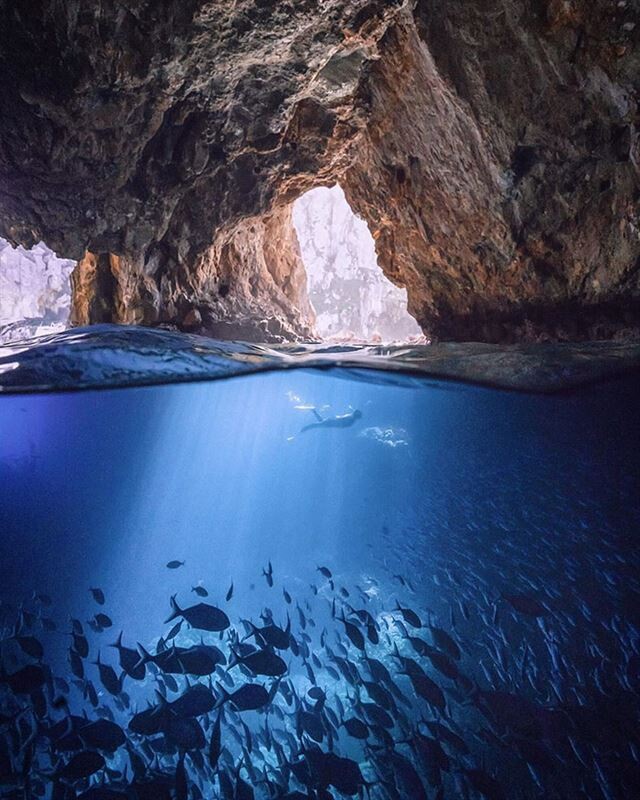 Tutukaka is an area on the east coast of Northland, located in an area commonly referred to as the Tutukaka Coast.

As the closest wharf to the Poor Knights Islands, Tutukaka is the base for boat tours offering diving and snorkeling in the waters around these protected islands.

READ
The 39 best sights of Barcelona - descriptions and photos

At the height of the summer months, Tutukaki’s population grows from about 600 permanent residents to 2,400. A walkway leads from Tutukaki to the small lighthouse on the cape of the same name. 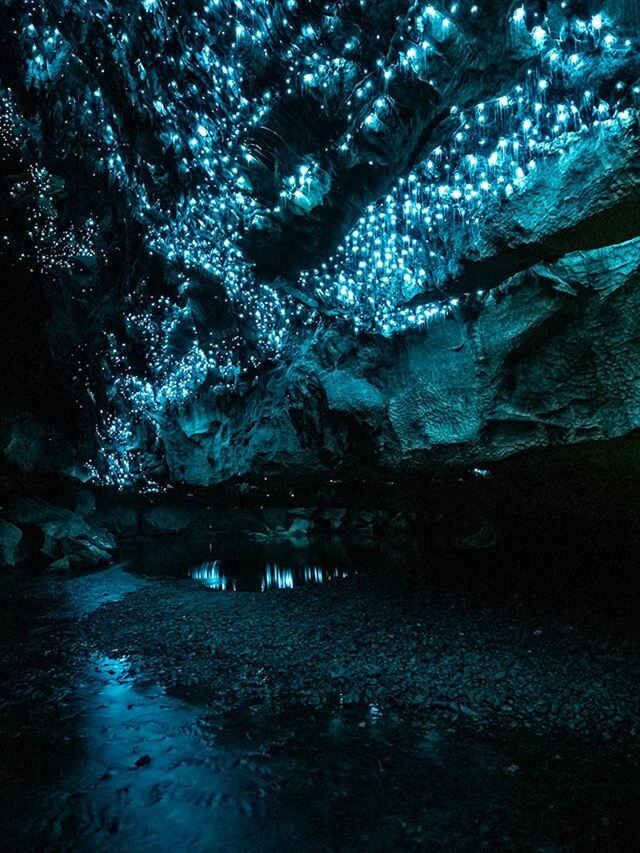 Waipu is a small town in Bream Bay, in the northern Northland region with Scottish roots. Not far from the town are the Waipu Caves, which are home to a significant population of fireflies.