Dublin, Ireland: Information on the city and places of interest.

Dublin is one of the oldest cities in Ireland and is also its capital. It’s the only city that was granted a “county town” status and is located at the point where one of the rivers of the country, the River Liffey, flows into the Dublin Bay. Most tourists are drawn to this city because of its varied history, which spans more than a century. This city has given the world many talented people. Famous representatives of literature are Bernard Shaw (“Pygmalion”, “The Devil’s Apprentice”), Oscar Wilde (“Portrait of Dorian Gray”, “Canterville Ghost”), Jonathan Swift (“Gulliver’s Travels”, “The Tale of the Barrel”) and others. It’s not for nothing that Dublin is also known as the cultural center of the country.

This may be of interest

Dublin is not only the oldest city in Ireland, but the largest by area. It covers an area of about 115 square kilometers, and about 553 thousand people live here, which is about half the population of Ireland. The capital of the country attracts tourists because it does not look like other major cities in Europe. It still has a note of provincial charm, attracting more and more people. Walking through the old streets of Dublin you can find cheerful redheaded Irishmen coming out of local bars with friends or family members. So when you come to Dublin you shouldn’t postpone visiting a bar or a tavern, because the real atmosphere can be felt only in such places. 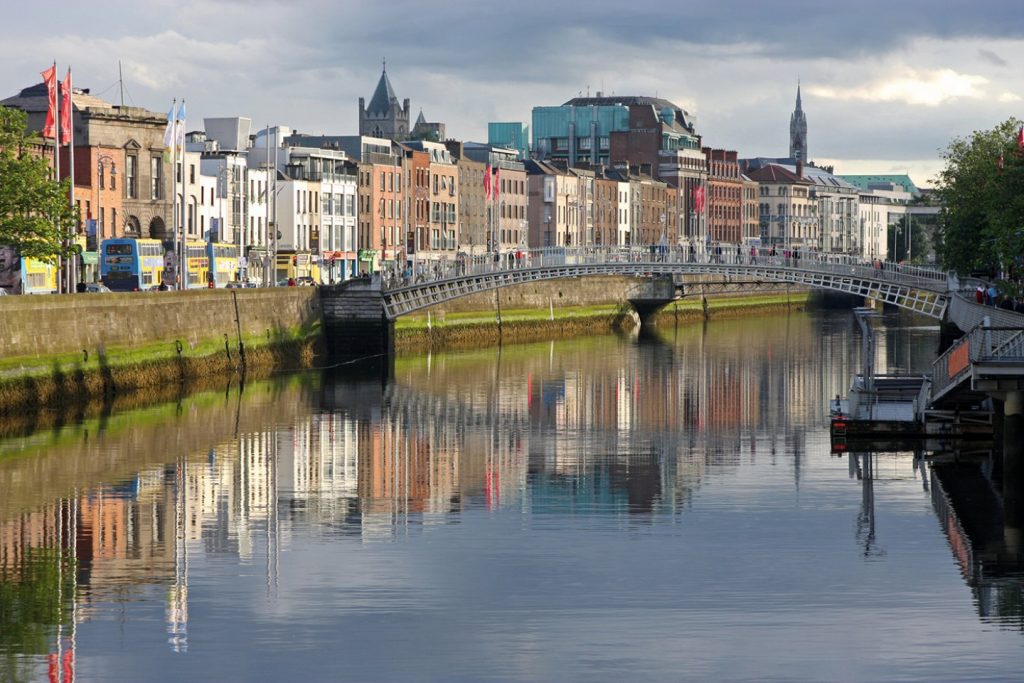 This may be of interest

Very interesting fact about the name of the city. According to some reports, it comes from two Irish words and is translated as “black pool” or “black pond. However, there is another version. Adherents of this theory believe that in Dublin prevail Scandinavian roots, and in this case, the name is translated as “deep river. But for most people this is absurd, as the city itself came from the Vikings, who settled on the banks of the river and built the current capital of Ireland.

According to official records and data, the history of Dublin’s existence does not begin until the ninth century. The fortification of the structure on the banks of the River Liffey appeared thanks to the Vikings who came to these lands . However, the Celtic settlement and monastery were mentioned in the notes of the Greek scholar Ptolemy. In the twelfth century, namely in the second half of the century, the Normans came to Ireland to conquer and explore new territories. The ruler of the country became the famous King of England – Henry the Second. After some time here was laid and soon erected Dublin Castle. The city began to grow rapidly and gradually became the central city of the island. In the middle of the fourteenth century there was a terrible plague, but even that didn’t stop Dublin from developing and growing.

Dublin, during the reign of another British king, George III, was considered the largest city in Ireland and one of the five most populous cities in Europe. It was Britain’s largest port, and it was the empire’s main trading center. 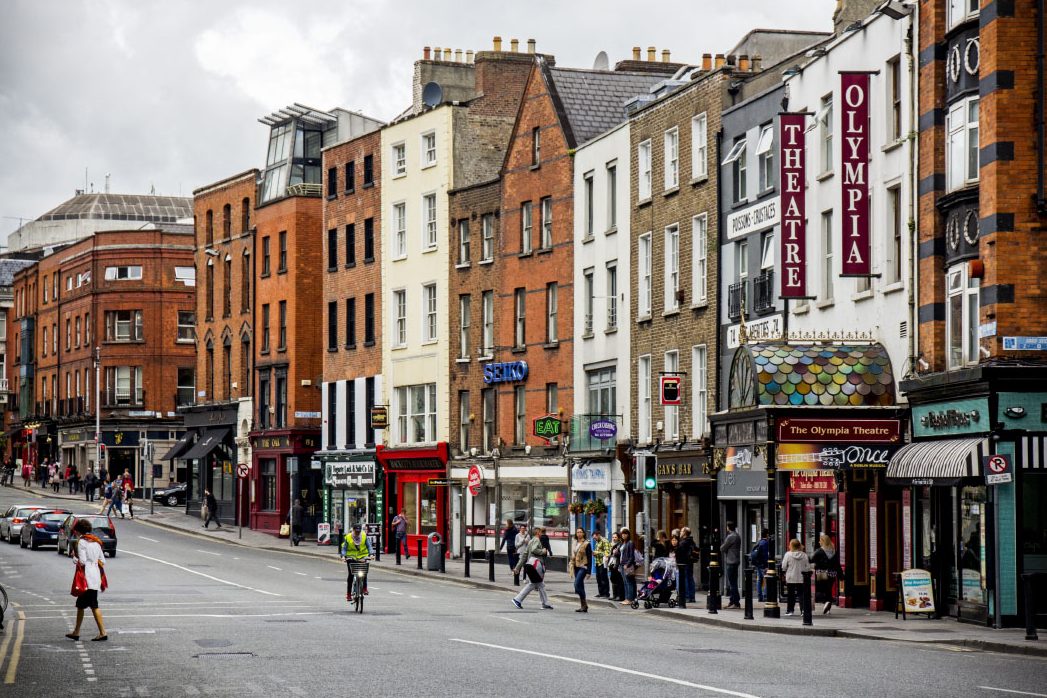 Dublin’s location near the River Liffey also affects the city’s weather and climate. Climatic conditions can be described as temperate maritime. There are no abrupt transitions or spikes in weather and temperature. Summers are quite cool, with the thermometer reaching 20 degrees, and winters are mild and pleasant. The temperature at this time of year does not drop below eight degrees. The snow and rainfall here is the same as in London, though the rainfall is half as much.

Dublin attracts tourists first of all with its fascinating architecture. The most famous is the magnificent Dublin Castle . Now it’s the main government center of Dublin and Ireland. The beginning of the history of the development of this wonderful construction begins with the reign of the first Irish lord – John the Bessemer, who reigned for about 17 years. Since his reign came to an end, the castle has undergone a huge number of reconstructions and alterations. Now it’s safe to go into Dublin Palace for a visit, except at times when various events are taking place within the walls of the building. 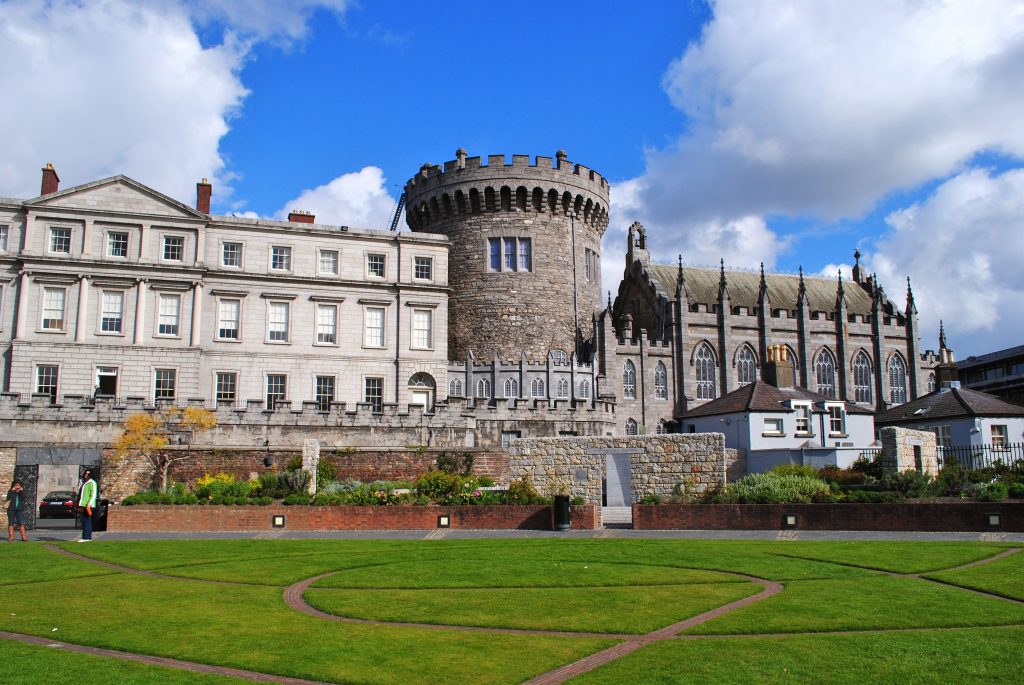 The old Ashtown Castle is another wonderful and beautiful structure of the city. This beautiful four-story building was built in the seventeenth century, and is now located in the Phoenix Park, where Dublin Zoo is located, which received its first visitors in the 1830s. 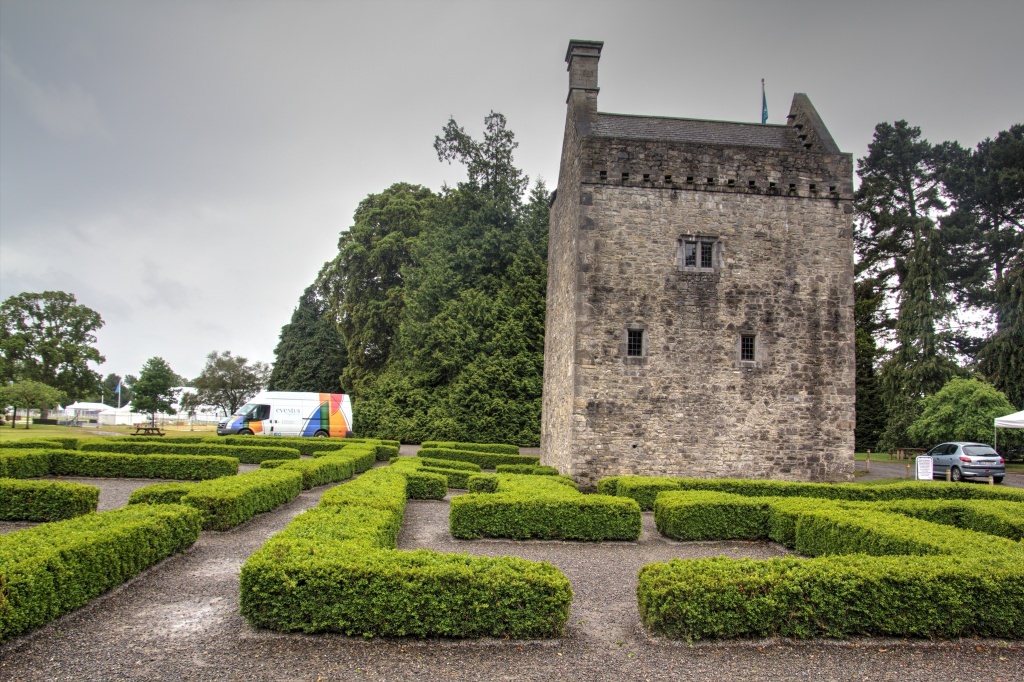 Another equally beautiful and delightful Old Castle of Dublin is Manderley Castle . At the moment it is famous for its beautiful jagged turrets and beautiful gardens. This beautiful fortress was built in honor of Queen Victoria’s accession to the throne in 1840 and to this day it welcomes visitors and displays the beauty of its interior, architecture and contents. 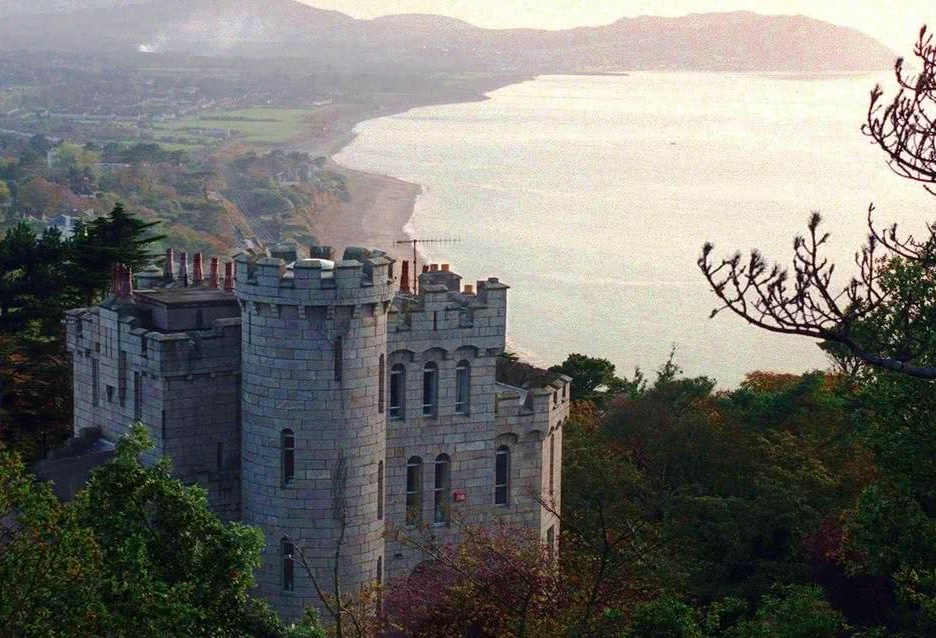 There are several interesting museums in Dublin that tell their own story. Most of all tourists gather in the premises of the National Irish Museum, which is located in the city center near the building that houses the Parliament of Ireland. The halls of the museum have collections and exhibitions devoted to archaeology, history and ethnography. The halls are decorated with beautiful exhibitions of gold jewelry, ornaments and products made of iron, ceramic products and so on. You can also see one of the most interesting sights here, namely, the body of the world-famous Klonikavan man straight from the Iron Age.

Also, when traveling in Dublin, you can and should visit the National Irish Gallery, which was opened in the middle of the twentieth century. Here you can find paintings of famous artists from Holland, Italy and Ireland. In total there are more than fourteen thousand paintings, especially esteemed paintings of Picasso, Diego Velazquez and many others. In addition to the fact that paintings are collected here, you can also see sculptures and photographs. 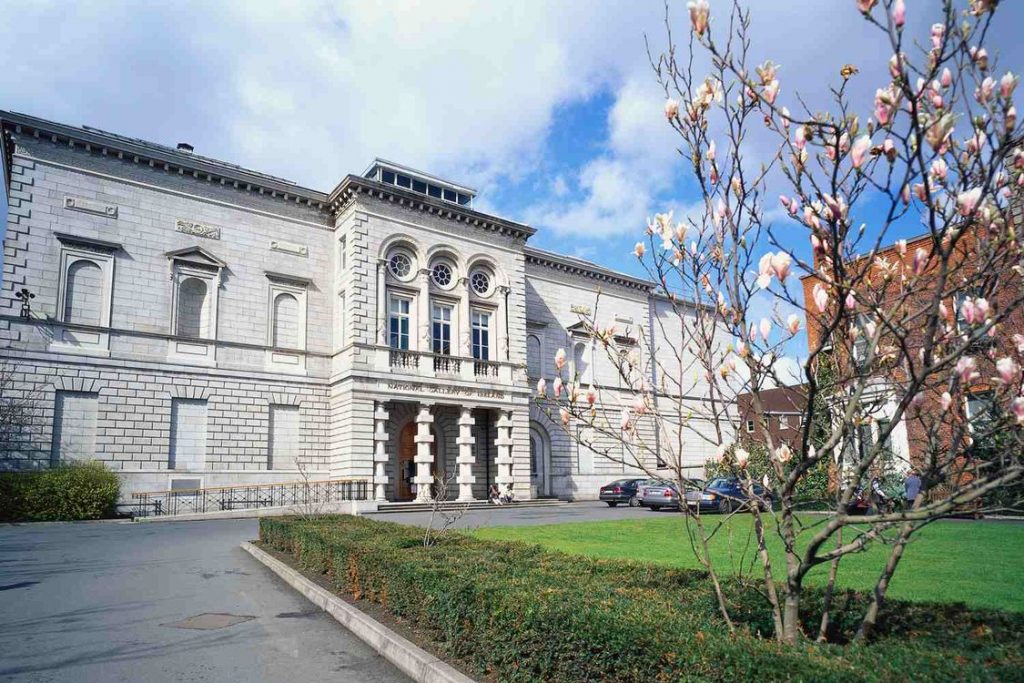 Cuisine and restaurants in Dublin

Irish cuisine is a separate art form that deserves the attention of tourists. In Dublin, there are more than two thousand cafes, restaurants and other places where you can try a hamburger or other dishes, both meat and seafood. Every such establishment serves a traditional Irish breakfast, which mostly consists of scrambled eggs or omelets, with bacon, a few sausages, potato and white bread, pudding, and a side of vegetables, tomatoes, or beans. It is one of the most hearty and delicious dishes in Ireland. Cuisine and restaurants in Dublin

Also in great demand among tourists is the famous Irish stew. It is cooked from onions, potatoes, lamb meat, carrots with the addition of herbs. This dish is most often served as lunch.

What to bring from Dublin?

First of all, tourists often take home with them a variety of memorabilia . In most cases it is a variety of T-shirts, caps, jackets, cylinders, mugs, scarves and so on. Also bring the usual Irish cheeses, teas, alcoholic beverages, whether whiskey or beer.

Dublin is a city full of its own mysteries, customs and traditions. It’s a place where you can come for a few days to feel the history and have a great time.