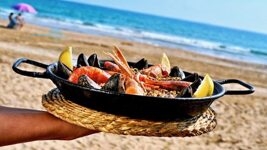 Parque Nacional de Doñana is the largest protected area in Spain, located on the Iberian Peninsula, a true paradise for fauna. Hundreds of species of animals and birds live in natural conditions on the territory of the park, which occupies an area of 75,800 hectares. The locals treat the reserve with respect and care, keeping it clean, so that the animals and birds feel great. 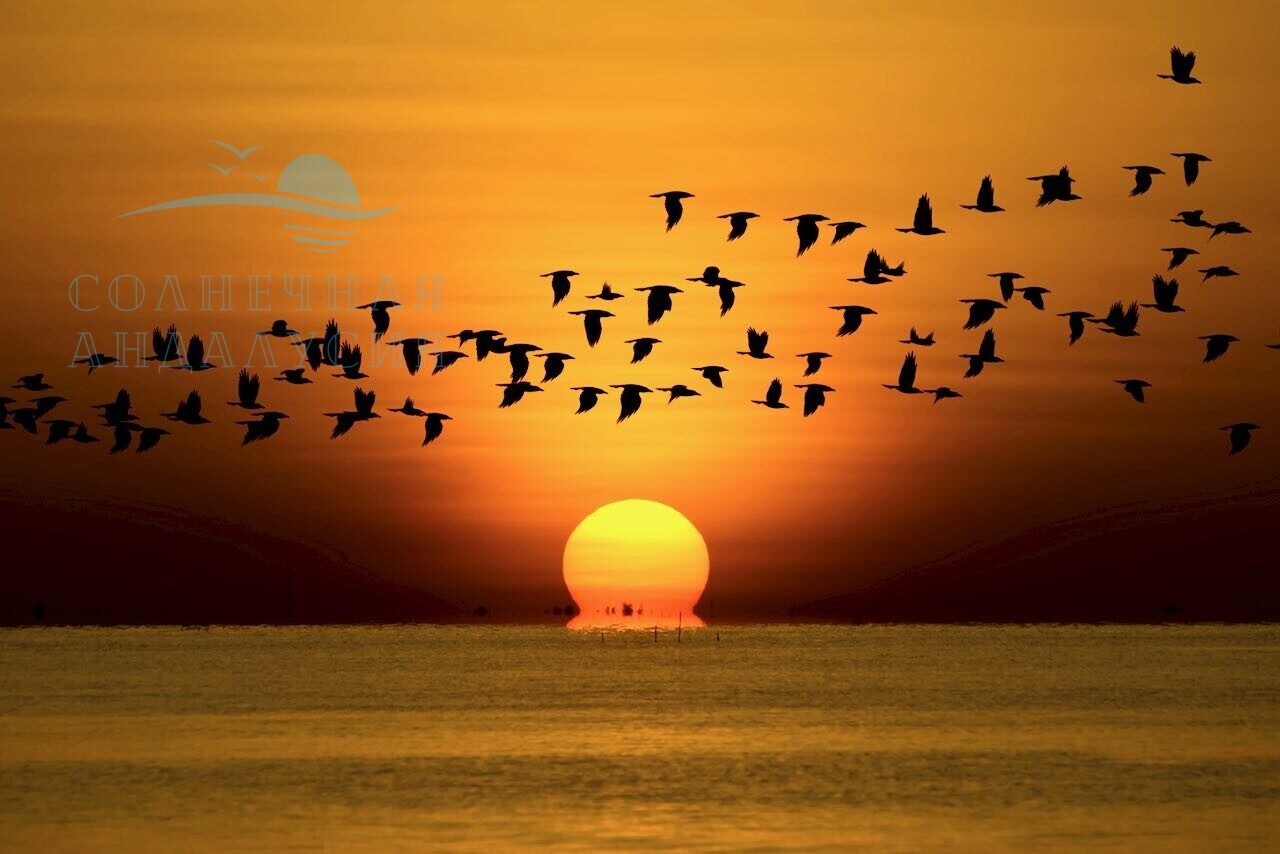 Doñana, is a corner of wildlife. Once upon a time, the protected area was a hunting ground belonging to the royal family. In 1963 the Spanish authorities open here a national park and in 1994 Donana National Park is included in the list of UNESCO World Heritage Sites.

The decision taken is due to the uniqueness of this island of ecology. At the location of the reserve, the Guadalquivir River flows into the Atlantic, forming a 7-kilometer estuary. After the water recedes from the winter spill, the park is left with high sandbanks and islets rich in deposits of silt, which are ideal for its inhabitants. 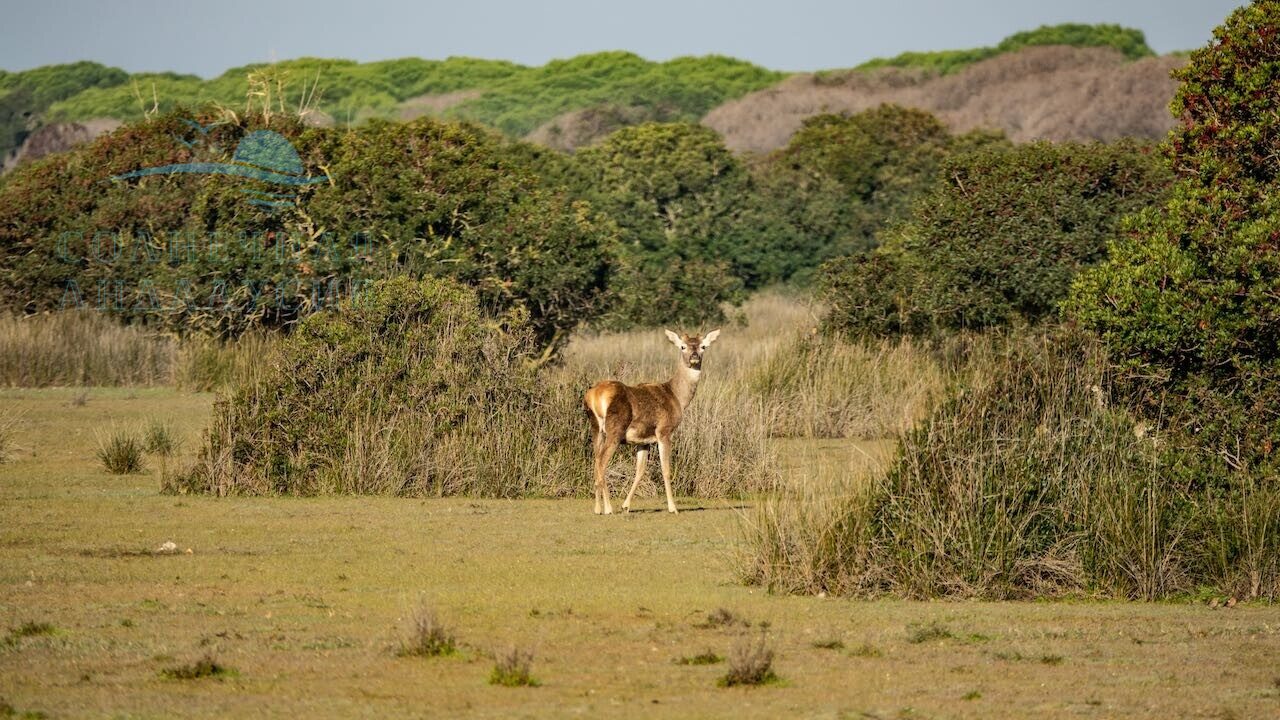 The landscape of the national park is quite contrasting. On the territory of the reserve are found: coniferous forests, meadows, sand dunes. A unique ecosystem of bogs, streams, lakes and floodplains is a peculiarity of the protected area. The largest part of the park occupies the marshes, including those with salt water. Many impressions of tourists leave the dunes, which can be seen on the Atlantic coast. Each year the dunes shift 3-6 m, and the height of the largest reaches 35 m.

The Doñana Park is especially beautiful in the spring, when everything around is in bloom and smells. Even the swamps are covered with flowers and moss. The shrub and tree zone is represented by pines, juniper, cork oak, cedar, and thickets of heather. The vast fields are covered with frankincense, rosemary and lavender. You can see wild olives, pistachios and other Mediterranean species.

READ
Top 13 unforgettable things to do in Santa Rosa, USA 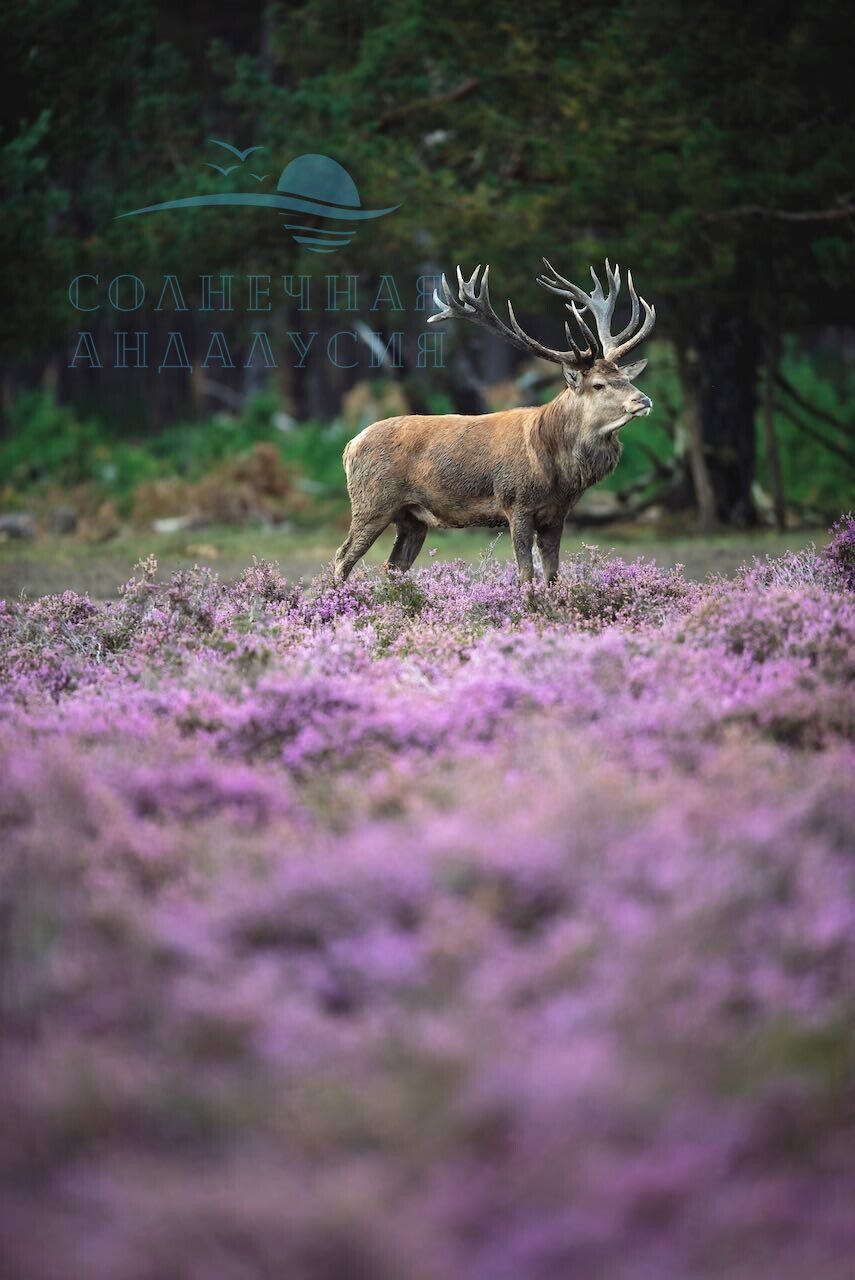 Doñana Park is one of the few places in Spain in which the Spanish lynx is found. As a refuge, lynx uses the hollows located in the ancient trees, of which there are a large number in the park.

At the beginning of the XX century graceful animals numbered more than 100,000 animals. As a result of infections European rabbits, which were the main game for the lynx, have almost died out, which has had a negative impact on the population of wildcats.

Urbanization, development of economic activities, as well as natural environmental changes have played a negative role. This rare mammal species, was listed in the International Red Book. Only thanks to the efforts of natural scientists, this unique variety of predators has been preserved.

Doñana – the kingdom of birds

Doñana National Park is a real kingdom of birds. Every year half a million birds come to this protected area for wintering. Both common and very rare species can be found here:

Imperial Eagles, of which there are now no more than 50 pairs in all of Spain.

Sultans, or sultan hens, are bright birds with blue-blue plumage.

The real delight of visitors are the colonies of pink flamingos. This natural wonder is striking in its beauty. It is no accident that in Egypt, these birds were considered divine creatures. There is a belief that the wishes, made while watching the wild flamingo, – come true.

How to get to Doñana National Park? The best access is from the nearby town of El Rocio or Seville, using the A-49. From the El Rocio bus station and the Plaza de Armas in Seville, shuttle buses run several times a day.

Cost of a visit

Get information about the national park and hiking trails at one of several entrances to the Doñana Reserve. The main entrance is located 11 km south of El Rocio. Nearby there is a souvenir shop, a bookstore, and a small café.

There are regular guided tours through the national park, accompanied by experienced guides. The average cost of a four-hour walk is 15 euros. There are options for excursions on bicycles, horses, and by boat. It is possible to organize professional private tours, such as biologists and ornithologists. Preparation is engaged in different agencies, so the prices and conditions may vary. Entry by car into the park, strictly prohibited.

The area of the reserve is so large that it is located in two provinces of Spain – Seville and Huelva. The natural treasures, flora and fauna are the main wealth of mankind and it is wonderful that there are still such places in the world as Doñana National Park. The authorities of the region and local residents are strictly watching to ensure that the unique corner of wildlife is not destroyed. Guests who care about the environment and our little brothers are always welcome here.

More information can be found on the official website of the park – https://www.donana-activa.com/.

P.S. For all questions about organizing a trip to Doñana National Park, call on WhatsApp

Doñana National Park (Parque Nacional de Doñana) is located in Andalusia, where the Guadalquivir River flows into the Atlantic Ocean and forms an estuary 7 km wide. Doñana covers an area of 75,800 hectares in the provinces of Huelva and Seville. This unique area is famous for the diversity of its landscapes – lagoons and marshes, mobile and fixed dunes, shrubs, pine forests or thickets of macaws. 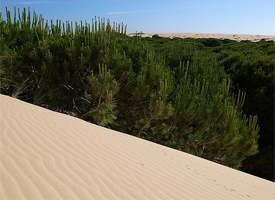 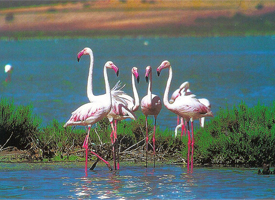 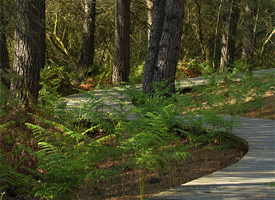 The national park, founded in 1963, was formerly the hunting grounds of the royal family, later, in 1994, due to the unique flora and fauna, was included in the list of UNESCO World Heritage Sites and has been protected by the state since then.

The flora of Doñana Park is represented by a huge variety of plant, shrub and tree species. The pine forests on the dunes are a conservation site. There are representatives of five rare and endangered bird species, one of the largest colonies of waders in the Mediterranean, and more than 500 thousand waterfowl come here for wintering. Doñana National Park is home to the largest number of Spanish lynx.

The unique ecosystem of streams, marshes, floodplains and lakes distinguishes the park from other national reserves in Spain, which also have rare animal species or rich flora. They give shelter to a huge number of birds, the salt lakes and marshes are home to pink flamingos, five rare species of birds (sultan hen, golden eagle, Imperial Eagle) have taken a fancy to these places to live.

Birds are not the only inhabitants of Doñana Park. The rarest Spanish lynx, fallow deer and red deer live with them. They are especially good here, because people have never lived in this area permanently – before the organization of the reserve, the local land served as hunting grounds. 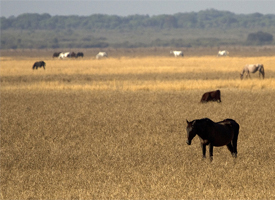 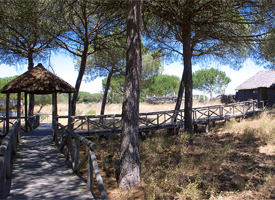 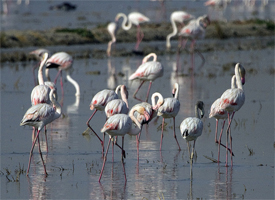 In addition to lagoons and pools, Doñana boasts rolling and fixed dunes, brushwoods and pine forests. The dunes themselves are a rare and remarkable phenomenon. In Doñana, where the winds from the Atlantic blow year-round, they are particularly interesting to observe.

The park is protected by the state for a reason – due to the active development of land adjacent to the park, including by tourist companies, the amount of water flowing into the park has decreased, causing the unique wetlands to dry up and the number of streams and lakes to diminish. Aggressive actions against the park’s animals are now prohibited. The complex created is unique; it keeps the inhabitants alive on their own.

To admire the wonders of local nature can only be part of the tour, from nearby towns are organized special routes on foot and horseback, water excursions or by car. Excursions to Doñana National Park holds a lot of travel companies, including “Spain in Russian. Routes can go through the different areas of the park, passing through the water, on land, have different lengths. It is also possible to organize private tours in Doñana Park, for example, with professional purposes.

READ
10 things to do in Cesenatico in a day, Italy

The cost of visiting the park as part of a classic tour is from 15 euros for a half-day tour.

Service Center for Life and Business “Spain in Russian” is your guide in the world of individual tourism. Organization of tours, itineraries, trips, tickets for various events, tours with the best guides, organization of holidays. Services for discerning customers.