Antarctica was discovered on January 28, 1820 by a Russian expedition led by Thaddeus Bellingshausen and Mikhail Lazarev. They approached the shore on sloops “Vostok” and “Mirny”. 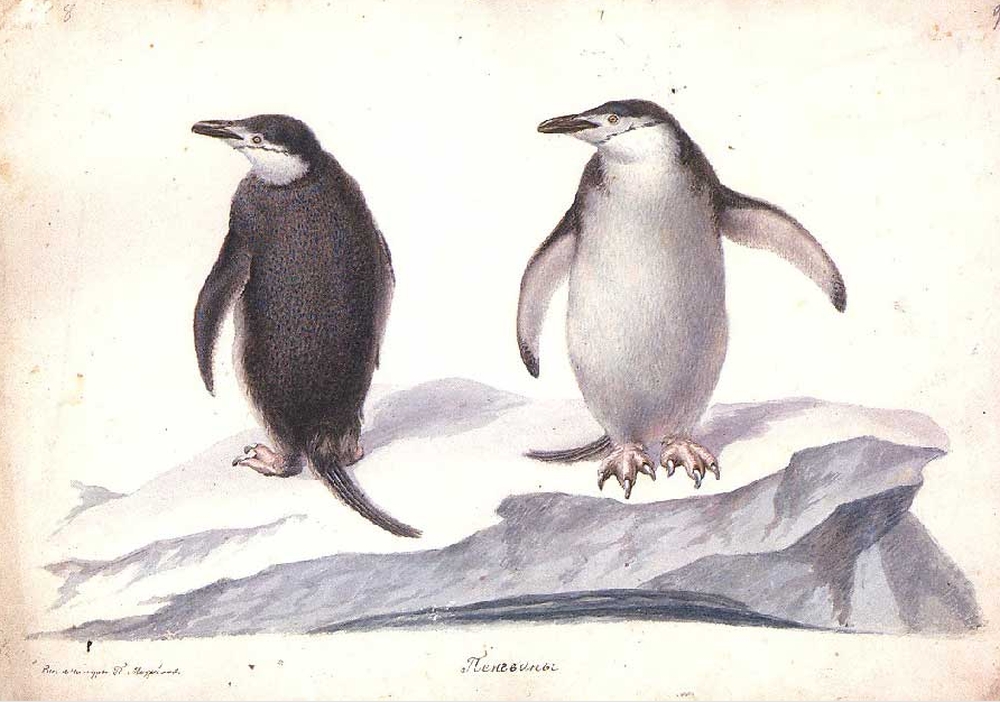 Note that even before them there were repeated attempts to reach this region of the Earth. For example, the famous explorer James Cook in 1774 reached the South Pacific seas, but a wall of ice prevented him from moving further. Then he announced to the world that he had reached the limit, and that no further penetration was possible. Cook’s authority was believed, and for 45 years no polar expeditions were undertaken. So the existence of the southern continent was assumed, but purely hypothetically. 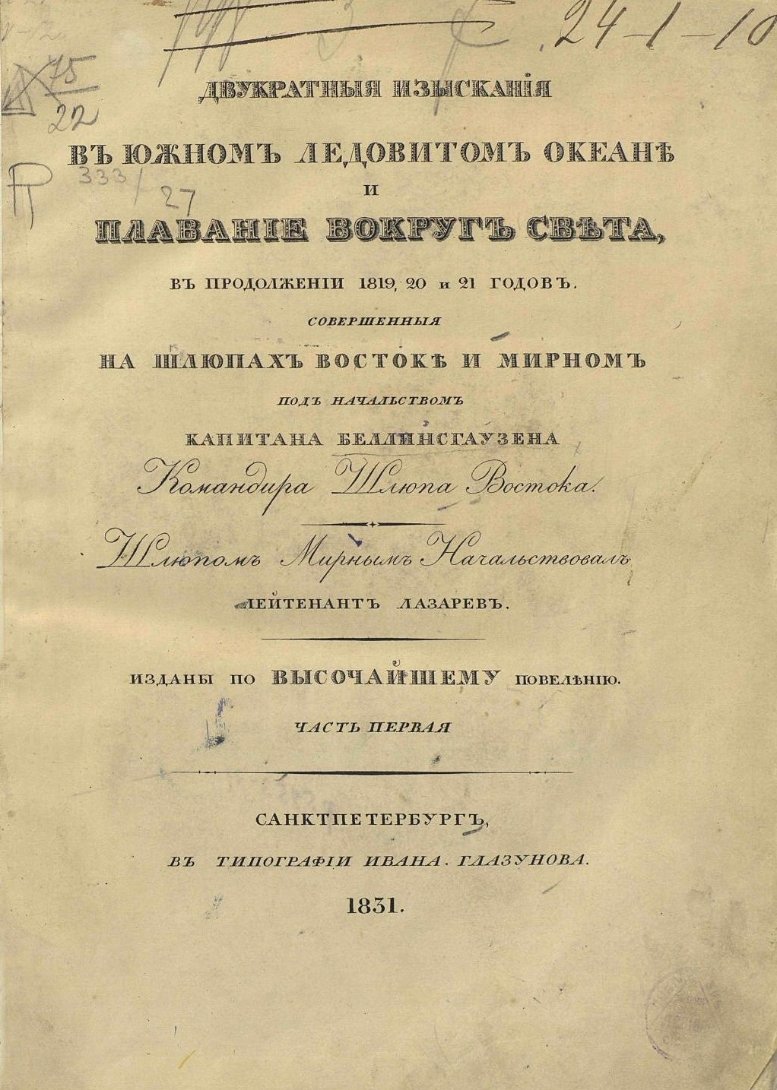 Bellingshausen, Thaddeus Faddeevich (1778-1852).Two explorations in the Arctic Ocean and around the world during 1819, 20 and 21 years, made on the sloops Vostok and Mirny under the command of Captain Bellingshausen, commander of the sloop Vostok. The sloop Mirny was under the command of Lieutenant Lazarev : published by the highest command / [F. Belinsgausen]. – St. Petersburg : type. I. Glazunov, 1831. Photo: Russian State Library

Russian seafarers managed to disprove Cook’s opinion. They not only reached the unknown land, but most importantly – circled it, confirming the existence of the sixth continent.

It was the first complete voyage around Antarctica. The painter Pavel Mikhailov was part of the expedition. 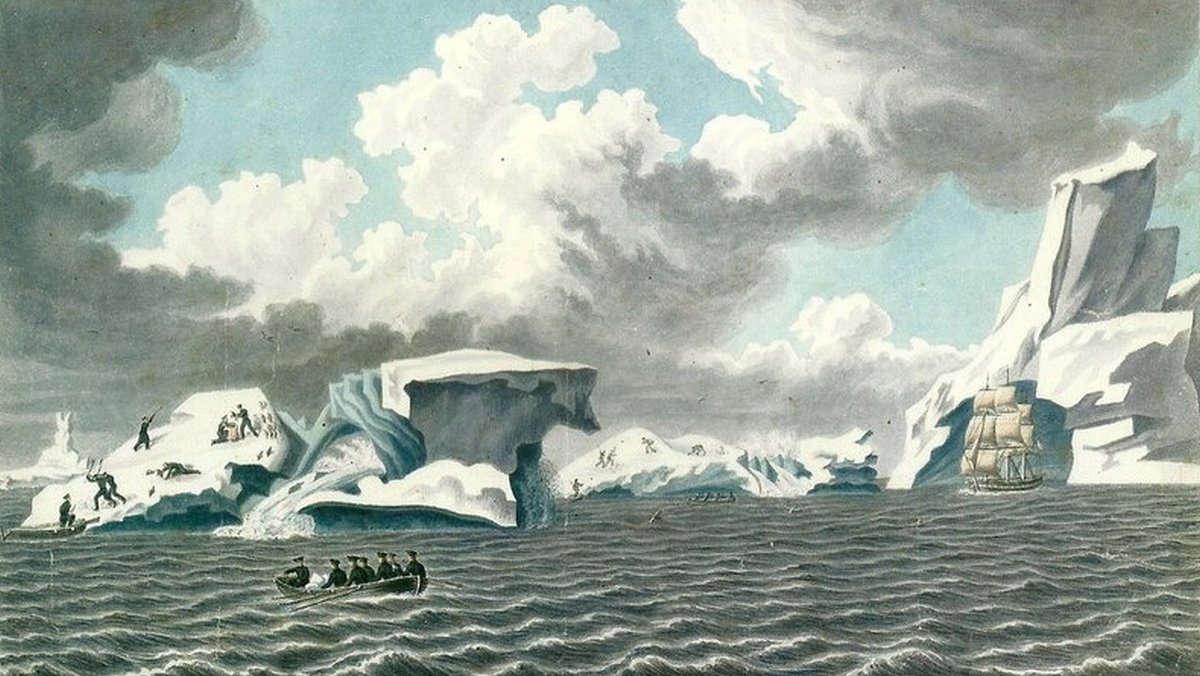 Dense study of the continent began in the second half of the last century. More than a dozen countries stationed their research stations here, where serious scientific work was conducted. Thus, the Russian Vostok station” July 21, 1983 recorded the lowest air temperature on Earth in the history of meteorological measurements: minus 89.2 degrees Celsius. This area is considered the cold pole of the Earth. True, U.S. researchers said that according to satellites, August 10, 2010 air temperature in one of the points in Antarctica fell to -93.2. However, this value will not be recorded as a record, as the temperature must be measured with a thermometer. 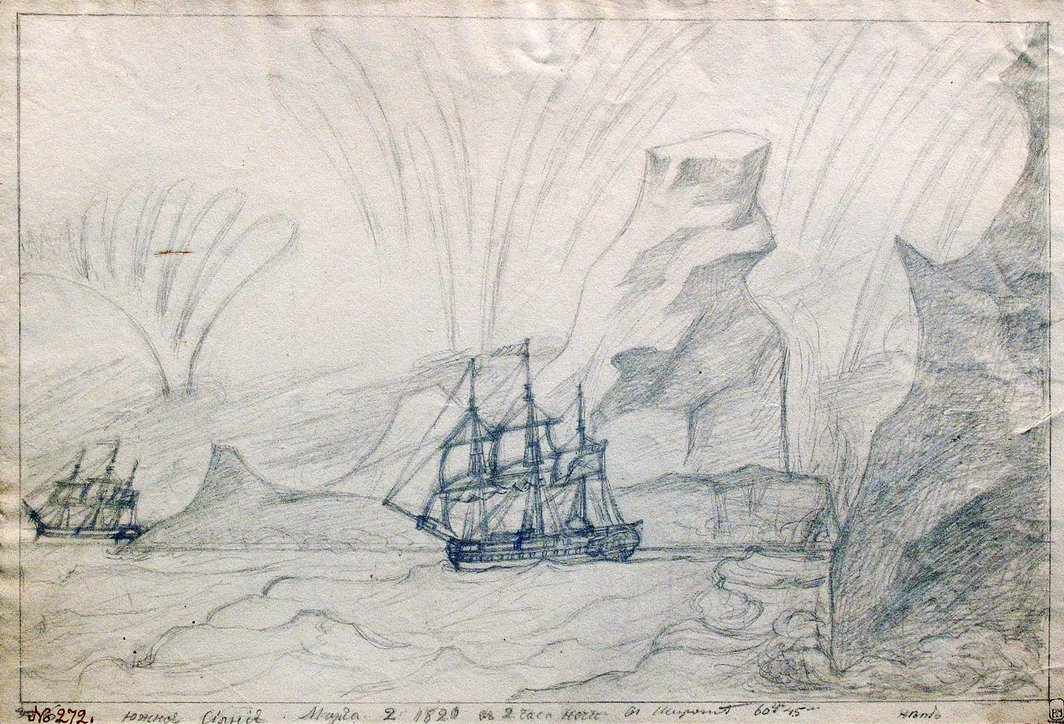 Antarctica has long attracted many countries because it is the last resource reserve for mankind on Earth. After the raw materials on the five inhabited continents are exhausted, people will develop local resources. There are a lot of minerals in these bowels of the earth: iron ore, coal; traces of copper, nickel, lead, zinc, molybdenum, rock crystal, mica, graphite have been found. But the main treasure, of course, is the ice cover, which stores up to 90 percent of the world’s fresh water reserves, the lack of which is already felt in many countries.

Antarctica can be called a scientific laboratory, especially for climatologists. By extracting ice cores from great depths, scientists learn how the temperature and climate of the planet have changed over hundreds of thousands, if not millions, of years. These “diaries” play a crucial role in understanding what is happening to our climate today, predicting future events related to the global warming now taking place. It has “got” the sixth continent, although the warming is not as rapid as in the Arctic. But this region has its own specifics: giant icebergs with area of several thousand square kilometers are breaking off from glaciers. If in the early 2000s, the continent was losing 50 billion tons of ice annually, in 2018 – about 250 billion tons. The continent’s contribution to the rise in global sea level over forty years was about 1.5 centimeters.

By the way, it turns out that 50 million years ago this continent was abundantly covered with trees. Palm trees and baobabs were growing here. And today, scientists notice that due to global warming, vegetation in Antarctica is rapidly increasing. Some even claim that in 100 years there will be tundra here.

Of course, of great interest is the study by Russian scientists of the subglacial Lake Vostok, which has been isolated from the outside world for millions of years. Looking into this “time machine” is a dream of the world science. But one has to be very careful not to bring pollution into the water. For this purpose, our specialists have developed a unique technology, which was awarded the prize of the Russian government in 2015. Twice, in 2012 and 2015 Russian polar explorers penetrated the unique lake by drilling 3769 meters into the ice. The water taken was studied at the St. Petersburg Institute of Nuclear Physics. Although it contains traces of hitherto unknown organic material, it is too early to talk about sensation. The result must be confirmed, which means new water samples must be taken and studied. Most likely it will be necessary to drill new wells, and this requires new and more advanced technologies and, of course, serious finances. Experience shows that such complex and expensive work is best done in cooperation of scientists from several countries.