The White Cliffs of Dover

The White Cliffs of Dover are a spectacular natural landmark in south-eastern Britain, in the county of Kent. The White Cliffs line the shore of the Pas de Calais, stretching west and east from the ancient port city of Dover. For centuries it has served as a reliable landmark for all ships on their way to Britain. Sailors can be sure that the British coastline is only a short distance away when they spot the white cliffs in the distance. It is because of the white-colored cliffs that the coast of England became known as Foggy Albion, because in Latin albus means “white.”

The high cliffs were formed during the late Cretaceous era. The limestone deposits, up to 107 m thick, are the remains of marine animals that lined the bottom of the ancient sea layer by layer over millions of years. Layers of white chalk alternate with bands of dark silica.

The impregnable cliffs are the object of English folklore. Many songs and folk tales are written about them. The picturesque high cliffs are sung by poets, and their images can be seen in the paintings of many famous artists.

White cliffs Dover has long been one of the popular tourist attractions, which attracts many travelers from Britain itself, and from abroad. A stroll along the coastline is a must on any tour itinerary in Kent.

The best time to come here is from late spring to early fall, because there are always freezing winds along the coast during the cold season. Also keep in mind that after the rains, the paths over the White Cliffs can be quite muddy.

The cliffs above the sea are constantly affected by strong coastal erosion. They are eroded by the sun, plant roots, coastal winds, and sea surf. Millimeter by millimeter, the land slowly recedes, and what remains of the cliffs are called the white “lighthouses” of Dover.

READ
A tour of Niône, Switzerland - a historic town on Lake Geneva

Plants that can only be found on chalk soils are well studied by botanists. They are called calcephilous. The abundance of flowers over the coastal ledges was noted back in the reign of Queen Elizabeth I. The famous English scientist William Turner, who lived at that time, came to the White Cliffs of Dover on purpose, and compiled a complete description of the species found there. To this day, hikers on the trails can admire yellow and sapphire glaciums, as well as several species of wild orchids.

The coastal city of Dover was of strategic importance to the British, because the neighboring mainland state – France – is only 34 km away. The castle was built above the White Cliffs of Dover at an altitude of 114 meters above sea level. It enjoyed the constant attention of the British monarchs and was called the Key of England.

The ancient fortifications are considered an important monument of fortification art. A serious reconstruction of the castle was carried out in the early 19th century, during the Napoleonic Wars. In addition to strengthening the outer walls, at a depth of 15 m a system of tunnels was dug in the chalk. During the Second World War the underground tunnels under the Dover Castle were a bomb shelter, and in later times – the command post and a military hospital. Today the castle is open as a museum.

The White Cliffs are near the English town of Dover, in the county of Kent. Near the cliffs lies one of the most important roads in Britain – the A-20 freeway. From London, the A-2 freeway leads to Dover, so it is not difficult to come here by car.

Travelers who go to the coast by public transport can take one of two options. The cheaper and longer one is to get to Dover in 2-3 hours by National Express buses, which leave from London’s Victoria Coach Station. Alternatively, you can come to Dover by train. The train journey takes just over an hour. Trains to the coast run from two London stations – Charing Cross and St Pancras International.

READ
When to go to Helsinki, Finland: climate, best times and tips month by month 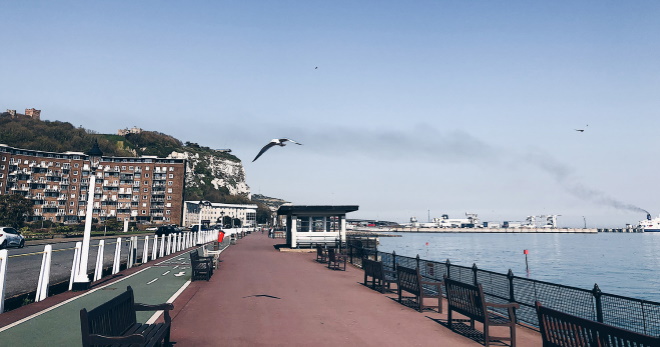 On the English Channel coast, at the southeasternmost point of Britain, Dover is a small ancient town and a very important port. It was from here that the rescue of British troops from Dunkirk was once directed.

Dover is not difficult to find on the map of England; Less than 5 kilometers to the northeast of Dover is the tip of South Foreland, which is the closest point of Britain to the Continent. From this point to the French cape Gries-Neu is only 34 km. The city stands in the valley of the Daur River, which, in fact, gave it its name (only in a distorted version).

The first settlements on this site date back to the Stone Age. The Romans connected the settlement with the route of Watling Street and the city of Canterbury and created here a port called Portus Dubris. It played an important role even after the Norman Conquest. The city is home to Britain’s largest castle. Today in Dover and the surrounding villages related to it, lives about 35-40 thousand people. The city has several schools, technical college and its own media. 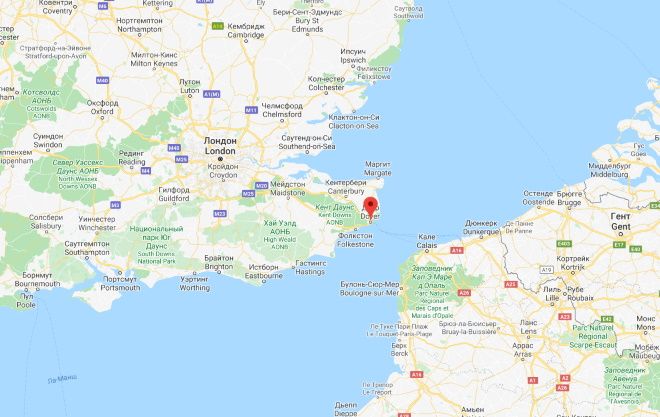 The climate in Dover is oceanic, mild. In winter, even at night, the temperature rarely drops below zero, the coldest month is February, its values are +3 ° C at night and +8 ° C during the day. Coastal water temperatures are also the lowest in February. Summers are cool, usually around +20 … +21 ° C during the day, in July 2019 a record high temperature of +35.9 ° C was recorded for the local area.

The driest months are the summer months: in July it falls only 50 mm, in May 51, in June and August respectively 56 and 57 mm. The autumn is characterized by a great amount of precipitations – in October and November the rainfall is about 102 mm. 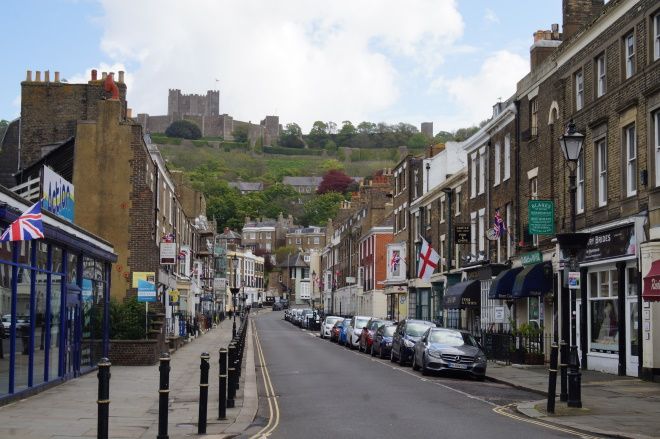 In England, chalk cliffs are not uncommon, but it is the white cliffs of Dover that are the most popular. They are the calling card of not only the southeast coast, but perhaps Britain as a whole: in fact, it was because of them that England received the name “Albion” (i.e. “white”) from the Romans. 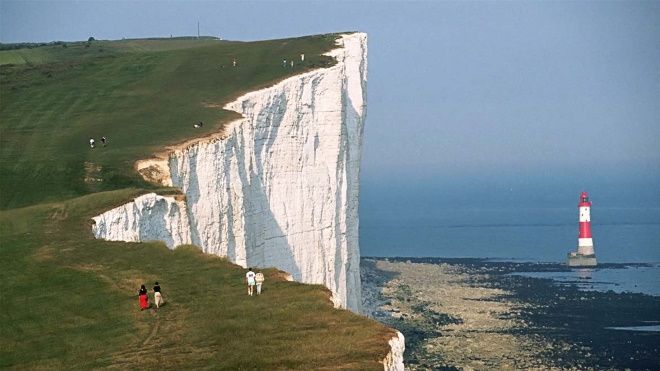 But Dover boasts other attractions: the history of one of the oldest cities in England is rich in events, and the city is happy to tell its guests about it. Worth a visit:

The large Samphire Hoe country park is 3 km from Dover.

There are no luxury 5* hotels in the city, mostly 3 or 4-star accommodation on offer. There are 2 hostels in Dover, Dover Adventure Backpackers and Dover Backpackers, both of which have fairly low reviews. You can choose to stay with a host family, which is offered by 12 local families. However, spending a little more, you can be accommodated in comfort. The best reviews from their guests have received such hotels and guest houses:

The city of Dover is the place in England, where you should try the fish: local cafes and restaurants offer dishes from, without exaggeration, the freshest catch. You’ll find fast food from the seafood, light bites, and full lunches. Of course, there are places that offer other cuisines, such as Italian or Turkish, but those who have already been to Dover recommend visiting local restaurants or those that specialize only in seafood. Worth a visit:

The city’s main “shopping life” is concentrated on Market Place and Cannon Street, High Street, Biggin Street, Castle Street and Penchester Road. There are many boutiques, jewelry, antiques, and other stores. To the northwest of downtown is the Castleton Retail Park outlet. The new St James’ Retail and Leisure Park, which opened in 2018, is just south of downtown.

READ
Burren, Ireland: walk on the surface of the moon 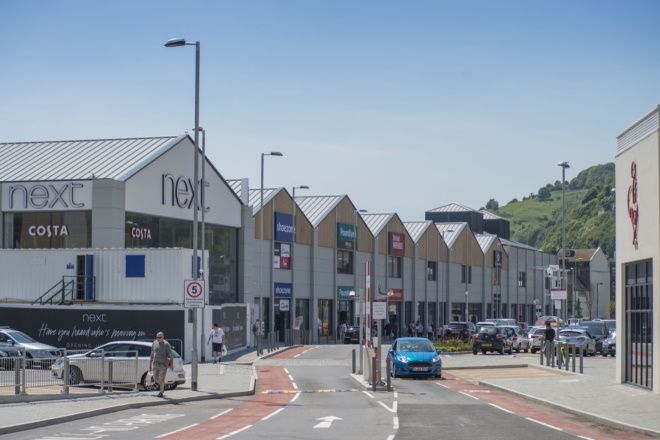 Dover is a small enough town that, in principle, it is possible to move between its attractions on foot. Those who don’t enjoy long walks can rent a bicycle (two National Cycling Network routes start in the city) or an electric scooter. There are also several bus lines. 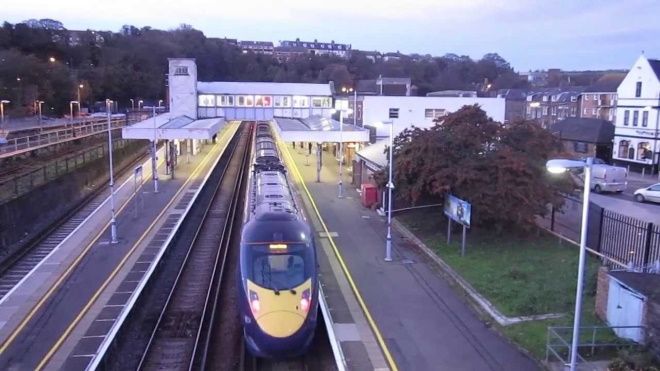 To admire the amazing chalk cliffs are sought by many tourists vacationing in England, so let’s clarify how to get to Dover from London. The easiest and fastest way to do it is by train: it departs from St Pancras International Station, traveling – depending on time of day and type of train – from 1 hour. 4 min. to 1 h. 20 min. There is also a bus from London Victoria Coach Station. The journey by bus is cheaper, but longer (2.5 hours).

If you want to get to Dover by car, drive along the M2 and A2. There are some tolls on the road. The trip will take just over 2 hours. Also, the A20 goes through town to Folkestone. Ferries connect Dover to Dunkirk and Calais on the other side of the Channel.