The Yungas Road of Death is one of the scariest roads in the world, where people pray before driving on it.

The Death Road is one of five routes connecting the Bolivian capital of La Paz with the province of North. The road climbs to about 4,650 meters, up to La Cumbre Pass, from where it descends to the 1,200-meter mark, winding down steep slopes.

From 1932 to 1935 Bolivia fought a war with Paraguay. During this war, the Bolivian army captured several thousand prisoners of war and sent them to pave the road from La Paz to Koroiko in difficult and dangerous mountain conditions. In the 70s of the twentieth century, the reconstruction of the old dirt road was engaged in the U.S. company, but the work was limited to asphalt the first 20 kilometers of the road.

The road received its name in December 1999, when a car with eight Israeli tourists fell into a chasm. Prior to that, on July 24, 1983, a bus with over a hundred passengers fell into the canyon.

The total length of the route is 70 kilometers. Most of the road is about 3.2 meters wide, allowing only one vehicle to pass. The road connects the Bolivian cities of La Paz and Coroico.

During the rainy season, from November to March, rain and fog greatly reduce visibility, and streams of water erode the pavement and also make it difficult to travel. Frequent dense fog, rain, and drastic changes in temperature negatively affect the road surface. The clay surface turns into slippery mud after rain. Rockfalls are a danger in the summer, and visibility is impaired by the cloud of dust that rises from the road.

Although there is a right-of-way rule within the state, it does not apply to Death Road. It is safer to drive on the left side of the dangerous road, as this position gives the driver a better view of the edge of the road.

There is an unspoken rule among local drivers: the downhill driver does not have the right of way first, instead he must take the outer edge of the road and let the uphill driver pass. This makes it easier for the car to descend and at the same time guarantees the safety of the driver who ascends.

Large vehicles and buses provide a very difficult situation for passing each other.

Each year, about 300 travelers and locals are killed and more than 30 cars and buses are crushed on the steep slopes of the mountains where it is paved. Along the road you can see numerous ominous evidences of the tragedies that occurred here – the wreckage of cars and trucks (I will not traumatize the psyche of impressionable readers with pictures, I am one myself!), broken trees and makeshift crosses erected by relatives of the victims.

Nowadays, La Paz and Yungas are connected by a new, safe road that was commissioned in 2006. It meets all the requirements for mountainous road sections. But despite this alternative, some extremists are willing to take the Road of Death as a nerve-racking adventure. Some go to the road by car, and those who are particularly thrilled – on a bicycle. On this type of transport pedaling is practically unnecessary. All 50-70 kilometers you can go without making any effort. But you need to be extremely careful and do not let the bike accelerate at high speeds.

The Road of Death in Bolivia: a path on which there are slightly fewer dead than alive

The Bolivian Death Road was closed ten years ago – uphill riders are still allowed to use it, but I can’t guarantee it. Now it’s downhill only by bicycle. In general, this road was designed to carry people and goods from four-kilometer heights to zero altitude-from the city of La Paz to the town of Koroiko. The road had been killing, with the accuracy of an accountant and the relentlessness of a maniac, 300 people a year since it was built in the mid-1930s. 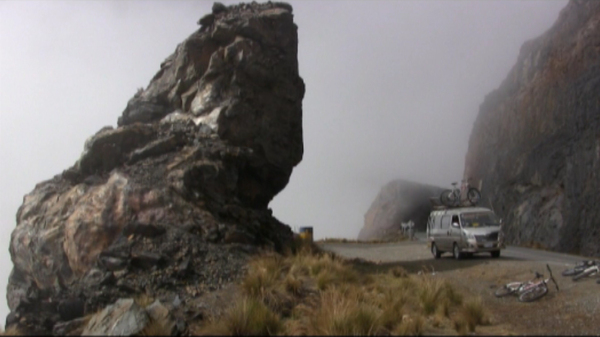 La Paz is a desert city: here, for four kilometers, only an anemic guanaco llama can get by, and that one will walk and rock. La Paz, at that, is almost a capital: thousands of tons of cargo and tens of thousands of people must arrive here and leave here every day. That’s the roadway that used to serve the city, collecting road tax in dead bodies. Now only cyclists are riding around in swarms of flies, but they’re still hitting, they say, about 20 people a year. Not surprising: the bike I was given, for example, with the brakes working only sometimes-luckily, I crashed on the asphalt, BEFORE exiting to the country road, miraculously without breaking any of his three cameras.

In general, it was probably the strangest journey of my life: to do on a bike the way that usually make an airplane-in a few minutes from the exorbitant cold to the tropical humid heat. I rode into the rain not BETWEEN, but BETWEEN the storm clouds; I got soaked under a waterfall that was only fog a hundred meters above. Although it’s retrospectively marked the strangeness: the ride you mark with his butt only bumps, which at 63 kilometers was an even number of 15,491-who do not believe me, can count himself. At the start – 5 degrees Celsius, a piercing wind, there were blue lakes in the dust of the mountain plateau. Our group of 6 people was brought here by van: I immediately drove far to the rear-not only that the brakes were no more than they were, in addition, they were strapped to the steering wheel, and “Eaglet”, on which I last rode in ’83, braked a half-turn of the pedals back. 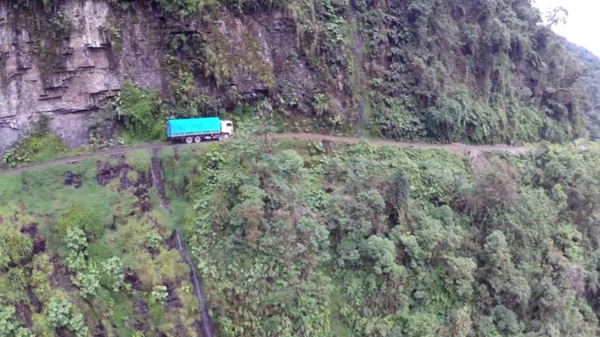 From beginning to end rode through the water, so I now know for sure: they lie, as if it has three states of aggregation – more of them, more. There is water coming down your neck, water in your ears and nostrils, water that soaks into your fingertips, water that pools in your pant legs, and a thousand other kinds of water-they vary in their vileness, one more disgusting than the other, and whichever you take, the next will be much more disgusting. That is why the road of death is so dashing: from hellish cold to hellish heat through the devil’s sleet-if death separates you from all this, it will be only for pleasure.

READ
Holidays in Bali on your own The road is bumpy and always winding: it was built by the Paraguayans taken prisoner during the Chaco war – they were so vindictive, they’ve been inflicting and continue to inflict damage on the enemy’s troops for 80 years. Somewhere on the way to the town of Koroiko, in the lower third of the road, is supposed to make a ritual photo with a rampant bike on the edge of a precipice, on a rocky canopy. The devil, who is uninterruptedly fed with souls here, probably has a secret agreement with the tour companies, a kind of Molotov-Ribbentrop pact: “What is overthrown is mine, but otherwise I will provide a decorative haze!” The finale of the race is as prosaic as any other finale: Koroiko-big village, fat on tourism. Funerals are rare here now, but you can’t call Koroiko cheerful. Although the Road of Death is worth a roll on it, at least to cheer up, that the world has started to play with colors: through the ravages of local greenery, not everyone wormed happily, and you’re lucky … Well, about Bolivia will be a lot later, it’s not only the most strange, but also the most beautiful place on Earth.