Interestingly, Czech cuisine, like Bulgarian cuisine and culinary traditions of the South Slavs, is little known. Czech cuisine is mostly associated with dumplings, although few people know what this dish looks like. We also know Czech beer. Czech cuisine is all about floury, potato, meat dishes, quite fatty and hearty. However, it is worth getting acquainted with the recipes of Czech dishes and use them in your kitchen, because they are extremely delicious.

Czech cuisine and classic Czech recipes were formed under the influence of a difficult continental climate and mountainous terrain. In such climate people have to eat well in the morning. That is why dense and heavy meals of flour, potatoes and meat prevail here. 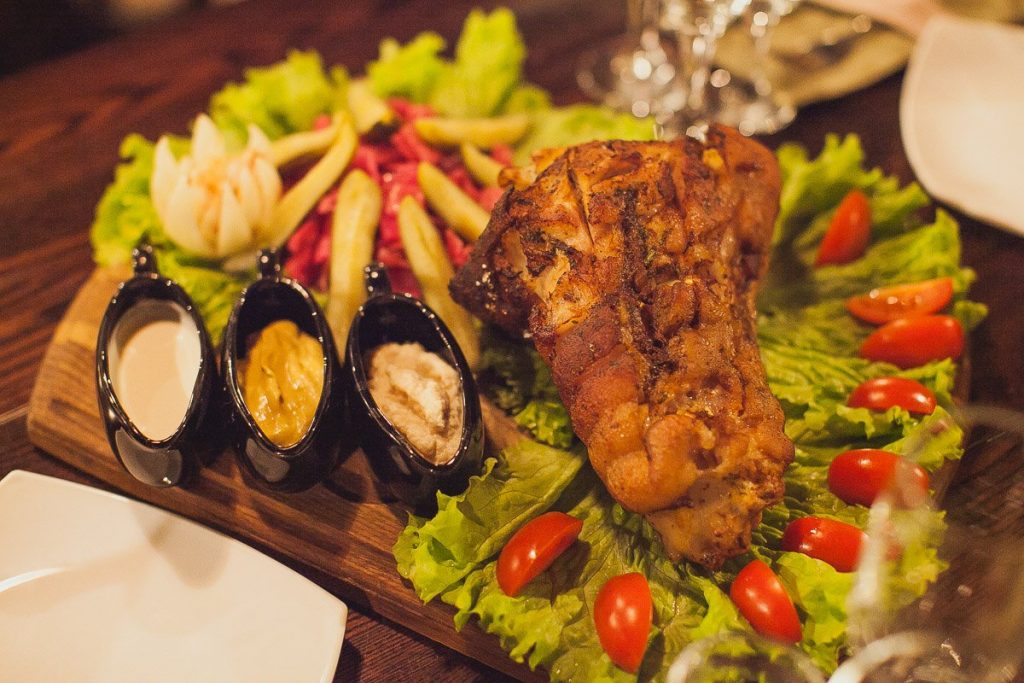 It is interesting to note that Czech cuisine has more in common with German or Polish than with the cuisine of the southern Slavs, for example Bulgarian or Croatian . For centuries the Czech Republic was part of the Habsburg Empire, so Czech cuisine was influenced by Austrian cuisine with its schnitzels, strudels and sauerkraut.

In contrast, the cuisines of the southern Slavs, such as Bulgarian cuisine, are closer to Balkan and Turkish cuisine because these countries were under Turkish rule. Because of the historical upheavals, it is believed that the Czech national cuisine originated in Prague only in the 19th century.

Czech food is considered quite fatty and hearty . There are few vegetables, and recipes for flour and meat dishes are predominant. Of fish Czechs eat only farmed carp and trout. Of meat, where pork predominates, Czechs prefer cold appetizers and various stews. Dips and potatoes or dumplings are added to dinners.

Vegetables are eaten very little and only symbolically added to dinner dishes, mostly in the form of sauerkraut. However, salads are becoming increasingly popular due to the global influence and the trend toward lighter and less fatty foods.

READ
Santiago Island, Cape Verde. Where is it and when to go? 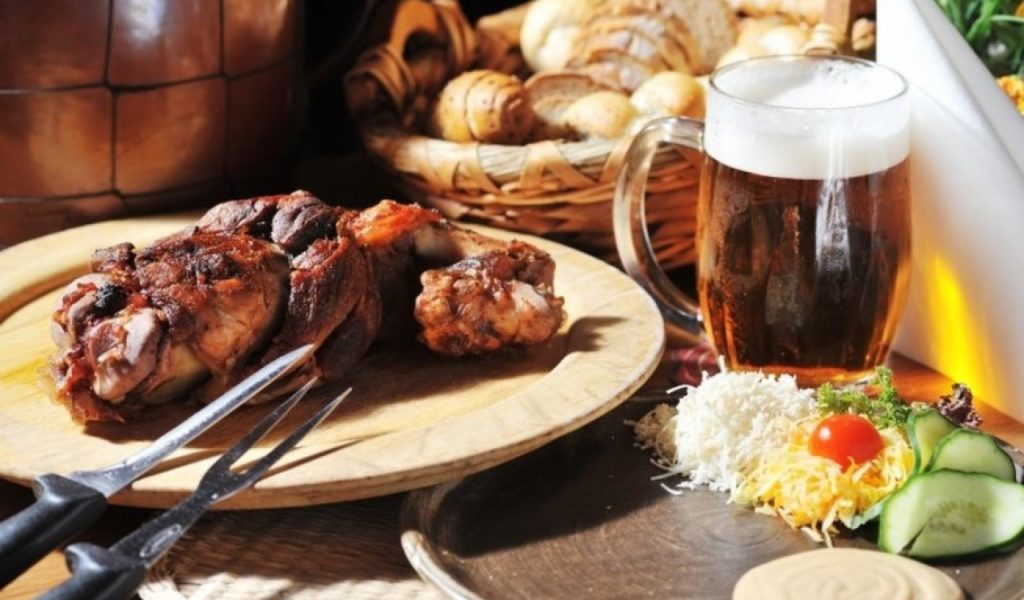 Popular ingredients are pulses and mushrooms which are added to soups. Czechs love to eat hearty noodle soups. They use quite few spices and prefer dishes with a mild taste. The most commonly used spices and herbs are dill and cumin. Poppy seeds are very popular and are added to a variety of dishes, mostly sweet.

What Czechs eat for breakfast, lunch, and dinner

Czech culinary traditions are very similar to those of Poland. They eat three meals a day. According to the traditions of cold northern and continental countries, they eat nutritious meals in the first half of the day. Breakfast consists of sandwiches – wheat buns with butter, cold meat or cheese.

Most Czechs eat lunch during their lunch break at work. This is when they eat traditional lunches: soups, second courses and desserts . Restaurants offer ready-made lunch sets that you can quickly order, eat and go back to work. Lunch dishes are mostly meat, and it is very difficult to find vegetarian dishes in Czech restaurants. 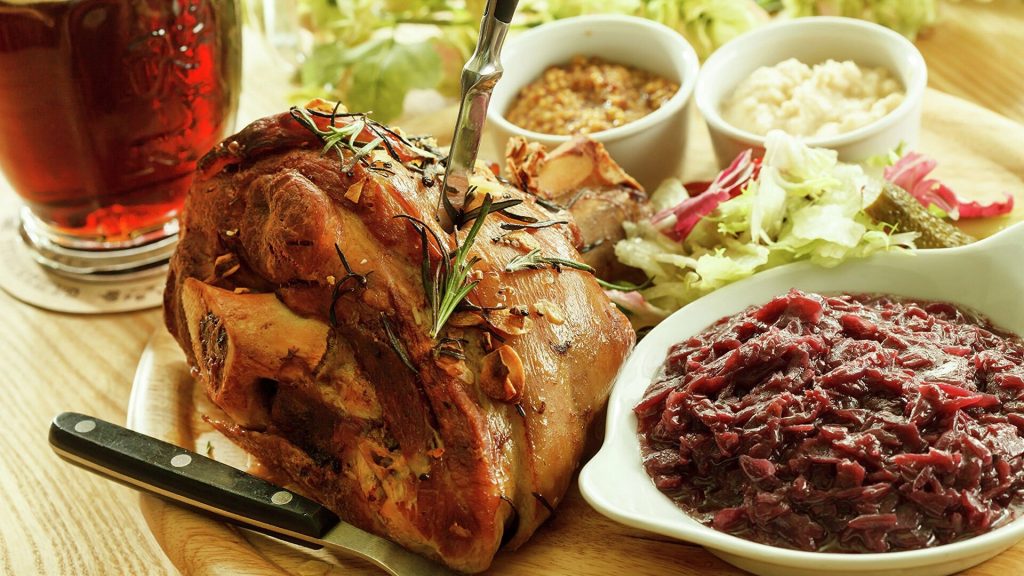 What Czechs eat for breakfast, lunch and dinner

Traditionally, restaurants serve hot dishes. However, more and more Czechs just eat sandwiches. Czech sandwiches are large, smeared with mayonnaise-based pasta and filled with cold meats, cheese and eggs. They are topped with pickles and paprika. These typical Czech sandwiches are eaten at social gatherings and parties and as snacks at home.

A typical drink in the Czech Republic is beer, including non-alcoholic, which is drunk with almost every meal.

Traditional Czech cuisine cannot do without soup, e.g. mushroom, potato, onion or tripe soup. Soups are made of meat broth and thickened with cream or sourdough. Soups are often made with legumes, mainly lentils. Soups are usually served with noodles.

READ
What will surprise any foreigner in Serbia

A typical second course usually consists of a meat stew with gravy and carbohydrates in the form of potatoes and flour dishes. As in the cuisines of northern and continental Europe, Czech dishes are also made with potatoes. For dinner, potatoes with water, chips or the famous dumplings are served. Potato delicacies also include all kinds of fritters, casseroles or dumplings. 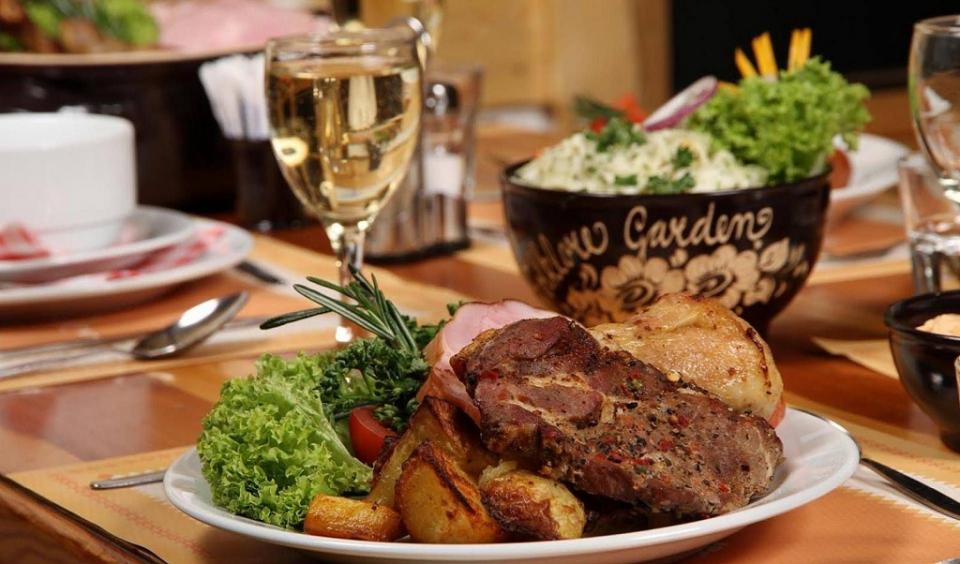 Dumplings are the most famous national Czech dish. It is interesting that these are not the dumplings known from Polish or Austrian cuisine, i.e. balls with a filling. In fact, only the name comes from Austrian cuisine, because these national and regional dishes are prepared quite differently.

Traditional Czech national dumplings are a kind of moist, sliced, crustless roll. The traditional dumpling dough is made from wheat flour or boiled potatoes. The dough is kneaded into a cylinder-like shape, which is then boiled in salted water. The dumplings are cut into slices, steamed, and served as a dinner dish with meat and sauce.

Like lunch dishes, traditional appetizers and snacks also come in meat, cheese or potato varieties. As an appetizer, you can often find cheese or sausage delicacies in restaurants. 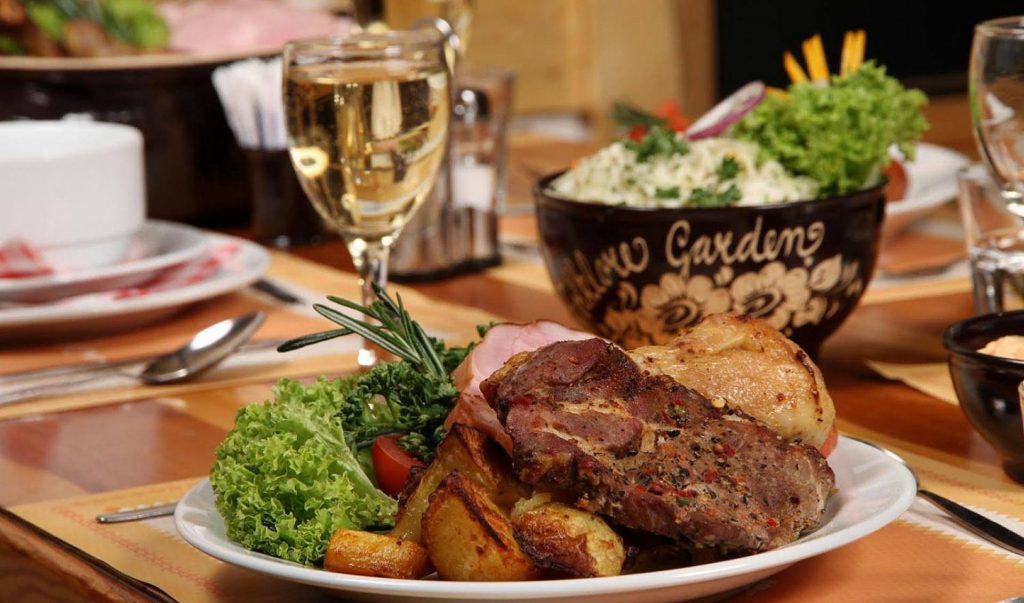 An interesting dish is fried cheese in batter. Unfortunately, it is often the only vegetarian dish you can find in Czech restaurants. Molded cheeses are also served as an appetizer. Typical beer snacks are pickled cheese , cheese fried in beer, or pickled sausages.

Czechs also like to dine and snack on sweet dishes. These are mostly flour and potato dishes, such as pancakes, dumplings, or the classic fruit-filled dumplings. They are eaten with sugar and melted butter. Interestingly, sweet potato delicacies are also eaten, such as the traditional dish skubanky, which is potato dumplings sprinkled with poppy seeds and sugar and covered with melted butter.

For dessert there are often cakes of all kinds, e.g. kolacky or traditional Czech gingerbread. A classic dessert is lazenske oplatky, which are waffles filled with various kinds of sweet dough. For dessert you can also eat Tatranky, a traditional waffle cookie with a chocolate glaze on the edge. Also popular in the Czech Republic are Austrian desserts, such as strudels with fruit or poppy seeds.