Going to the Czech Republic, it is worth visiting its small towns. Even the locals praise their country for the places where there are many interesting sights. Many Czechs want to know the history of their native country in all its manifestations, and the small towns are just made for immersing yourself in it. They even become an obligatory part of tours.

Olomouc – a little treasure of Moravia

Olomouc, as the local Czechs call their city, has approximately 100 thousand people. It appeared in 1253. Olmutz is part of the list of the most beautiful cities in the Czech Republic, occupying places of honor. Some consider it the Prague in miniature. 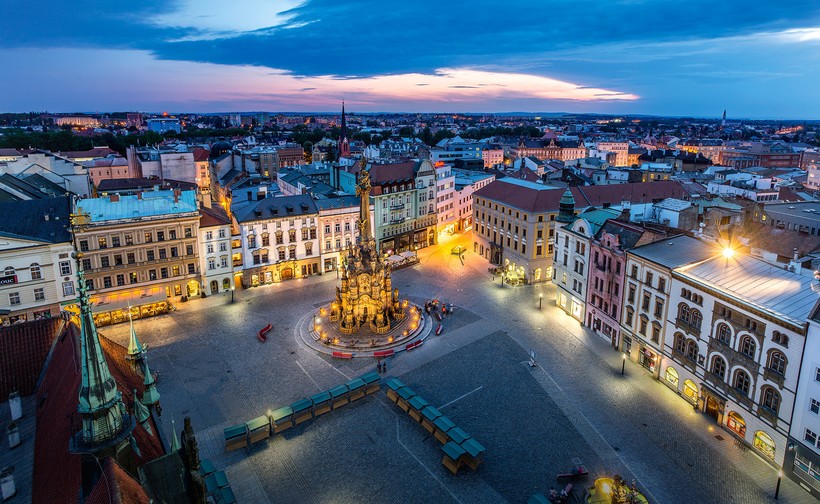 The small town abounds with sights. On the Upper Square is the Plague Pillar, famous as the Column of the Blessed Trinity. It is a religious monument that is part of the World Heritage Site and a token of gratitude to the saints who delivered Moravia from the plague. The Holy Trinity Column is a living proof of the skills of sculptors, stonemasons and artists in Olomouc.

The Town Hall, built in the 15th century, is also quite remarkable. First of all, it is a complex that includes a Gothic chapel and an astronomical clock. Historically, Olomouc had to change its architectural appearance several times. Therefore, its buildings are presented in different styles:

This makes Olomouc one of the leaders of the TOP of the most beautiful small towns in Europe. Religious buildings are adjacent to the Přemyslovec Palace, which together with the Archdiocesan Museum forms a unique architectural ensemble. The museum ranks among the most interesting galleries in the world, rivaling the Louvre.

Do not pass by the church of St. Mauritius, which is considered a national cultural monument. It is home to the largest organ in Europe. Its music is special, the melodies are unique due to the complexity of the construction and the acoustics of the hall. The Chapel of St. John and the Basilica of the Visitation of the Virgin Mary should be mentioned. The latter is a monumental Baroque temple. It is extremely difficult to find something similar in the whole world.

READ
Getting around Tallinn, Estonia: information, costs and tips

The fountains are another striking attraction. Olomouc has several fountains that formerly served the city’s water supply system. Several of the fountains are dedicated to various gods, one depicts the mythical newt, another is dedicated to Hercules, and the most grandiose is Julius Caesar. Finally, the Gradi Monastery, which is about a thousand years old, is considered a majestic structure.

Small Třeboň became an example for large cities because of its sights. For example, the local castle, which looks more like a mansion, regularly becomes a member of the ratings of the most unusual castles, which is explained by its architectural style. At the same time, it regularly makes the top list of the largest residences in the Czech Republic. This national monument dates back to 1366. Now the regional archive is organized here. 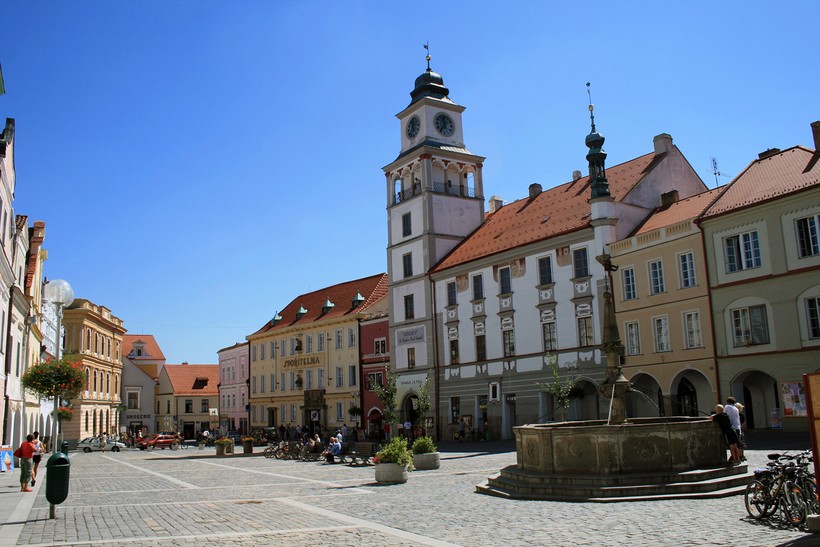 Třeboň monastery is also a peculiar landmark. It developed as a center of painting, gradually grew and increased its prosperity. But it had to go through a serious decline. The 17th century was a new period of prosperity, and the revival of the castle was due to Ferdinand II. Now you can come here for a tour to see one of the most beautiful altars in Europe. The mausoleum of the Schwarzenbergs, built in the neo-Gothic style, is no less beautiful. This small octagonal building resembles a pyramid. In fact, it is a tomb, which houses representatives of the Schwarzenbergs. The altar looks gorgeous, which seems to be made of wood, in fact it is marble, white sandstone and plaster. Even the brick imitates the resemblance of hewn stone, which was the original intention of the architects.

Earlier the city was called Kremzir. Each of its 10 districts will be of interest to the average tourist. This is due to its origins, because Kroměříž played the role of an important town of the country of Ganak, who are the Western Slavs. 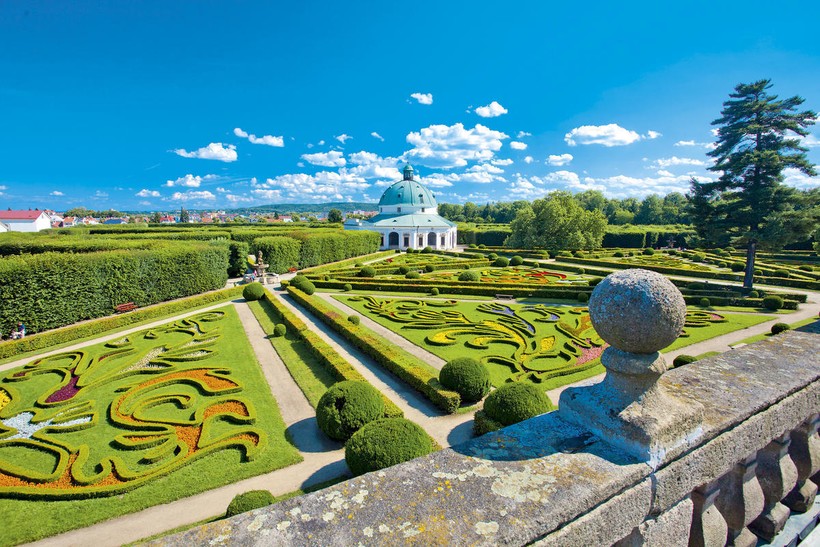 Initially the settlement was considered a village. Since 1110 Kroměříž received the status of a town as soon as it was acquired by Bishop Johann II. For a certain period the town was the most important political and cultural center of Moravia region. It had to survive repeated occupations, including by German fascist troops. Kroměříž was liberated by the Soviet Army. The main attractions of the city are the monuments of religious architecture. Among them the Church of St. Moritz is noted. To see such a large Gothic church in a small town is expensive. It has been reconstructed many times, so historians find it difficult to say exactly which elements of the building are the original. In terms of celebrity with the church rivals the castle Kremzira. It is a very beautiful and picturesque construction of the 11th century. The outlines of the fortress clearly show the Renaissance period. By its appearance the castle is more like an art gallery. Tourists visiting Kremzir love the castle for its beautiful gardens. To learn more about the history of the town, you can go to the local museum. The most interesting thing is hidden in the basement, where they show films about the history of Kremerzizh. On them you can trace the history of the development of crafts, learn about the secret treasuries, there is a separate room showing the flora and fauna of the local region.

Czech Republic proves to the whole world that all its cities are beautiful in their own way. Visiting the small towns will leave a vivid impression for a long time, because they are very similar to the larger, but much smaller in area and concentrate on their territory the most interesting sights. This saves time and money on travel, because you can see everything on foot.