Every year the people of the Faroe Islands catch, kill whales and dolphins during the traditional hunt, the so-called Grindadrap. The sea around the Faroe Islands becomes eerie and bloody, as does the brutal ritual itself.

Grinde, aka black dolphins and whales, are massacred every year on the Faroe Islands. A crowd of hunters drive whales and dolphins into the bay and then puncture their spines, leaving the animals to slowly bleed out. According to PETA (People for the Ethical Treatment of Animals), some whales are in death agony for hours. “Whales and dolphins are very intelligent creatures, and they are able to feel pain and fear, just like we do. They are forced to watch their congeners die in the blood-red water, waiting for their own demise.” Brutal, yes. I’m sure most sane and mentally healthy people feel incredibly sorry for them. The spectacle is not much different from the scenes that regularly occur in any slaughterhouse: large numbers of animal corpses, a sea of blood, and people cutting up the carcasses for meat. Undoubtedly, there is little pleasing or aesthetic about such scenes. Creepiness, horror, pain and the last cries of desperate animals. But most people prefer not to think about where the meat they eat actually comes from: it’s much easier to think of meat solely as food and not as the corpses of once-active and lively piglets, sheep, and cows. We (city dwellers) are not confronted with the production directly at the initial stage (breeding, rearing, slaughtering, processing the carcass), we buy ready-made meat in the store and for us such pictures of killing look wild and not understandable.

But how did such a tradition come about, what is behind it, and why does it still exist today?

Images of hunting in the Faroe Islands are published every year by the media around the world, and admittedly it looks cruel and shocking, but it happened much earlier, there just weren’t so many opportunities to spread and display this kind of information then. Now scenes of dolphins being killed are presented and perceived as a local joke or just a tribute to tradition. But it’s not! In fact, it’s no fun at all, because the history of whaling of the islands goes back to 1584. Cultivation of vegetables, cereals and fruits is impossible because of the harsh climate of the island. Due to the cold, snow, and wind, meat was the main food that kept people alive. There were no sources of meat on the Faroe Islands for a long time, that is why dolphins together with fish and sea birds provided the local population with food for a year ahead. So whaling was of vital and cultural importance to the Faroese. 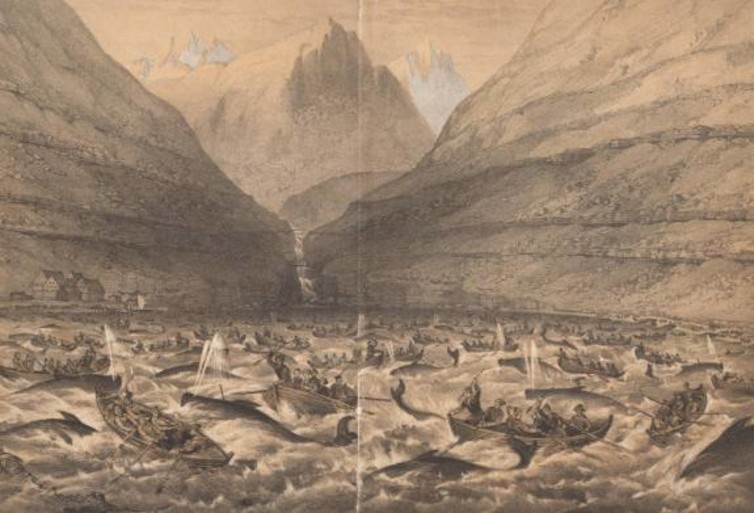 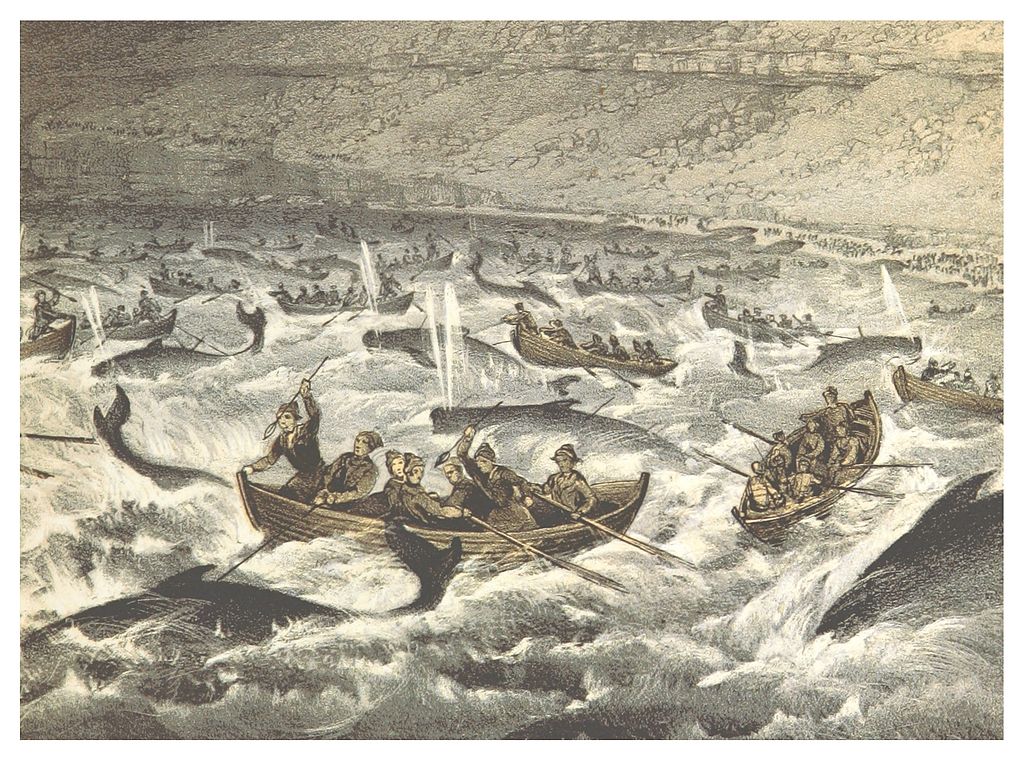 Later, sheep were brought to the islands. Even today, fish, dolphin, bird, and sheep are the main diet of the locals. Vegetables, grains and fruits do not grow well in the cold climate of the islands, because the temperature rarely rises above 15 °C in the summer. The meat of dolphins caught in summer is salted, cured and dried to be eaten the rest of the year. The Faroe Islands are one of the most isolated places in the whole world. The weather here is windy, rainy and cold all year round. There is virtually no agriculture except for a few potato fields. The fruits and vegetables that are sold in supermarkets are shipped from Denmark and cost about 10 times more than in other European countries.

The Faroese are a very independent, strong, independent and proud people. Throughout their history, they have been able to make a living on a pile of rocky islands in the middle of the North Atlantic Ocean, withstanding plague, pirate attacks, and capture by foreign powers. They are proud of their history and honor tradition. Although the Danish government does not officially recognize the independence of the Faroe Islands, the inhabitants have their own parliament and control over most of their internal affairs.

To be fair, I would like to note that not only Faroese, but also people from other highly developed countries such as Japan, Iceland and Norway are engaged in whaling. They just do it in a less conspicuous way and without any traditional tricks. All the action takes place in the open ocean (i.e. out of sight of people and media) with the help of whaling boats. Japan is engaged in commercial whale hunting under the guise of “scientific research. Iceland hunted endangered whales until 2016. Norway hunts whales, but the demand for their meat is so low that it is fed to animals on fur farms. 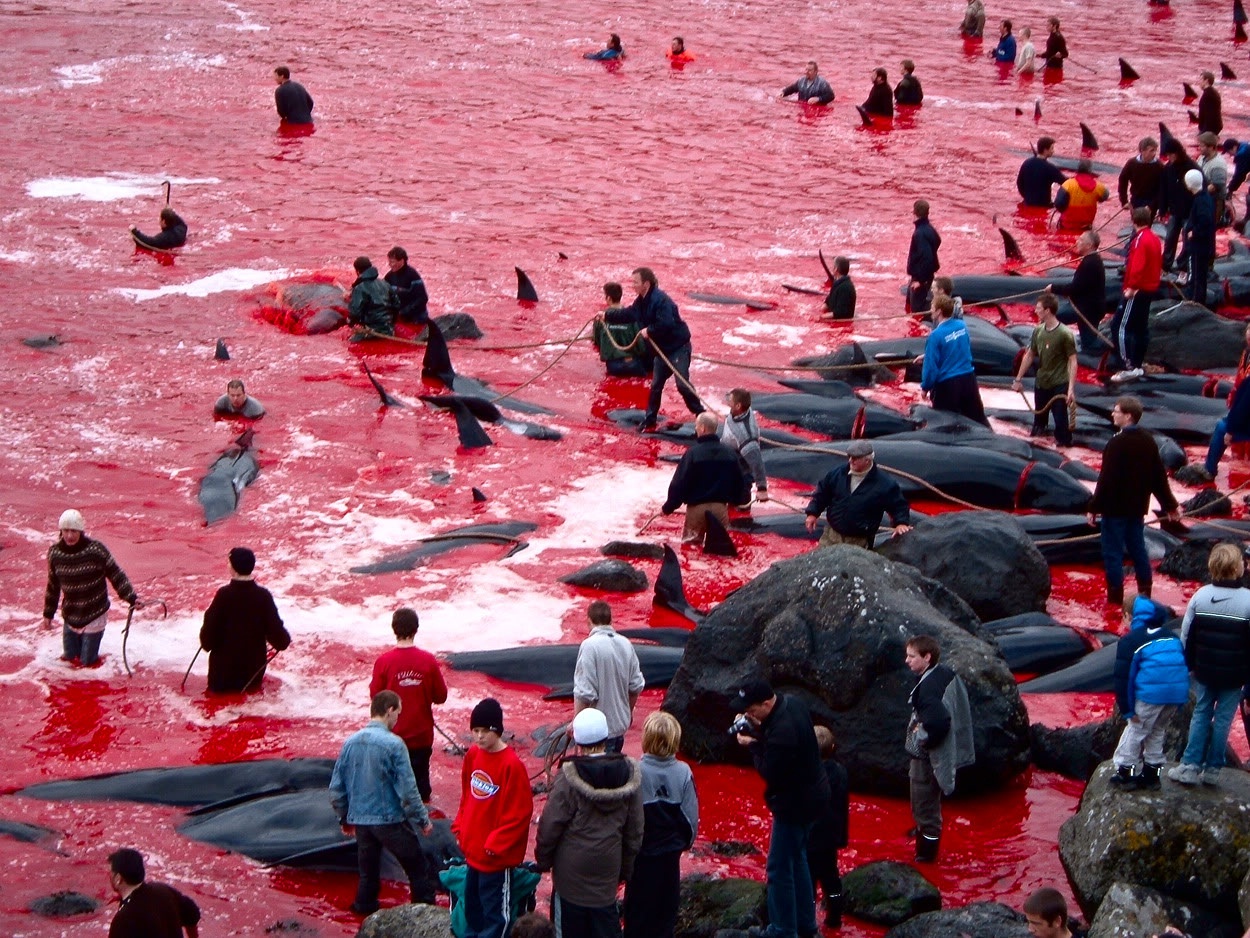 But for some reason only whaling on the Faroe Islands is causing many protests among conservationists. Inhumane, cruel and senseless, so the media thinks. Among the main arguments are that the killing of animals is inhumane, and that such actions threaten the extinction of black dolphins as a species. This is true, because a few decades ago the grindstone was killed in the same way as hundreds of years ago – with harpoons, which often resulted in the animal still being half alive even when it was dragged ashore. However, the local island animal protection organization at one time insisted on using special spears, which allow you to kill the animal in literally 1-2 seconds so that it does not suffer. The blow is made at the base of the brain, through which the arteries pass, which causes death instantly, and the water is quickly stained bright scarlet arterial blood.

The Faroese make every effort to live in harmony with nature. And this is not an unsubstantiated statement. Seabirds used to be hunted on the islands, but their numbers have long been strictly controlled. About 10 years ago you could find a tupik on the menu of a Faroese restaurant, but not anymore. The birds are protected and hunting was forbidden.

Every year about 250-1000 grands are slaughtered in the Faroe Islands. Despite this, the dolphin population is not declining: the population is recovering every year and there is no evidence of ecological disturbance in this part of the Atlantic. The total number of black dolphins in this part of the Atlantic is about 128-130 000, but animal welfare organizations are convinced that 1000 grands is too many. 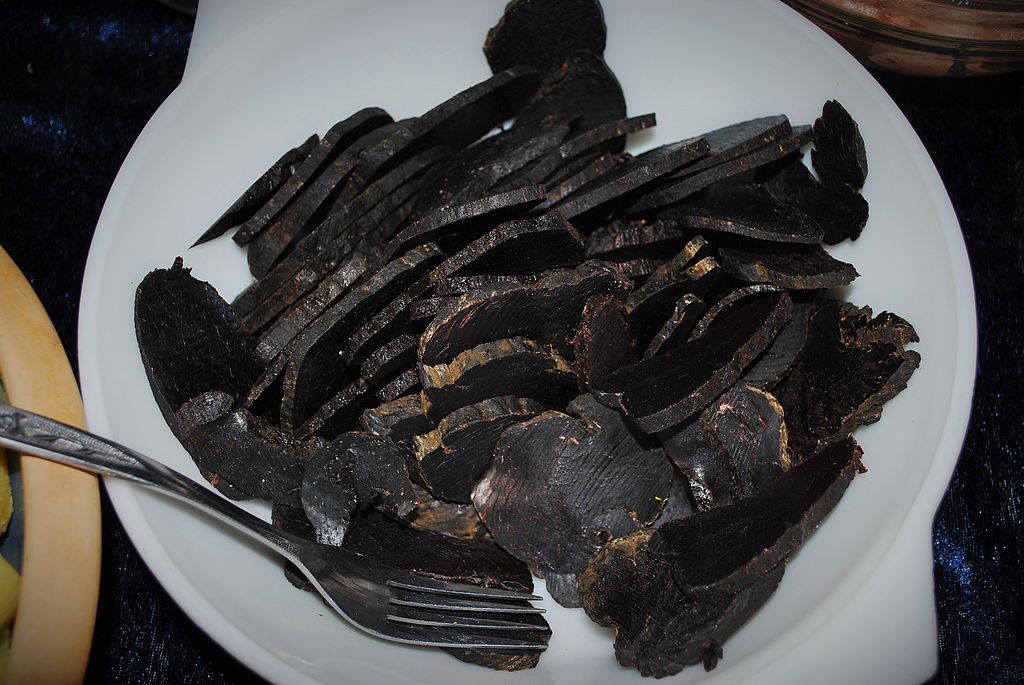 If you ask the Faroese themselves about whale hunting, many may be offended and not want to have the conversation. After all, it is their nation that the media presents as inhuman, brutal killers. The opinions of Faroese differ. Some residents pay tribute to tradition. Some don’t see anything wrong with it, equate this kind of meat extraction to the chicken from the supermarket that we’re all used to (after all, it was also killed, just not in front of your eyes). And some are even against participation in such an event. The Faroese are not going to give up their beliefs and stop killing whales and grind once a year.