Costa Rica is a tiny country nestled at the narrowest point of the Isthmus of Central America, bordering Panama and Nicaragua, washed by the Caribbean Sea and the waters of the Pacific Ocean. Costa Rica is officially recognized as the happiest country in the world, it is one of the few places where you can breathe deep, enjoying the cleanest air. Unique nature reserves, active volcanoes, majestic mountains and crystal clear rivers – this is not the whole list of advantages of Costa Rica. This tiny Latin American country is, without exaggeration, the center of world eco-tourism. If you dream of being fully in touch with pristine nature, a vacation in Costa Rica is exactly what you’ve been looking for.

Clean air, high level of education and health care, development of tourism – these and other high indicators are the fruit of competent policies of the local government and the philosophy of life of the population in general. No wonder that this paradise place attracts many tourists from all over the world, wishing to have a good rest and gain positive impressions.

Costa Ricans managed to keep the percentage of harmful emissions into the atmosphere to a minimum. Moreover, almost 100% of energy resources are produced from renewable sources, while most developed countries mercilessly waste natural resources from the bowels of the earth.

In 1949, the Costa Rican government deliberately abandoned the regular army, a decision that is still in effect today. Such a strategically important step allowed to focus on the active development of health, education and culture. 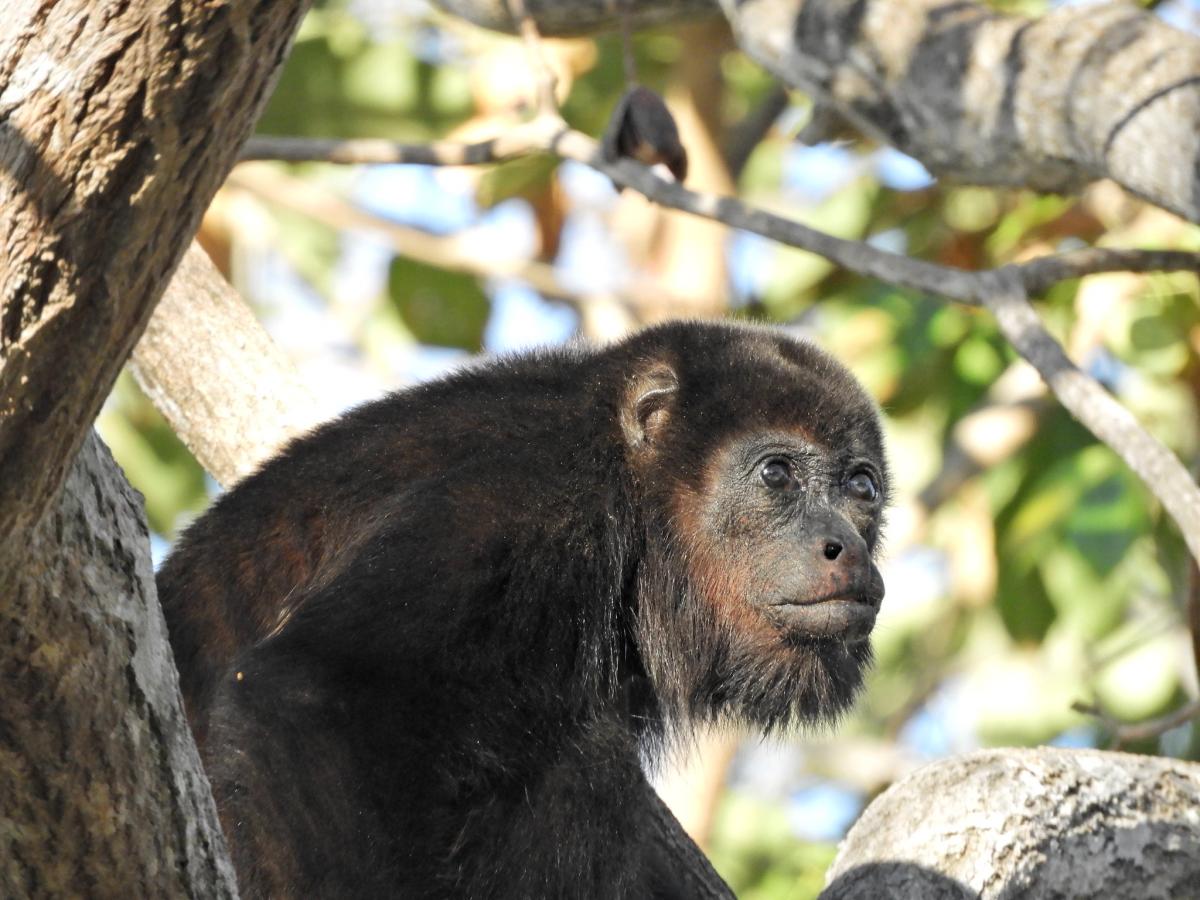 The territory was discovered by Europeans in 1502. Christopher Columbus, during his last expedition, landed on the coast of what is now Costa Rica and began exploring the land. Mariners noticed that almost every representative of the indigenous Indian population wears jewelry made of gold. In fact, this was the reason for such a telling name – “Costa Rica”, which means “rich coast”.

By the time the Spaniards arrived there were three Indian tribes: the Chorotega, Boruca, and Huetara, amounting to a total of 25 thousand people. Only 20 years later the Spaniards were able to subdue the Indian resistance, reducing the indigenous population by a factor of three. The mid-16th century marked the beginning of active colonization of the Central Plateau.

As time passed, it became clear that there was not much gold, nor any other minerals, in the country. The conquered lands were only useful for farming, which is what the Spaniards did. Gradually, Spain has lost interest in Costa Rica, which is largely due to unfavorable geographical location – remote location from the metropolis. For Costa Rica itself its location was very advantageous: the territory was difficult to raid, both by land and water. Because of the complicated control, the colony eventually became virtually independent.

The period of independence

In 1821, on December 1, Costa Ricans declared independence, but final sovereignty was not obtained until 17 years later, in 1838. The young state led the common struggle of the Central American territories for sovereignty. Costa Rica became a leader in the war of 1855-60 with the North American freebooters led by the adventurer William Walker. A decisive battle erupted in Nicaragua, resulting in a combined force victory over the American invaders.

In 1871 a constitution was drafted and adopted with progressive ideas for the time, such as encouraging foreign investment and abolishing the death penalty in Costa Rica. Later the Americans did penetrate into the country, choosing the civilized way – by extending to the territory of the state the company “United Fruit”. The Americans grew bananas, coffee, pineapples and other crops on the fertile land. Although Costa Rica did not directly benefit from American expansion, there were nevertheless some benefits. So, for its needs, the company built an extensive railroad network, which connected the eastern part of the country with the west. Because of the shortage of workers, there was an influx of black immigrants from Jamaica, who settled on the Caribbean coast and left a distinctive cultural mark.

READ
What to know about holidays in Tunisia, Zarsis 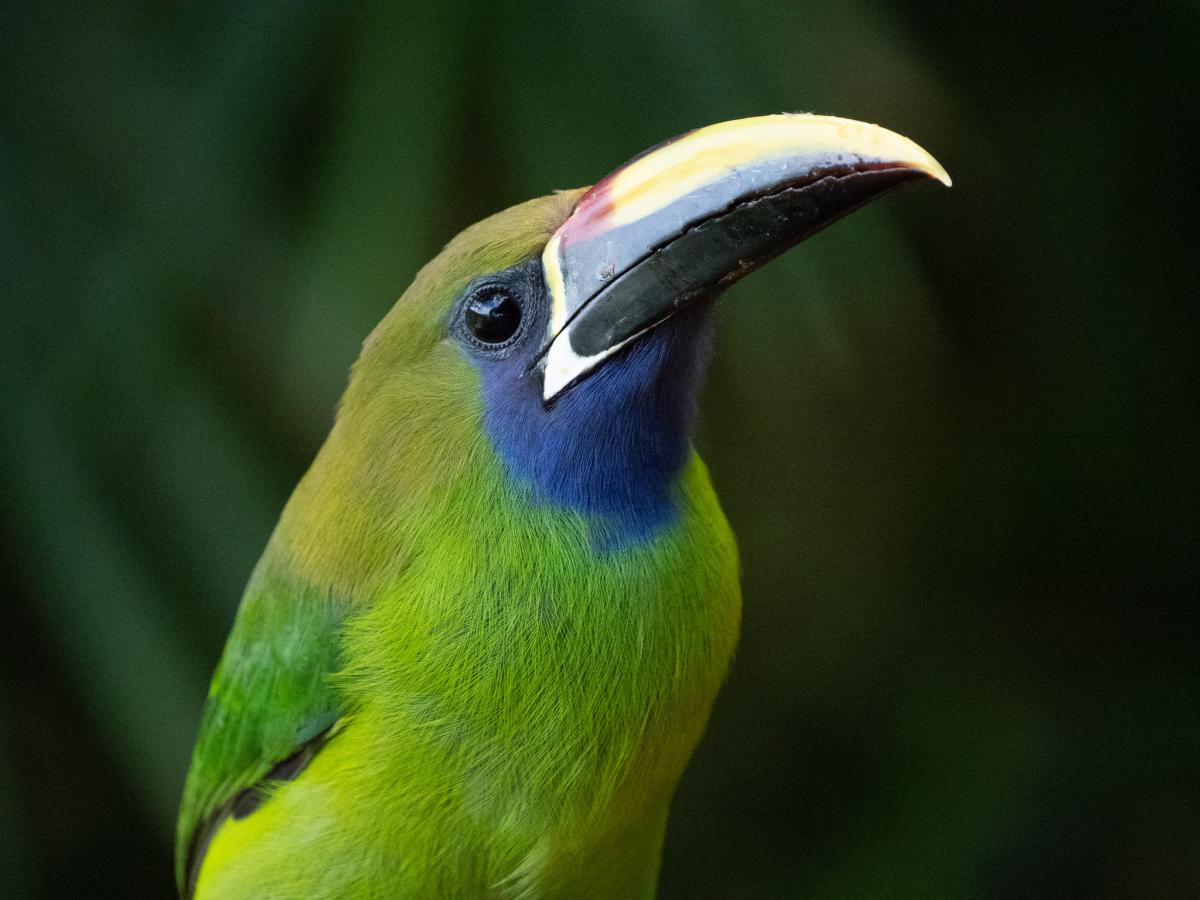 The Civil War and the Making of Peace

In 1948, an internal war broke out in Costa Rica, triggered by a conflict between presidential contenders. The armed confrontation lasted 40 days, as a result of which Jose Figueres Ferrer led the country. Subsequently, the new Constitution of 1949 outlawed the creation of an army during peacetime and has not been violated since.

To further emphasize its strictly peaceful existence, in 1982 the Government of Costa Rica made a formal declaration that the state adheres to a permanent neutrality in its foreign policy and exclusively good neighborly relations. 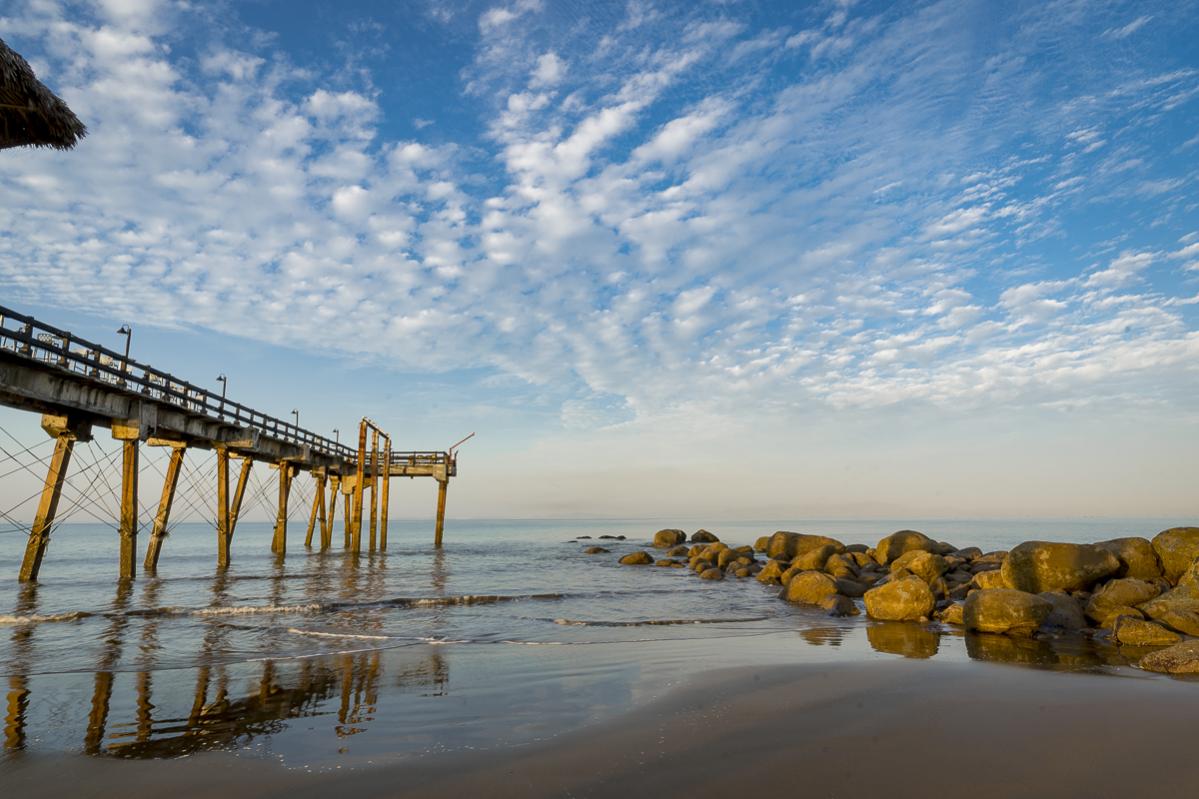 Costa Rica has a subequatorial climate, with a variety of climatic conditions in a small area due to the abundance of uplands and mountains. The eastern part of the country receives a lot of rainfall throughout the year and the weather is hot with high levels of humidity. On the west coast, the climate is less humid with a pronounced dry winter period of four months.

Costa Rica is rightly called a sanctuary country. On the area of just over 51 sq. km, there are 74 protected areas, including national parks, waterfalls, volcanoes, mountain and river valleys with unique flora and fauna, underwater caves with rare representatives of the underwater world. In general, protected areas occupy one third of the total area of the country.

It is the unique natural monuments that are the most interesting for visiting tourists. Costa Rica even has an active volcano – Arenal, located in the province of Alajuela. Volcanic mountain in the form of a perfect cone at night makes a lasting impression on witnesses, illuminated from within by a red light. The last activity of the volcano was recorded by scientists in 2011 in the form of a barely visible smokescreen.

Like all of Central America, Costa Rica has been experiencing seismic instability. The most devastating earthquake of modern times was in 1910, in which the then capital city of Cartago was completely destroyed, with only two houses left standing.

The most favorable climate is found in the central plateau area, which the Costa Ricans themselves call the land of eternal spring. There is no heat or cold, and the average annual temperature is 21°C. 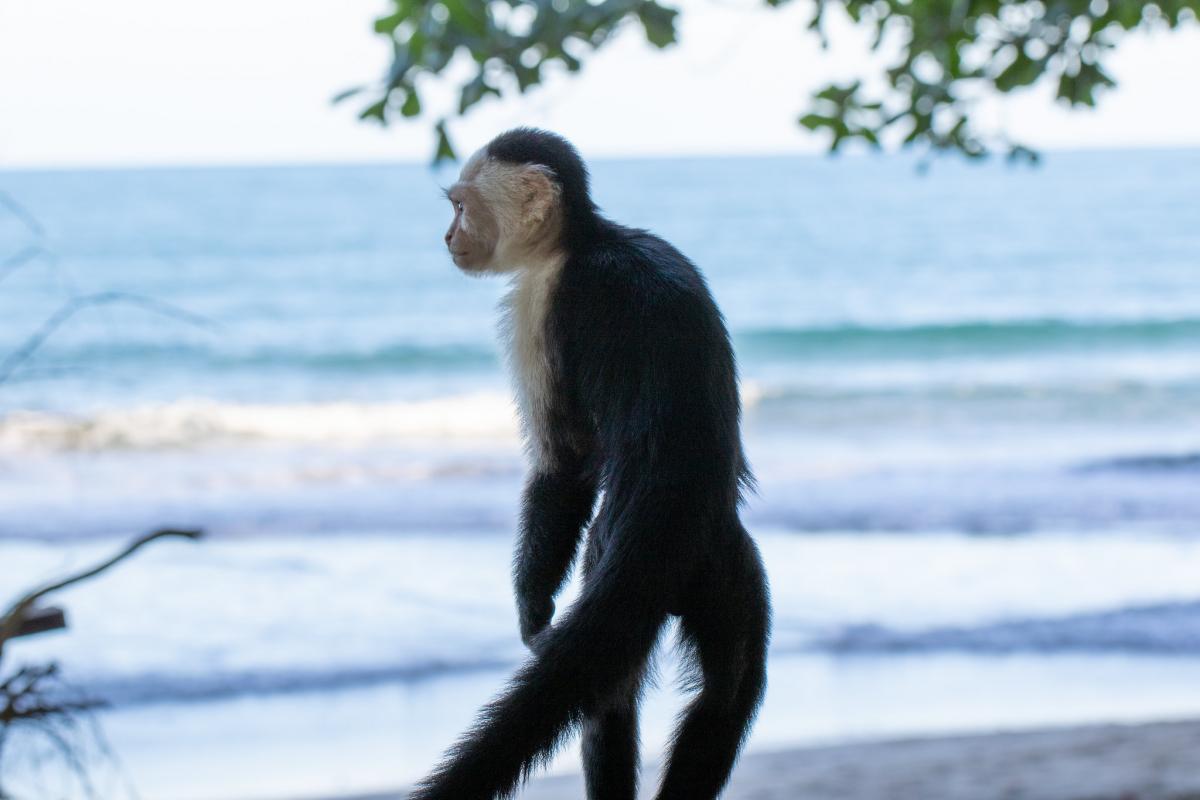 Flora and fauna of Costa Rica

Miniature Costa Rica has an exceptional wealth of flora – nowhere in the world are so many unique plants gathered in one place. Tropical thickets are full of colorful orchids – beautiful flowers grow literally everywhere and are considered the national symbol of Costa Rica. The lush tropics along the rivers are mostly rugged, but they’re a unique ecosystem. There are jaguars, rare capuchin monkeys, porcupines, foxes, toucans, hummingbirds, trogons, and many other fauna. The coastal waters are inhabited by tuna, which, by the way, is often caught illegally by fishermen from the United States. 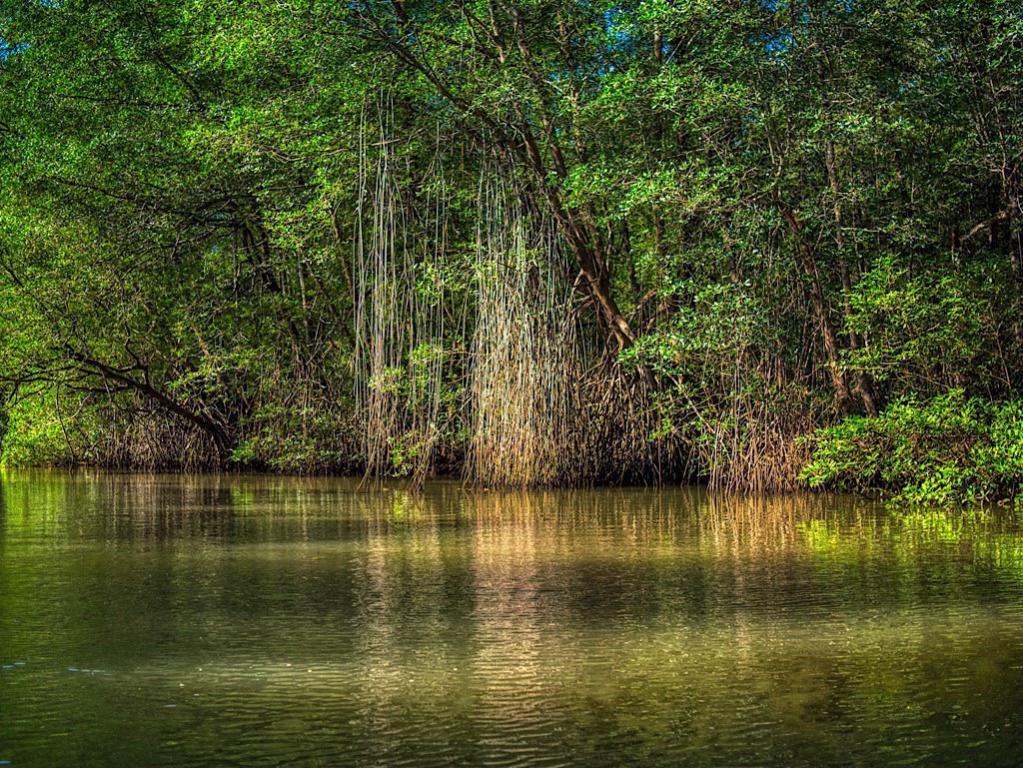 According to the latest census, Costa Rica has a population of 4.9 million people and is growing annually. Spanish is the official language in the country, but English is freely spoken in the major cities and resort areas on the Caribbean coast. Compared with other Central American countries, Costa Rica has the greatest number of descendants of Spanish settlers, together with mestizos, accounting for almost 95% of the population. The rest are Blacks, Indians, Chinese, Americans, Germans, and Italians.

More than 80% of the population are Catholic, the remaining minority are Protestants, and a small percentage are of Judaism. 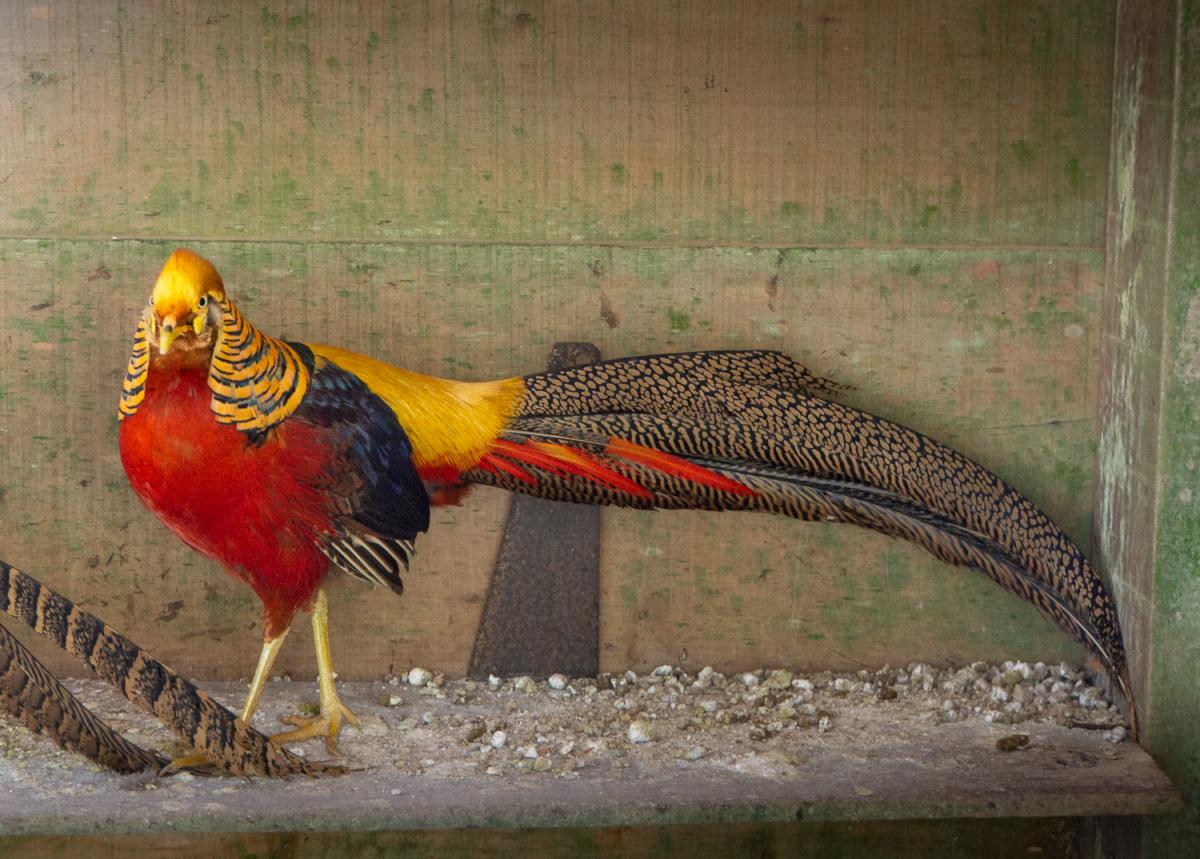 Costa Rica. Photo by B. Wilson.

Costa Rica is characterized by a variety of national cuisine. Local dishes seamlessly combine Indian and Spanish traits. Most recipes are based on black beans, rice, vegetables, meat, and spicy sauces. Rice is cooked in coconut milk; meat stewed mixed with crumbly rice is popular.

Be sure to try the local alcoholic beverages, especially Centenario rum, Platino, and other local brews. Another no less remarkable alcoholic drink loved by Costa Ricans is the famous Café Rica coffee liqueur. The locals are very fond of coffee and drink this invigorating drink in large quantities. By the way, Costa Rican coffee is recognized as one of the best in the world, don’t miss the chance to see it for yourself! 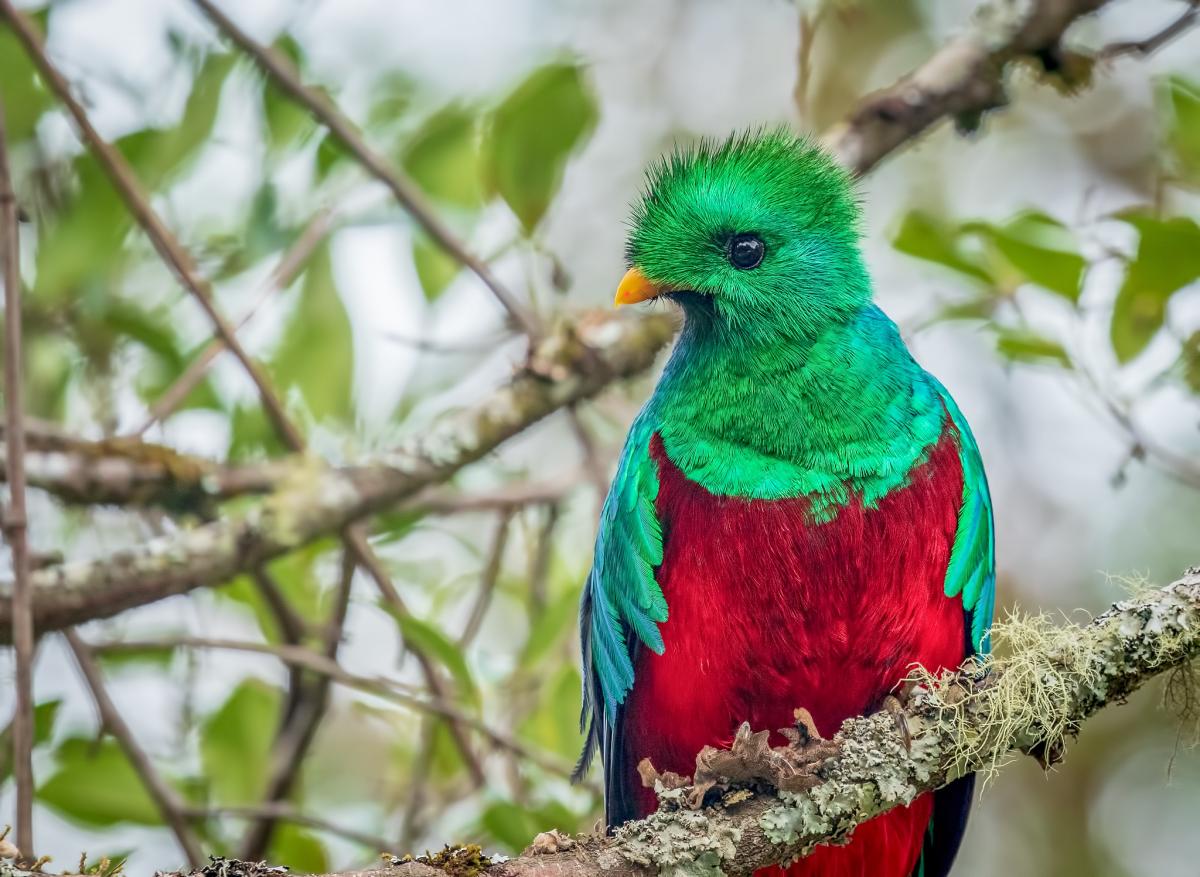 Quezal, a bird of the Trogoniformes, Costa Rica. Photo by Ian Tilden.

The largest metropolis of Costa Rica and at the same time its administrative and political center, San Jose, is located in the center of the country. The city was the first in Latin America to have electricity. San Jose is interesting with its neoclassical and colonial architecture. While in the capital, be sure to visit the National Museum and visit the local souvenir market, which sells many unusual products of local craftsmen.

Another major city, Alajuela, is not far from San José. Among the sights are the Poás volcano, the famous butterfly farms, and an unusual museum composition housed inside a former prison.

The eastern part is one of the most colorful in Costa Rica, where Jamaican workers once settled. The locals speak a special dialect based on English, Spanish and Indian languages. Near the city of Limón, in La Amistad Park is the largest Indian reservation in the country. And in Limón itself operates the Ethnographic Museum with a rich collection of artifacts of local peoples, their crafts and everyday life.

In the northwest, be sure to visit the famous whale bay Baja Balena, the reserve Cabo Blanco, National Park Guanacate with the majestic volcanoes Cacao and Orosi. Another place worthy of attention is the beautiful Lake Arenal and the volcano of the same name, whose last eruption was very recently – in the 60s of the last century.

READ
Things to see and do in Zurich, Switzerland

Cocos is the largest uninhabited island in the Pacific

When exploring Costa Rica, you can’t do without visiting its uninhabited islands, each of which is a separate reserve. The most picturesque is Cocos Island, part of the province of Puntarenas, is 600 km off the coast of Costa Rica.

The island is completely covered by dense jungle and just by its appearance reminds book stories about pirates and hidden treasures. Not without reason, there are many legends associated with this island, according to which there is not just one hidden treasure, but several. So, one of the legends says that the gold of the Incas Indians is hidden in one of the caves on the island. Driven by a thirst for treasure, the German adventurer August Gissler settled on the island, who lived here for over two decades with his wife. In all that time he managed to find only one gold coin, probably lost here by one of the previous treasure hunters. Despite the many failures of his predecessors, daredevils from all over the world still come to Cocos Island in the hope of still finding the legendary treasure. 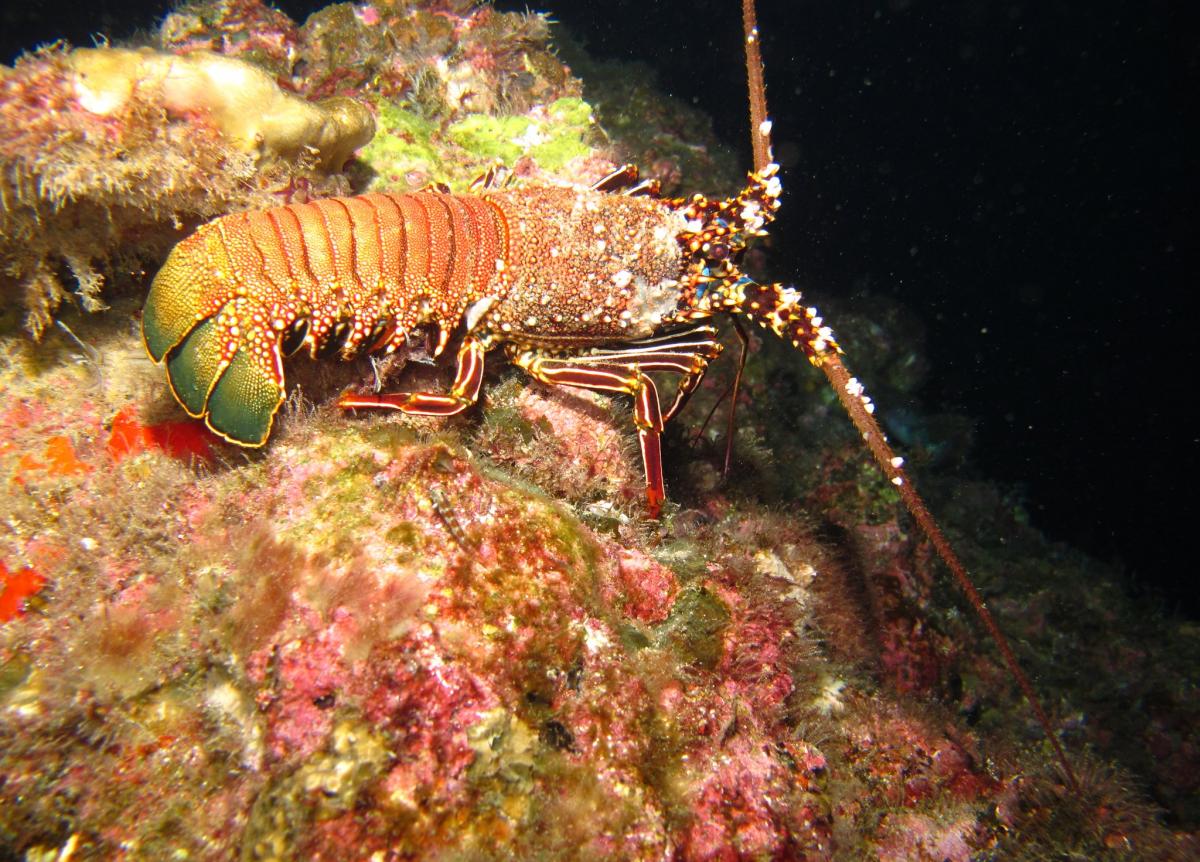