Cossy and the Cevennes, a Mediterranean agro-pastoral cultural landscape

Over three hundred thousand hectares, the valley-crossed region has been the cradle of French agriculture and cattle breeding since ancient times. In 2011, UNESCO declared it a site of outstanding universal agro-pastoralism, an exceptional example of the interaction between man and nature over the millennia.

History of the region

The first members of the human race began to inhabit this area in the Neolithic period. Cicero mentions this area and its herdsmen, and the medieval chronicles indicate that monastic farms were formed here already in the VIII-IX centuries. The surviving settlements in the valleys show exactly how abbeys have been organized since the 11th century. 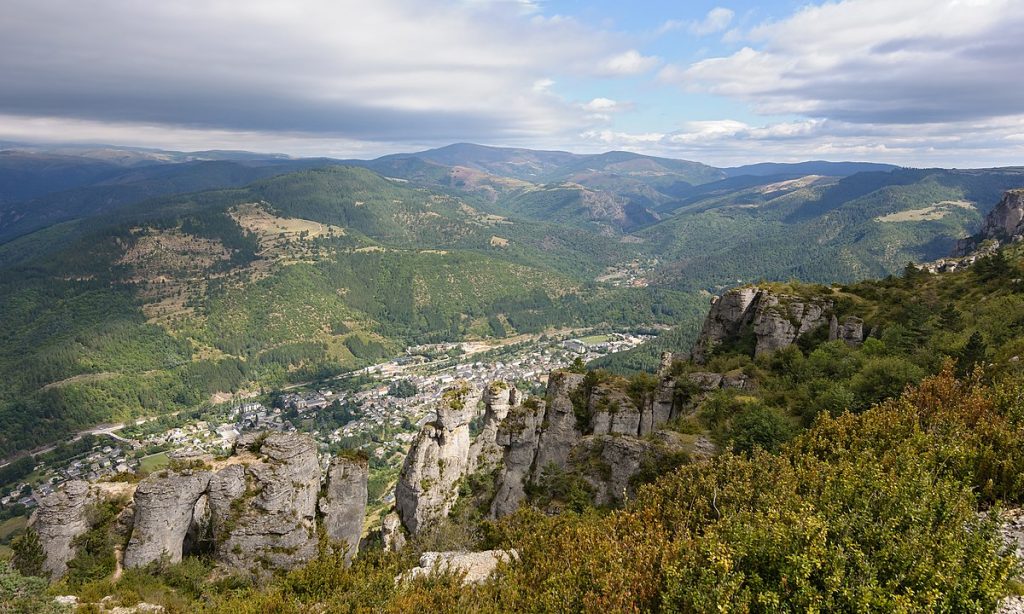 The first material evidence of a settlement dates back to the first millennium BC. These are fields enclosed by low stone walls. Later, Celtic tribes founded the first cities in the area, such as Rhodes, and established road connections and trade in grains, salt, wine, etc. Several Gallo-Roman villas and towns, such as Florac and Genolac, date back to the Roman period. Despite its rather provincial location in relation to the center of the Roman Empire, there is a route through which cheese and pottery were transported. From the ninth century, monasteries, abbeys and military orders began to be granted land to farm and raise cattle on it. The Cossacks and Cevennes were a great asset since the natural environment was so varied – mountain slopes interspersed with fertile valleys, resulting in a variety of soils and climatic phenomena.

In the XII century the Templars and Hospitallers swelled the ranks of landowners in this area. At this time, hunting flourished, viniculture was born, olive groves and crops were grown, and cheese, wool and leather were produced. The mainstay of the diet of the locals is the breadfruit. This is the name given to the chestnut tree, whose trees grow in abundance in the Cevennes. By the end of the seventeenth century, according to sources, the landscape is divided into wooded and valley areas, and this structure persists until the end of the nineteenth century. Shrubby crops are used in agriculture, with a cycle alternating between five years of production and a long break for “fallow” (20 to 50 years), making such fields “under fallow” suitable for grazing cattle.

History of the region

The remoteness and certain isolation of the region have slowed the arrival here of technological progress and, consequently, of improvements in production. The gradual separation of animal husbandry from agriculture, the decline of the textile industry and the widespread growth of meat production lead to a certain weakening of the region. By the beginning of the twentieth century, the number of pastures had greatly increased, displacing some agricultural land. This is due to the development of the dairy industry. Since about the 1950s begins an exodus of young people to the cities in search of more comfortable and modern working conditions. Since then, the question of preserving the cultural landscape of the Coss and Cevennes has become increasingly important.

One of a dozen French national parks was founded here in the Cévennes in 1970. Covering almost a thousand square meters, it is located in four departments of the region, the main part is occupied by the Gare and Lozère . The administrative center of the park is located in the town of Florac. The highest point of the park is Mont Lozer, which reaches a height of almost 1700 meters . The park includes meadows, chestnut, beech and pine forests, as well as the Aven Armand cave. 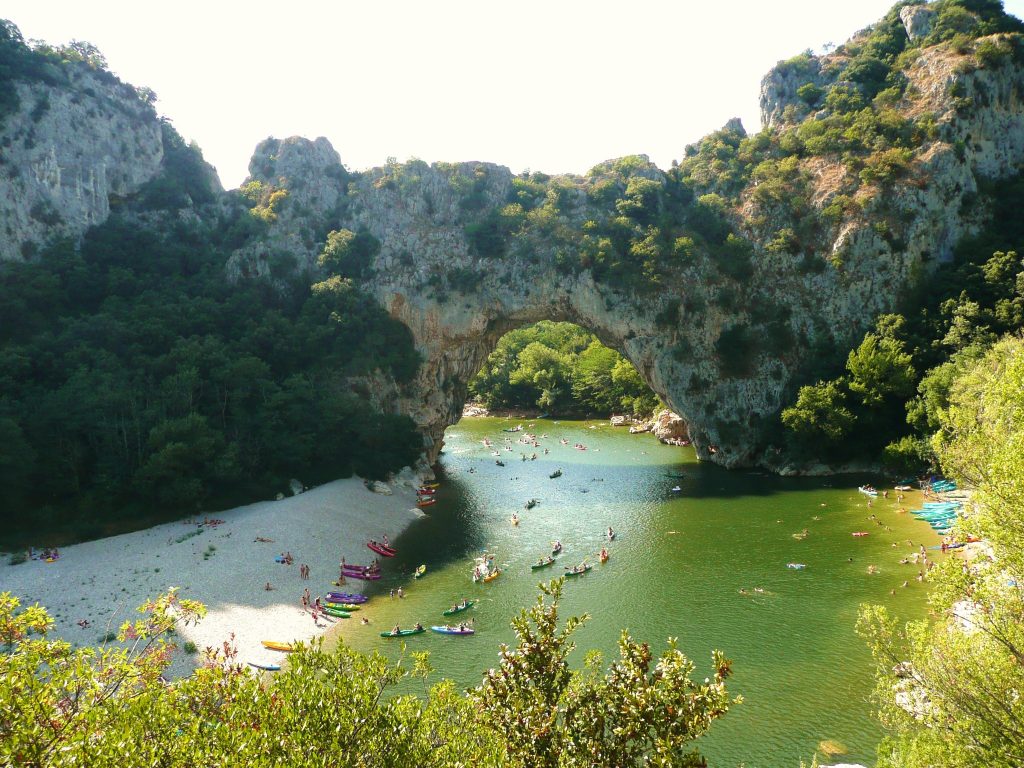 Almost seventy-six thousand people live in the park zone . The main part of the population is engaged in farming. At the same time, the center of the park is a protected area, where no economic activities can be carried out. The peripheral area is home to historic settlements and is open to visitors.

Due to the diversity of the climate, significant altitude differences and differences in the chemical composition of soils, the park has two and a half thousand plant species, almost as many varieties of animals, more than two hundred species of birds and eight hundred species of insects. It is noteworthy that here you can find otters, beavers, mouflon and lobster, which are already extinct in other regions of Western Europe.

In the park strictly monitor the order. Throughout are reminders of the rules in the form of pictograms and signs, failure to comply with which is fined up to fifteen hundred euros. 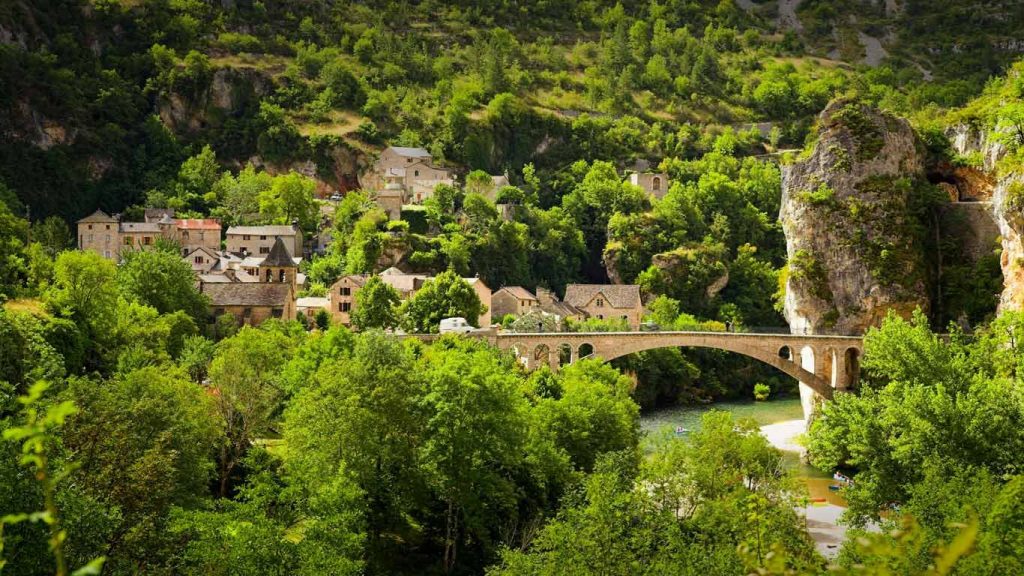 In the park hunting, fishing, and mushroom picking are allowed. Violation of the restrictions – 2,000 hunters, 5 fish up to 23 cm in length per fisherman and 10 liters of mushrooms per day per person – is punishable by a fine of one hundred and thirty-five euros.

The remains of the monastery of Saint-Enimy

Built at the end of the 10th century Benedictine monastery is now left only in ruins.

It became popular with tourists thanks to its location in the Tarn Gorge and the beautiful story of its founding. 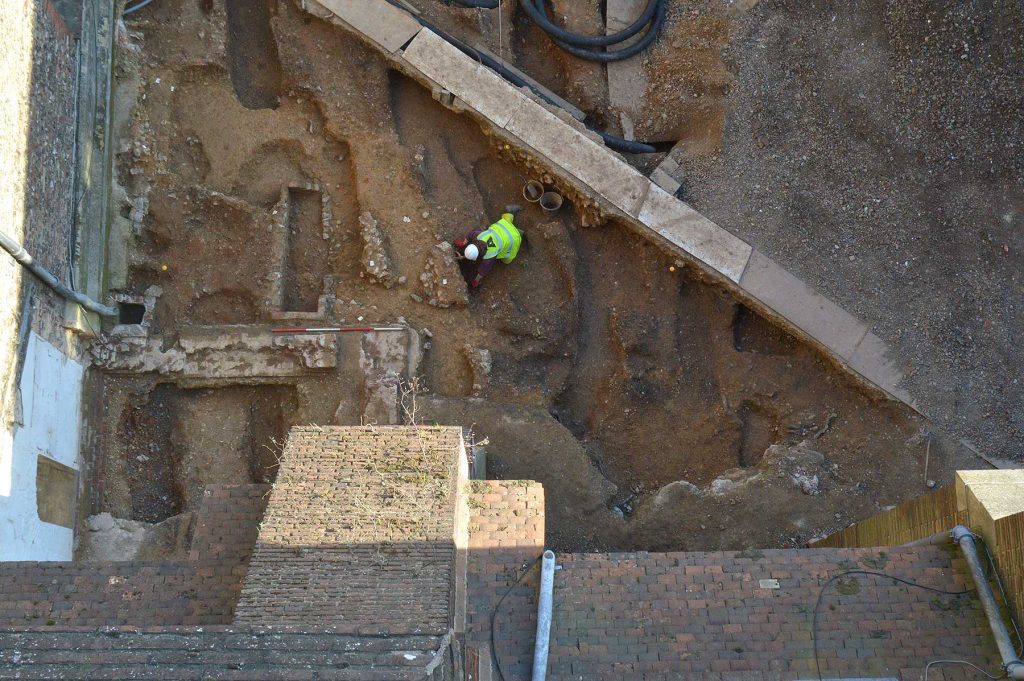 The remains of the monastery of St. Animi

When the daughter of Chlothar II Enimé, the ruler of Myra, to whom the monastery was dedicated, reached marriageable age and chose instead to nurse leprosy patients, she prayed to God to help her through this difficult journey. But she could not avoid being infected. Her father, desiring to heal his daughter, made several unsuccessful attempts, after which he miraculously succeeded in doing so by bathing her in a river near the Tarn Gorge, in Burlat. Enieme returned home, prepared to marry, but was infected again.

The girl had to return to Burlat, where she was cured again. When this story repeated itself for the third time, it was decided that Enieme would stay in the area of the gorge. For the first time she lived in a cave. Then she founded a monastery and became a nun, where she lived for the rest of her life.

The Aven Armand Cave is also very popular with the visitors of the park; after going down into it, one can see almost four hundred stalagmites of different shapes and origin of some of them are more than one million years old.