What to see in a day in Copenhagen

Our trip to Scandinavia we started with the flight Amsterdam – Copenhagen. An hour and a half flight and the plane comes down over the sea bay, in the waters of which there are dozens of wind turbines. The picture is grandiose.

As you know, the Kingdom of Denmark, from which we will take a ferry to Norway the next day, is located in Northern Europe and occupies the Jutland Peninsula along with the nearby islands of Funen and Zealand. Denmark also includes the Faroe Islands and even as far away as Greenland. Two seas – the North Sea and the Baltic Sea – washes the shores of Denmark. The territory of Denmark is basically flat, and the highest point of the country is mountain Iding-Skovhoj (173 meters above sea level).

Having arrived in Copenhagen, we immediately went to get acquainted with the city – the time was, as they say, “in short supply” – just one day! The afternoon today and the first half of the day – tomorrow. Starting from Town Hall Square, we walked to New Harbor, where we took a one-hour cruise on the capital’s canals (7 euros). During this tour a map of the central part of the capital became clear, in which we visited all the main attractions of the city in one day. This list included the statue of the Little Mermaid, the Hephaion Fountain, the Marble and Russian churches, the town hall, the Strøget pedestrian street, the Latin Quarter and the New Harbor.

What do we remember the Danish capital? Its coziness, green parks, picturesque neighborhoods and especially the New Harbor area, which has a lot of bright old houses, located on its banks. And what are the royal palaces, canals, lakes, numerous monuments and amazingly shaped spires, towers, cathedrals and diverse museum spaces. They say in the region of Christiania you could easily buy and try even some light weed, but we somehow did not have time to get there.

Our acquaintance with the Danish capital began at City Hall Square. The town hall building was built in 1894-1905 and in it you can visit the Mr. Ripley Museum and the H. H. Andersen Museum. Admission to the Town Hall itself, although it is staffed by officials, is free. The Town Hall tower is decorated with a precision clock made by clockmaker Jens Olsen (1955) and has an observation deck from which the city is visible. But it takes both time and a small amount of money to climb the tower.

On the last day of June when we were in the city, it was hot in Copenhagen – the temperature reached +26 degrees! Opposite the Rashusha is a hotel and shopping mall building, on the corner of which a large thermometer is built. Its designers did not expect that the thermometer in these parts could rise above +29. But, they say, July 2019 broke all records in these places. And it was even over +30…

Town Hall Square is like a tourist center, in different directions from which excursion routes start. On it there are also a couple of sculptures, which no one passes by. This fountain is one of them. It looks pretty unusual – just do not understand the idea of the sculptor. Some kind of intertwining of bodies of a dragon and a bull. I wonder who will win in this fight. Each of the viewers decides for himself…

Not far from this fountain on the corner of City Hall there is also a monument to the great Danish storyteller Hans H. Andersen. Andersen. Choosing a time when someone is not stroking his knee or sitting on it and taking selfies is very difficult.

Then our path lies along the pedestrian street Vestergade. On it we went to the pier of New Harbor for the canal cruise.

On the way we met a demonstration of some fun-loving hippies. But that’s not the limit! They say there is an annual parade in town called the Zombie Crawl or Zombie Crawl. It happens once a year when the youth of Copenhagen and nearby suburbs on the night before the national holiday of Christ Ascension throw a sort of party, where all the participants dress up and make themselves up as zombies. Zombies are dead people who have risen from the netherworld and come to get even with the living.

The Stork Fountain is a place where people in love or just friends, acquaintances and strangers meet. It is located on Amagertorv Square (place of the former city market), through which runs the longest pedestrian street in Europe, Stroeget. The opening of the Fountain of Storks took place on July 28, 1894 and was timed to coincide with the twenty-fifth anniversary of the marriage of King Frederick VIII and Louise.

Walking from the fountain along the Strøget street to the New Royal Square, on the way we came across an interesting monument to the tallest man in Denmark. And who knows him – or maybe our whole world?

On New King’s Square, near which the famous Guinness World Records Museum is located, we came to a canal called New Harbor (Nyhavn). It’s a dead end and there are one-hour boat cruises from its end (7 euros). This is probably one of the most picturesque places in the Danish capital. The canal is surrounded by houses that create the face of Copenhagen – beautiful and authentic.

20 places to visit in Copenhagen

The Danish capital, as stiff as it may seem, never ceases to amaze you: the combination of tradition and innovation, practicality and ingenuity is not without reason so beloved by tourists from all over the world. Today we will tell you what to see and where to go in Copenhagen so that you will love this city forever.

Undoubtedly one of the most beautiful palaces in Denmark, and also a functioning palace, Amalienborg still serves as the residence of the royal family to this day. The palace consists of four mansions, united around the square of the same name. Two of them – the mansions of Christian VII and Christian VIII – are open for tourists. Here you can see how the royal chambers looked like in 1863-1947, especially since all the furnishings, furniture and household items have been preserved since then. Also interesting will be the changing of the guard ceremony, which takes place on the square in front of the palace.

READ
What to see in and around Petralia, Italy 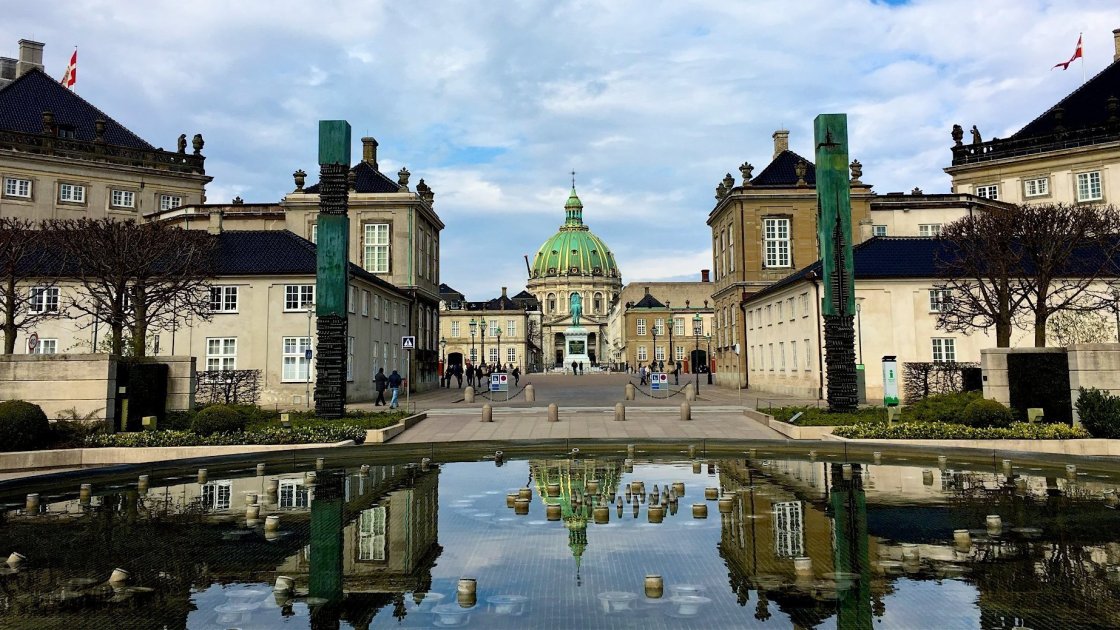 If you want to see the best views of Copenhagen, the Town Hall is the perfect place to do so. At the top of its 105-meter tower there is an observation deck that offers a simply breathtaking view of the city, although you have to climb 300 steps to get there – there is no elevator in the tower. 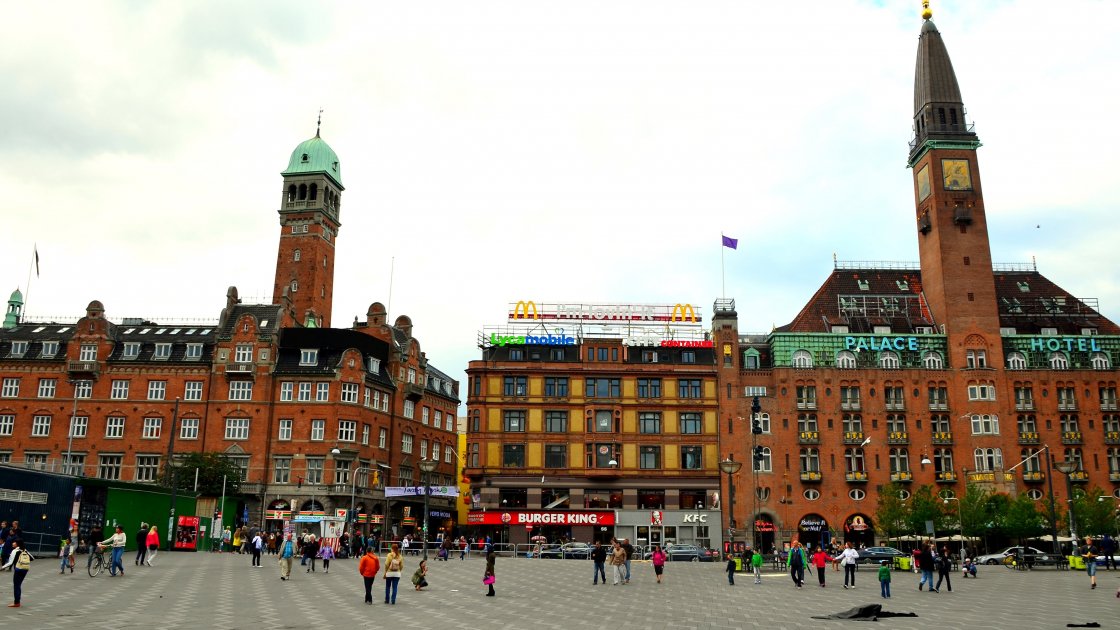 And also in the City Hall there is famous astronomical clock of Jens Olsen which has been working continuously since 1955 and is considered to be the most accurate clock in the world, don’t miss it.

The free city of Christiania is a real state within a state, located in the Christianshavn district of Copenhagen. Tourists are attracted here by a special free atmosphere and unique flavor, unique handmade souvenirs and also – the opportunity to plunge into a world of hippie culture, diametrically opposed to the neat and “proper” Copenhagen. 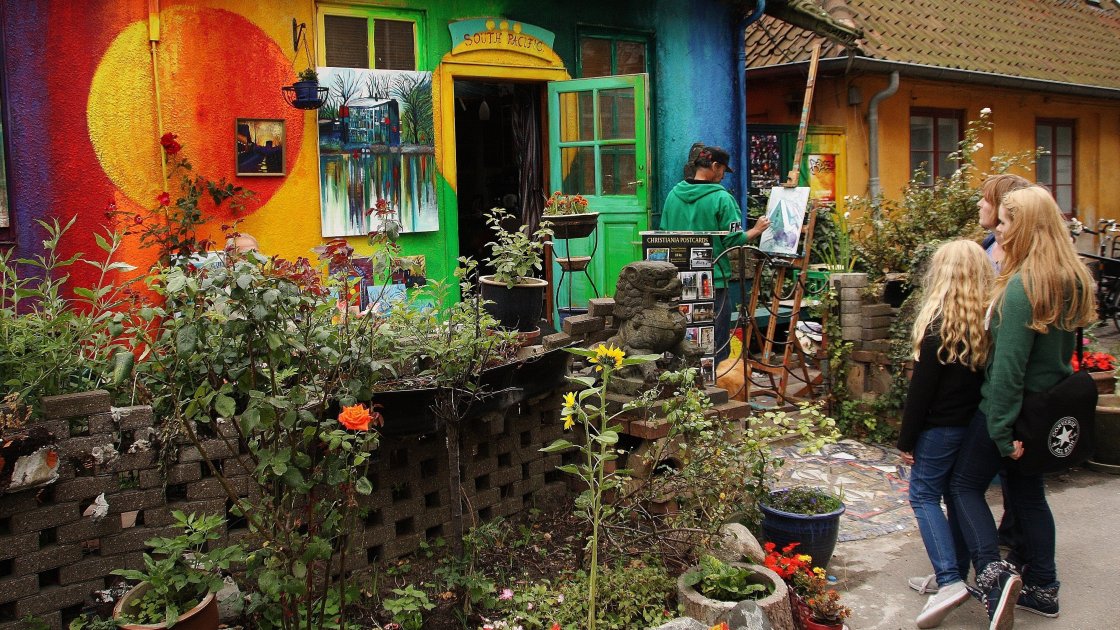 On a side note: photography is allowed in Christiania, but if you want to take a picture of someone’s house, it is better to ask the owners permission.

This museum dedicated to the works of the great storyteller is simply a must on any tourist’s itinerary, especially if you are traveling with children.

Here you will not find dull exhibits or formulaic tours, on the contrary – everything breathes with magic. Dive into the world of your favorite characters or meet Hans Christian himself in the 3D animation gallery or watch video installations of his favorite fairy tales, immersing yourself in them. Or have a good time looking at cartoons, sculptures, goofballs and beautiful pictures that look like they were taken from the books of the great storyteller. 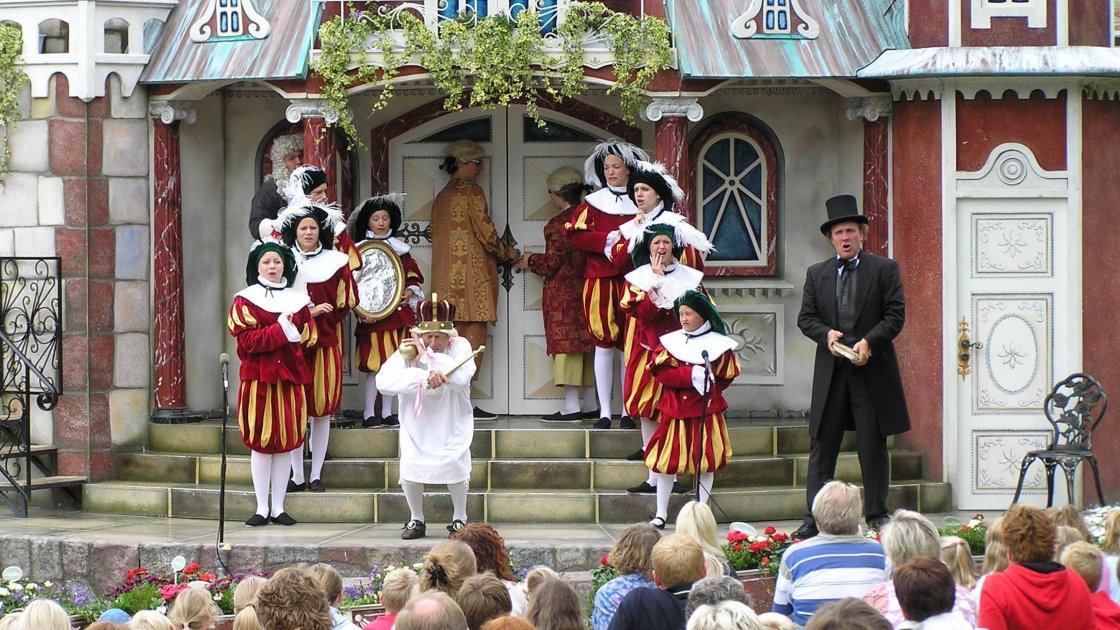 READ
10 things to do in Palma de Mallorca in one day, Spain

Where else could one study the history of the Danish kingdom but here? The rich and varied exposition of the museum tells you about Denmark of the Stone Age, Denmark of the Viking Age, and many other eras as well. Paintings, sculpture, ceramics and an ethnographic collection – there is a lot to see here! 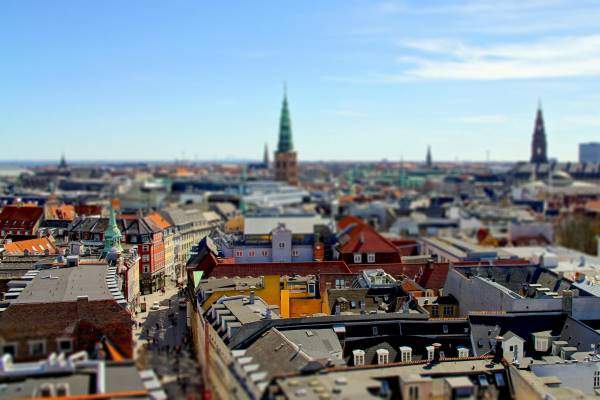 The Glyptothek is one of the biggest art collections in the world, which belonged to the Danish entrepreneur Carl Jacobsen, founder of the famous Carlsberg brand. Today, it contains works of art and artefacts ranging from antique to modern times: paintings, sculptures (Rodin alone is worth about thirty!), Egyptian sarcophagi and much more will leave no one indifferent. 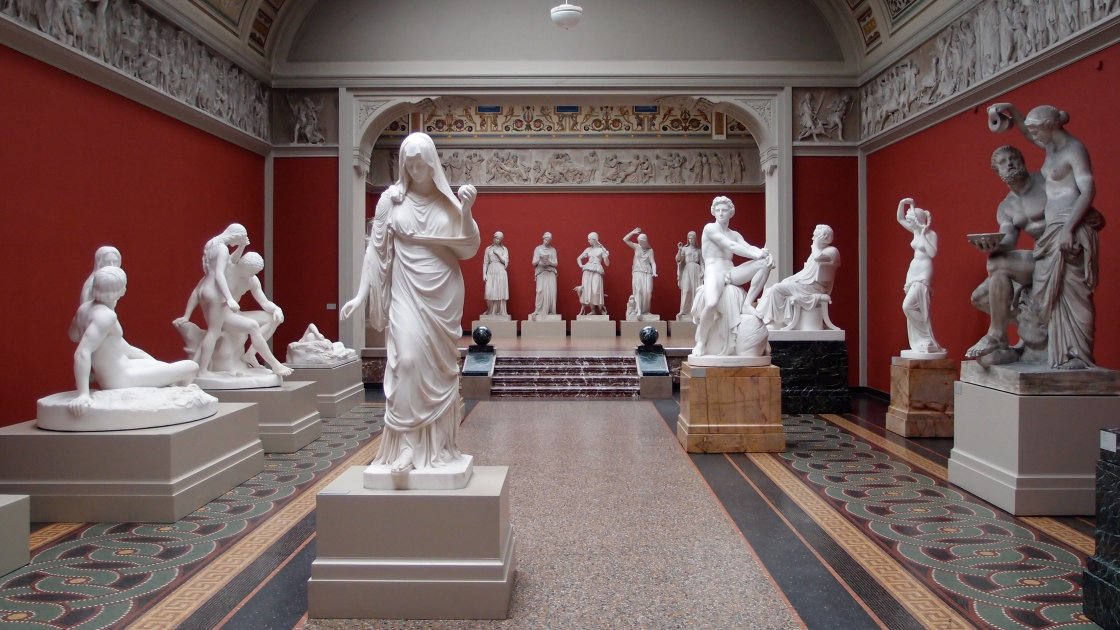 Tivoli Park, one of the oldest parks in Europe, is a holiday island in the midst of busy Copenhagen. Once here, it’s like being in a fairy tale: cosy alleys, old carousels with painted horses, a leisurely Ferris wheel with a wonderful view of the park, music and laughter filling the air – trust me, you won’t want to leave and this is confirmed by only positive feedback from visitors. 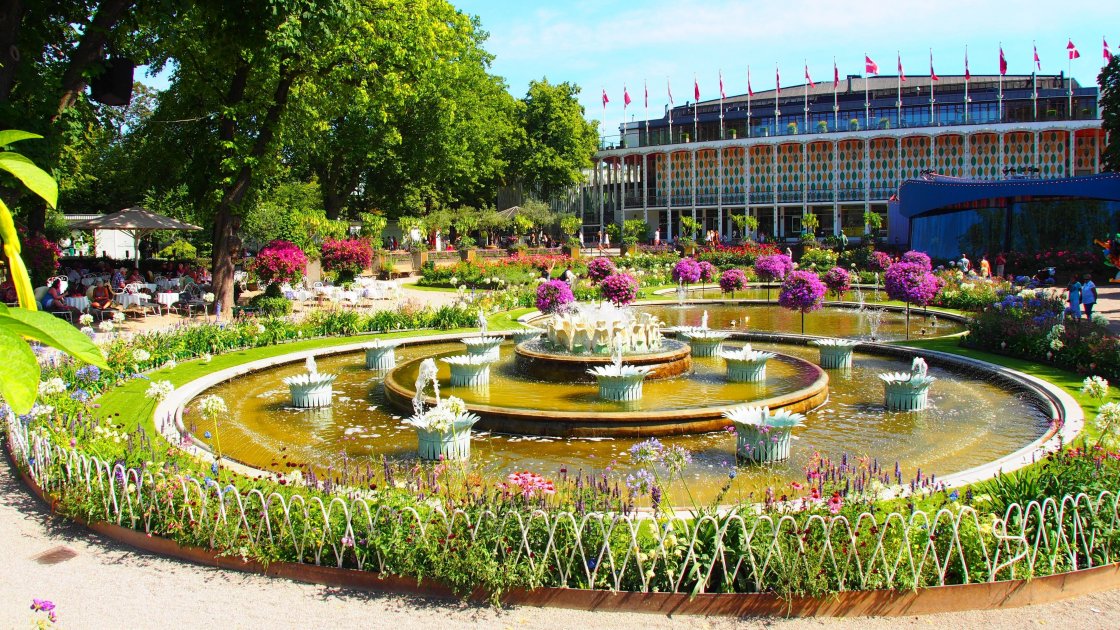 Tip: Tivoli is best experienced at night when the lights go on and the park looks especially beautiful. 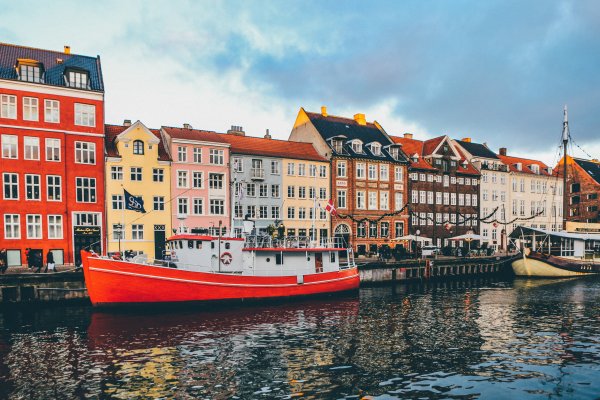