К. Svetlii is situated on the highway of international importance, 30 km from the Ukrainian border (45 km to the town of Bolgrad) and 40 km from the Romanian border (European Union). Two kilometers from the village of Svetly are Chalyk and Samurza villages. The Novy Korten street of Svetly village belongs to Chalyk village, Taraclia district. Chalyk, Taraclia rayon.

The community Svetliy, formerly called Novaya Denevitsa, was founded in 1913 by descendants of the German colonists who emigrated from East Prussia at the beginning of the 19th century and founded their colonies in South-East Bessarabia (Bujak steppe), Akkerman region, Izmail, Bolgrad and Cahul counties with the permission of the Tsarist government. This occurred after the Russian-Turkish war of 1806-1812, and the annexation of Bessarabia to Russia under the Bucharest Peace Treaty on 16 May 1812. At first, emigrants from across the Danube River moved to Bessarabia: Gagauzians, Bulgarians, Greeks, Serbs, and others. But since 1814, Tsar Alexander I allowed to resettle German emigrants from East Prussia and other regions, Germany, whose number reached 26 thousand people by the 1840s. They received 150 thousand hectares of land and founded from 1814 to 1840. 25 colonies. The Imperial government granted special privileges to German colonists: each family was allocated 60 dessiatinas of land for eternal and hereditary use, a loan for household furnishing and building materials for housing construction. In addition, they were exempted from paying taxes and obligations and from serving forever in the army. Germans founded colonies “population” and gave them the same name – where they came from. Thus, in 1834, a new population called “Denevica” was founded in the Artsyz district in Izmail county.

So, almost 100 years later the descendants of the former German colonists, the natives of the settlements founded the “New Denevitsa”, located on the right bank of the Ialpug river, 150 km to the south of the capital of the Republic of Moldova on the Chisinau – Bolgrad highway, 20 km from Taraclia railway station, 35 km to the south of Comrat.

In 1913, the first group of resettlers 21 people each bought 25 to 50 dessiatinas of land from the rich landowners Alfred Shlanger and widow Iulia Sponer, whose lands are located on the right bank of the Ialpug River: from present Chiselia to Balaban. Then in the following years, 1920-1930, other German colonists arrived in Nowa Denevica. The first founders of the village of Denevica were Immanuel Schoettle, Daniel Scheible, Friedrich Heer, Christian Höfel, Georg Schiva, Johann Seitz, Heinrich Müller, Christian Goetz, Johann Weistz, Adam Kolbach.

The Germans built large houses for 2-3 families. The houses were made of burnt brick and covered with red tiles. Today there are two such houses in Svetly. Poor people from the neighboring villages – Kazaklia, Kongaza, Korten, Svetly a, Samurza, etc. – worked for the rich Germans in the fields. By 1940, 42 houses had been built.

READ
Lithuania is a small country with a big history

From the early 60’s to the mid-90’s of the 20th century in Svetly village were built whole neighborhoods of individual houses designed for specialists of the state farm-technical school. In 1969 the three-storeyed building of the secondary school for 960 seats and school workshops were put into operation. In 1982 the 750-seat House of Culture was opened. In 1972 an administrative building of the Village Council, a consumer service center, and a veterinary clinic were built. In 1986 a kindergarten for 200 children was built.

Due to the renaming of the state farm-technical school in 1992 into the Agrarian and Technical College, in subsequent years the state farm ceased to exist. In pursuance of the “Pamint” program, all of the farm’s fixed assets and land were privatized. On the basis of the former farm “Mekagronomiya Plus” LLC was established.

On March 5, 1995 during a national referendum on joining the autonomous territorial unit of Gagauzia, residents of villages Svetlii and Alekseevca voted for joining to ATU Gagauzia. Novy Korten village, once included in the administrative subordination of Svetlii village, remained under the administrative subordination of Taraclia district. It should be mentioned that as a result of the building and development of the settlements the village Svetliy and Novy Korten merged into one village back in the 60s. Over time, the former village Novy Korten, inhabited by ethnic Bulgarians, became one of the streets of Svetly. Svetliy and named after Georgi Dimitrov, but officially the village retained its old name.

With the transition to a market economy after the collapse of the Soviet Union, the village fell into decline. The standard of living declined sharply and emigration increased. The main reason for all this was a prolonged economic crisis, which occurred because of the loss of markets.

Religiously, 95 percent of the residents of Svetly Commune are Orthodox Christians, and the remaining 5 percent are evangelical Christians. In 1991, under the leadership of I. N. Arnaut, an elder of the Evangelical Christian-Baptist religious community, a church was built for Baptist believers. The Orthodox Church of St. Dmitry Solunsky was built in 2007 under the patronage of the Nikolaev family, a resident of Kongaz village.

The community or municipality of Svetlii from the Republic of Moldova is a little over 100 years old. During this time, it has experienced many events – from the founding by German colonists to the transition to Gagauzia .

The history of the appearance of Nova Denevita

In the beginning of XIX c., after annexation of Bessarabia to Russia in 1812, different peoples began to move there.

German settlers from 1814 to 1840 founded 25 colonies. Each family was given land and a loan by the authorities to set up a farm and build a house. They were exempt from paying taxes and from serving in the army.

In 1834 the settlers formed Denevitsa in the Artsyz district. In 1913, Novaya Denevitsa village was founded in the south of Moldova.

In 1940, the entire German population was repatriated under the agreement between the Soviet Union and Germany.

From the German past in the commune remained 2 typical buildings: large houses made of burnt brick with a red tile roof.

Svetlij from the mid-twentieth century.

In 1950 the village was given a new name – Svetliy, and in the following year it became a village.

Until the 1990s the village was a technical college, a school, a culture center, an administrative building, a community center, a veterinary center and a kindergarten.

Since 1995, the village is part of the autonomous Gagauzia.

The main activity of the inhabitants of 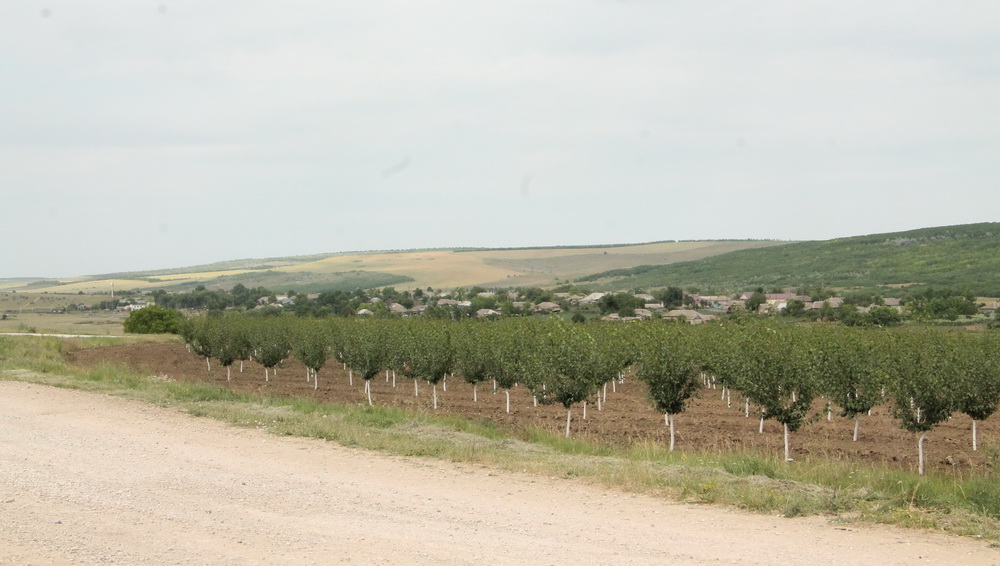 From the very beginning of the village, people have grown grapes, melons, winter crops, sunflowers, flax, hemp, and raised cows and sheep.

In 1944, the state farm “Denevica” was created, which included many residents of neighboring settlements.

Ten years later the farms “Denevitsy” and “Svetly” merged into one state farm.

After the Soviet Union collapsed and the economy became market-based, the village fell into decline. Residents began to leave for the cities.

The Sovkhoz “Svetly” ceased to exist.

In 1992, the organization “Mekagronomiya Plus” was created. 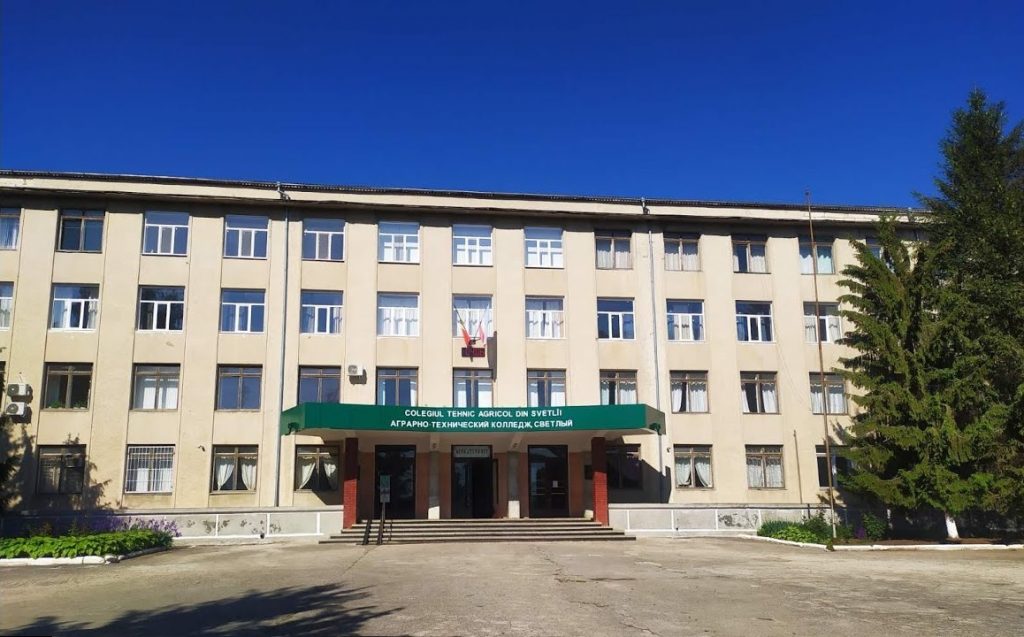 In 1963, an agricultural technical college was created on the basis of the state farm “Chealik”.

Due to its opening and until the 90’s there were changes in the village – there were built houses for specialists.

Since 1992, the educational institution was given another name – “Light Agrarian and Technical College”.

There are 2 comfortable dormitories for students from other settlements, with rooms for meditation, medical center, bathrooms with showers, kitchens. In addition, there is an auxiliary block for laboratory work and 2 workshops. Training and experimental resort with orchards, vineyards, arable land. The college has a tractor maintenance center and a set of diagnostic equipment .

The College is located at: Republic of Moldova, Comrat district, Svetlii, Lenin street, 22. 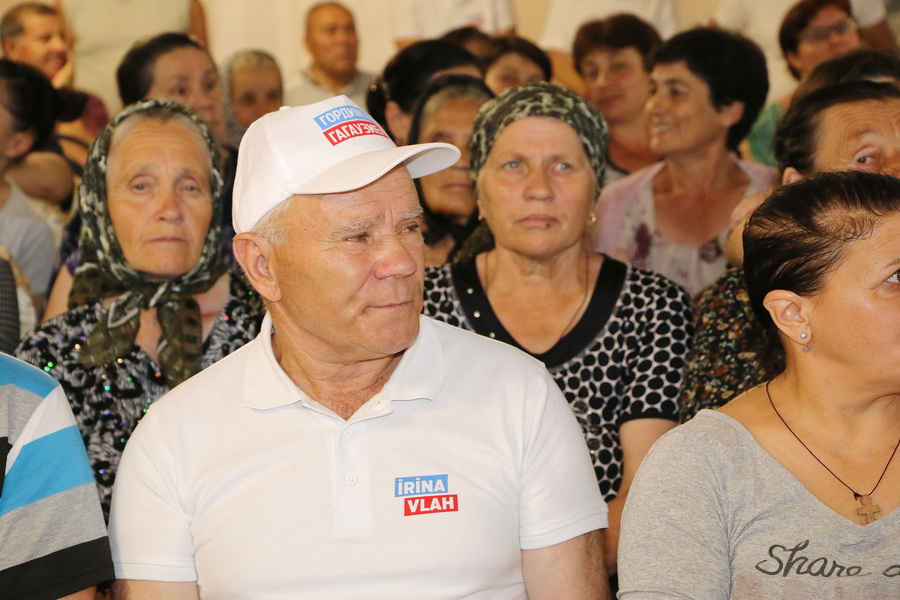 By religion, 95% are Orthodox Christians and 5% are Evangelical Baptist Christians.

Not far from the municipality is the Taraclia Reservoir . 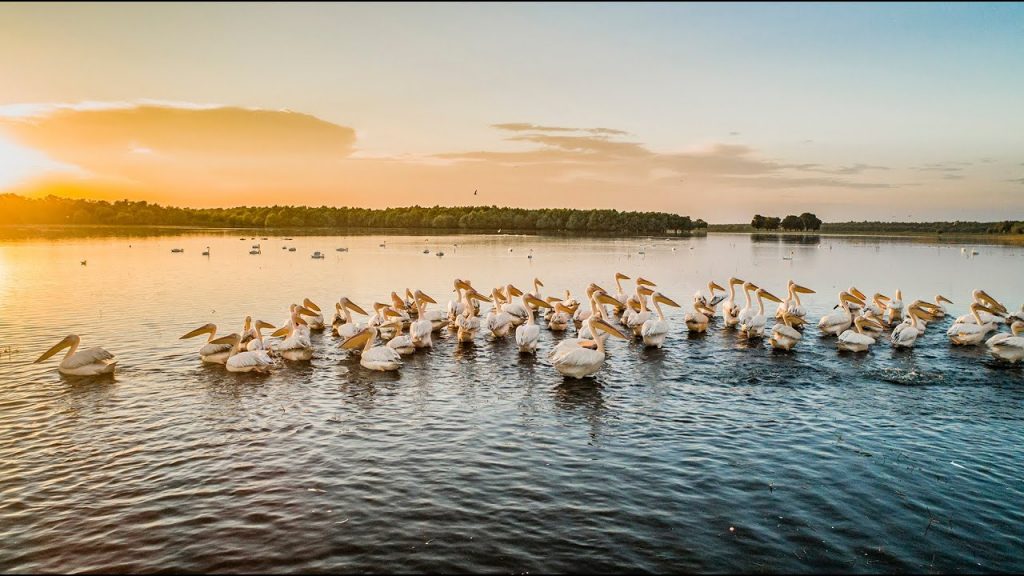 This is an artificial reservoir that was put into operation in 1982 to irrigate the country’s farms. Specialists assess the project as negative, as the lake Yalpug was salinized, and the quality of surface water now refers to class V – very polluted. The reservoir is rented for fish breeding .

There is a small lake Kunduk with colonies of pelicans, swans and ducks.

Not far from the commune is the river Yalpug with sulfate and chloride pollution.

In addition, in the settlement are located:

The Bulgarian and Gagauzian cuisines are widespread.

Features of the Bulgarian cuisine:

Features of the Gagauz cuisine:

Svetlii is located in the southern part of Moldova in Gagauzia .