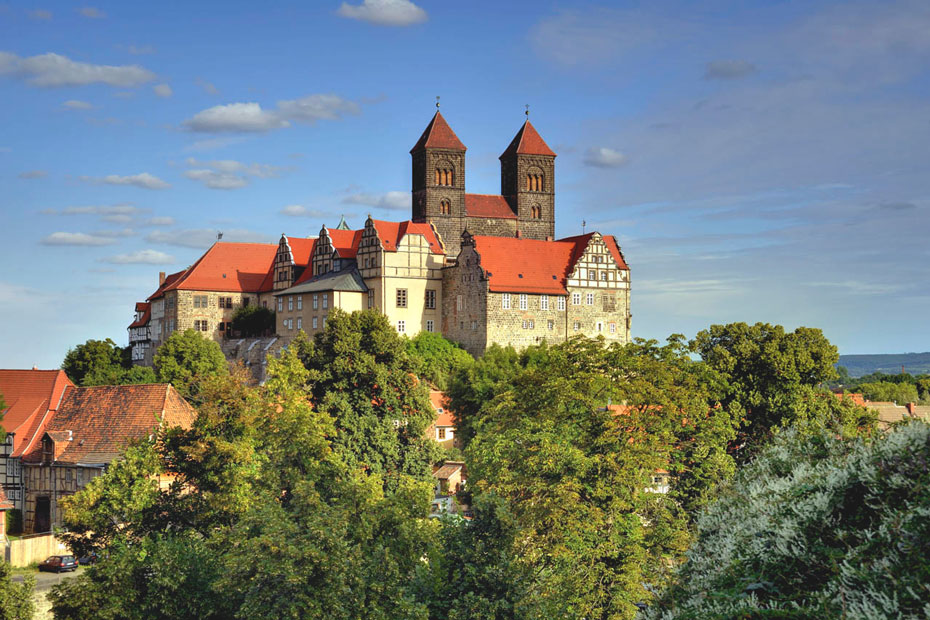 Kollegiate church of St. Servatius, castle mount and a number of half-timbered houses are the main sights in Quedlinburg . The well-preserved historic center makes the city a favorite tourist destination.

In the harsh Middle Ages, harsh builders built harsh buildings out of harsh stone. Such were the harsh times. Castles, churches, palaces, towers, walls, and commoners’ houses were all mostly of stone. In the northern part of Europe, however, stone was scarce, and people had to build with what they had in abundance. As a rule, there was plenty of wood. By all logical deductions we can say that it was used for building. Not all, of course, but a lot. 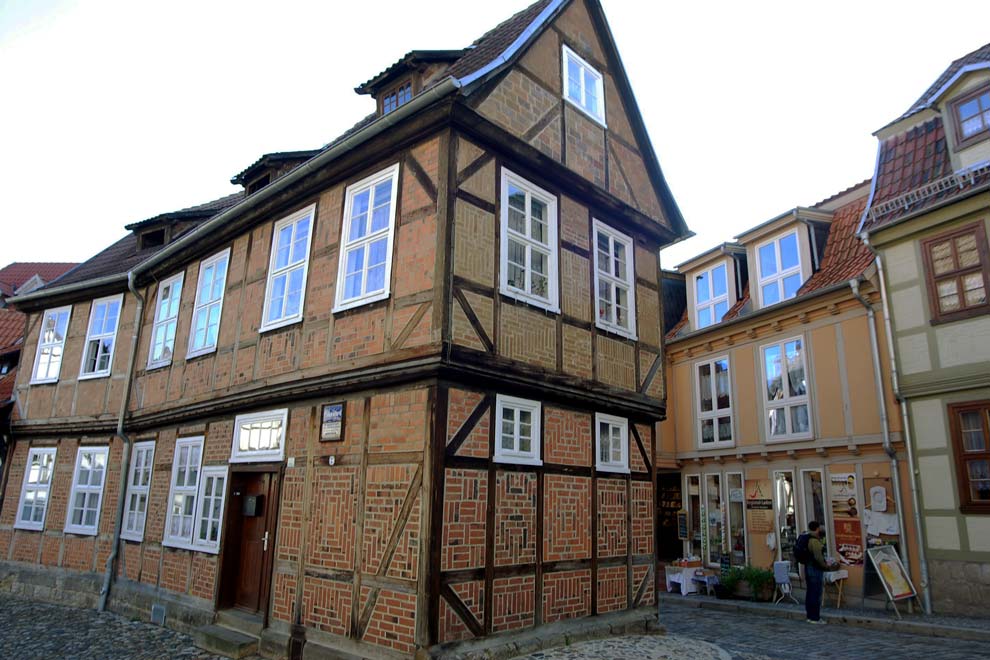 In the area of the XIV century gained popularity method of building a house from a wooden frame – horizontal, vertical and diagonal components (beams, struts and struts respectively – I report for the general development of citizens). “Captain obviousness” is happy to report that the frame is not a log house, which means it is not solid, which means the voids need to be filled, and they were filled. Mostly clay with a variety of additives. Hay, reeds and other wonderful materials were used as reinforcement.

This style is widely popular due to its cheapness and availability. It is called – Fachwerk (Fachwerk), and is widespread, as I mentioned above, in the northern part of Europe. It first appeared in Germany. So we will go there. Namely in the city of Quedlinburg, located in Saxony-Anhalt. It has about 1,300 half-timbered houses, and this is one of the largest surviving clusters of buildings of this architectural style.

The town of Quedlinburg is quite old – first mentioned in 922. It was quite a popular city at the time. It was founded in 936 by Otto I the Great, the founder of the Holy Roman Empire. 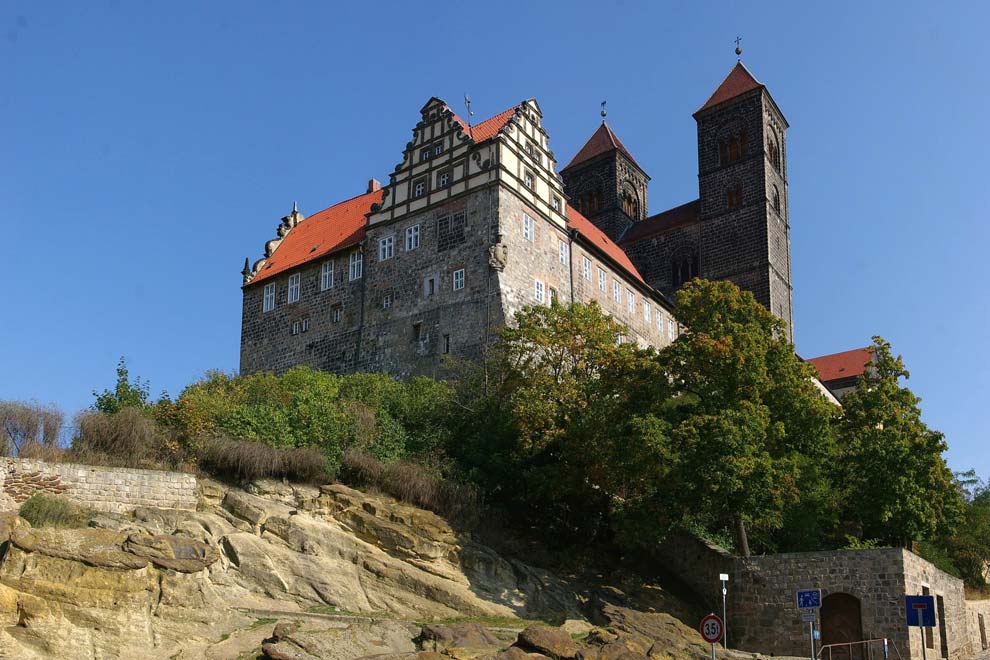 The castle of Quedlinburg Abbey. Germany

The abbey of Quedlinburg was run by abbesses, rather than abbots, which occasionally made the male population of the town nervous. The abbey was (and still is) located on Schlossberg Hill in the southern part of the city, and is in fact a castle. Townspeople from the northern part often made scandals and staged protests and riots. Well did not like the serious and frowning men of the Middle Ages is under pressure from women abbotis. Emancipation of women had not yet been invented, so the psychological barrier existed and irritated.

The collegiate church of St. Servatius, built in 1021 in the Romanesque style, towers above the chateau complex of the abbey. 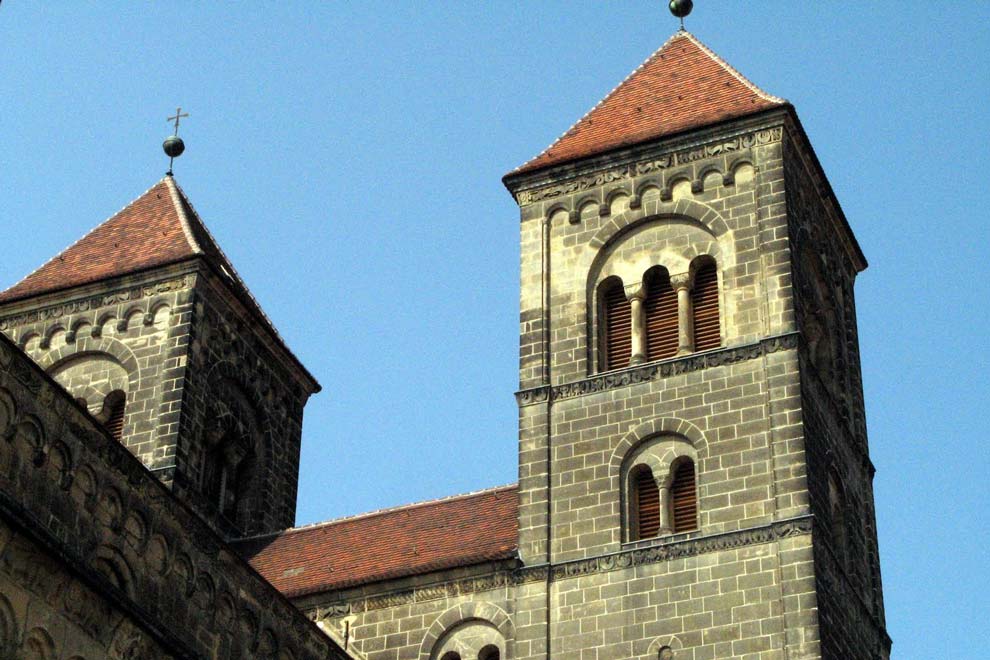 The Treasure House of the Abbey of Quedlinburg, which was pillaged during the Second World War. In 1993 they were able to take back what was looted. How they did it is difficult to say, and there is no point in delving into these intricacies.

In addition to the treasury in the abbey are widely known in narrow circles Chronicle of Quedlinburg. They describe the history of the world from the beginning to 1025. It is hard to say what is the level of truth contained in them, but historians say it is high. We are not historians, so we’ll just believe it.

The Old Town of Quedlinburg

Quedlinburg was popular in the 19th century for its seed production. Nowadays it’s not so popular anymore, but a couple of big seed companies are still around, and they’re doing quite well. But it is not the seeds that attract tourists, but its architecture. 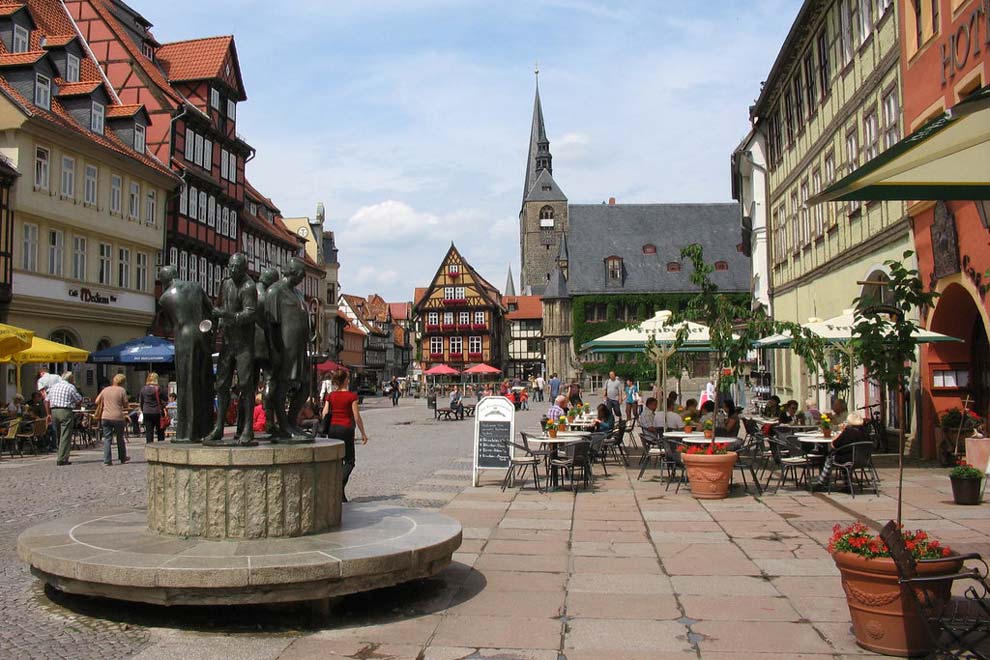 The center of the city is studded with half-timbered houses, almost intact during World War II. That is, in fact, in pristine condition. After the war, the city was in the Eastern part of Germany, where socialism flourished, and it was not in the best way affected the safety of buildings. The socialists were more interested in building new buildings than in keeping the old ones in good condition. They almost demolished everything and didn’t build “masterpieces” in a uniformed fashion, as they gladly did in the Soviet Union. But somehow we were lucky.

READ
Journey to the Equator of Africa

After the reunification of Germany, they said “thank you very much” to the GDR, and began to allocate considerable resources to reconstruct the center of the city. Thanks to this, we can now witness all this luxury. 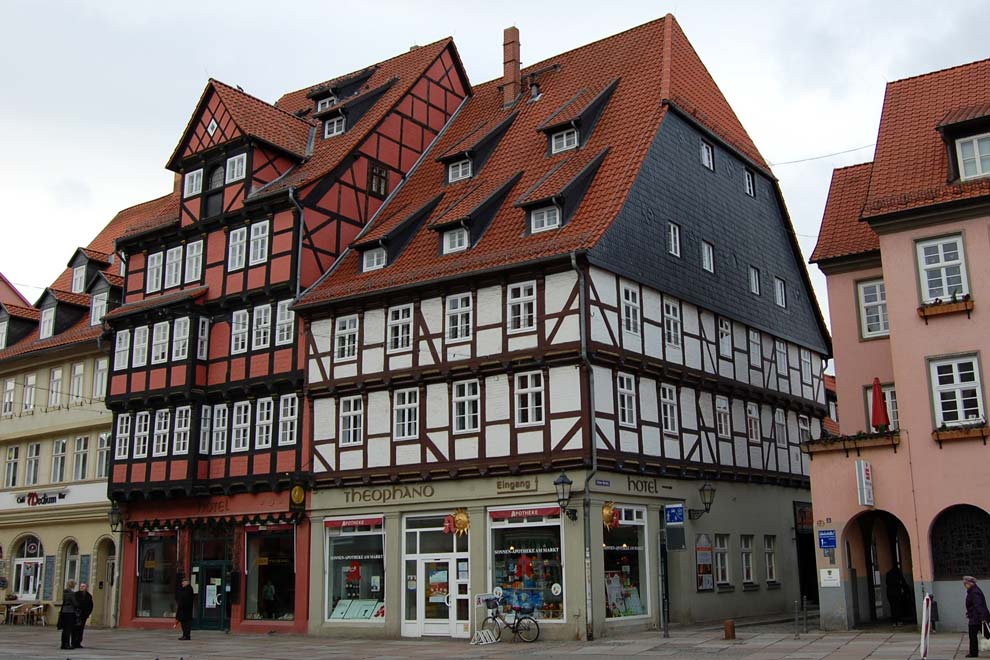 The half-timbered city of Quedlinburg. Germany

The half-timbered city of Quedlinburg is considered the capital of half-timbered buildings for a reason. Here is the oldest half-timbered house, built in the middle of the 14th century. It is located at Wordgasse 3 . 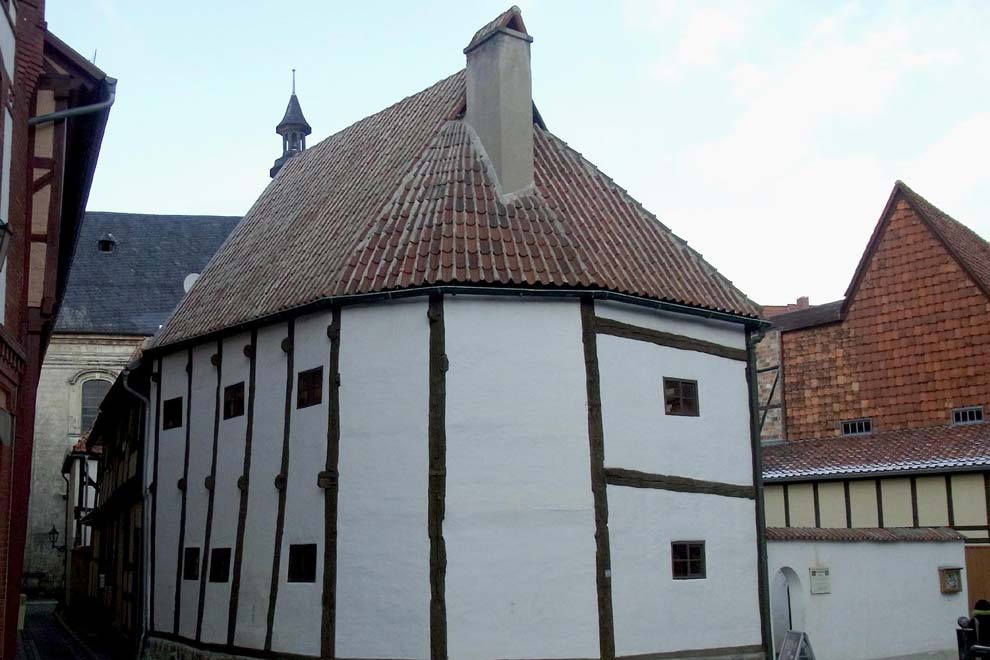 In 1994, the Collegiate Church, Castle and Old Town in Quedlinburg were added to the UNESCO World Heritage List. Anyone wishing to read information about the city in the local language is invited to visit the official website – www.quedlinburg.de .

The Pilgrim Church in Wies (Wieskirche) is a striking representative of the luxurious Rococo interior in Bavaria. A masterpiece.

Augustusburg Palace and Falkenlust Castle in Brühl are outstanding representatives of Rococo style in Germany. Built by.