Nowhere will your heart stop beating like in Paris. The city beckons with its magnificent art, architecture, culture and cuisine. There’s a quieter magic to be explored by all tourists visiting Paris, too. Quaint cobblestone streets, sweet patisseries around the corner and cozy little bistros that beckon with a glass of Beaujolais.

Paris is the best place to be when the feeling of love overflows your heart. The beauty of the city, the incredible food, and the wine exacerbate this feeling. Whether it’s cold or warm, day or night, rainy or sunny, Paris is incredibly romantic and should be shared with someone special.

Paris, the City of Light , is the most visited city in the world. The city is proud of its many monuments. Without a doubt, it is the most charming capital city in Europe. Paris is undoubtedly one of the most fascinating cities on the planet. Known worldwide for its culture, fashion and food, Paris remains an incredible city to travel to. That is why it is the most visited capital city not only in Europe, but all over the world. The city will never let you get bored for a moment as it is full of sights to admire. 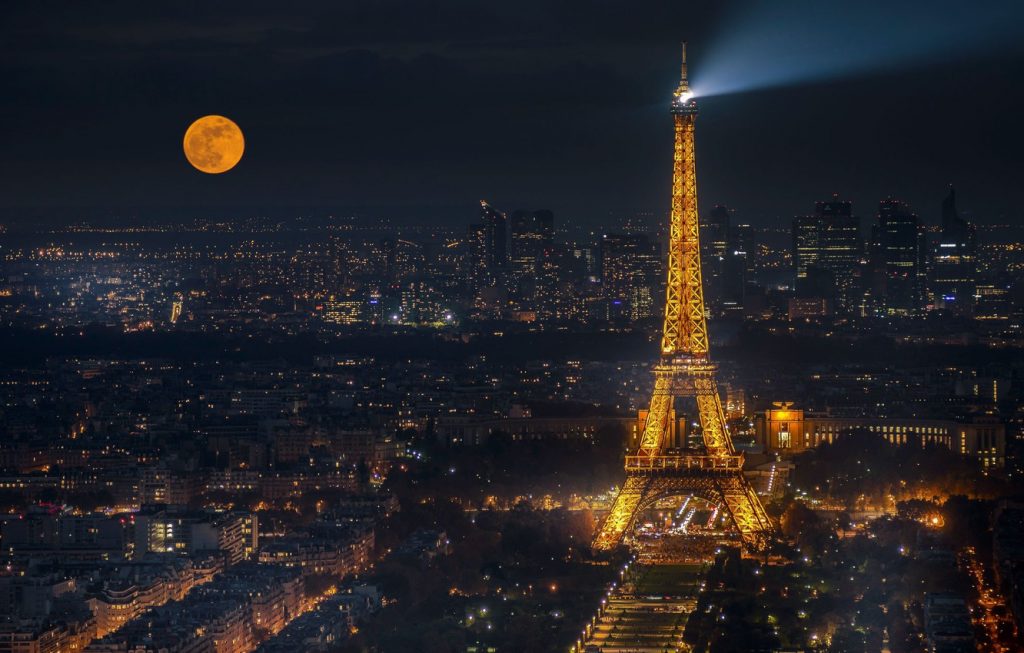 The city was founded by the Celtic tribe Parisius back in the 3rd century AD. It was called Lutetia. In 52 AD, the legion of Julius Caesar took control of the area and gave it another name, Parisia. The era of Roman rule ended in the 5th century BC, when the land was conquered by the Frankish tribes. Paris became the capital of the Kingdom of the Franks in 508.

1.1 The Middle Ages. Paris lost its status as capital in the seventh century and managed to regain it only in the tenth century. Beginning in the eleventh century, control of the city passed to the “water merchants”. Commercial ties developed with the expansion of the river waterways. During the reign of Philip Augustus, a market economy began to develop in Paris, strengthening Paris as a major city. It was the Middle Ages that became a significant period in architecture.

1.2 From the Renaissance to the Revolution. In the seventeenth century, Paris became the site of fierce religious wars and battles. The war between Catholics and Protestants reached its peak in Paris. Here unfolded the bloodiest battle, killing thousands of people. It was in Paris that King Henry IV gave people peace through his decree of religious freedom. For this reason, King Henry IV was murdered by one of the religious zealots. 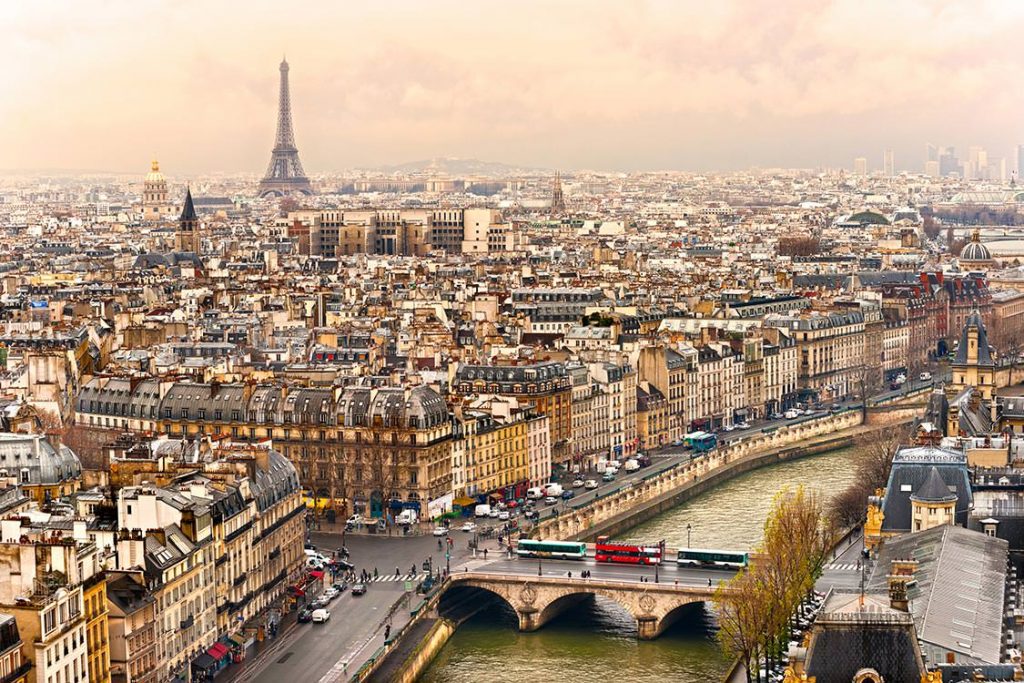 1.3 From the revolution to the present day. Paris has been the scene of many battles and protests, from popular rallies to full-fledged war. All this was observed and experienced by the streets of Paris. However, there was not much destruction. For example, during the capture of the city during World War II, Hitler’s army simply marched through the city without destroying a single architectural monument. In subsequent years, Paris successfully developed, and its image has changed dramatically. Modern buildings and skyscrapers began to appear throughout the city. Infrastructure, culture and tourism developed rapidly. Today, Paris remains one of the most beautiful and charming cities not only in Europe, but also on the planet.

2.1 The Arc de Triomphe. The Arc de Triomphe is a great architectural structure. Its construction was completed in 1806 on the orders of Napoleon I. to honor the victories of his Great Army. Every evening a flame is lit on the tomb of the Unknown Soldier of the Great War. An exhibition, held daily at the arch, depicts the history and explains its symbolic meaning on a national and international level. The terrace overlooks the city and its magnificent broad avenues, both by day and night. 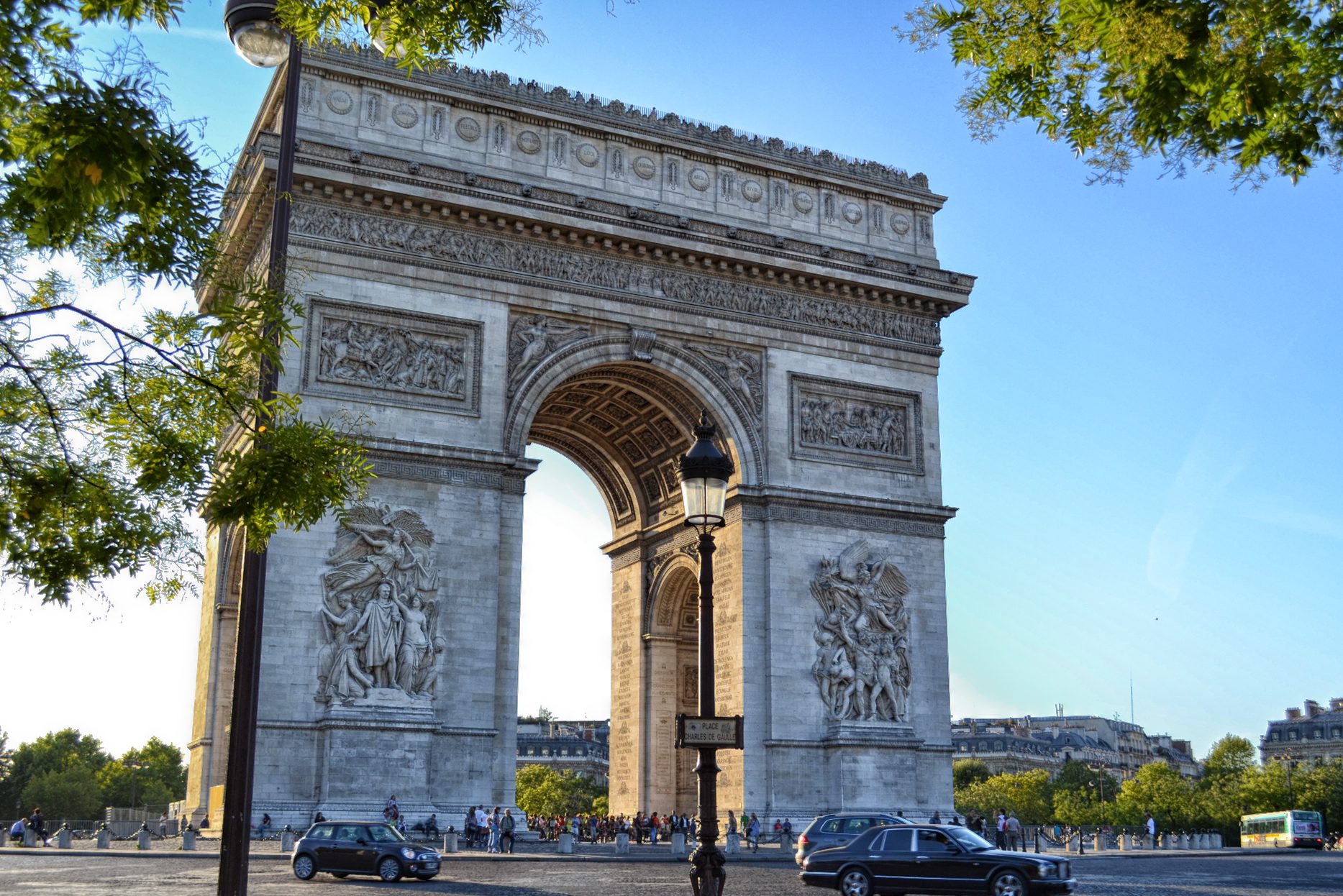 READ
What to see and do in Klaipeda, Lithuania 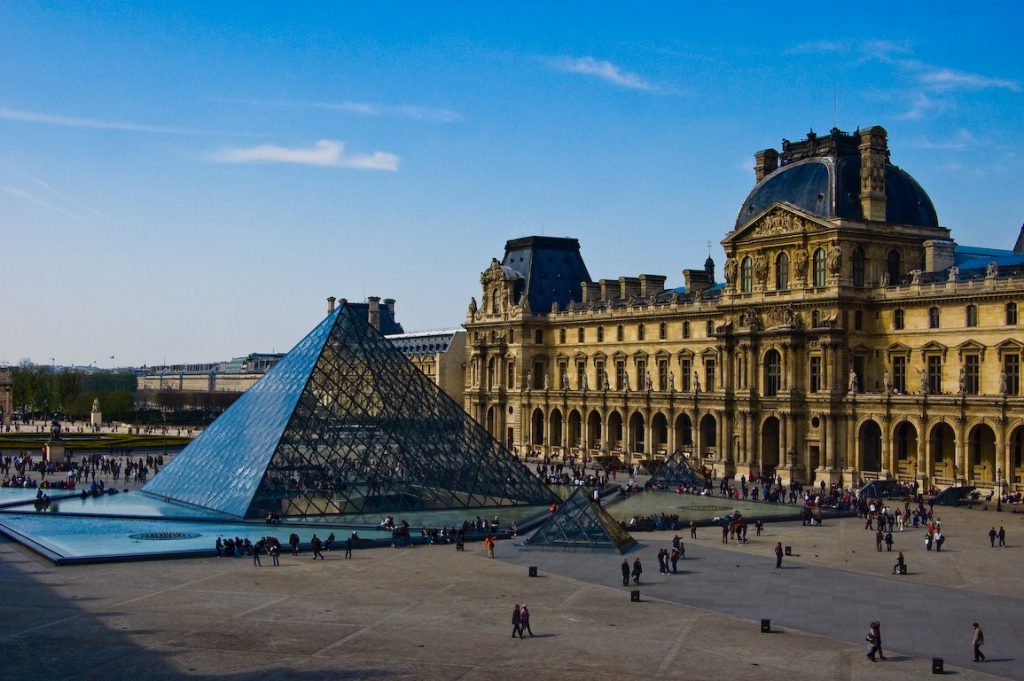 2.3 Notre Dame de Paris. Notre-Dame de Paris, known as one of the most beloved tourist spots in the city, was built more than 850 years ago. Its construction began in 1160 and was completed by 1260. The two towers, sixty-nine meters high, before the Eiffel Tower was erected, were considered practically the skyscrapers of Paris in those years. 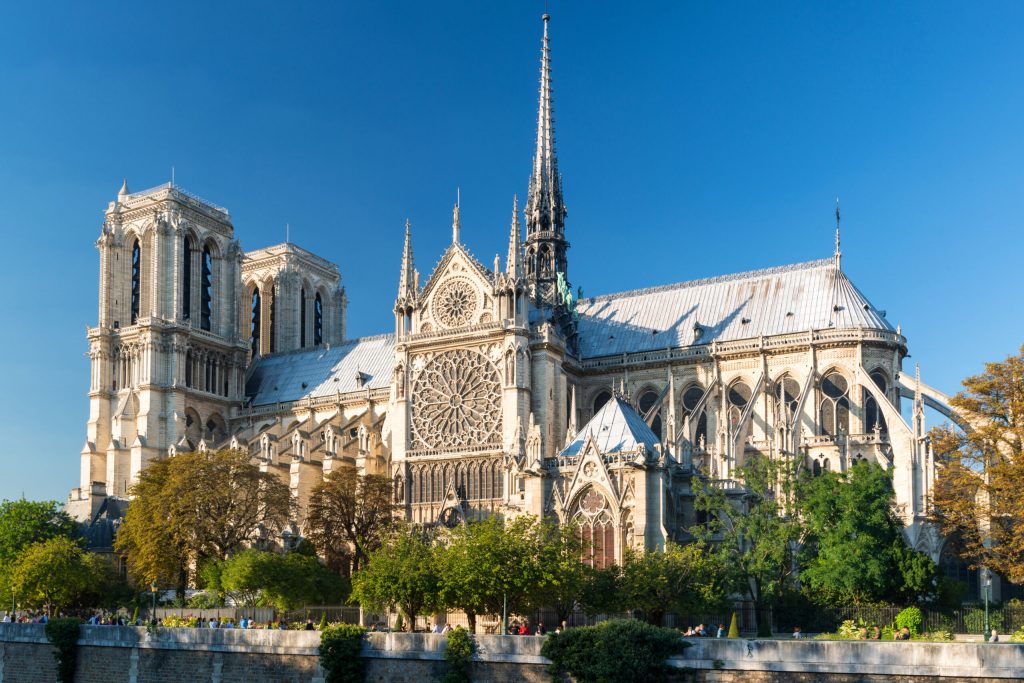 2.4 The most visited place in Paris. The Eiffel Tower is a landmark in Paris, which is an architectural and technological work of art in the history of construction. The history of the origin of this work is very unconventional. The Eiffel Tower was designed by Gustavo Eiffel, the famous bridge builder in France. The tower project was submitted, along with other projects, in a competition to develop the design of the monument on the occasion of the centennial of the revolution. The competition was initiated by the government, and the decision was made collectively. The members of the commission were skeptical about the plan to build a tower about 300 meters high of open type, made entirely of forged metal. But despite all the negative aspects, the plan was nevertheless approved, and the construction began in 1889. 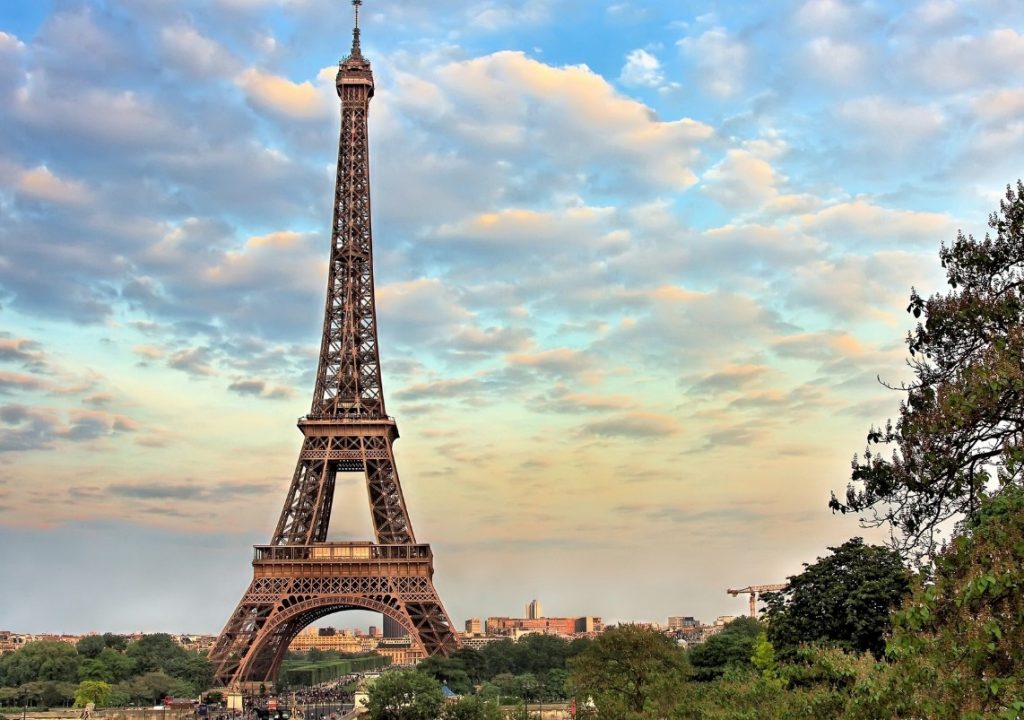 The most popular combination of dishes associated with Paris is undoubtedly wine with cheese and baguette. Everyone who’s been to this city at least once knows the combination. But it is worth noting that the magic of French cuisine does not end there.

French cuisine sounds fancy, but in fact it’s simple. French cuisine involves the use of basic techniques to layer flavors on top of each other and enjoy them in every bite. 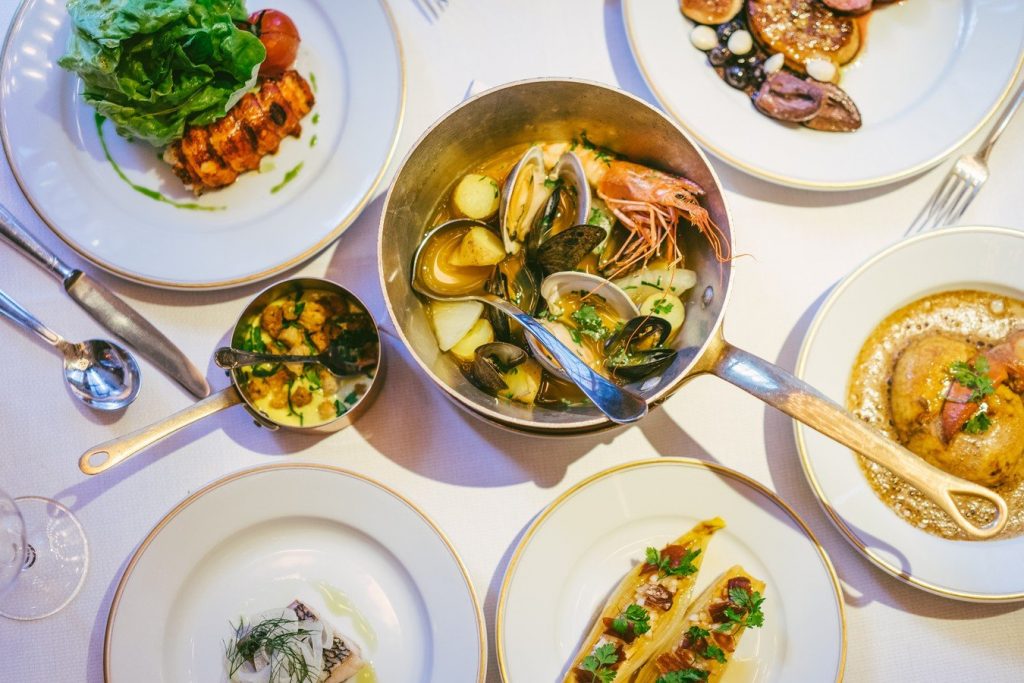 The cuisine varies from region to region, which adds to its great variety. In northwestern France, the main dish is pancakes. They are served with cider. Far Breton, Quig-ha-Farz and Poulet à la Breton are famous dishes of this region.

A very popular dish in the Alsace region is la choucroute, which is made from cabbage and sausage. Other dishes popular in the region are French fries, Knack, Spatel and Presskopf. In fact, the cuisine of Alsace is heavily influenced by Germany and thus dependent on sausages. More than half of French beer is produced in this region.

Visitors to Paris will appreciate the full flavor of French cuisine combined with incredible architectural works of art in a romantic setting. 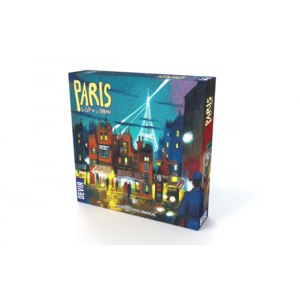 Playing the roles of engineer and architect, building and lighting the streets of Paris with excitement! ★ Gra Roku nominee “Best Couple’s Game 2021”. ★ why is Paris called the city of lights?

I continue to distract myself and my child from their gadgets with GAGA Games board games. Today I want to share my impressions on an unusual board game that was nominated for a Gra Roku Award in the “Best Game for Two” category in 2021: 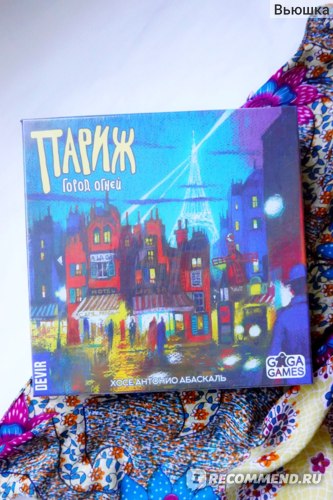 Paris. City of Lights is the most beautiful game among the conflicted and the most conflicted among the beautiful. It is an abstract duel strategy game that has immediately won the hearts of thousands of players worldwide and is firmly entrenched in the top 30 best abstract games according to BoardGameGeek. Simple rules, an elegant combination of mechanics and a design full of French aesthetics – this game will not leave anyone indifferent!

Where to buy: GAGA

Also in stores and on marketplaces. 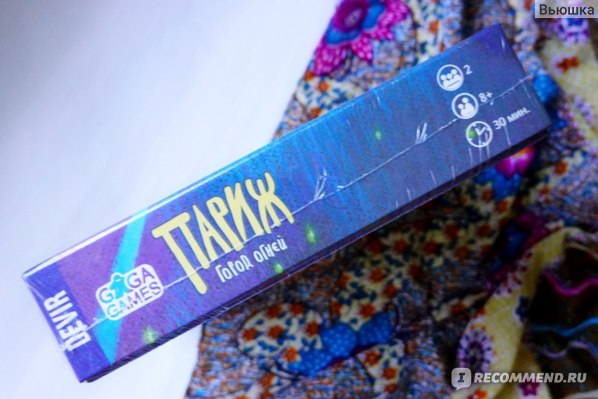 To control the first opening, the box with the game sealed in transparent cellophane. 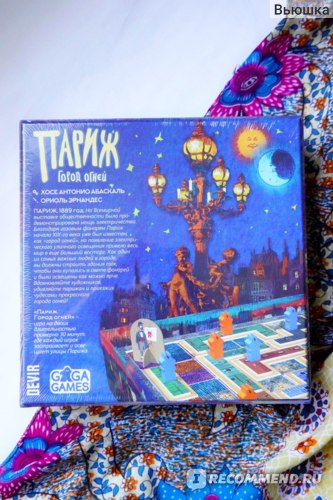 Colorful box is made of very dense cardboard, so it will not get closed and tear quickly. 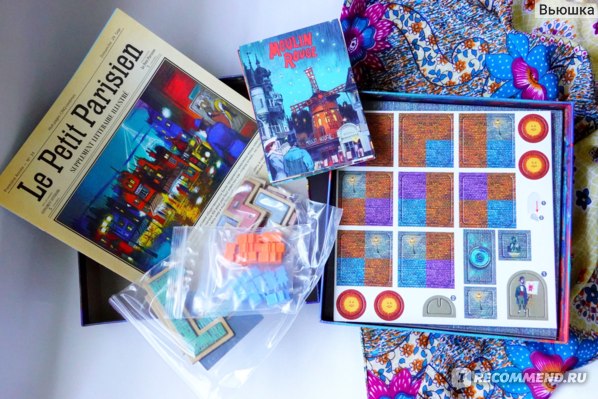 There are two versions of how the capital of France got its name. The first one is that Paris was the first city in Europe that started to light up the streets at night with gas lanterns. The second – since 1889, the city streets were first illuminated by electricity.

READ
Ecuador - discover a country in both hemispheres 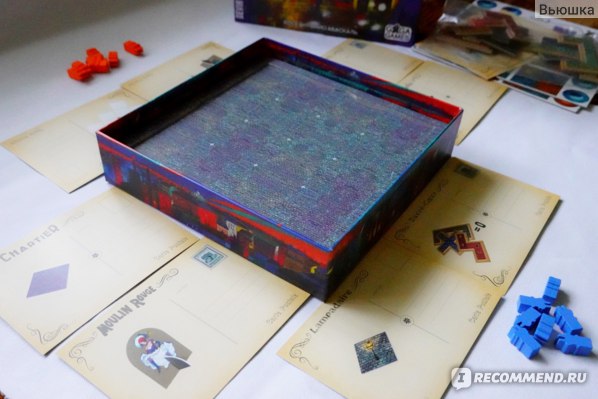 Before each round we prepare the playing field and place around it any 8 action cards and special components that are indicated on these cards. Buildings puzzles are stacked in a separate general stack available to each player. 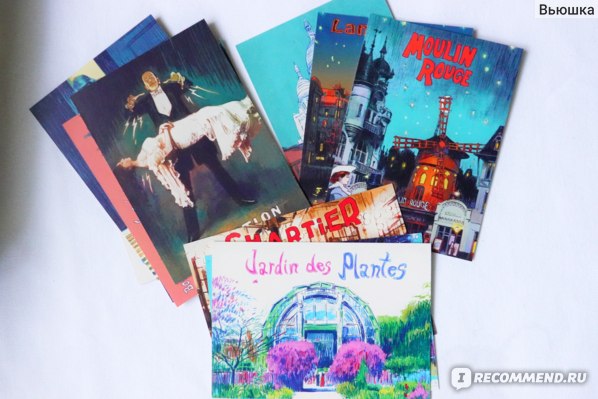 Colorful postcards with a unique French charm and aesthetic especially appealed to my daughter and me. The subject of each card introduces the iconic sights of Paris (Fountain of the Seas, Moulin Rouge, Garden of Plants, etc.). 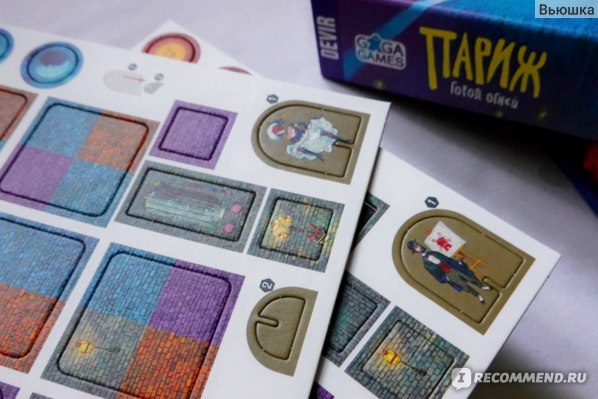 The building material (sidewalk tiles, buildings, chimneys, etc.) is made of thick cardboard, this will definitely stand up to quite a few rounds). Each element is neatly perforated, effortlessly separates from the total cloth.

Players score 8 sidewalk tiles, 7 chimneys, and 4 action tokens according to their color of choice (orange or blue).

Each sidewalk tile/puzzle is colored in sectors of three different colors: player colors orange and blue, and purple, which is considered common.

The players’ puzzles are shuffled and stacked neatly, cover down. Players take turns taking the top puzzle from their pile, while not showing it to their opponent and thinking through its most promising placement on the playing field.

In the first phase, the task is to build a sidewalk and “stake out” buildings from the general stockpile. In the second stage, construct the selected buildings and perform the actions indicated on the action cards.

After completing the second stage, players tally their points and determine the winner. The winner is the one who places their buildings in such a way that they are illuminated by as many street lamps as possible.

The first game starts with the one who was the last to turn on the lights in the room))). And in subsequent rounds, the one who lost in the last round. 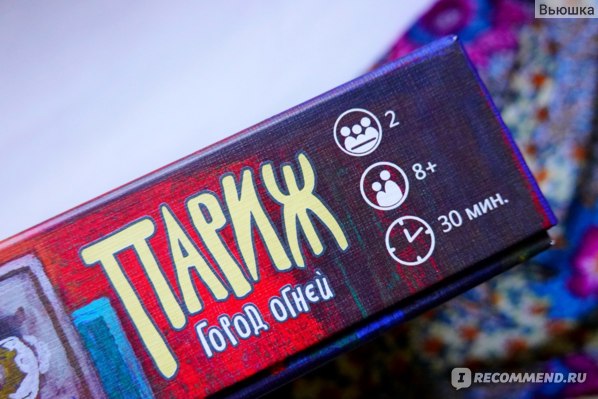 I am especially pleased that these games fascinate my daughter and she spends much less time on her smartphone. As long as she has company to play with! I’m getting less attention to her now because of the pressure of work. But, the little hoss is not lost and finds someone to play with . Building and lighting the Parisian streets, she taught not only her friends, but even one of our grandmothers)). Each round is dynamic and unlike the previous ones, so play this board game they do not get bored. Imperceptibly through the game children broaden their horizons and become familiar with the iconic signs of Paris. Try on a profession as an engineer and architect, develop spatial thinking and logic, learning to think through their every move.