The longest and narrowest country in the world? What is its length and maximum width?

Chile is the longest, narrowest, and southernmost country on the planet (900 km from Antarctica) .

One Chilean legend says: “Once upon a time a god created wonders on the planet. When he had finished, he discovered that there were still many objects left behind: rivers, valleys, lakes, glaciers, deserts, mountains, forests, meadows and hills, which simply had no place on earth. But before he threw them away, he took them all together and tossed them into the remotest corner of the planet. Thus Chile was born.”

The narrow strip of Chile has been described by writer Benjamin Subercaseu as an exaggerated “geographical madness” .

CHILE stretches 4,300 km from the northern border to the southern edge of the Strait of Magellan, while its maximum width is only 200 km and its minimum is 80 km.

It is bounded by the Pacific Ocean to the west, Argentina to the east, Peru to the north and Bolivia to the northeast.

Chile is the southernmost country in the world, located just 900 km from Antarctica. At the same time, the unusually large length of the country allows it to possess almost all the climatic zones that exist on the planet. From snow-covered volcanoes to deep canyon rivers, from the Great North, home to the driest place on earth, the Atacama Desert, to, conversely, stormy and snowy Patagonia.

Although the country rarely reaches 200 km in width, it is also amazing because its inherent sharp rise in altitude from west to east from 0 to 6000 m above sea level creates a particularly wide range of landscapes, and the rugged Chilean coastline is rich with beaches and bays.

Interestingly, the main population of the longest country – lives on a narrow strip measuring only 1,000 kilometers long and 80 kilometers wide. The rest of Chile is less suitable for comfortable living.

Chile. I’ll look for more in a moment.

Geography A state in the southwestern part of South America. The territory of Chile is a narrow strip of coastline along the Pacific Ocean (the country is about 4329 km. long, about 170 km. wide). The country borders Peru in the north, Bolivia in the northeast, Argentina in the east, and is separated from Antarctica by the Drake Passage in the south.

It includes the islands of Easter (Rapa Nui, 3700 km to the west of the country), Juan Fernandez (700 km to the west), a large archipelago and part of Tierra del Fuego in the south, and many smaller islands (San Ambrocio, San Felix, Diego Ramirez, Sala y Gomez, the Chonos Archipelago and others. The total area of the country is 756.9 thousand sq. km.

Chile is the longest and narrowest country in the world. The Republic of Chile is a state in the southwest of South America. It borders Argentina, Bolivia and Peru. The country stretches along the Pacific Ocean coast for 4,300 km, mostly occupied by the Andes mountain ranges (the Main Cordillera and the Coastal Cordillera) with the Long Valley, the country’s main economic area, in between them. The width of the country varies from 15 to 355 km (about 180 km on average). The height of the Andes reaches 6880 m. Many volcanoes. Frequent earthquakes.

Chile, Republic of Chile (Republica de Chile), state in southwestern South America. Area is 756.9 thousand km2. Population 15824.0 thousand (2004), about 90% of them Chilean. The urban population is 85% (1992). The official language is Spanish. Most of the believers are Catholics. Administrative-territorial division: 13 regions (including 1 metropolitan region). The capital is Santiago. The head of state is the president. The supreme legislative body is the bicameral National Congress (the Senate and the Chamber of Deputies). The territory of Chile stretches along the Pacific coast for 4300 km and is mostly occupied by the Andes mountain ranges (up to 6880 m high) with the Predolvalley between them which is the main economic region of the country. Many volcanoes; earthquakes are frequent. Climate is from tropical desert (average monthly temperature 12 to 22 °С, precipitation 50 mm a year) in the north to temperate oceanic in the south (temperature 3 to 14 °С, precipitation 2500-7000 mm a year). In the north – the Atacama desert, in Middle Chile – subtropical vegetation (evergreen shrubs and forests), in the south valleys and mountain slopes are covered with dense beech and coniferous forests. National parks – Villarrica, Alberto Agostini, Bernardo O’Higgins, etc.. (including on the Easter Islands and Juan Fernandez).

READ
What is Museum Island?

In ancient times, the territory of Chile was inhabited by Indians, and in the 16th century it was conquered by the Spaniards. The struggle against Spanish colonial oppression ended in 1818 during the War of Independence of the Spanish Colonies in the Americas in 1810-26 with the proclamation of Chile’s Independence. In 1865-66, Chile fought in alliance with Peru, Ecuador, and Bolivia against Spain; in 1879-84, with British support, against Peru and Bolivia (Pacific War) ; as a result of that war, Chile gained territory rich in saltpeter deposits. In 1947-58, a dictatorial regime was in power. In 1956, the Communist Party of Chile (founded in 1922) and the Socialist Party (founded in 1933) formed the Popular Action Front. In 1970 Socialist S. Allende became the President of the country from the Unity bloc (established in 1969). During the military coup of 1973, Allende was killed, and the military junta led by A. Pinochet came to power. As a result of democratic elections in March 1990, a civilian government was elected. In 2006, Michelle Bachelet, a woman representing the left-wing forces, was elected president for the first time. Chile is one of the most economically developed countries in Latin America. Its GDP per capita is 12,700 (2006). Share of GDP (1995, %): Agriculture 8, industry 38 (including mining 8). Chile is one of the leading capitalist countries of the world in copper, nitrate, and molybdenum mined (1918 thousand tons in 1992). It also produces iron ore, gold, silver, zinc, oil and natural gas, and coal. Power generation 29.9 billion kWh (1995). Most developed food and light industry; developing mechanical engineering, ferrous and nonferrous metallurgy, chemical, oil refining and petrochemical, pulp and paper and other industries. The basis of agriculture is plant growing (wheat, barley, legumes, corn, potatoes). Fruit growing and viticulture; oilseeds, sugar beets, hemp, tobacco. Pastoralism. Fishing (catch 7.8 million metric tons in 1994) and catching oysters, crabs, lobsters. Logging. Total length (1993, thousand km) of railroads – 6.6 km, roads – 79.7 km. Major ports are Uasco, Valparaiso, and Tocopilla. Exports copper (over 1/2 the value), iron ore, saltpeter, iodine, paper, agricultural products, fishmeal. Main foreign trade partners: USA, Japan, Germany, Brazil. Currency is Chilean peso. 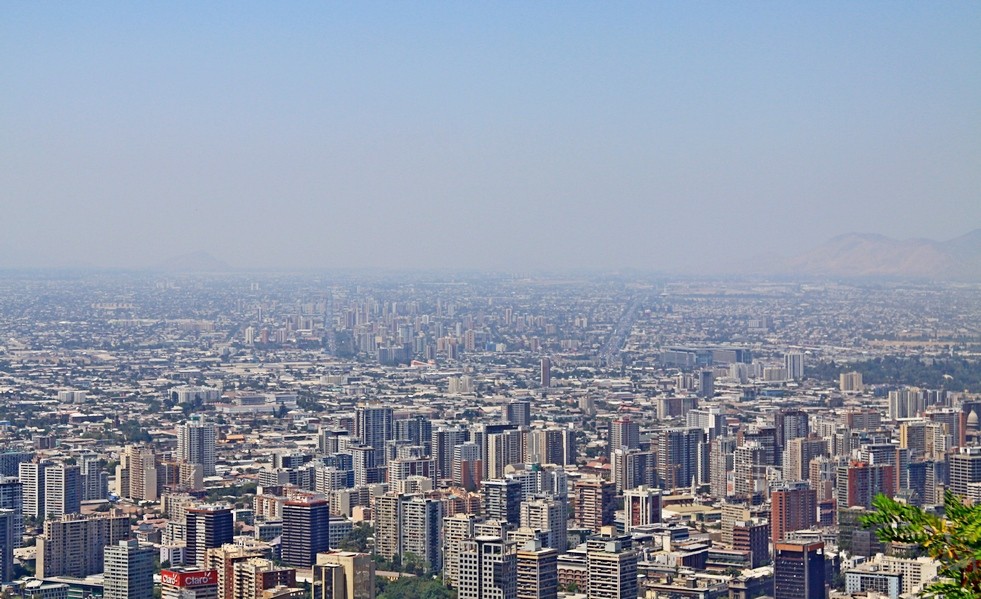 Chile is a state in the southwest of South America, occupying a long strip of land stretching 4,630 km from north to south and 430 km from west to east between the Pacific Ocean and the Andes. It has outlets to both the Pacific and Atlantic Oceans. When talking about Chile, the word “most” is often used. For example, the bordering Andes Mountain System is the longest (9,000 km) and one of the highest (6,962 m) mountain systems on Earth. And the unique Easter Island is one of the most remote from the mainland inhabited islands in the world. By the way, the island got its name from the fact that it was discovered on Easter Sunday, 1722 by Dutch explorer Jacob Roggeven. Chile is also notorious archipelago of islands in the extreme south of South America, which includes about 40 thousand islands collectively named Tierra del Fuego.

All in all, a country of boundless travel opportunities. And doubly pleased that Russian citizens do not need a visa to Chile! However travelers should keep in mind that like in the case of Australia, it is prohibited to bring into Chile wood products, any fresh fruits and vegetables, meat and fish, milk and its derivatives, mushrooms, wild plants, their seeds, honey, cereals, animal feed, as well as any products based on them, without confirmation of factory origin. So it’s better to check your luggage for the above mentioned items beforehand, so as not to start your journey with an unpleasant communication with the customs officers and the corresponding fine. 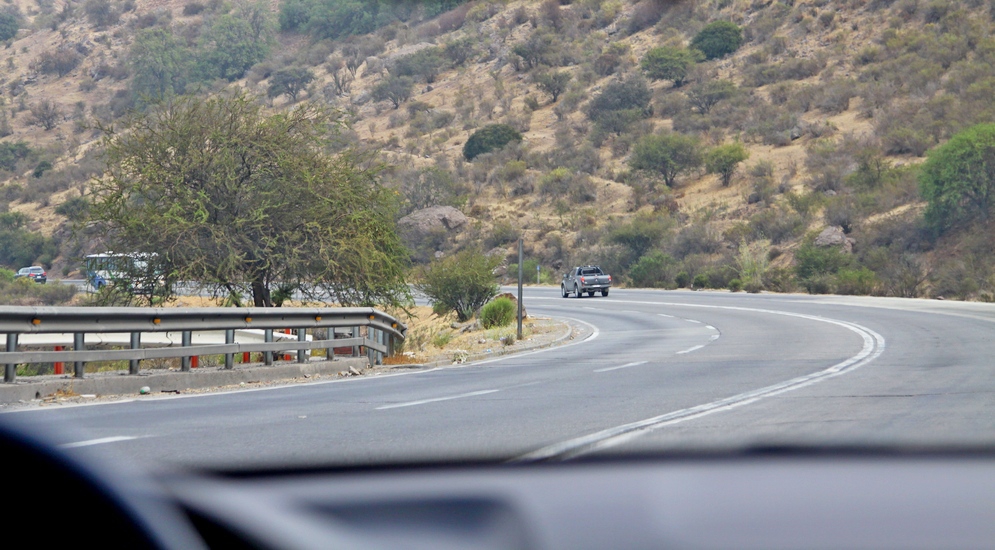 We went to Chile because of … Dakar!

The world famous rally-marathon has been taking place not on the African continent, but on the South American continent for several years already. And its route is traditionally held on the territory of this country. In the year of our trip Dakar started in Mar del Plata (Argentina), went to Chile and finished in Lima (Peru). So we got to Chile from Argentina, too.

The border between the two countries is remarkable for the monument to Christ the Redeemer, which was erected on March 13, 1904 on the Bermejo Pass in the Andes, just on the line of their contact. The unveiling of the monument marked a celebration of the peaceful resolution of the conflict over the border dispute between the two countries, which were on the brink of war. 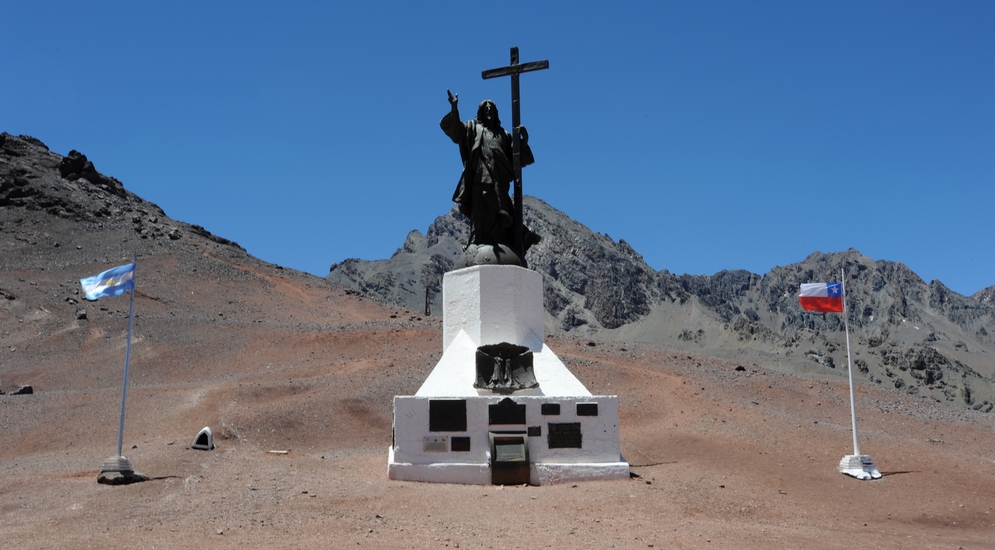 We arrived in Santiago by the usual shuttle bus that locals use to travel from one country to another.

The city was named after the Apostle Saint James, the patron saint of Spain, Santiago. Its full name was originally Santiago del Nuevo Extremo, or “Santiago of the New World. The history of the city begins on February 12, 1541, when the Spanish conquistador Pedro de Valdivia arrived from Peru and founded a new settlement at the foot of Santa Lucia hill. From 1541 until its independence in 1818, Santiago was part of the Viceroyalty of Peru, which in turn was part of the Kingdom of Spain. In 1808, after Napoleon’s conquest of Spain, the metropolis’ control over the colonies weakened and the independence movement began in Chile. After the country’s declaration of independence on February 12, 1818, Santiago was declared the capital of the independent republic of Chile.