Pingyao is a city in China with preserved medieval buildings and an intact city wall and is the capital of Shanxi Province. Its position on the banks of the Yellow River made it one of the most important trade centers in the region. Pingyao is a wonderful city and worth a visit to get an idea of what traditional Chinese cities looked like in the past.

Save on a trip to Pingyao!

In 1997, ancient Pingyao was listed as a UNESCO World Heritage Site. It is a small town with wide streets, best known for its Ming Dynasty buildings and its almost intact city wall. A walk through the city allows you to get acquainted with the housing of a variety of social strata, from imposing mansions to the shacks of the poor. The typical style of housing in the city is a courtyard surrounded by buildings on four sides. Some are simple single buildings, others are a chain of connected structures. The buildings were erected of wood and painted gray, while those that are tiled are usually characterized by intricate wood carvings around door and window openings, as well as symbolic sculptures. Tiles depicting animals on the roof and in the basement of rich houses are considered typical home decorations.

If you approach Pingyao from the north, you can see the best side of the 6.4 km long and 10 m high crenellated city wall, an original structure from 1370 – at a time when the residents feared the Mongols, who had just been expelled from China. The city moat has also largely survived or was reconstructed in recent times. As was the case 600 years ago, one can enter the city through one of six gates – two each to the east and west, as well as to the north and south. Those coming from Taiyuan enter the Old City through the northern or northwestern gate.

Pingyao still consists in large part of the Old City; the suburbs are small. The city wall forms an irregular square, and most of the streets in the interior run roughly parallel to the walls. Only one street runs in a straight line for 1.6 kilometers through the whole city: from the northwestern gate to the north-eastern gate Ts’nhangming leads an axis made up of Xi Dajie and Dong Dajie Streets.

The shape of the city

There are 3,800 ancient dwellings, including 400 of special historical value; some dating back to the time of the Mongols. More than a dozen other structures are added here, including temples of the folk religion, which elsewhere were closed down shortly after 1949 and subsequently demolished. Pingyao is already in the area of cave buildings: since building wood is expensive, it is a pleasure to build here in clay and stones, and thus imitates a clay cave with a cylindrical vault. There are strict architectural standards in the city: new buildings are built according to the ancient construction technologies, stores entice you not with neon advertisements, but with flags. The city is decorated especially for tourists, but it has not turned into a museum and is not everywhere a welcome sight.

Pingyao was one of the three towns where Shanxi banks originated, the smallest of them all. There were two dozen of these accounting banks, which worked exclusively for merchant banks and for the state. Because of their decentralized structure, the importance of the local headquarters in day-to-day business was small. Some of the former bank buildings can be seen, they are beautiful old buildings – partly preserved decoration – solid, lavishly decorated, but by no means grandiose. The Baichuangtong Bank, which existed from 1860 to 1918 (Nan Dajie 109, south of the city tower), and the older Jishengchang Bank (Xi Dajie 40) are well located. It’s where the reciprocal settlement technique may have been invented in 1823. Opening hours: Everyday. 8.00-18.00, they finish later in summer and earlier in winter.

READ
10 Cheap Hotels by the Sea for Summer Holidays

South Avenue and the City Tower

South Avenue is the main street of the city. If you go from the south gate, you can see that it forms, together with the “east-west” axis, the letter “T”. At the north end, it goes through the city tower, a 19-meter pagoda-shaped building that served as a fire tower.

From the yamen to the Confucius Temple

If you walk west from Nan Dajie Street at the large crossroads on the southern section you will reach a 2.5-hectare complex of ancient clerical buildings, the so-called County Yamen. Nowhere else in China has such an ensemble been preserved as fully as here. To avoid going the same way, one can turn off in front of the yamen and walk one block to the east. Just before the end of this street you will see the Confucius Temple, a large majestic ensemble with an area of 1 hectare. The main hall, built in 1163, is thought to be the oldest surviving main hall in Confucius Temples throughout the country. A little farther to the east stands the southeast gate. A pagoda-shaped tower on the outer southeast corner of the Old City served as a stargazing tower. If one walks north around the Confucius Temple, one can reach the temple of the god of the city, a complex with several secondary temples.

Beyond the city limits of Pingyao, there are several other monasteries that have survived the Cultural Revolution along with their opulent ancient decor. This monastery, the closest to the city, lies 7 km to the southwest. The halls of this 120 m x 123 m complex lack the individual sculptures on Sumeru’s plinths, but are full of finely detailed wooden reliefs over a human height, which are miniatures of mountain caves and clouds, streets and buildings, with over six hundred large and medium-sized statues sitting, standing or acting in front of them, and which seem to have almost everything in motion, clothing fluttering and faces grimacing – a truly stunning form, a sort of baroque Ming. From Pingyao, you can get there by rented bicycle or motorized rickshaw. Opening hours: every day. 9.00-17.00.

According to historical chronicles, during the Western Zhou Dynasty (1045 B.C. – 256 B.C.), King Xuan sent one of his generals to make war with neighboring states. General Yin Jiefu set up his camp in the city of Ancient Tao and built a massive defensive wall.

This imposing wall was able to stand for more than 600 years, passing through the flames of war and enduring the natural losses associated with the effects of time. The Pingyao city wall bears traces of sabers and lances, traces of fire and explosions. These are all priceless traces of history. As expected, the high and powerful wall became the main military frontier for the city of Pingyao. Nowadays, the ancient wall tells younger generations about the glorious past of these places, the times of all the imperial dynasties and everything that happened in the past 3 thousand years.

De ciujne June national style in Pingyao City, consists of stores, courtyards, and in the attics, is the oldest station in the ancient city. Hotel leads the construction style and decorated in the Ming and Qing dynasties. There are all kinds of local snacks and there are coffee, milk, banana pie, apple pie, fresh juices and other Western products.De june June national style hotel is dedicated to Chinese cuisine cultural tradition.

Pingyao’s long and glorious history has left many ancient buildings with unique style and artistic charm. The city has developed a variety of folk crafts and the production of various special local goods. On Ming Qing Street that is located in the heart of the ancient city you can find a variety of stores and restaurants. Souvenirs, handicrafts, various local delicacies invariably attract both Chinese and foreign tourists to the area. Lacquerware Tuiguan.

READ
How to get to Bologna Airport, Marconi, Florence, Italy

Pingyao is a tiny ancient city (only about 2 km long) located in central Shanxi province, about 100 km south of Taiyuan, the provincial capital. Pingyao was founded during the Western Zhou Dynasty (1045-b.c. – 256-b.c.). Thus, its history goes back more than 2,700 years. Pingyao is a world heritage site with some of the best Ming and Qing buildings. It is a must learn for those who want to know the history of China. The city of Datong is one of the most famous historical and cultural cities in China. In ancient times Datong was a military defensive post whose main mission was to deter the nomadic hordes who often tried to break through to the south from Mongolia. The Pingyao City Photography Festival attracts thousands of exhibits by master photographers from more than ten countries. The festival brings together the history and contemporary art of China and foreign countries. This tour would like to encourage art and photography lovers.

Write to us and our Russian speaking experts will be glad to help you organize your trip. We will quickly provide you with a favorable offer of a tourist program that meets your wishes and answer all your questions.

Customized tours with China Highlights help travelers discover the world. Our team consists of more than 100 people who are great travel enthusiasts. more . 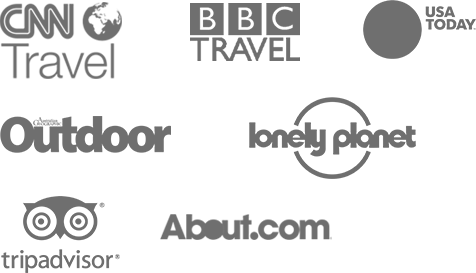