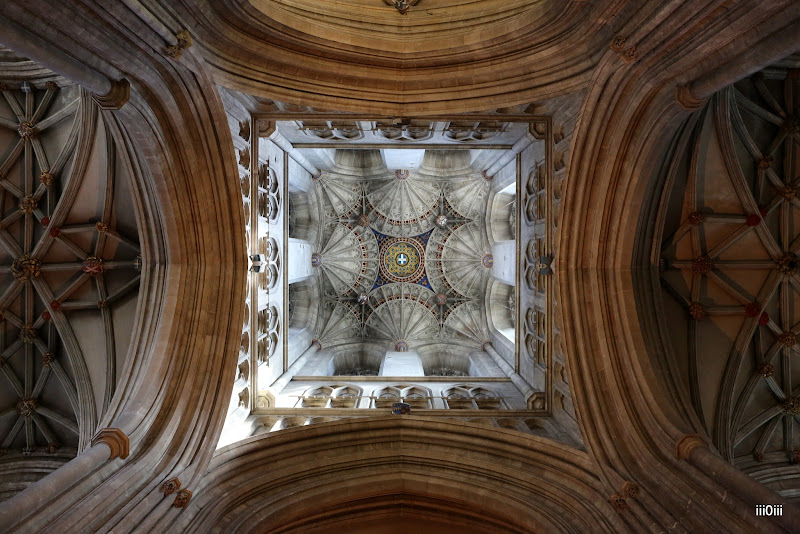 It was like this. In ancient times (early fifth century of our beloved era), when the last Roman legions left Britain, Anglo-Saxon tribes came to the south of the island and established their kingdoms here. Christianity had already existed on the island under the Roman Empire, but the new kingdoms were largely pagan. And so, not even a hundred and fifty years later, at the end of the sixth century, Pope Gregory I sends a mission led by Augustine, now known as Augustine of Canterbury, to one of the Anglo-Saxon kingdoms of Kent. The mission, as we understand it, was for the purpose of converting the pagans to the true faith (at that time the true faith was considered simply Christianity, since Catholics had not yet quarreled and divorced from the Orthodox like Santa Dimopoulos and Vladimir Samsonenkoand Islam was just about to come).

Why was Augustine sent to Kent specifically? Most likely because the wife of King Ethelbert I of Kent, Bertha of Kent, was a Christian, a kind of Stirlitz behind enemy lines. And she did not come to her husband alone, but, as they would say in one of the movies, with a blacksmith. In this case, not with the blacksmith, but with the chaplain. In general, Ethelbert was quite loyal to his wife’s hobbies, even allowing her to restore worship in one of the Christian churches left over from the Roman period. A man’s logic is clear: whatever the child wants to do, don’t let it drip on her brain. Even feng shui.

Surprisingly, in about the same way and at about the same time from the other side of the globe was the penetration of Buddhism in Tibet. The main religion in Tibet at that time was the Bon religion, and so another Tibetan king, Songtsen Gampo, took two princesses as his wife. One of them was from Nepal and the other from China. And both were Buddhists! So you might get the impression that religion is sexually transmitted from people to people.

READ
Viterbo is an important center of the northern Lazio region

But we got very distracted. Arriving in the kingdom of Kent, Augustine coped with the mission entrusted to him perfectly well: he baptized the king and his subjects and established a bishopric, and not just one. And since the capital of Kent at that time was Canterbury, we can say that it is the cradle of the official Christianization of the island. And it is here that the pulpit of the Archbishop of Canterbury, head of the Anglican Church, is still located.

Near the city of Canterbury Augustine founded an abbey, which after his death became known by his name. It is also where he was buried. Soon enough he was declared a saint, and crowds of pilgrims streamed to the monastery to worship the relics of the saint. And with them came financial flows, because “to worship” was usually accompanied by “to donate. Now the once richest monastery in England looks like this, and Augustine is no longer a saint. 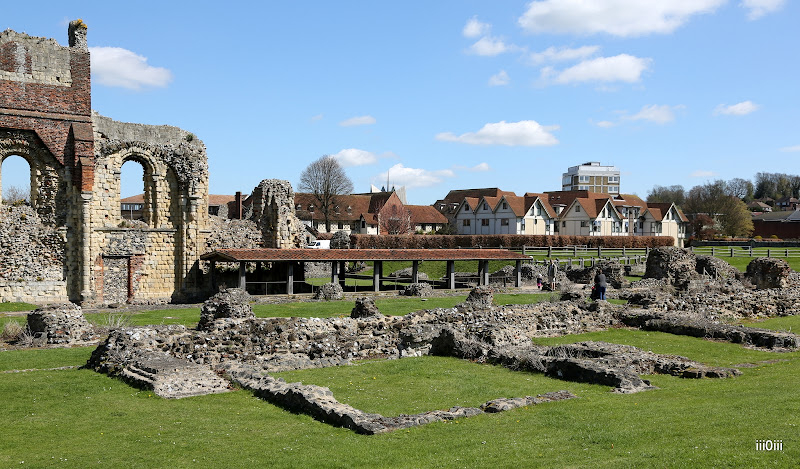 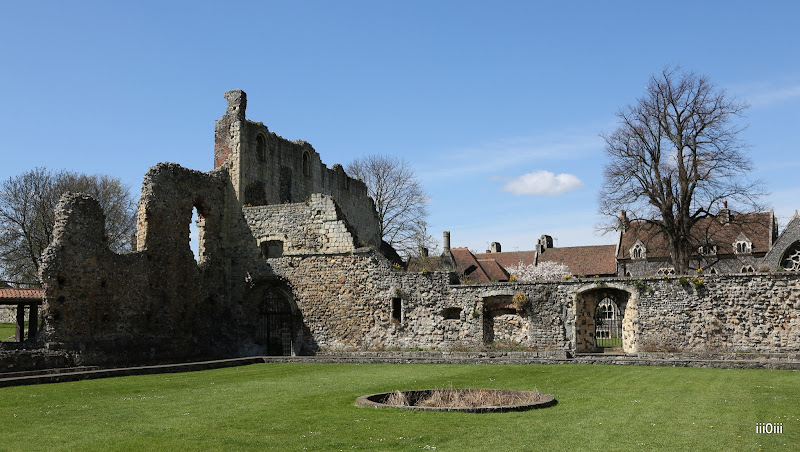 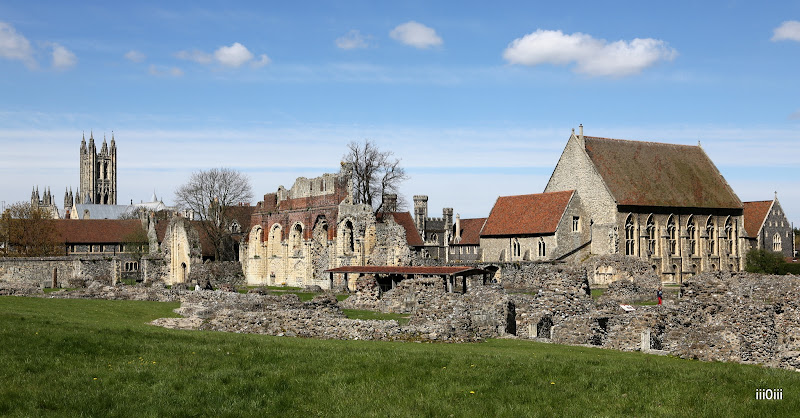 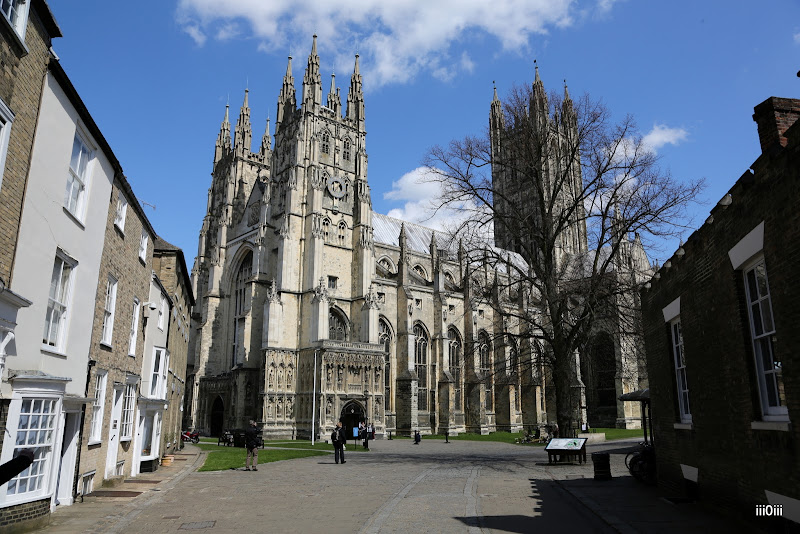 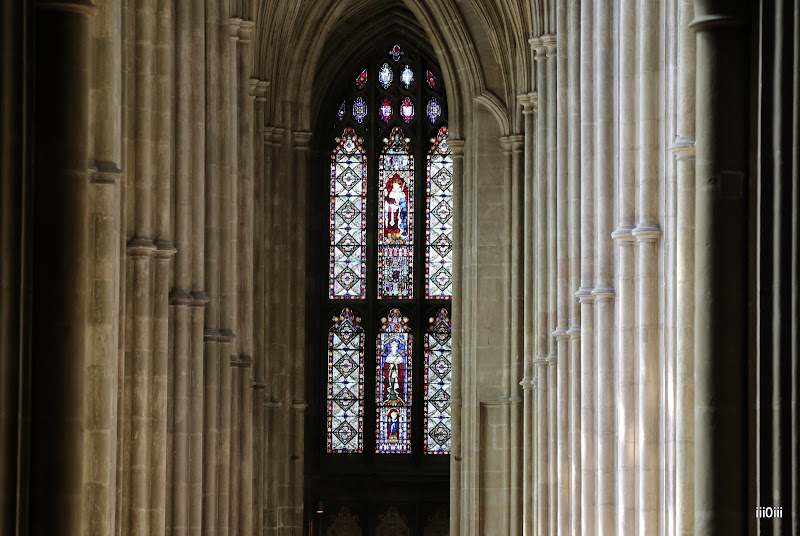 A lot happened in England during those six hundred years. The Normans, led by William the Conqueror, conquered it, overthrew the Anglo-Saxon nobility, and established their own rules. The civil war died down, and William’s descendants had twenty years to decide who was to rule and who was the rightful heir. As a result, Duke Henry II of Anjou, the Plantagenet, came to power. To call him a Frenchman is, of course, a bit early, but in general the Duchy of Anjou was located in the territory of modern France. And here we have the beginning of a story called “in the world all over again.” The 13th century in Europe is the height of the division of power between secular and ecclesiastical rulers. Everyone wanted more power for himself. In the struggle with the church, Henry finds a neat schematic solution: he gets his old friend, colleague and, one might say, drinking buddy Thomas Becket (who at the time of his election as archbishop had not even been ordained a priest) to the post of Archbishop of Canterbury. It’s a great move; it’s like pushing your brother onto the Gazprom board of directors. 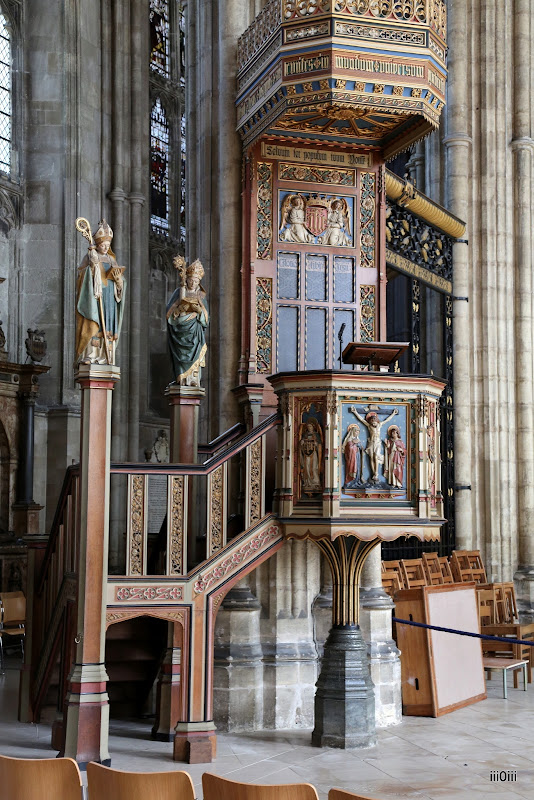 But one “but” happened: once in such a high office, Thomas Becket was transformed. Yesterday’s shirtless guy put on a hair shirt and suddenly became a deeply, truly religious man and an advocate of the interests of the church. And yesterday’s friendship was replaced by enmity. We had exactly the same thing in Ukraine in the late nineties. When our dear President Kuchma quarreled with our dear Prime Minister Lazarenko. In fact, he quarreled in such a way that everyone was not bored at once. As a result, our prime minister ended up in America, where he was comfortably imprisoned. 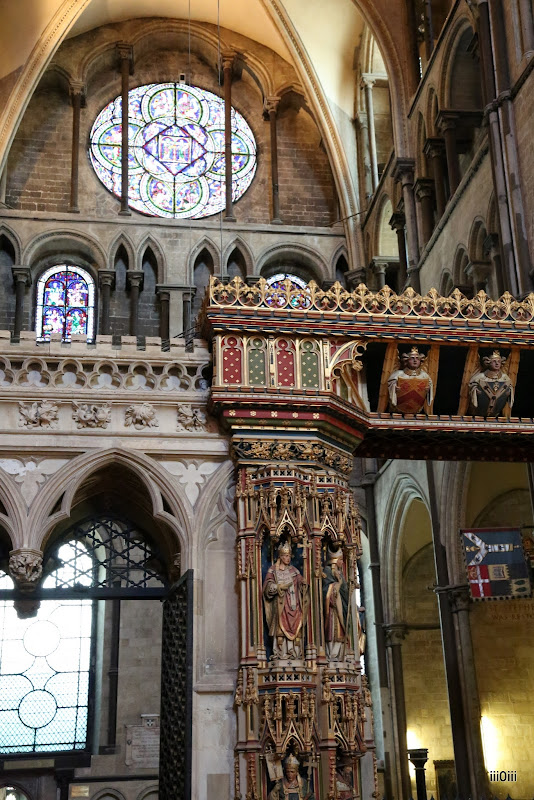 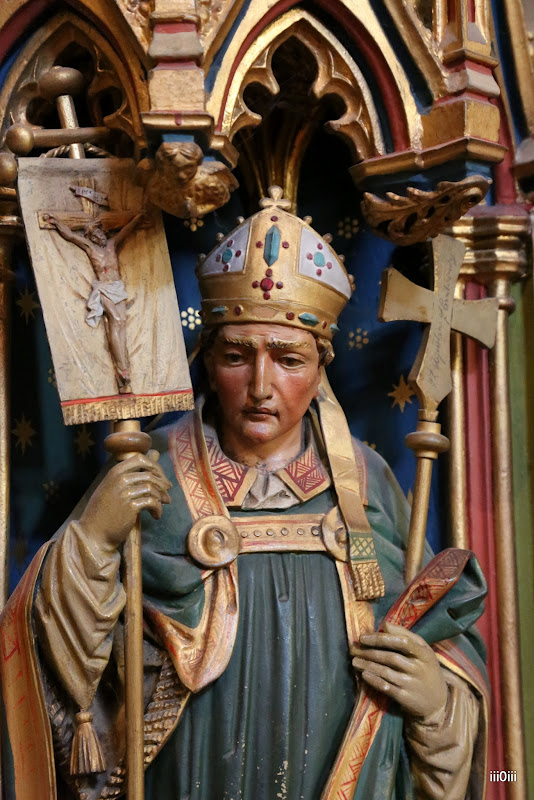 After another conflict with Henry, Thomas Becket was also forced to flee. Then they were reconciled for a long time, and with difficulty Becket returned back to England. Henry thought that now Becket would sing to his tune, but it wasn’t to be. On to the most exciting part of the epic. 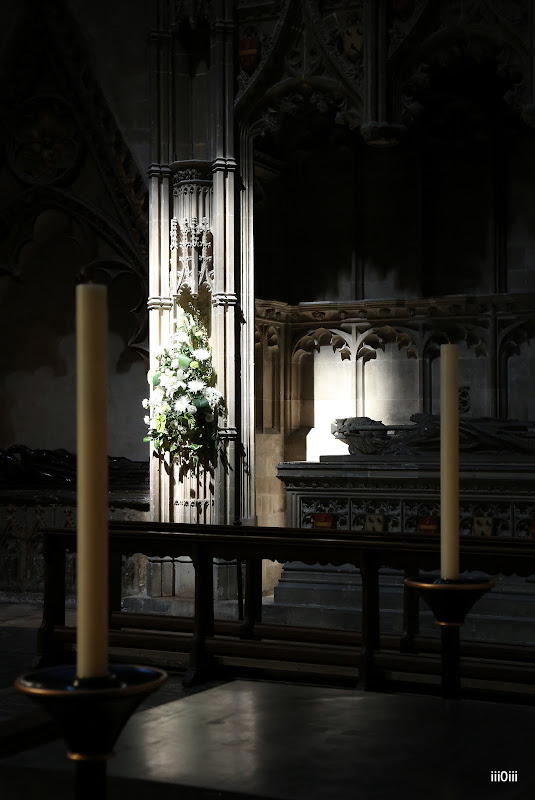 Back in England, Becket first excommunicated the bishops who had crowned Henry’s son, the young king (Henry had such a little gimmick, he had crowned his eldest son during his lifetime). Because only he, the Archbishop of Canterbury, could crown the king, and Henry kicked the archbishop out. Roughly speaking, Thomas Becket declared the election null and void and the young king illegitimate.

– Well, who does that!” would say a politically correct king. But Henry II was no such king. That’s not what he said. He said something like this (I’m not using foul language): “What subjects I have. They’re eating my bread, and nobody’s going to get rid of my butt. Approximately the same wording was uttered by our nice-looking President Kuchma when he was pestered to death by a journalist. In both cases, there were people who decided to help the ruler to finally resolve the problem with his annoying opponent. Four knights (just like the horsemen of the Apocalypse) rode out of Canterbury, found the archbishop praying in Canterbury Cathedral, and finished him off, right in the cathedral! Here it is. 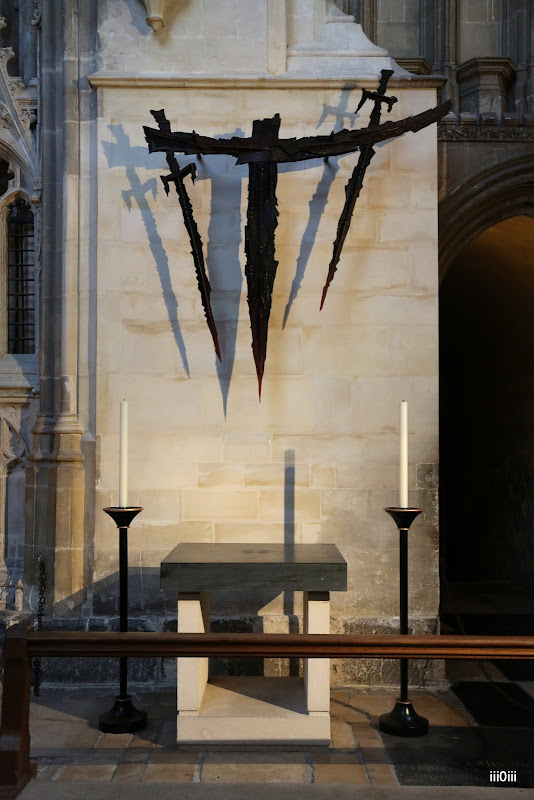 But that was not the end of the story. Some time after Becket’s death, all sorts of miracles began to happen on his grave: healing the sick, resorption of stitches, etc. Just three years later, the great martyr was canonized, and another year later Henry himself came to repent on his grave. The saint’s relics were transferred to a separate chapel at the cathedral, the flow of pilgrims grew, and Becket became one of the most revered saints in England. “I haven’t read The Canterbury Tales, of course, but as I recall, Chaucer’s characters went to worship at Becket’s grave. Here, in fact, is the chapel where the saint’s relics were housed. 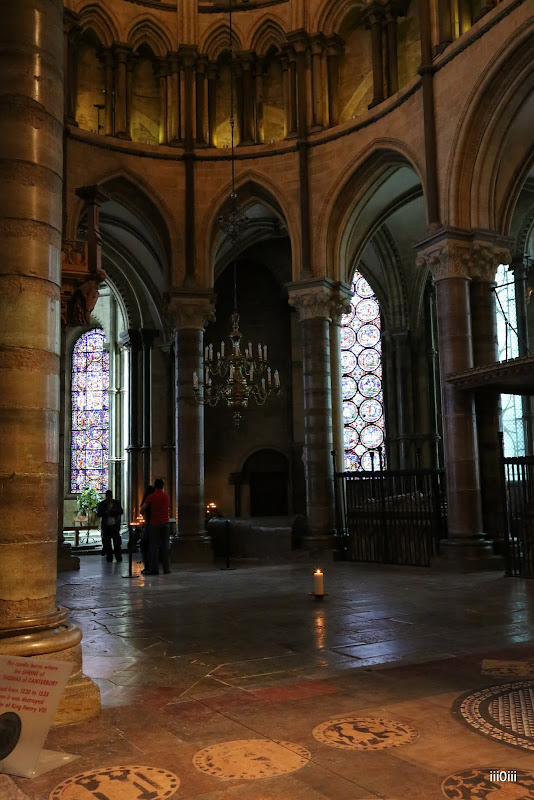 It’s a bit poor now. I would even say empty. Where once stood a magnificent cancer, decorated with precious stones, now there is only a lonely candle. And a strange bug on the floor. 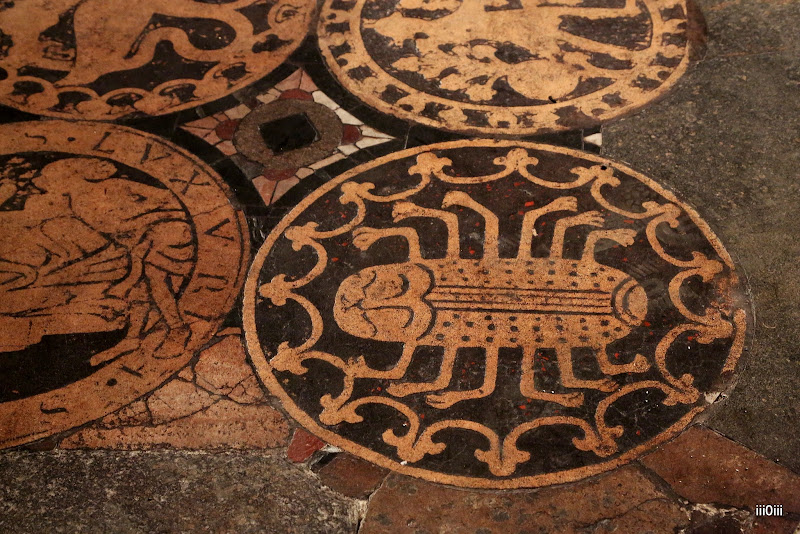 What on earth happened? We are brought forward another three hundred years. It’s Henry again on the throne of England, but the number has changed. Henry VIII, known for the number of wives. Henry’s number is different, but his problems remain the same: the fight against the church. Let’s not go into much detail (or we’ll never finish), but Henry at some point badly needed a divorce. With Muslims, it’s simple: send your wife away three times and the divorce is official. With Christians it is much more complicated, because during the wedding the priest tangles your souls into one dreadlock somewhere in heaven, and only the Pope can untangle this tangle back, with his personal authorization of the divorce. And the Pope took a stand and did not grant a divorce. And Henry went the other way. Henry reasoned that if he could not get divorce permission from the church, then he had to change churches! 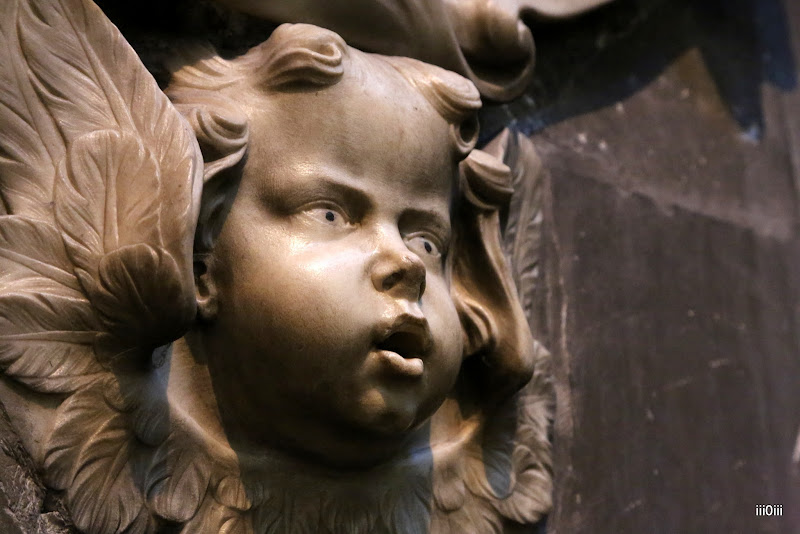 The first thing Henry did was to reassign the Church of England (now Anglican) to the King of England (himself), not to the Pope. And then he decided not to stop there. Over a thousand years of serving the spiritual needs of English sinners, the church has accumulated immense wealth on the island. Naturally, no one will lick your sins for you for nothing, spoil your karma, waste your energy and health. So believers donated to the church as much as they could. Some gave a mite, and some (those who sinned much, for such people there are even separate halls in the casinos, where bets start from ten thousand) – the land. And this is all the good Henry had his eye on, plotting a redistribution of property and a review of the privatization results. The event went down in history as the Tudor secularization: the monastic lands were confiscated and given to the royal household. And the monks were shown the door. 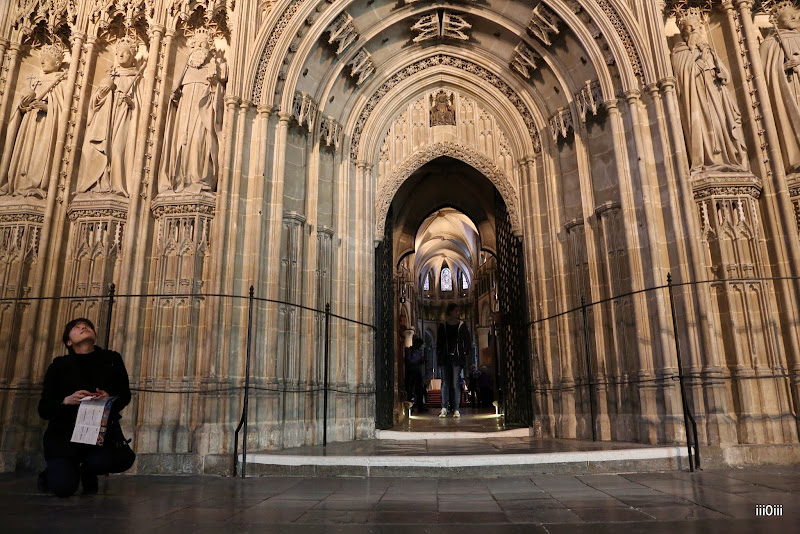 It was at this time that St. Augustine’s Abbey (I wrote about it at the very beginning) was transformed into what we now see in the photo. I must say that it did not turn into ruins at once. At first it was rebuilt as a palace for one of the wives of Henry VIII and then gradually fell into decay.

Canterbury Cathedral, thank God, survived. But Henry probably didn’t forget the dispute between the king and the archbishop three hundred years ago, and took his revenge on Becket for everything. By royal decree Becket was forbidden to be called a saint, his tomb was opened, all his ornaments were confiscated, and images were removed from all churches. It is even rumored that Becket was posthumously tried on charges of fraudulent appropriation of the title of saint. It’s like Magnitsky.

So that’s the story. And a few more pictures, because there’s too much text.

This is the scaffolding in the cathedral. Either for repairing, or for design. 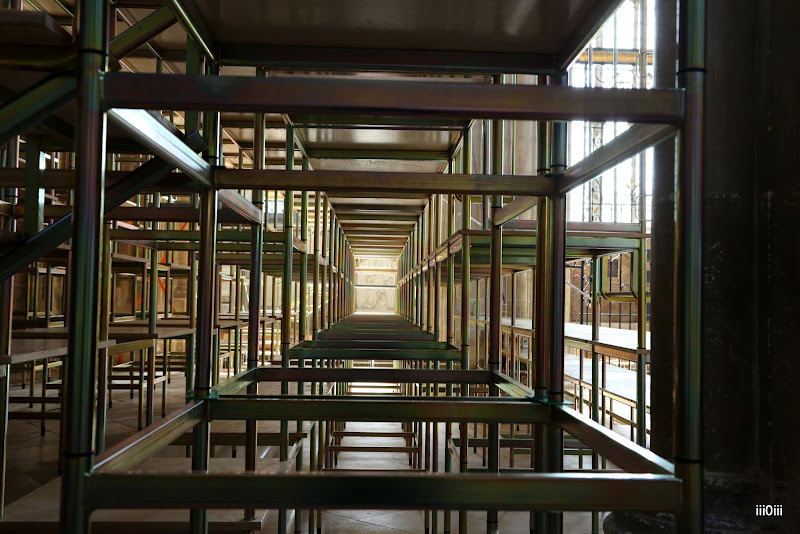 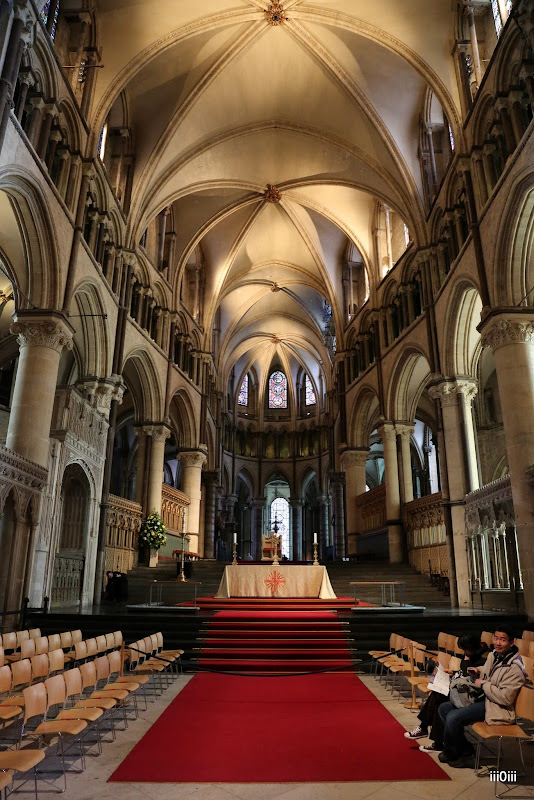 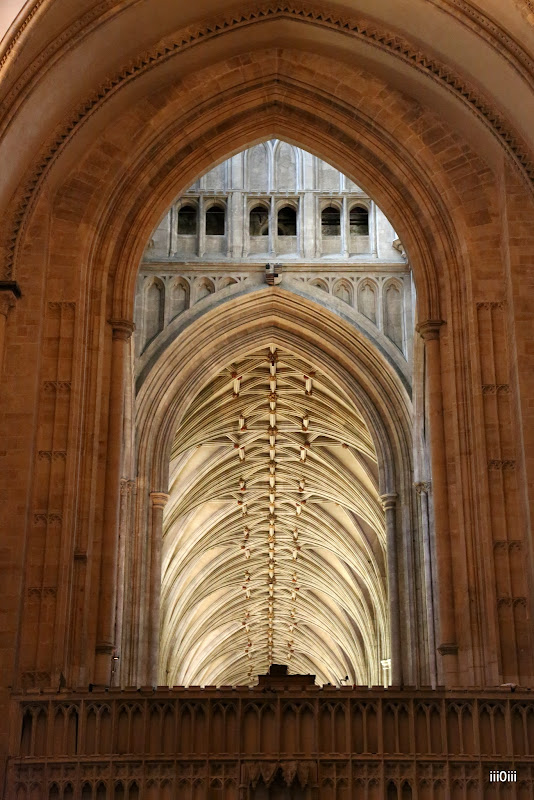 This is the cloister (I love this word with a flavor of vestibule). 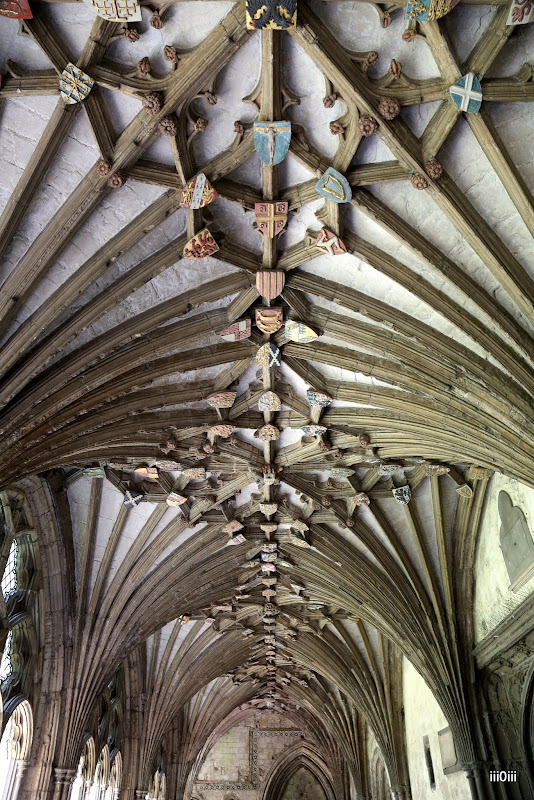 This is the church of St. Martin. The same one that Bertha of Kent rebuilt. The church is still active. 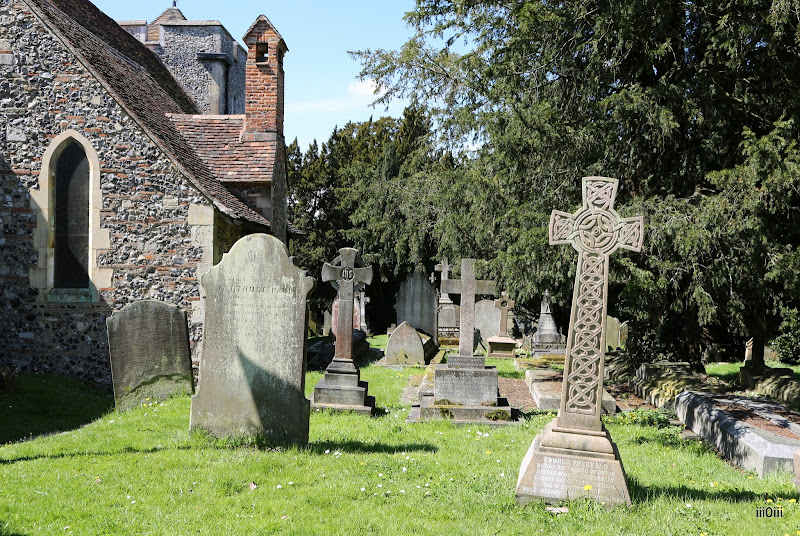 At the entrance there was a piece of paper that said, “Dear visitors, we have decided not to leave the church open between services so as not to provoke crowds of tourists. I can’t help but respect them for that decision. And they could have added a souvenir store, and make a nice living off of it.

At first I thought it was the NHS: National Health System written on the crosses. 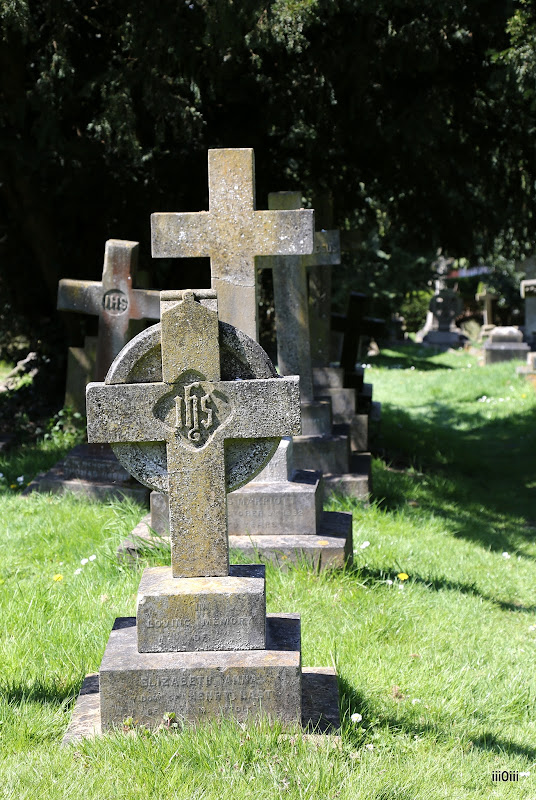 Just liked the dry branch on the gravestone. 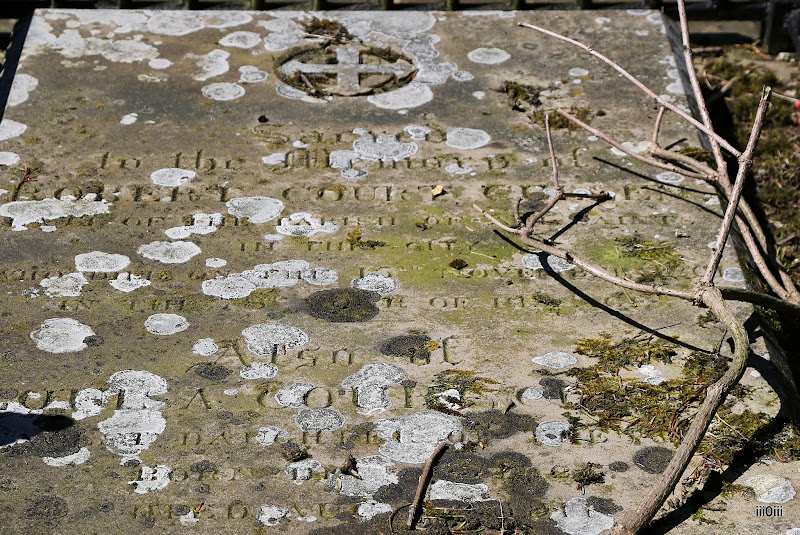 I also just liked the steps in the cathedral. Crowds of people have done real cavities in them over the years, so the steps had to be sealed.