What to Try in Canada: Traditional Food and Cuisine

Haute cuisine is clearly not the first thing that comes to mind when you think of Canada. To tell you the truth, for a long time I was completely convinced that there was not much to eat in Canada, except French fries and burgers. But after living here for a while I discovered the Canadian cuisine in an unexpected and delicious way. Each province has its own traditional dish, for example in the Eastern part of the country Sauteed Fiddleheads are very popular, and in Quebec City they make ice cream in winter mixing snow and maple syrup. 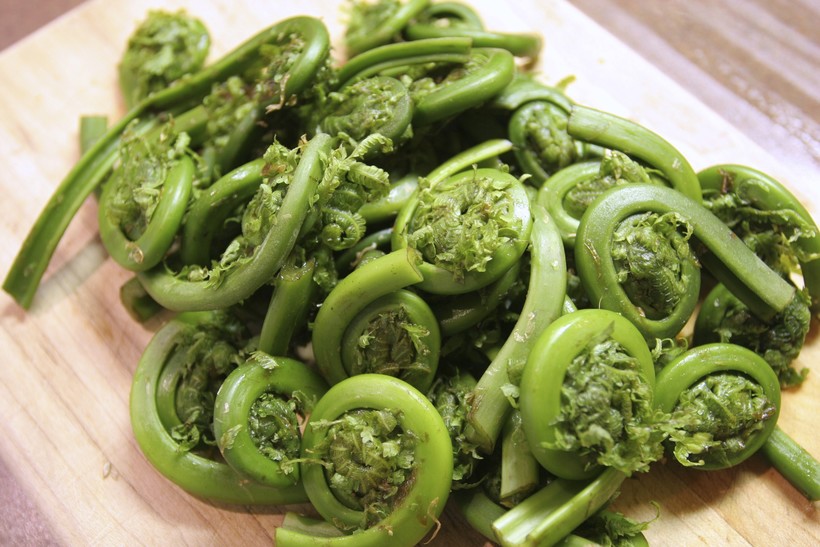 In big cities like Toronto, Vancouver, Montreal or Calgary, you can find restaurants for all tastes and budgets: from luxury establishments with high cuisine and Michelin stars to unusual places specializing in a particular dish. For anyone with a sweet tooth (like me), I definitely suggest checking out The Rolling Pin Café in Toronto, which serves some of the tastiest cinnamon rolls in all of Ontario.

The diversity of Canadian cuisine, in my opinion, is largely due to the country’s history. Since the beginning of British colonization in the 15th century and the first colonizers from Britain, the new settlers brought their customary foods to the territory along with their political influences. French rule predetermined Quebec’s place as the center of cheese-making in today’s Canada. Nor should we forget the influence of close neighbors, the United States, with its idea of fast and affordable food. For example, the canonical Canadian eatery Tim Hortons was modeled after American fast food outlets with coffee and doughnuts. To this day, many Canadians can’t imagine a workday morning without a coffee and a muffin from Tim Hortons. I, for my part, suggest trying their hot cheese sandwiches. 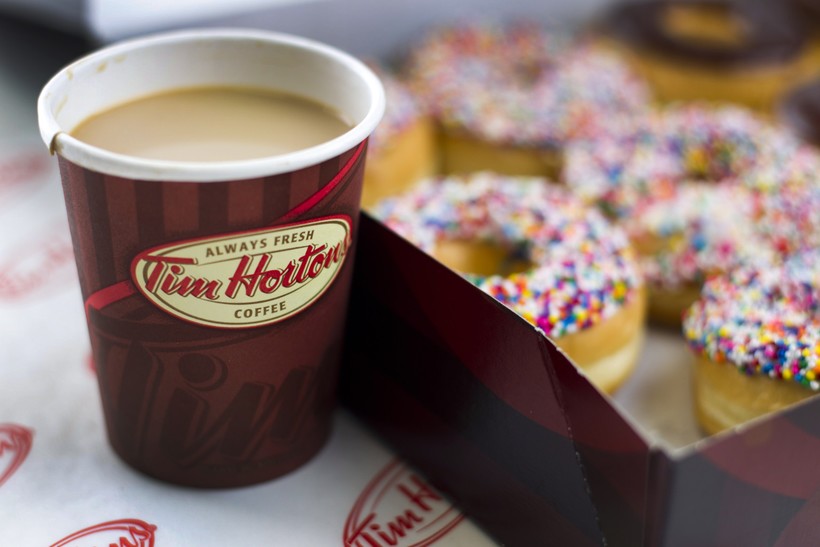 Thanks to the large proportion of immigrants in the population, Canada can be called a country with a truly diverse cuisine. For example, Vancouver, home to many immigrants from China, has already become something of an Asian food hub, and Toronto, with its large Russian community, has about 60 Russian restaurants and bistros.

Canadians prefer seasonal and local products in cooking. They include vegetables (potatoes, carrots, cabbage etc.), meat (steaks in Canada are excellent to my taste), poultry (also game), seafood (especially in the coastal provinces), milk, eggs and so on. The unusual thing is the widespread use of maple syrup. It’s used in everything from sweet baked goods to bacon omelets and roast pork. I honestly never got used to the idea of eating a sweet omelet, so I prefer the classic pancake version. 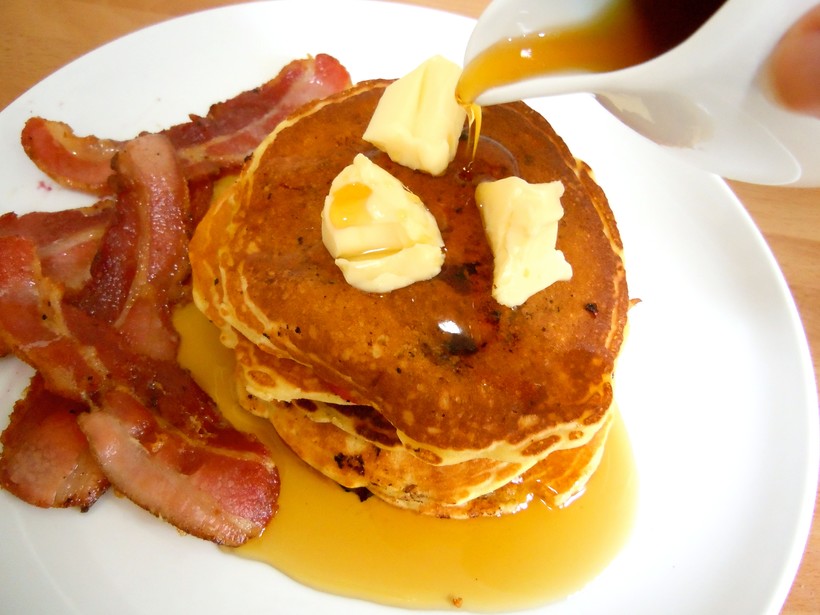 Here, as in the U.S., peanut butter is very popular and is also used for everything from spreading it on toast for breakfast to adding it to pasta!

In the northern provinces, whale meat and wild animals are often served to the table.

Because of the variety of dishes, I have divided the main gastronomic traditions in relation to the main provinces of the country. Hopefully, this will make it easier for travelers to navigate where to try what.

Traditionally, the cuisine of the French province includes poutine (Poutine – potatoes with sauce, bacon and cheese) and smoked meat (Smocked meet) prepared according to a kosher recipe. 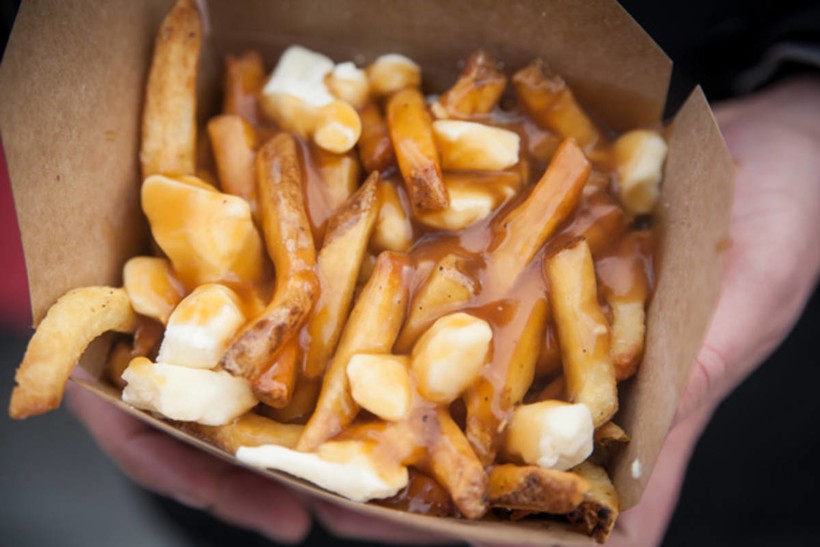 Oka Chees e is the most famous cheese produced in Quebec. You can buy it in any supermarket in Montreal. For a sweet treat, I suggest ordering the Sugar Pie with maple syrup. 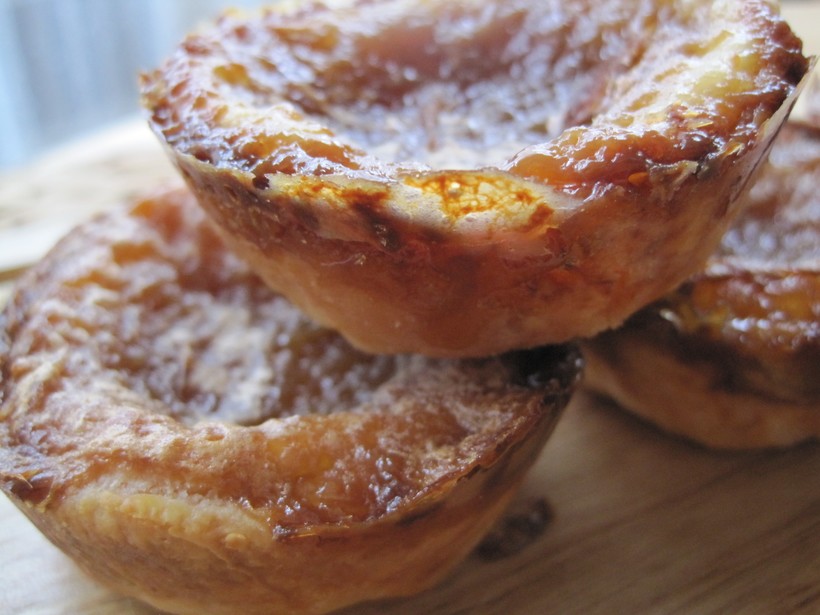 One of the best places for poutine: Chez Ma Tante in Montreal (by the way, they make excellent hot dogs there, from 7 USD per serving), and for Smocked meet, cooked according to traditional recipe you should go to Lester’s (from 10 USD per serving).

One of the main attractions of the capital city of Ottawa are the puff pastries with sweet filling under the original name “BeaverTails”, my favorite kind – with apple jam and cinnamon.

READ
Jeju - an island on the coast of South Korea 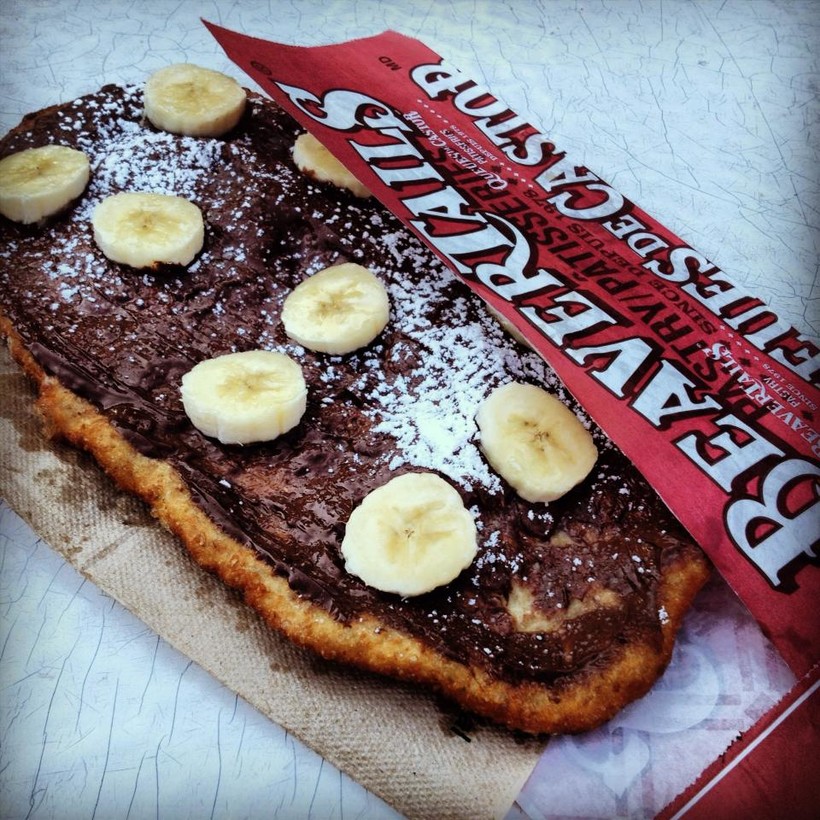 In July and August, the usual boiled sweet corn enters the gastronomic arena of the province. It is eaten both as a main dish (with butter and salt) and as a side dish to a barbecue.

“Beaver tails” at the BeaverTails Byward Market stall downtown (from 5 USD), corn at the farmers’ market or any supermarket (from 3 USD for 3 pieces).

This province is a true paradise for sweet tooth and seafood lovers. The Nanaimo Bar chocolate brownie with nuts and coconut is perfect for breakfast on the Vancouver waterfront or a fitting finale to a dinner of fresh oysters and other seafood. 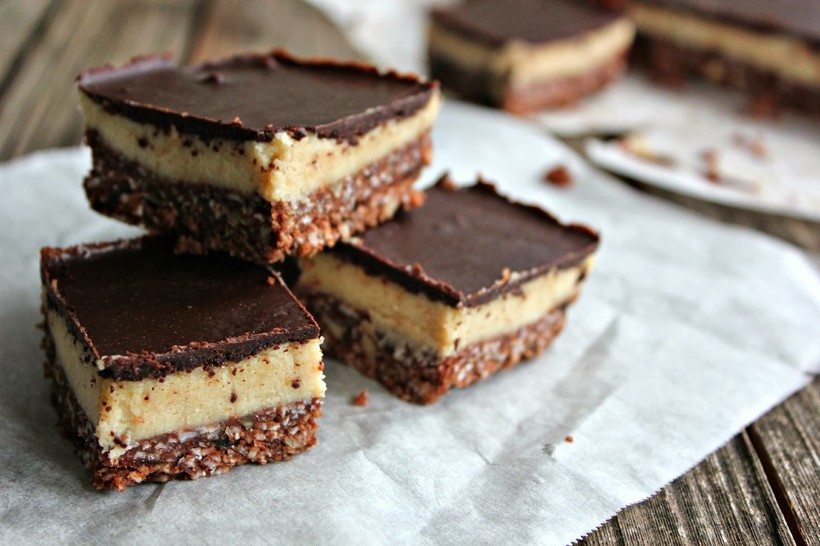 The impeccable Nanaimo Bar (from $3 USD) can easily be found at any coffee shop in the dessert’s home town of Nanaimo, which is accessible by boat from Vancouver. Fresh oysters and shrimp (from 12 USD per dish) are available at The Oyster Bar in Victoria.

In Manitoba, many restaurants serve Arctic Char, a fish that looks like salmon but has a milder flavor. Newfoundland and Labrador traditionally serves Cod Tongues followed by a main course (Fish and brewis), also consisting of cod and breadcrumbs. 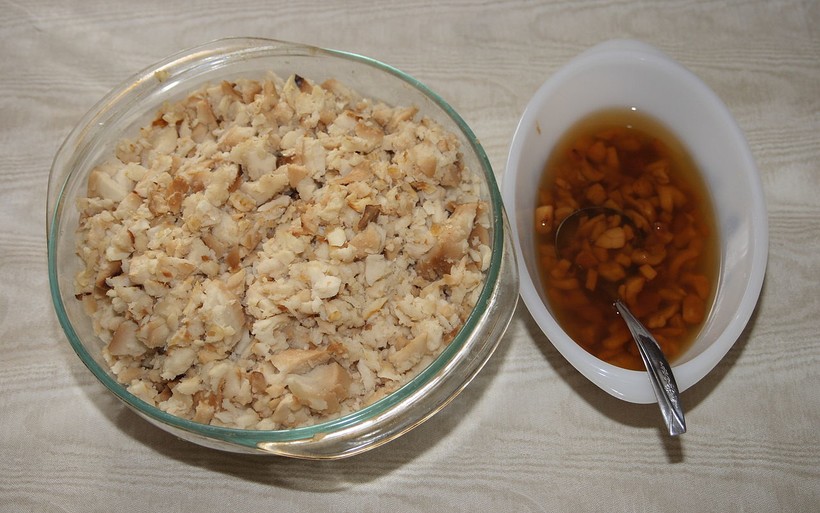 Every bar in the area serves traditional Screech, a locally concocted Jamaican rum.

Arctic Char – in the restaurant Clementine in Winnipeg (from 12 USD per serving), Cod Tongues – in Bacalao in St Johns (from 10 USD).

Surprisingly, Nova Scotia’s capital Halifax is known throughout Canada for its Halifax Donairs shawarma . Similar to the traditional Turkish dish, Halifax Donairs are succulent pieces of Canadian beef in pita bread with special sauce. This dish is on my must-eat list! 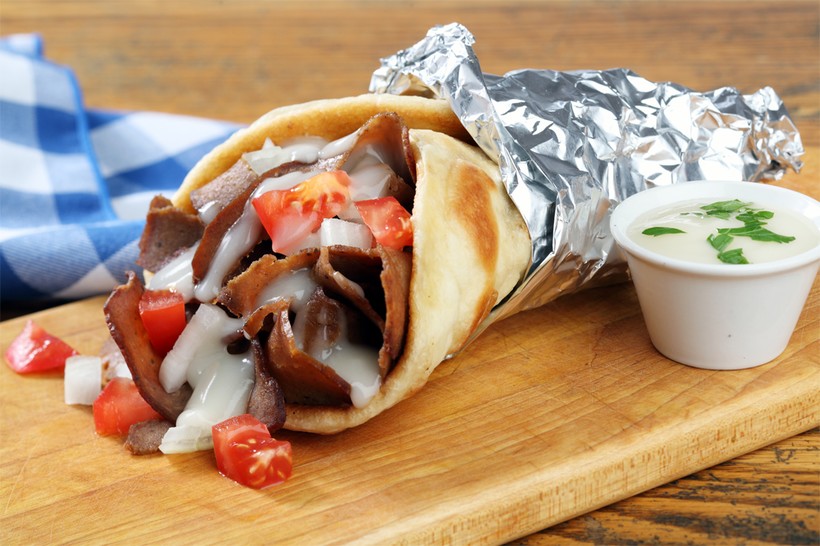 One of the culinary highlights of Prince Edward Island is the P.E.I. Mussels , cooked in sauce and particularly tender in flavour. 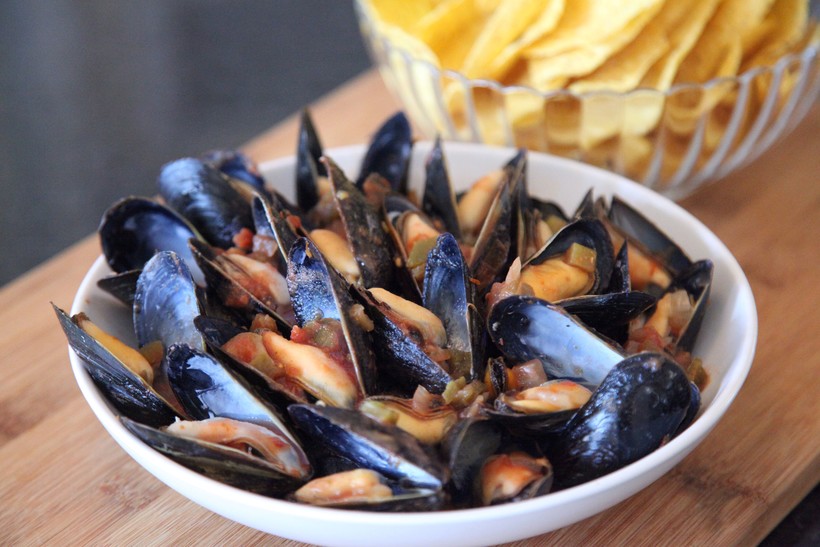 READ
Where to stay in Bari, Italy: tips and best neighborhoods

10 dishes and drinks to try in Canada

In addition to the treats listed above, while traveling through the country, be sure to eat:

When traveling in Canada, not only can you enjoy scenic beauty, visit new cities and experience culture, but you can also eat something deliciously unusual!