5 Cambodian temples with something for everyone to see 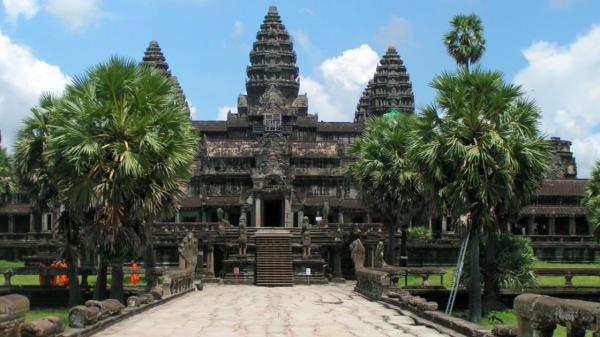 Lurking in Southeast Asia is Cambodia, an extraordinarily beautiful state with a great history. For many years, the ancient capital of the Khmer was closed to tourists, but today it has become one of the most popular Asian destinations.

Exotic Cambodia is interesting to travelers for many reasons: mild climate, warm waters of the Gulf of Siam, snow-white beaches, and of course, the majestic temples. And that is what we will talk about today.

Cambodia is rich with several hundred ancient religious buildings, fascinating beauty and originality of architecture. And from the 5 most famous of them:

Despite the fact that Angkor Wat is a temple complex, it would be a real crime not to mention it in this list. After all, it is the place that is the most significant for the local population, and the most popular among tourists coming to Cambodia.

Angkor Wat was built in the 12th century, in honor of the god Vishnu. At that time it was built as the embodiment of the entire Khmer Empire. Now this temple complex is recognized as the national pride of the Khmer people and is included in the list of World Heritage Sites. Outwardly it is a mini-city, consisting of many temples and surrounded on all sides by a moat filled with water. Since Angkor Wat is recognized as the largest temple in the world, coming to Cambodia and visiting it is the dream of millions of tourists. 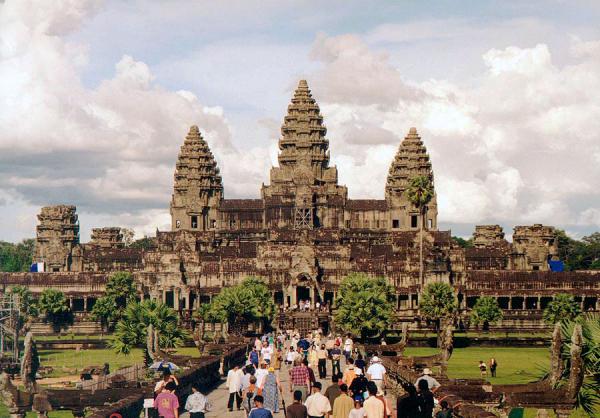 Khmer Emperor Jayavarman VII ordered the construction of Ta Prohm in honor of his mother back in 1186. This place is part of the Angkor temple complex and is absolutely deservedly considered its “face”.

First of all tourists are attracted here by the incredible atmosphere that envelops this place. Once independent majestic buildings, today closely intertwined with the forces of nature in the literal sense of the word, tall powerful towers pierced the branches and vines of the nearest trees. It seems that now they cannot exist without each other.

READ
The best places to see in Doha, Qatar

Interesting fact: the creators of the movie “Lara Croft: Tomb Raider” also appreciated the impressive view of Ta Prohm and decided to shoot some scenes here. Travelers come here to make sure that the picture on the screen is not fiction and monumentality of the temple is real. 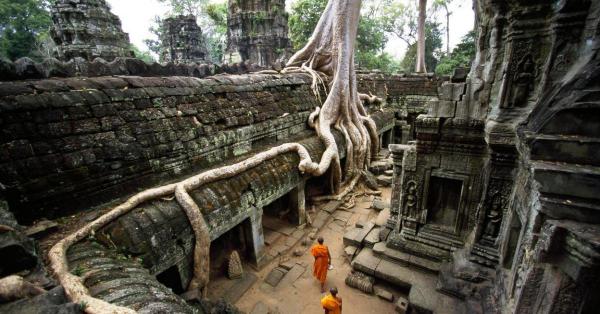 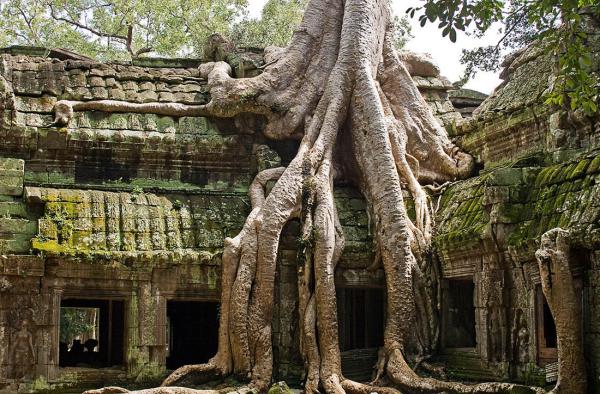 The capital of Cambodia also has a temple, not inferior to other famous places. Wat Phnom among the local population is considered holy. Here every day a lot of people come, some to pray, others to thank, and others to meet the “fortune tellers”.

Translated into Russian Wat Phnom sounds like “Temple Mountain”. Just the name alone might suggest tourists that it is located on a hill nearly 30 meters high. Among other things, the “highlight” of the temple is the presence of animals: travelers can treat dainty monkeys, listen to the singing of exotic birds and even ride an elephant. 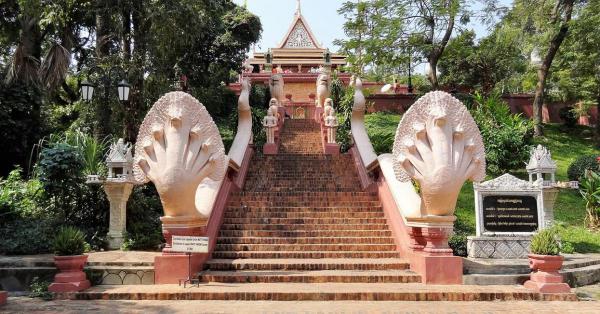 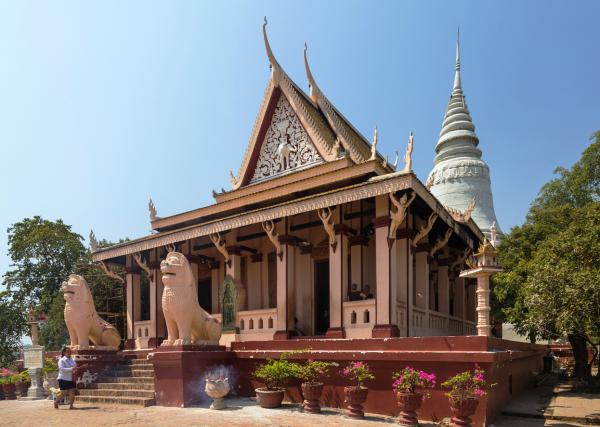 The temple complex of Preah Vihea is located on the outskirts of Cambodia and borders with Thailand. It is this neighborhood that has become a bone of contention between the two states. The authorities could not decide who owns the magnificent buildings. The disputes ended in 2008, when UNESCO officially inscribed the Preah Vihea fortress on the World Heritage List.

History tells that construction of this temple complex began in 893, and dedicated it to the Hindu deity – Shiva. The scale of the area Preahvihea is impressive: four tiers as the hill rises, a 78-meter high staircase, monumental palaces, majestic statues and much more. 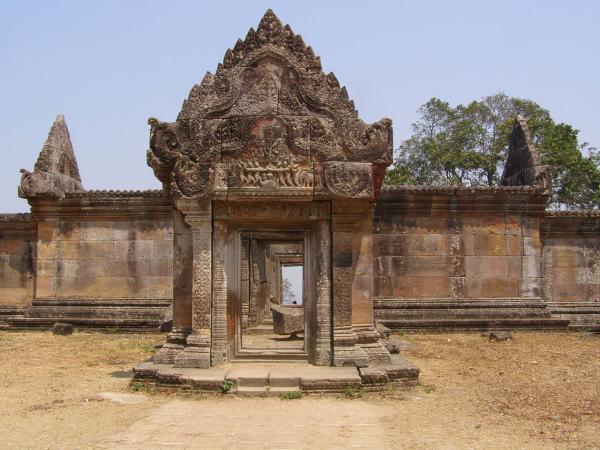 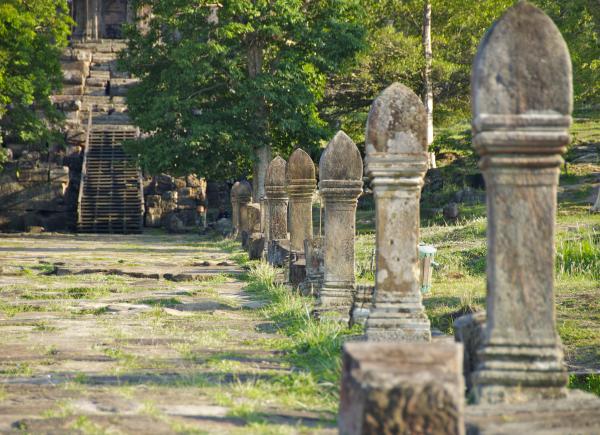 Closes the list of must-see Cambodian temples – Bapuon. This famous structure is located in the heart of the sacred city of Angkor Thom. It was built in the XI century and during that time Bapuon has become famous far beyond the Khmer Empire.

In addition to the history of Bapuon, tourists are attracted by the appearance of the temple. Height of almost 50 meters, five-step pyramid, consisting of three tiers, exquisite bas-reliefs with carved scenes of Khmer daily life, royal statues – all this can not leave indifferent any traveler. 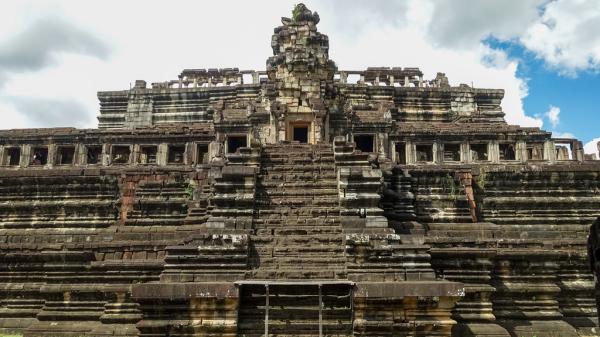 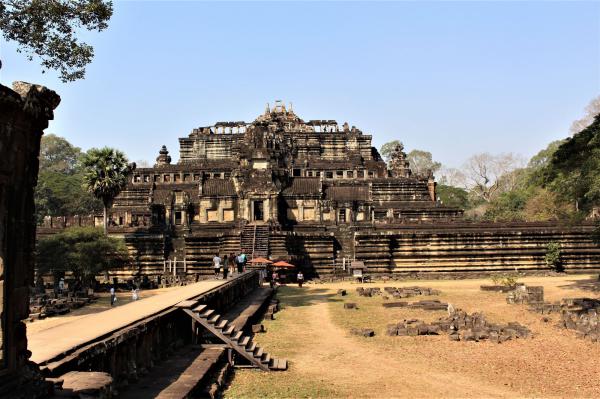 Cambodia is an incredible country. And these temples are only a small part of the spectacle, which can give this Khmer state for visiting tourists.