Burren National Park – walk on the surface of the Moon 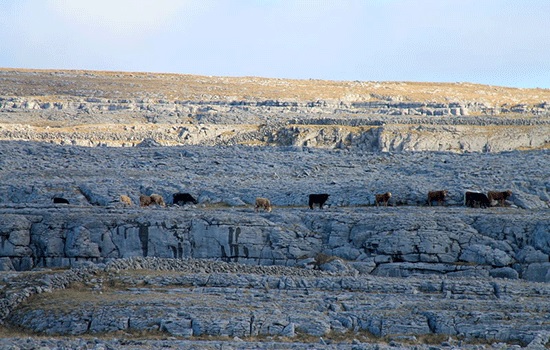 Who among you has never dreamed of visiting the moon? This time, take a walk on the surface of Earth’s natural satellite. It may not be realistic, but it’s worth a try! There are places on Earth that allow you to fulfill some of your wishes. Ireland is a country rich in culture and nature. The shape of its surface is mainly the result of geological structure and the processes that occurred during two glaciations. Most of the island is areas that are formed by Carboniferous limestone. Take a short trip to Burren. Visiting this place, you can say that you were practically on the moon. The Burren Plateau: information and interesting facts

Burren is a plateau that is one of the most interesting landscapes in Ireland. The area owes its beauty to karst processes that took place millions of years ago. The limestone rocks and clay shales that made up this soft substrate were very susceptible to the forces of nature that shaped the area. The name Burren can be translated as “rocky ground.” The plateau is now commonly referred to as the “moon land” or “moon surface.”

The area of these karst formations occupies a huge expanse – more than 250 square kilometers. The plateau lies between several villages northwest of Clare and the Atlantic Coast. Its northern boundary is Galway Bay. There are pastures for occasional grazing animals. The fauna is represented by numerous birds and butterflies.

The limestone rocks are carved by narrow ravines, some of the cracks look like small craters. Other discoveries show tiny lakes, caves, and rock debris. The flora of the plateau is mostly low-growing plants and grasses, supplemented by Arctic and Mediterranean climatic plants that are unmatched in this climate. Interestingly, Barren appears to be completely devoid of soil. Traces of settlements that existed there hundreds of years ago have been found in this region. Such a discovery is important not only in the cultural and historical aspects of the place, but also in tourism.What attracted people to areas covered almost exclusively by limestone cliffs? The rugged looking landscape, while beautiful and original, was not suitable for mass settlement. The reason people lived here was the exceptional pastures that provided grazing for cattle throughout the year. The space, full of limestone deposits, accumulated heat in the summer, gradually giving it back in the winter, creating good agricultural conditions for the first settlers.

The visitor information center provides an educational and interactive experience covering the geology, flora, fauna and the importance of learning about agriculture and management of this landscape. 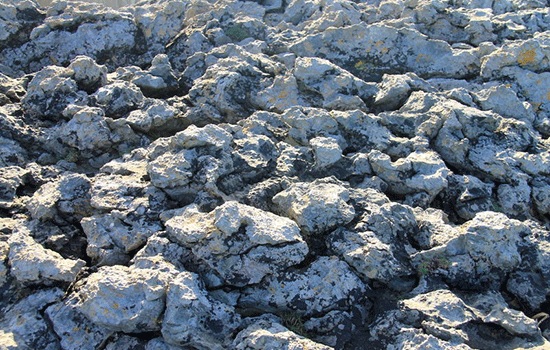 During the summer, a free bus runs from the Visitor Information Center. To get to the park, from Corofin, take the R476 to Kilnaboy. At Kilnaboy turn right (L1112) to the ruined church. About 5 kilometers along this road you will reach a crossroads. Then on foot, turn right, along the “rocky road”. On the left side are the lands of the Burren National Park. Please park in the alley not on the rocky road to avoid damaging the vegetation. This is a public road, so be careful of traffic.The National Park is a protected area, and visitors are urged to follow rules of appropriate behavior. In particular, take all your trash with you, but don’t pick up the plants and flowers that are of great value here.

Burren National Park in County Clare is Ireland’s most desolate national park and is often referred to as the “moonscape.” The Irish word boíreann “literally means” rocky place “(and there are several areas called” burren “throughout Ireland). How well this name corresponds to the Burren National Park is obvious – the lack of soil cover and exposed limestone make the area gloomy and bare This, however, does not extend to further inspection.

Nevertheless, from 1651 the word of Cromwell’s officer is quoted: “A country with not enough water to drown a man, enough wood to hang him, or land to bury them.” He had peculiar priorities .

The size of the park

Burren National Park stretches over about 1,500 hectares of land, and Burren itself is larger (about 250 square kilometers or 1% of Ireland).

Burren’s own national park is located in the southeast corner of the general Burren area. This part of the Burren was purchased by the Irish government for the sole purpose of conservation and continued public access.

READ
Ten free things to do in Lanzarote, Spain

The highest point of Burren National Park is Mt. Nocanes at 207 meters.

As stated above, Burren National Park is located on the southeast side of the general area known as “Burren” in County Clare. The boundaries are defined but not visible.

From Corofin the R476 leads to Kilnaboy, where you turn right and another five kilometers along the road will lead to a junction with a small crossing. From here you will have to follow the “rocky road” into Burren National Park on foot. Be careful with the traffic! In the summer, Burren National Park can be very busy. Please avoid parking on the limestone sidewalk .

No, but the Curren Center can be found in Kilfenora.

Major attractions in the park

The Burren region is world famous for its bleak landscape and, surprisingly, its flora. During the summer months, visitors experience a colorful variety of flowering plants in a fragile ecosystem (and often hidden from view). Arctic and alpine plants thrive alongside Mediterranean species, lime and acid-loving plants grow nearby, and you can even find forest plants even though there are no trees nearby. All this on land that seems to consist entirely of stone and nothing but stone.

The ecosystem of the Burren National Park is extremely complex: the mosaic of habitats contrasts but complements each other, and they are difficult to distinguish. Approximately 75% of all plant species found in Ireland are actually present in the Burrens, including at least 23 of the 27 native orchid species.

The reason? Apparently, the seemingly smooth areas of limestone cover are composed of “clints” and “hernias.” Clints are plate-like flat areas. Grykes are cracks and fissures that run through gaps. And in the dirt, soil can accumulate, protected from the wind. These accumulations provide enough anchor and nutrients for plants. Most low-growing, like bonsai, is due to a combined lack of space, nutrients, water and soil, working together with wind and grazing animals to keep things low.

READ
Lakes in Berlin and Brandenburg for swimming, Germany

Some grasslands can be found on terraces with a thin layer of soil, between elevated areas of limestone pavement, and on glacial deposits. These grasslands provide a mix of species. From arctic and alpine plants right through to those most often loved along the shores of the Mediterranean Sea. Also, the elevations in Burren seem to be mixed up – spring gentians usually grow high in the Alps, in Burren they can be found at sea level.

But keep in mind: don’t pick the plants or flowers you see in Burren and Burren National Park!

Much of the mammal life in the park takes place at night. The fauna in Burren National Park consists of badgers, foxes, ermines, otters, pine marten, squirrels, burrows, rats, mice, bats and shrews; you will also see the occasional hare or rabbit. Bears, however, are long since extinct; good news for the wild goats that roam the area.

Bird watchers will try to spot all 98 species of birds actually recorded in the park, from peregrines, kestrels and merlins to finches and tits. Wild birds use the Burren as a winter quarter, and whooper swans make the most dramatic entrance.

There aren’t really any, but you’ll find plenty of cafes and stores in the villages around Burren.