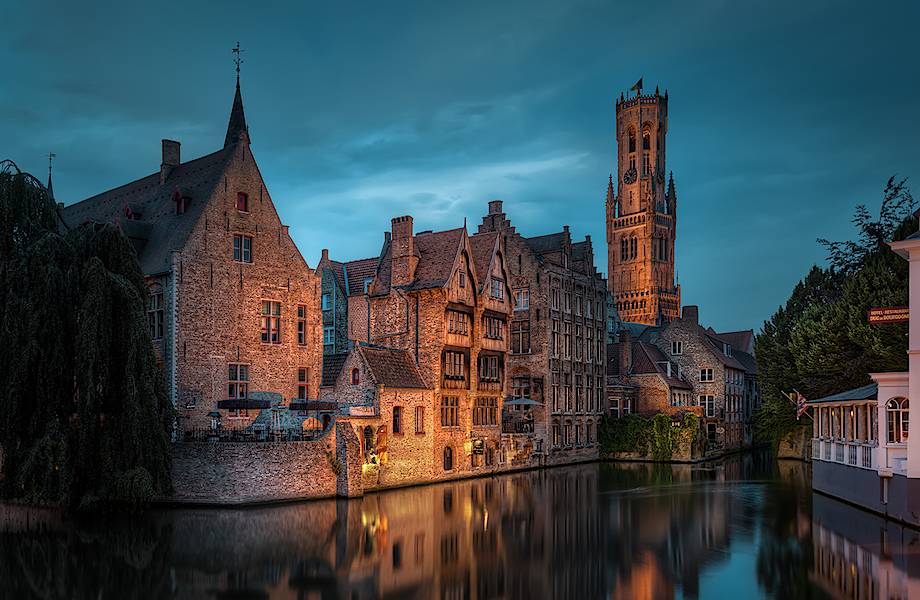 The old city of Bruges is not only the most beautiful in Belgium, but also the most beautiful in Europe. A sense of fairytale will not leave you untouched during your stay here. The city quarters are full of charming gingerbread houses, beautifully groomed swans majestically float along the canals, and pedestrians stroll leisurely along the narrow streets and bridges. The market square is dotted with various cafes, from where the sweetly inviting smells of aromatic coffee, chocolate and waffles waft in.

All kinds of novels and movies have repeatedly described the incredible beauty of Bruges. And with the release of Martin McDonagh’s Bruges Wreckage, it has become even more popular with tourists. The best time to visit this place is summer and Christmas holidays. 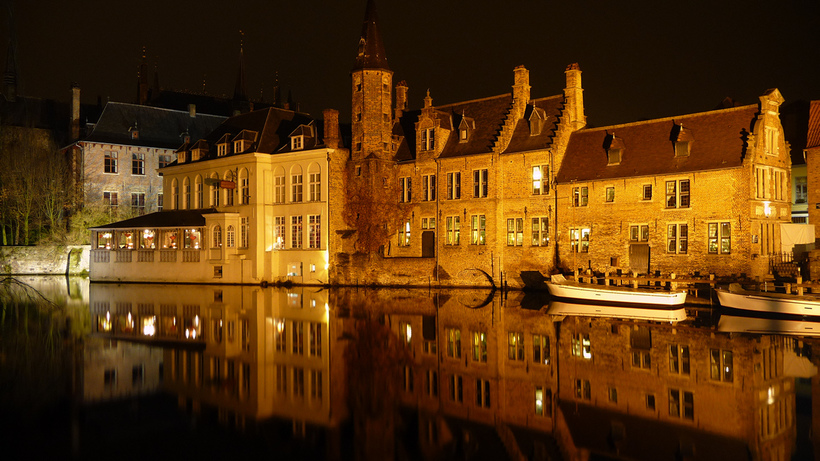 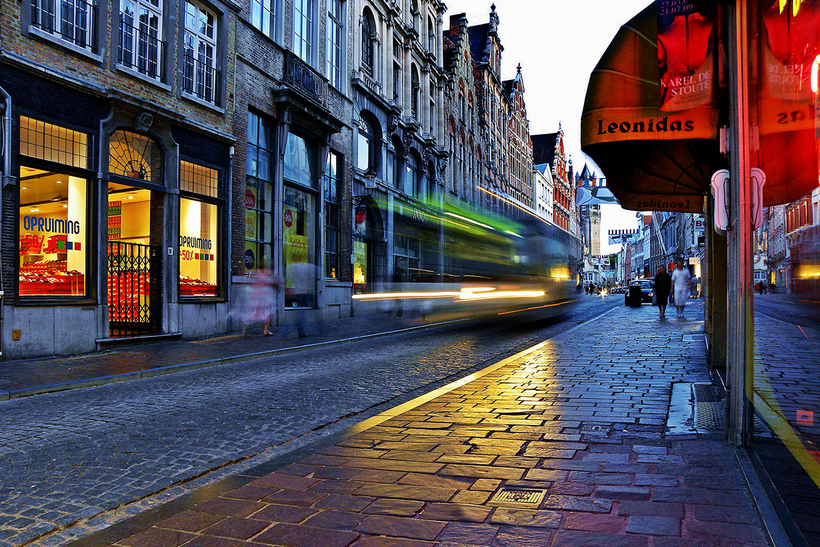 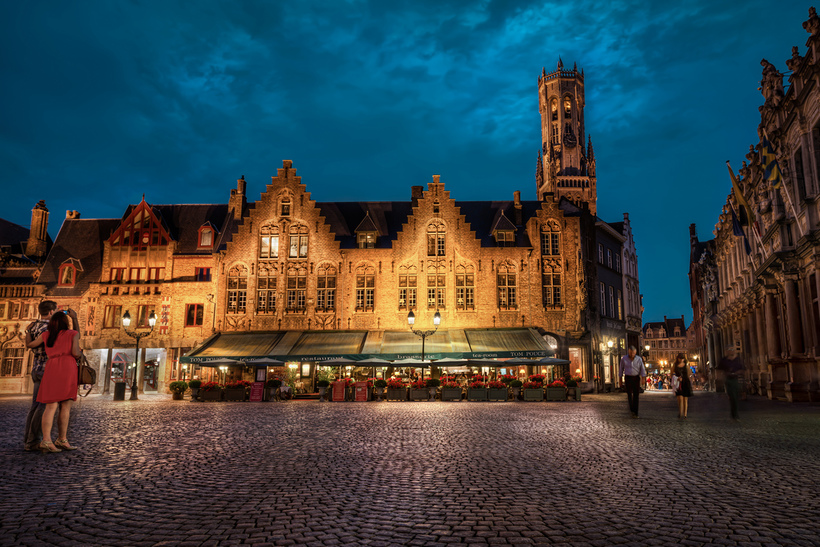 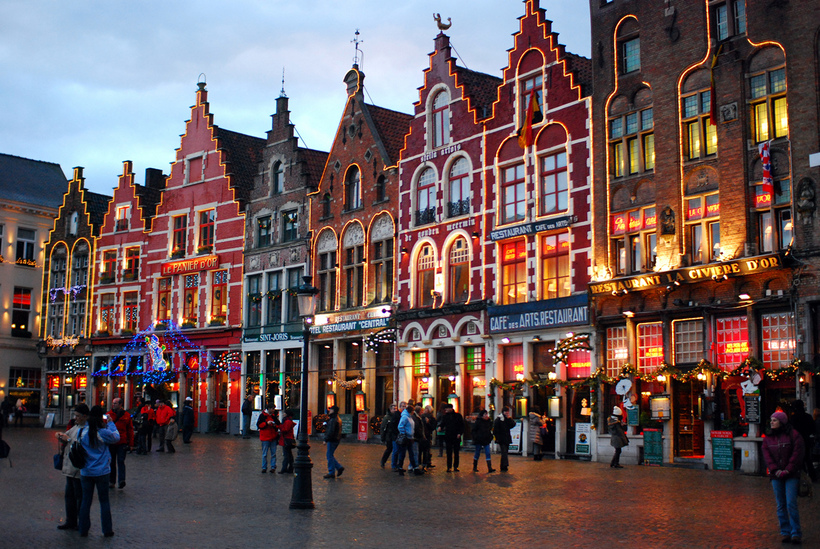 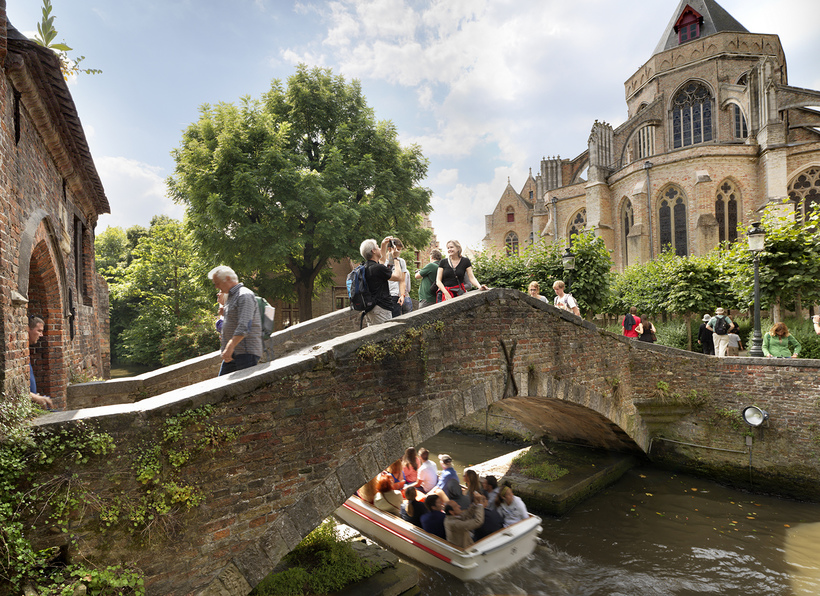 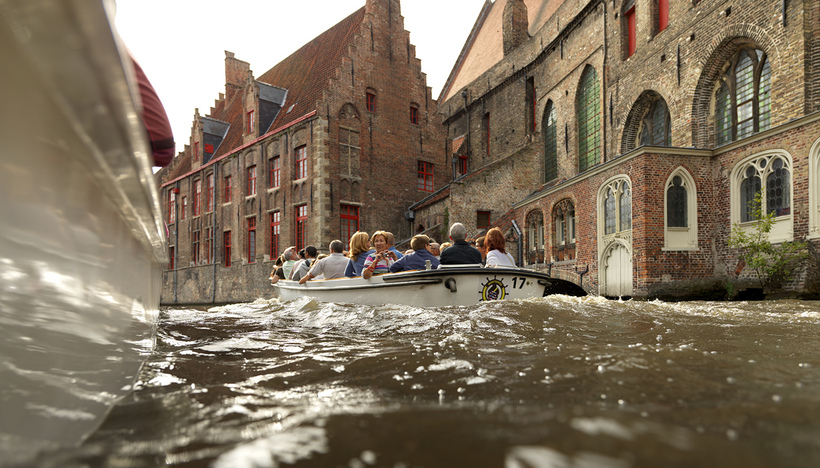 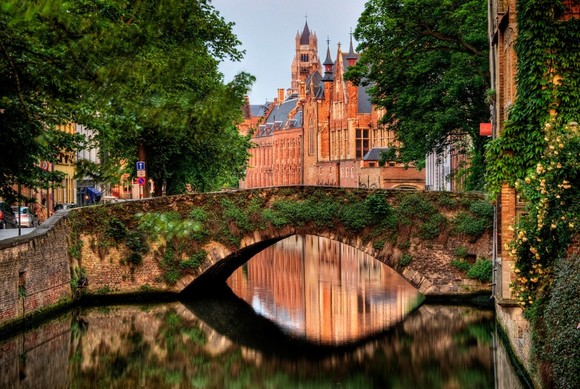 A true corner of medieval Europe, the Belgian city of Bruges looks like the setting for a fairy tale in the best sense. Colorful facades of cozy houses, pointed towers, countless channels, in which swans swim peacefully, old bridges, Gothic towers and churches – the city, which somehow survived all the horrors of World Wars, did not lose its former charm. The great number of exquisitely decorated old buildings and monuments clearly testifies to the majestic past of this city.

The city has remained almost unchanged for centuries, preserving its medieval gracefulness in its original form. Unhurried flow of channels, countless carved facades of fanciful houses, Gothic of old cathedrals, ringing of bells, sounds of a hurdle and clatter of hooves – there is something illusory and fabulous in all this, and the city itself looks like painted on a canvas by a great artist.

Most Russians know Bruges from the novel “The Legend of Till Eulenspiegel” by Charles de Koster or the movie “Lay low in Bruges”. British director Martin McDonagh made a movie in 2008 about the adventures of two criminals who are forced to go to Bruges after a failed assassination attempt. The reactions to the beauty surrounding them were varied. Beauty indeed! For Bruges is one of the most beautiful cities on earth.

In 1892, Georges Rodenbach wrote the scandalous book Dead of Bruges. Curious Europeans come to Bruges and discover an authentic early medieval city, the likes of which can no longer be found in a Europe repeatedly transformed.

The city of Bruges was young thousands of years ago. It was a time of chivalry, a time of heroic struggle.

Seven hundred years ago, it was the capital of Flanders, the largest seaport. It rivaled London and Hansa. It received ships from all over Europe. Fifty-two guilds brought together 150,000 craftsmen. Rich and free city was not afraid of anyone.

Bruges zealously preserves its antiquity. Horse-drawn carriages with a coachman in canotier and streams of cyclists are the masters of its roads. Everyone pedals – officials, monks, mothers with children. It is strictly forbidden to build new houses in the city. You can only restore the old ones.

Bruges is a small city. But it has a lot to be proud of.

In 1302, the first stock exchange in world history opens in the house of the Ter-Burz brothers. as a result, a new market for financial services and insurance emerges. Bills of exchange and promissory notes are put into circulation. More than forty countries have their trade offices in the business district of the city. In 1480 Memling paints the shrine of St. Ursula. In 1501, the Muskron family brings a statue by Michelangelo, “Madonna and Child”, to Bruges and presents it to the cathedral.

In the center of the city, near the town hall, stands the Basilica of the Holy Blood, which keeps a priceless relic – a piece of sheep’s wool soaked in the blood of the crucified Christ. It is sealed in a glass vessel and placed in a silver casket. During the Feast of the Epiphany the shrine is taken out of the casket, and it can be touched.

Dear ladies! You’ll be thrilled with the intricate patterns of tiny lace in lots of colors, napkins, tablecloths, tapestries, dolls, elegant handbags, lace umbrellas and many other beautiful souvenirs. Bruges was famous in the 16th century for its fabulous fabrics, tapestries and wonderful lace, which was so highly valued that only royal European houses and richest families could buy it. It was in Bruges, where the amazingly delicate and intricate lace was woven – the “witch’s stitch” invented here, which requires from 300 to 700 bobbins.

READ
The most interesting ancient ruins of Turkey

A separate topic is chocolate.

Belgium is rightfully considered the leader in the production of this sweet delicacy. The secret of this leadership is simple: the best varieties of cacao beans are produced in Congo, and Congo, as it is known, was a Belgian colony in the past. Therefore, in this European country chocolate masters use only selected raw materials. The amount of chocolate produced in Belgium per capita is the highest in the world. In this small country of the size there are 12 chocolate factories, 16 chocolate museums and more than 2000 stores, where this dessert is sold. Exquisite Belgian chocolate brands like Godiva, Guylian and Leonidas are hugely popular all over the world because of their excellent quality and beautiful packaging.

For the last 25 years Godiva has been voted the best chocolate manufacturer in all the world competitions. It is a favorite chocolate of the Queen of England. It is served at the receptions of the Queen Mother of the Netherlands and the King of Belgium buys chocolate Easter eggs only of Godiva brand. Belgian Godiva chocolate has an interesting history of brand creation. The owner of a small store, located in the center of Brussels, Joseph Dra began producing chocolates to please a girl. Such a colorful gesture conquered the heart of the chosen one, but the hearts of the city residents as well. Thus began the history of one of the most famous brands in the world.

Belgians’ passion for chocolate is evidenced by the myriad dedicated chocolate shops-boutiques, often serving handmade sweets. The assortment of such a boutique usually consists of several dozen kinds of candy. You can take a sample of one or two of each type and wrap them up like jewelry in an elegant box

The masters of chocolate making are not afraid of experiments: they boldly add thyme, orange, pepper, basil, olive oil and a variety of perfume essences to their creations. For example, Belgian chocolate, created on the basis of tropical flowers, brings people into a state of slight euphoria. The secret of producing an extraordinarily delicious and high-quality product is passed on by generations.

READ
Christmas Holidays in Porvoo: Why is this Finnish pearl so popular with tourists?

The stronger half of mankind will also have something to please!

In Belgium, making beer is considered a form of art–in most monasteries the art has been passed down from generation to generation for many hundreds of years. Although it is made from common ingredients, it also includes the beautiful surrounding air, crystal clear water, and the ambition to make the best product in the world.

Belgium is sometimes called the beer kingdom. Indeed, it is phenomenal how in such a small area more than 130 breweries can operate, some of which employ just a couple of people. This state is famous for its top-fermented beers, especially those with extracts of various fruits. And you can find some of its brands in any good pub, from Moscow to London.

Of course we will try the most famous and delicious varieties!

Bruges can safely be called the most visited city not only in Belgium, but probably the whole of Europe. The narrow paved streets with medieval architecture, winding canals and ivy-covered historic bridges give Bruges an inimitable romantic charm. This city is completely devoid of philistine stereotypes, snobbery, and vanity.