Brazil is one of the five largest nations in the world. Its territory has a huge number of attractions – both natural, architectural and historical. 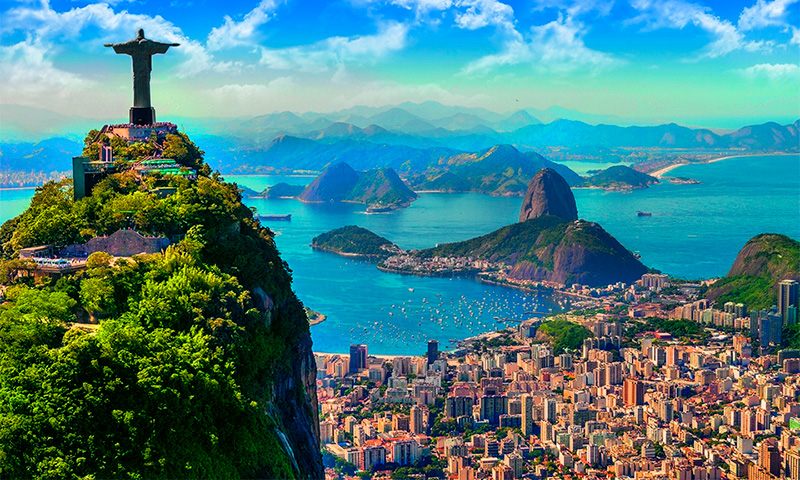 Who should go to Brazil and why?

There are many cultural attractions in this bright and hospitable country. The most famous is the statue of Christ in Rio de Janeiro – it is definitely worth seeing if you find yourself in Brazil. The Royal Library of Portugal, the Palacio de Planalto and the Teatro Amazonas are also worth a visit. In the Museum of Modern Art and Fort Copacabana you can learn a lot about the history and culture of the country.

If you like quiet walks and animal watching, go to the bird park, the Pantanal protected area or the Tijuca National Park. You can go to see the Iguazu River waterfall complex, and from the heights of Sugar Loaf Mountain you can admire incredible views.

Statue of Christ the Redeemer 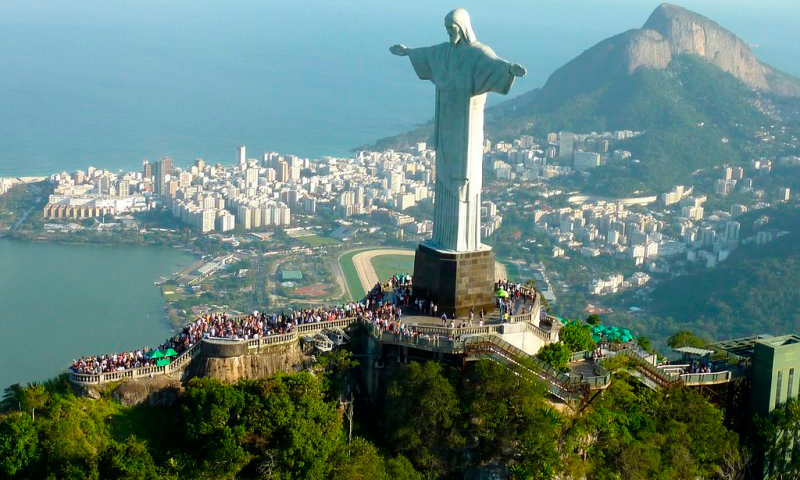 The statue is a landmark of Rio de Janeiro and the whole of Brazil. The 38-meter tall statue sits atop Corcovado Mountain, which offers spectacular views of the city and beautiful bays.

Construction of the statue of Christ was timed to coincide with the 1,000th anniversary of the country’s independence and began in 1921. The opening and consecration of the monument took place 10 years later. 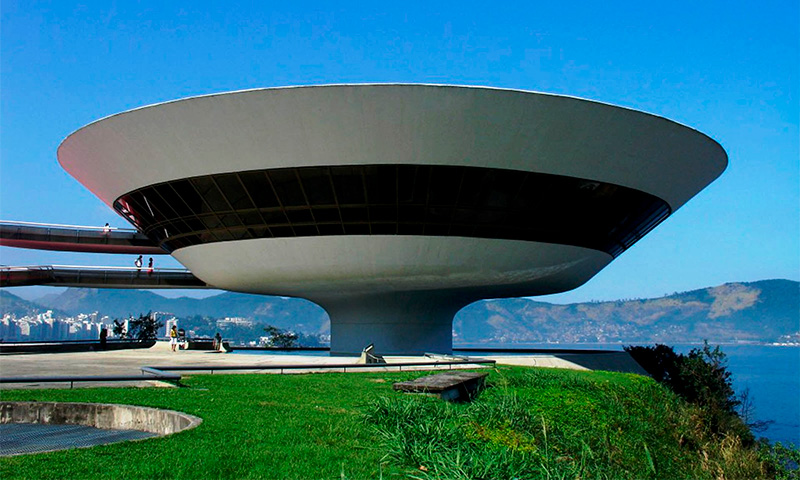 The museum is located in Rio de Janeiro and is one of the most important cultural institutions of Brazil. It opened in 1948 – at the time, a large collection of art from around the world was on display there.

In the late ’70s, the museum had a fire that destroyed a large part of the collection. But today, there are about 11 thousand pieces on display, including sculptures, paintings, graphics, and more.

READ
5 epic adventures in the state islands of Western Australia

The cathedral of Our Lady of Carmel 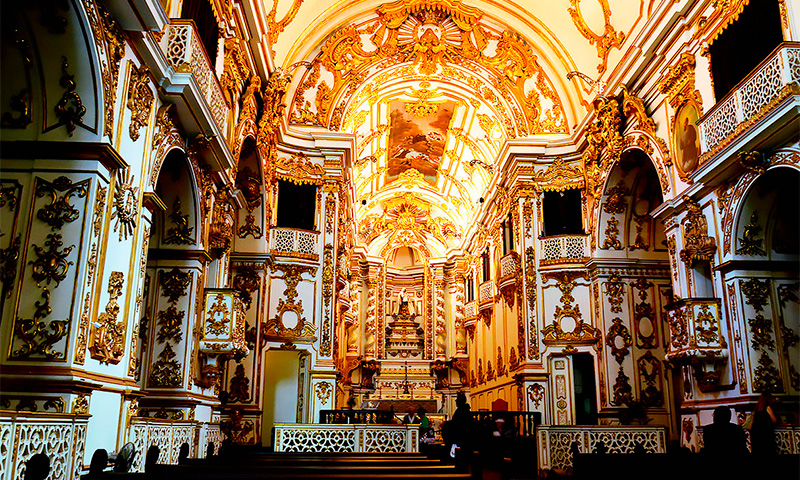 A Catholic church located in the center of Rio de Janeiro, it was built in the 17th and 18th centuries. Only the first floor of the exterior with three portals has survived unchanged, while the façade and towers have been reconstructed.

In the facade niche is a statue of St. Sebastian, the patron saint of the city. The interior decoration of the cathedral is made in rococo style, and near the altar there is an urn with the ashes of Pedro Alvarez Cabral, the discoverer of Brazil. 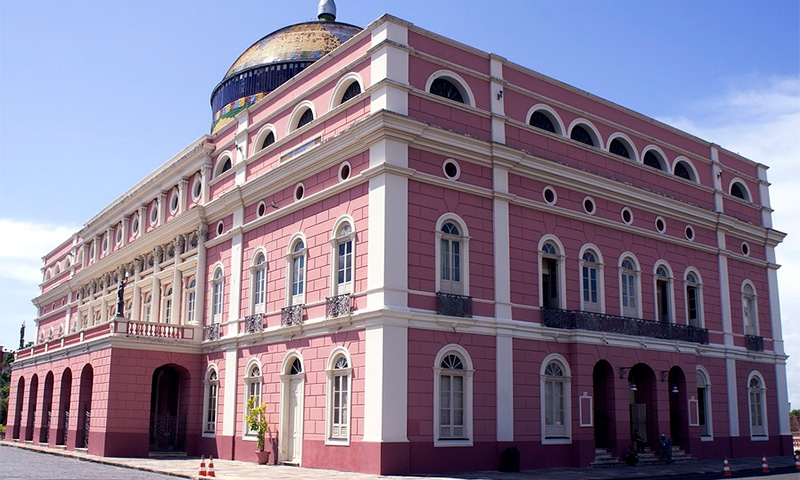 The building of the opera house is located in the center of the city of Manaus. It was built during the “rubber rush” at the turn of the 19th and 20th centuries. The demand for rubber soared at the time that local planters became rich and were able to hire famous opera singers.

After the ruin of the rubber business owners the theater fell into disrepair and was abandoned, but in 1991 it received a second chance. Now it hosts the Amazon Opera Festival every year, which attracts thousands of visitors from all over the world. 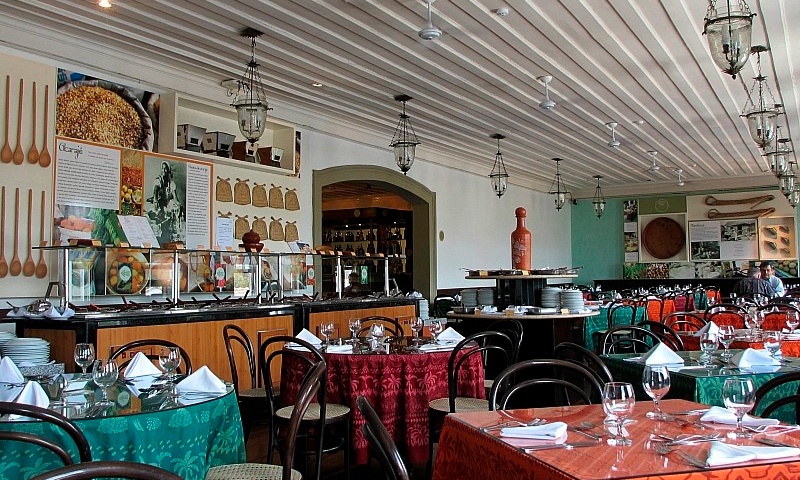 Located in El Salvador and is distinguished by a very unusual exhibition, which introduces guests to the history of national cuisine and customs of the country. Not only classic exhibits, but also videos are offered to the attention of visitors.

The museum has a restaurant where you can try many of the dishes the guide tells you about. There is also a souvenir store. 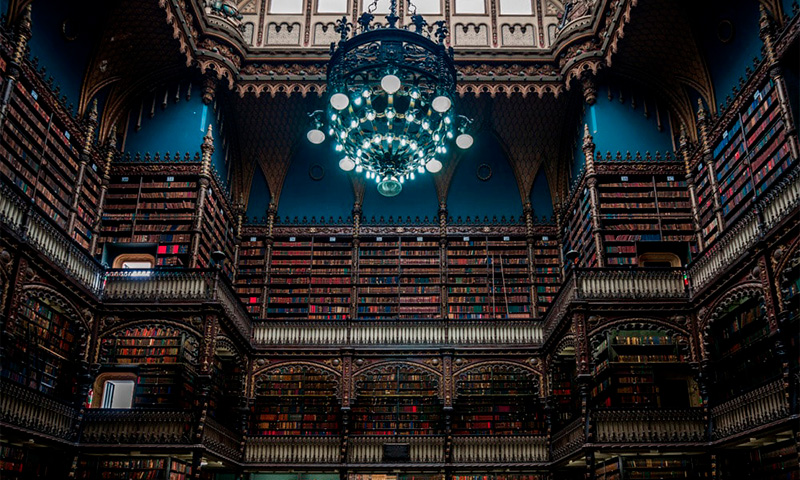 This massive old building can be called a true temple of science and knowledge. Its grandeur is striking not only in appearance, but also in the interior (mostly wood).

Once inside the library, you find yourself in the realm of books, which are neatly arranged on carved shelves rising to the ceiling. The latter is richly decorated with transparent mosaics – through its colored panes, light enters the library. 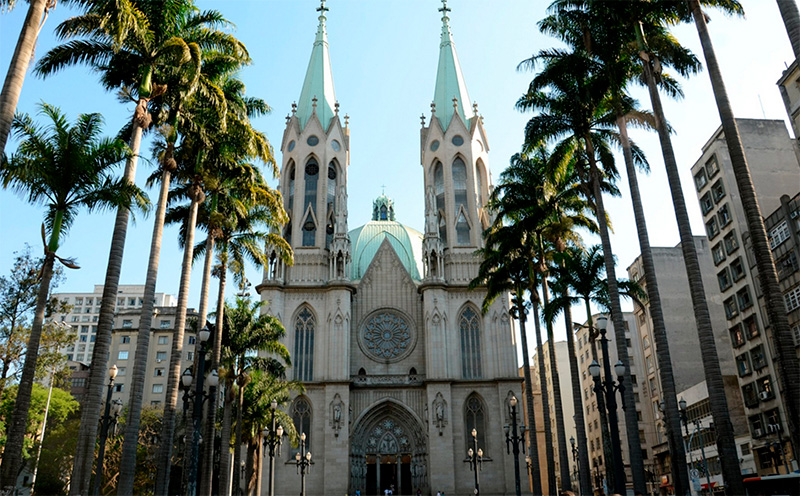 The construction of the Neo-Gothic-style cathedral began in 1913, but it was not opened until 40 years later, as the work was badly hampered by the wars. It is the main Catholic church and the largest church in São Paulo. It is shaped like a Latin cross with a dome and five naves. A special feature of the cathedral is the organ, which has five keyboards and 12 thousand pipes. 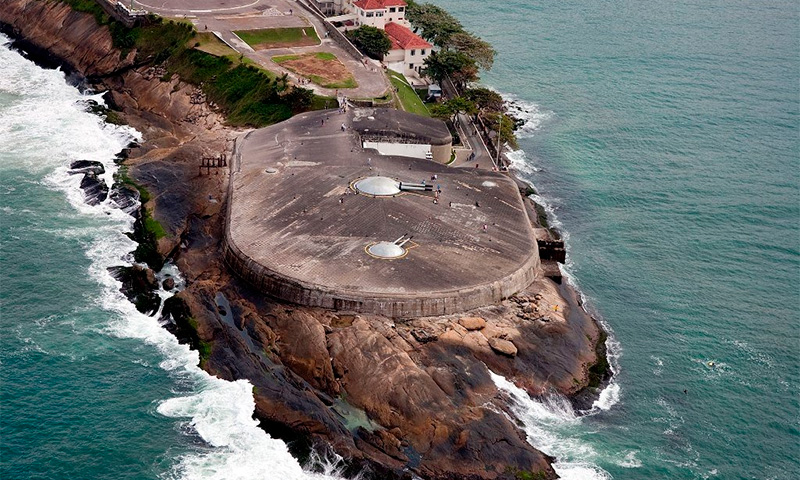 At the beginning of the twentieth century the fort was erected to protect the city, but closer to the next century the political situation stabilized and the need for a security structure was no longer necessary. Therefore, Fort Copacabana became a museum of the Brazilian army.

The exposition tells about the construction and the principles of use of the fortifications. There is a regular changing of the guard ritual for visitors. There are also concerts of the military orchestra. 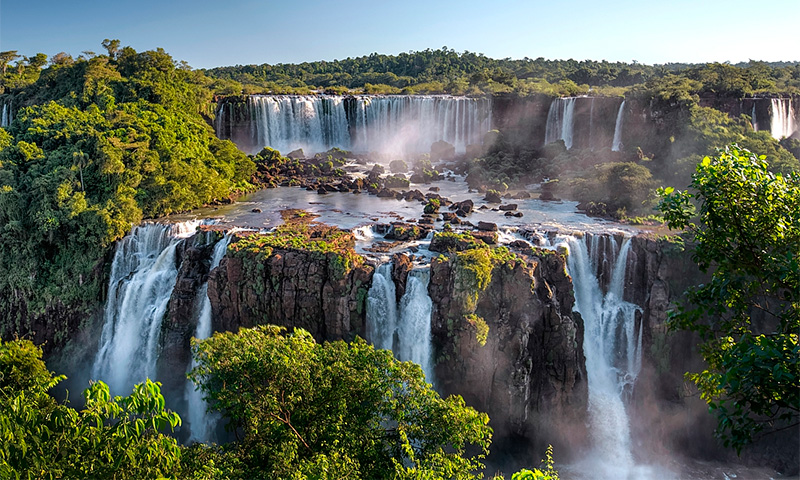 This waterfall can be called the most beautiful natural attraction of the country. It is part of the Iguazu River cascade complex on the border with Argentina. The best time to admire the waterfall is on a sunny day, when clouds of small splashes reflect bright rays of light, forming a rainbow. There are safe viewing platforms for tourists everywhere. 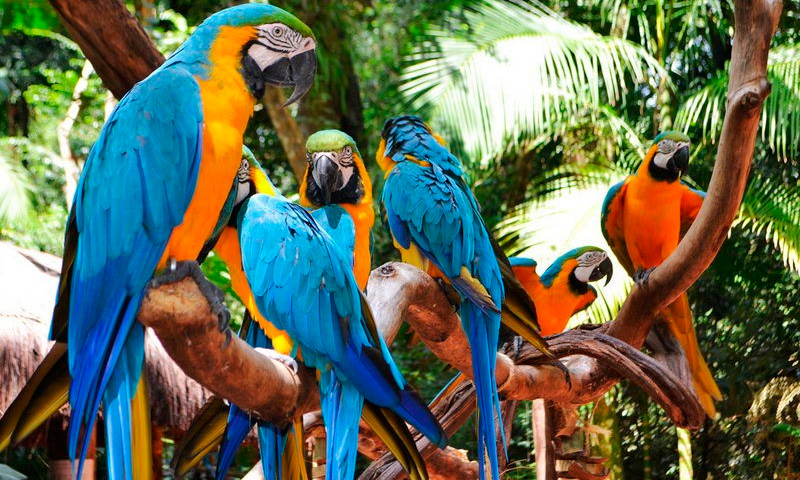 On the territory of 17 hectares of birds live in a natural environment. They are in huge aviaries where visitors can enter to interact with the feathered residents.

Tourists especially like toucans, which are eager to make contact with people and give into the hands. The park has a total of about 900 different species of birds, including exotic parrots, herons, falcons, eagles, ostriches, flamingos and many others. 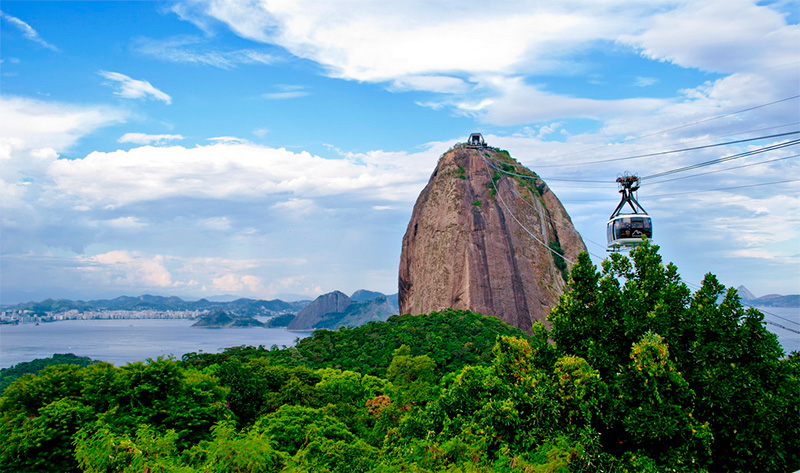 This rock, which gave its name to the mountain complex, is a symbol of Brazil along with the statue of Christ. Its name comes from the fact that when sugar was produced from cane, the product was transported in pieces of a similar shape.

You can get to the mountain by means of a mechanical elevator or on foot via a climbing route. Sugarhead is surrounded by the waters of Guanabara Bay, which together with the scenic nature makes this place attractive to tourists. 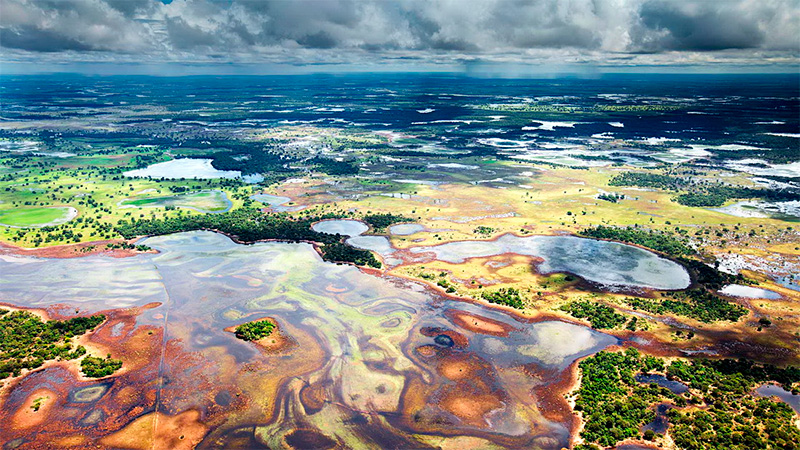 The Pantanal is a huge marshy area covering 150,000 km2 and is a tectonic depression which joins the deltas of the Paraguay and Cuiaba rivers. Due to frequent floods, it has become a swamp.

The Pantanal is a protected area, home to rare plants as well as exotic butterflies, animals and birds. Here you can go on safari by boat, catch and roast piranhas on a fire, communicate with monkeys. 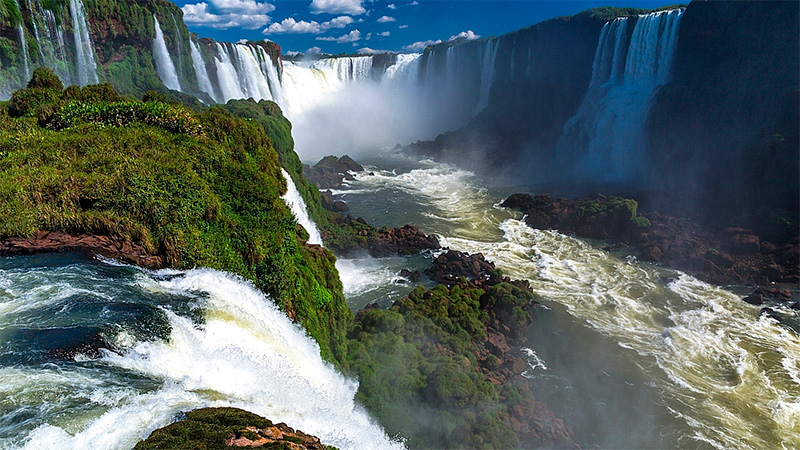 “Devil’s Throat” is also part of the Iguazu complex. This unusual waterfall consists of 14 water streams, which fall down from a height of 106 meters. It was discovered in 1541 by the traveler Eldorado Cabeza de Vaca.

Tourists can watch the powerful waterfall from observation decks, but Devil’s Throat looks best from a helicopter – all streams of water open in one panorama. 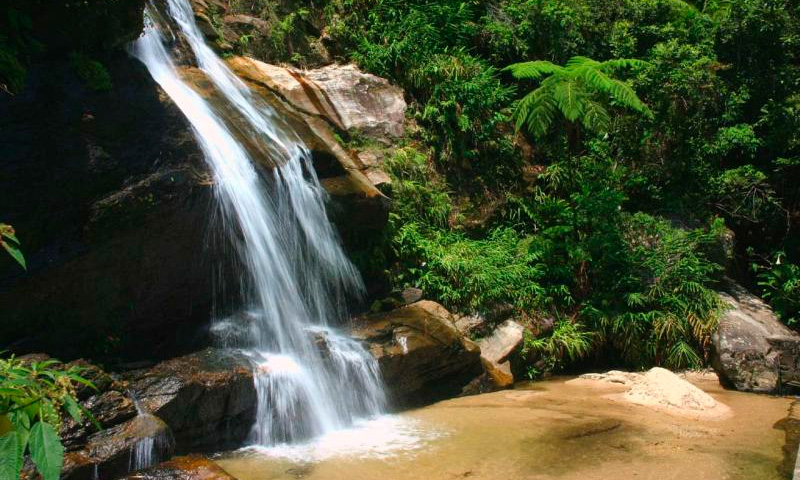 The park was created in 1961 by presidential decree to preserve the rainforest. It is the smallest national park in Brazil – its area is about 4,000 hectares. There live here venomous snakes, raccoons, armadillos, primates, lizards and anteaters. There are also a lot of birds: you can see different parrots, hawks, buzzards and hummingbirds in the park. 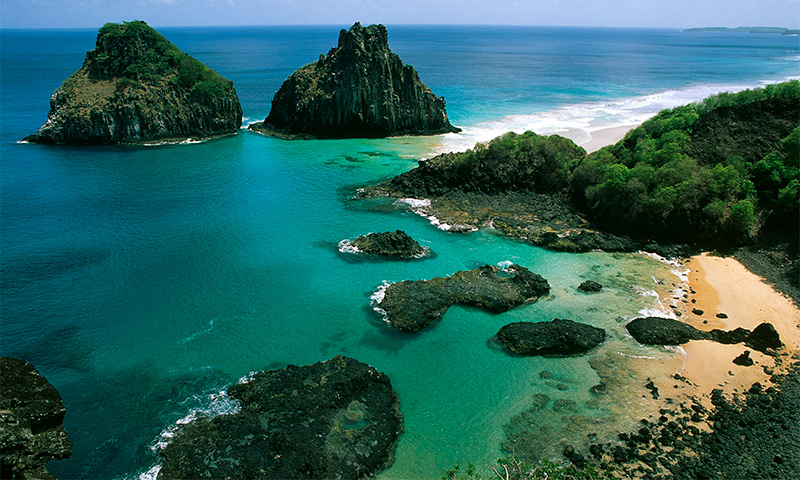 The archipelago consists of more than 20 islands of volcanic origin, with only one of them, the largest, inhabited. The island has a fairly well-developed infrastructure: there are hotels, an airport, many restaurants serving seafood.

Clean water and deep places near the archipelago attract diving lovers. Also on the island is the famous beach Kakimba do Padre, which is ideal for surfing. And the Gulf of Golfinchos is home to spotted dolphins. 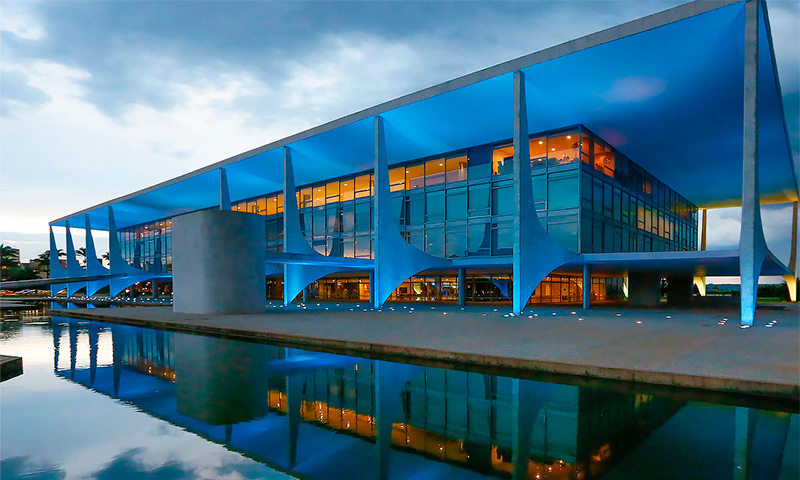 The palace is located in the capital of Brazil and is the official residence of the country’s president. It also houses the offices of the chief of staff and the vice president. The main building has five floors and a helipad.

Temporary thematic exhibitions of the federal government are held in the lobby of the palace. The largest hall is the Hall of Mirrors and is used for ceremonial events. It is decorated with sculptures and frescoes by modern masters. 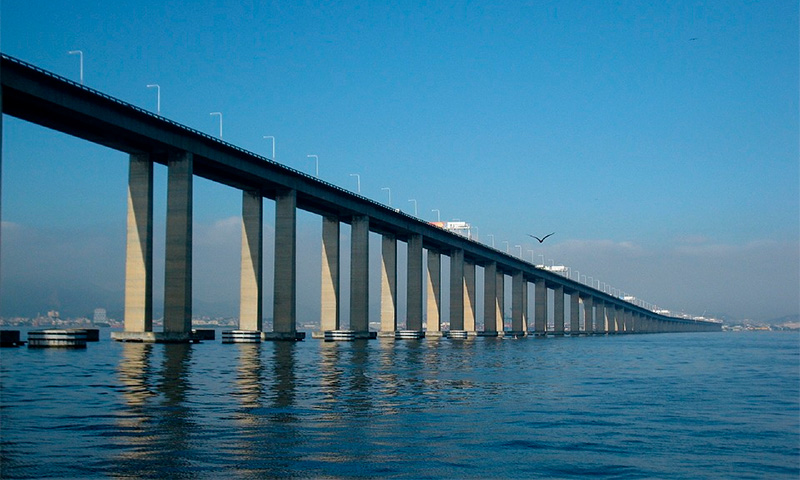 The largest bridge in South America, also called the Costa y Silva, is a girder structure and crosses Guanabara Bay, connecting Rio and the municipality of Niteroi. At its highest point, the bridge reaches 72 meters, so large ships can enter the bay unimpeded. 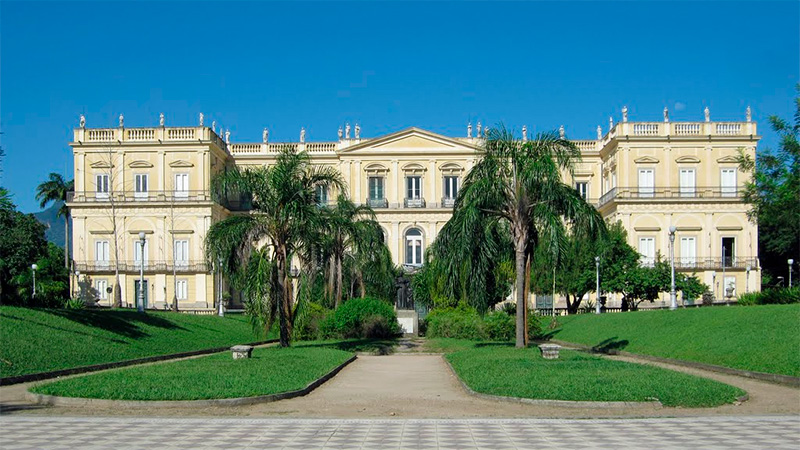 The Neoclassical imperial palace is located in the city park of Quinta in Rio de Janeiro. It was originally the residence of the Portuguese royal family and from 1822 it was home to members of the Brazilian emperor’s family, who left the palace after the declaration of the Republic. Today the building houses the National Museum of Archaeology and Anthropology. 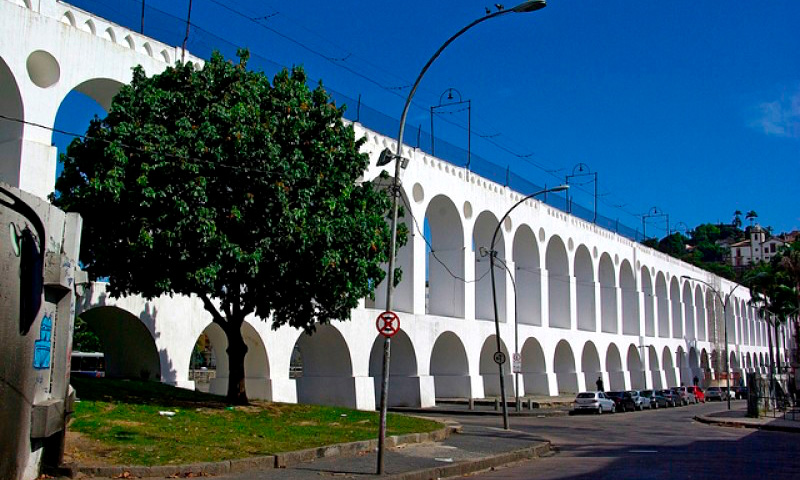 The aqueduct in the center of Rio de Janeiro is a unique bridge that had important historical significance. It is an impressive example of colonial architecture that served to bring water to the inhabitants of the city from the Carioca River.

At the end of the 19th century it was turned into a bridge for postal streetcars and later adapted to carry passengers. The aqueduct offers a beautiful view that fascinates locals and visitors. 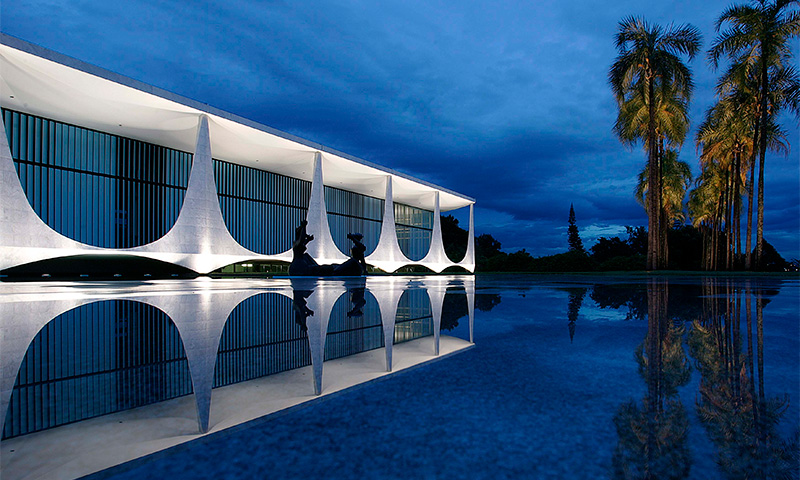 In the palace, which is located in Brasilia on the shore of the artificial lake Paranoa, lives the president of the country with his family. The building has three floors and covers an area of 7000 sq. km. The first floor is intended for official receptions.

The second floor is occupied by the living quarters of the president’s family and guest rooms. The basement is occupied by a kitchen, administrative block, medical center and a conference room. 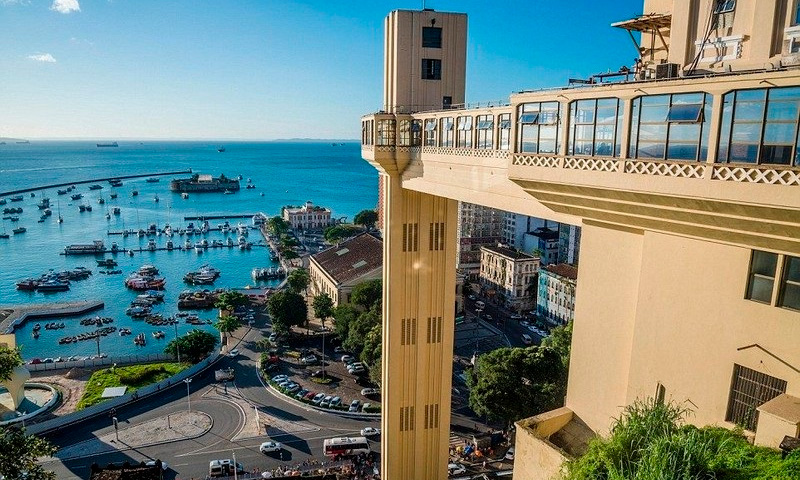 An unusual elevator, which serves as public transportation, is located in El Salvador. The city is located on the coast of the ocean, so it is characterized by strong variations in altitude.

For the convenience of movement was created a special elevator, which consists of two towers: in one are placed elevator cabins, and in the other – counterweights. With the elevator you can get from the Lower Town to the Upper Town and vice versa.