The most beautiful cities in Brazil 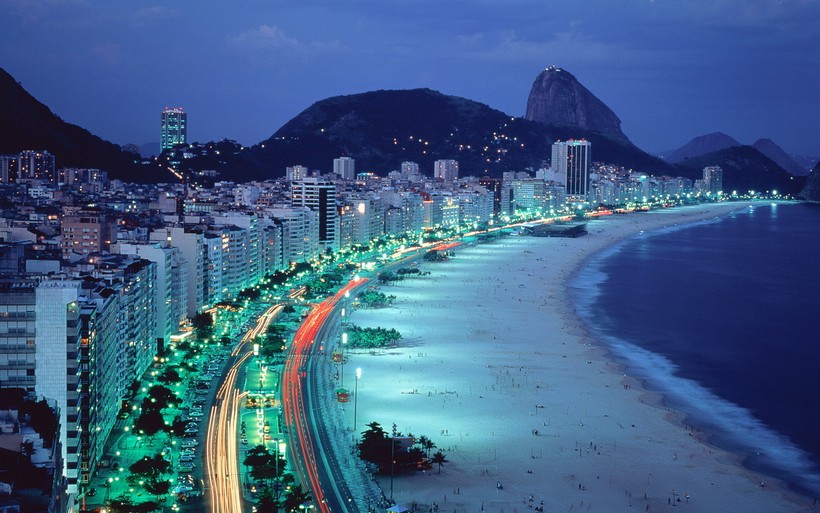 The country has a population of 212,804,996. In terms of racial composition, most of the population is of mixed marriages.

Brazil is one of the most attractive places for tourists. It amazes with the unique nature, beaches with golden sand, clear water of ocean. Very attractive people are Amazon with its impassable wilds, waterfalls, world famous Brazilian carnivals.

Top 10 the most beautiful cities in Brazil

Rio de Janeiro surprises with its contrasts: the poorest neighborhoods are on the slopes of the mountains, they are called favelas. It is home to one-fifth of the city’s population. The authorities are trying to improve living standards, but so far it turns out badly. Tourists are better not to look here because of the high crime rate. 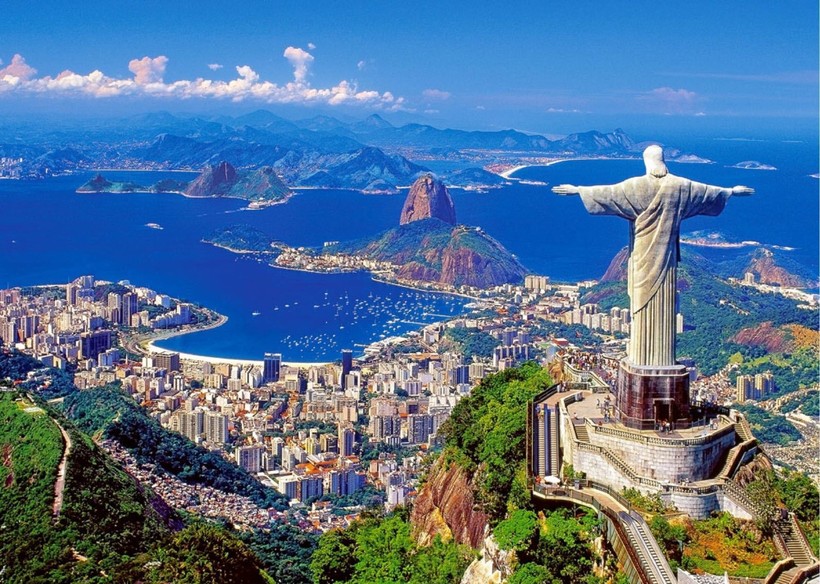 It is impossible to describe in words the carnival in the city, it’s a colorful, stunning spectacle, in which the samba schools take part. Carnival has made Rio famous the world over. A more spectacular event is not held anywhere else in the world. For 5 days, the city partying, celebrating, and dancing. Carnival begins every year on the Friday and ends the Tuesday before Lent. Many tourists try to get to Rio de Janeiro during the holiday season. But it is important to remember that during this period, the cost of hotels and services increases.

To visit the sights of the metropolis, you need a few days. The first thing to do is to head up Mount Corcovado, where the famous monument of Christ the Redeemer is located – one of the Seven Wonders of the World. Another must-see is Mount Pan di Azúcar (Sugar Loaf Mountain), which offers beautiful views of islands in the ocean, beaches, and the statue of Christ. There are many museums and palaces in the metropolis, which can take all day to view. Other must-see places:

Everyone coming to Rio must visit the city’s beaches. The most prestigious are considered Leblon, Ipanema, Copacabana.

An unforgettable New Year in Rio de Janeiro. Locals traditionally dress all in white and make offerings in the form of flowers to the sea goddess Imanja. The whole event takes place on Copacabana Beach, the festive Christmas tree is set up on a special platform in the center of the lake. At 12 o’clock at night, numerous fireworks explode in the sky, this show lasts 20 minutes. After the carnival and disco.

São Paulo is a bustling and populous metropolis

The largest city in South America is considered one of the most crowded and populated cities in the West. It is home to many different peoples, including Arabs, Japanese, Indians, and Africans. The total population is 12,106,920 people. São Paulo is famous for its many rivers and mountains. Throughout the metropolitan area runs the Tiete River, which used to be a source of water for the local population. Unfortunately, today the water in it is not suitable for drinking, the local authorities are conducting numerous programs to purify water in the Tiete. 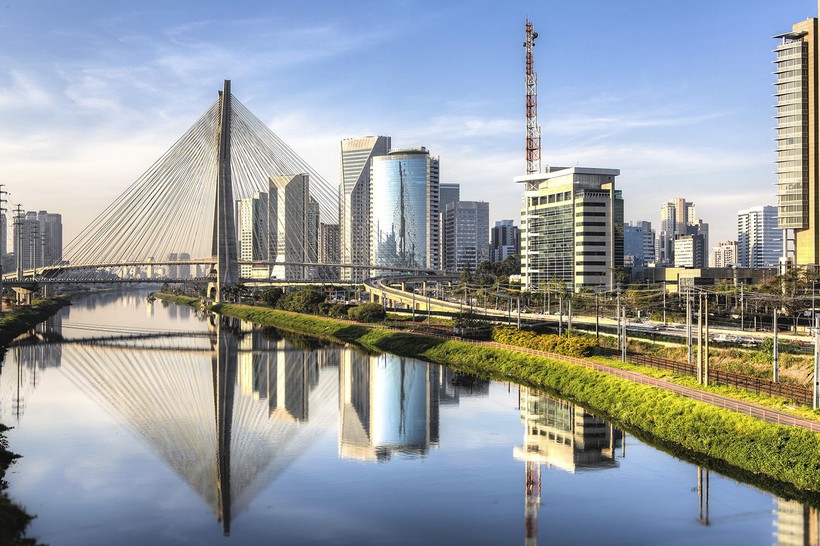 The metropolis is built up with skyscrapers of metal and glass, preserved here a lot of architectural structures, ancient churches, historical museums. São Paulo is a huge city, where there are concentrated unique, beautiful places, which should be visited by every visitor:

Florianopolis is a colorful resort town

A town on the island of Santa Catarina is famous for its beaches with the cleanest sand, traditional fishing villages, restaurants where you can taste the freshest seafood. The beaches on the north side of the island are always packed with tourists during the vacation season and there are exclusive neighborhoods where many Brazilian celebrities have built their homes. Located on the eastern side of the island, the beaches are famous for the waves that lure the surfers here. In the center of Santa Catarina, there is a small lagoon surrounded in part by dunes. The lights of nightclubs, restaurants, and cafes lure visitors here.

The city is amazing already because it was founded by Germans in 1850. A large part of the population is represented by the descendants of Germans, there are many descendants of Italians whose ancestors inhabited the area around Blumenau. All this has left its mark on the appearance of the town, the architecture and culture. Every year here is held Oktoberfest, which attracts over 700,000 people. It is the largest beer festival in South America.

Blumenau is a very quiet and pleasant town, which is perfect for those who like to relax in silence, away from the hustle and bustle of metropolitan cities. German culture is reflected in the old buildings with Alpine architecture, traditional half-timbered houses, crafts, art, traditions and gastronomy of the inhabitants. In the center of Blumenau there are colonial buildings and flowering gardens. Historic buildings are protected and restored by the citizens. Tourists should not miss the Villa Germanica – a stylized town with stores, cafes and restaurants. This is where the Oktoberfest is held. Beer in Blumenau is brewed a lot, there is no problem with the drink here. There are restaurants in the city, where you can taste different varieties of beer, snacking on Bavarian sausages. Museums of the city:

Other interesting attractions in Blumenau:

There are about 40 shooting clubs in Blumenau; nowhere else in the world are so many such clubs concentrated. 68% of the territory of the city is occupied by Atlantic forests, a lot of park areas in the municipality, there is a botanical garden.

Paraty is the smallest colonial town in the country

Paraty was founded in the 17th century by the Portuguese colonists. In their language the town’s name translates as “Fish River”. Gold was once mined here and the port for the export of this precious metal was concentrated. Today Paraty is a popular tourist destination, one of the smallest colonial towns in Brazil. It is a kind of open-air museum with cozy streets, beautiful houses with tiled roofs, ancient churches. There are many sandy beaches and islands in the coastal areas. There are wonderful conditions for diving. 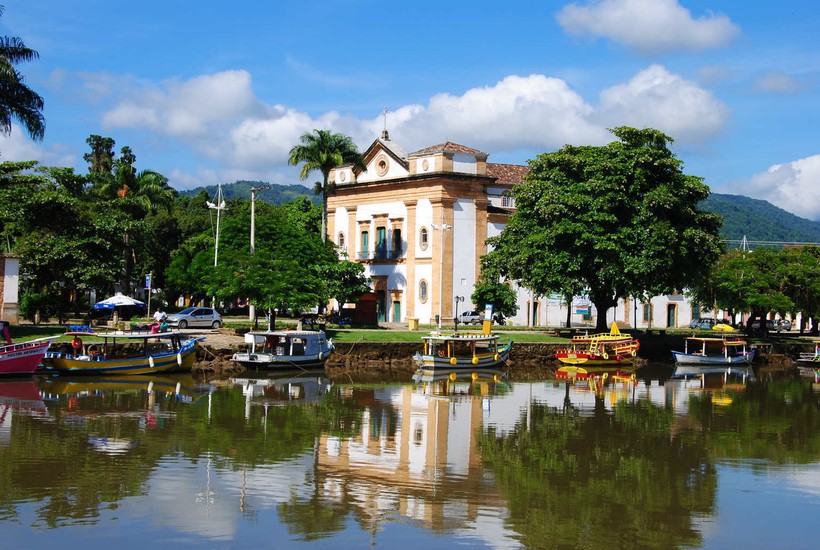 It is worth visiting the following places in Paraty:

READ
10 most amazing places on Earth, which should definitely be visited

An attractive place with old houses, museums and churches is located in the east of Brazil. Because of its mountainous terrain, the city features very steep cobblestone streets. Founded in 1711, Oru Preto was a major center of Brazil’s gold rush. When the gold reserves dwindled, the town emptied out and was forgotten until 1950. On the plus side, it helped preserve the local colonial architecture. Today the city is a popular tourist destination, with many churches, bridges, and fountains for visitors to see. Thanks to its outstanding Baroque architecture, Oru Preto is the first city in Brazil to be listed as a UNESCO World Heritage Site.

The atmosphere of the city still feels like the era of the gold miners. There are many places of interest here that are worth seeing. There is a monument to the independence fighter Tiradentis in Tiradentis Square. Not far from the square rises the building of the former town hall, the Governor’s Palace and the courthouse. In the city there are many churches in the colonial baroque style:

Of the theaters it is worth visiting the Catina Nardi puppet theater, the municipal and city theaters.

The city is rich in museums:

Brasilia – a UNESCO heritage of humanity

The state capital is located in the heart of Brazil and surprises with its unusual layout. If you look at Brasilia from above, it looks like a flying jet plane. Visitors to the metropolis admire the architecture, which is extraordinary and unique. The city was proclaimed a UNESCO heritage of humanity. 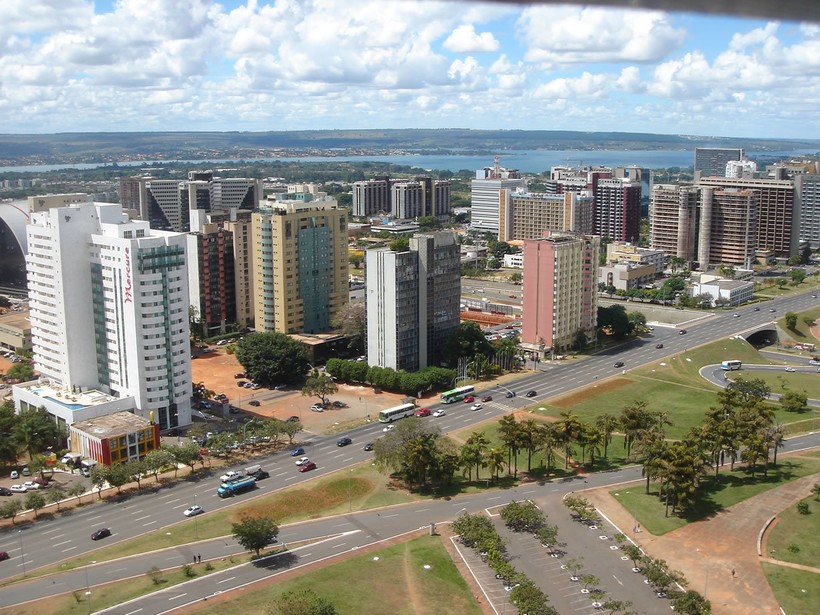 A large city, capital of the state of Mato Grosso do Sul. The name translates as “large camp.” Located on the plains, most citizens are migrants from Bolivia, Paraguay, Arab countries, and Japan. Campo Grande is one of the most developed cities in the country. The main attraction is the Parque dos Poderos, where the judicial, legislative, executive bodies of the state are concentrated. Nearby is the Palacio de Cultura, where you can see the work of local famous artists. The city is home to one of the largest natural history and native culture museums in the country, the Don Bosco Museum.

The historic part of the city is interesting with the neoclassical facades of Pensao Pimentel and Solar de Bais. Many streets and avenues in the city are planted with trees. Many tourists visit the nearby village of St. John, where you can see the local village life, buy fresh products carefully grown by the villagers. The village has its own attractions, such as mills, a cane mill, a winery, retro cars, stables, mobile carts, and traditional churches. In the village you can look at the rural architecture with antique furniture, tools.