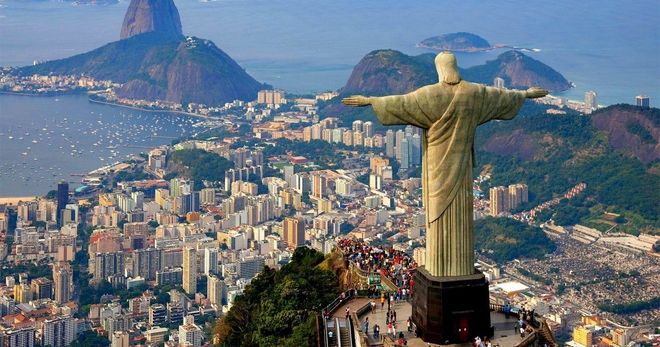 Brazil is a country of rousing carnivals, picturesque seascapes and colonial architecture. Despite underdeveloped infrastructure and social problems, it is still the most popular among South American countries. This is primarily due to a variety of tourist programs. Every tourist will be able to find entertainment in Brazil that will satisfy his curiosity and leave a positive impression of the trip.

Undoubtedly, the main attraction of this country is the rousing carnival processions, the season of which begins in February. Carnival is an entertainment that attracts thousands of tourists to Brazil, ready to plunge into the fun and dazzling atmosphere of samba. And you can appreciate all this flavor not only in Rio de Janeiro or São Paulo, but also in remote settlements. Despite its festive atmosphere, carnival is primarily a competition, in which the best samba schools take part. It culminates in a parade of champions, who perform rousing dances on huge moving platforms: sambodromas. 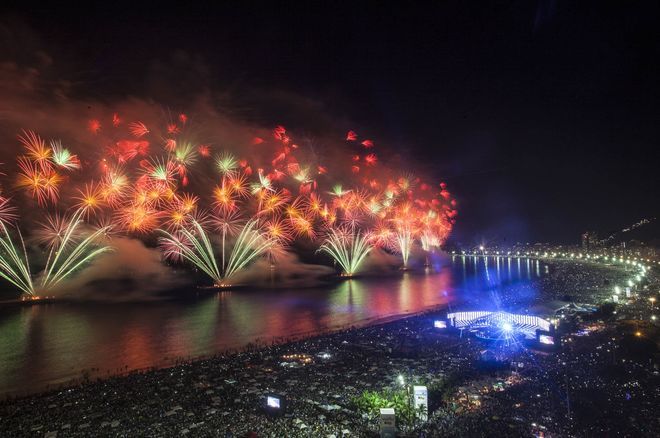 Carnivals are not the only noisy entertainment in Brazil. Christmas, New Year and Labor Day are also celebrated lavishly in the country. It is not customary to celebrate them at home, so these days the streets of the country are quite crowded. Right from central squares crowds flow to beaches, nightclubs and bars. 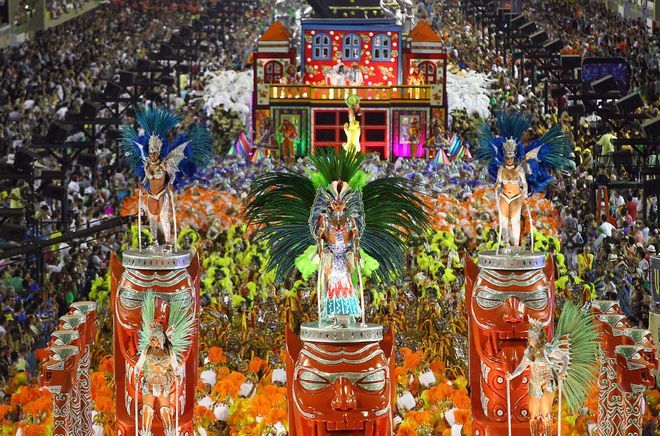 While most tourists spend the first part of the day at the beach, in the evening they head to the clubs. The menu of every Brazilian bar necessarily includes a rousing dance that is performed to live music. Come for dinner at a local restaurant, you can listen to compositions in a variety of styles from local forro to African-American jazz or Argentine tango. This obligatory entertainment in Brazil is absolutely free.

In almost every major city in the country, you can find a free guide that will provide information on evening activities. They are usually located at the reception desk in hotels, restaurants and bars. In São Paulo and Rio de Janeiro, you can catch world-class DJ performances. Other times there are often spontaneous street parties. When the weather is good, hundreds of passersby join the company, and the fun turns into an impromptu party. 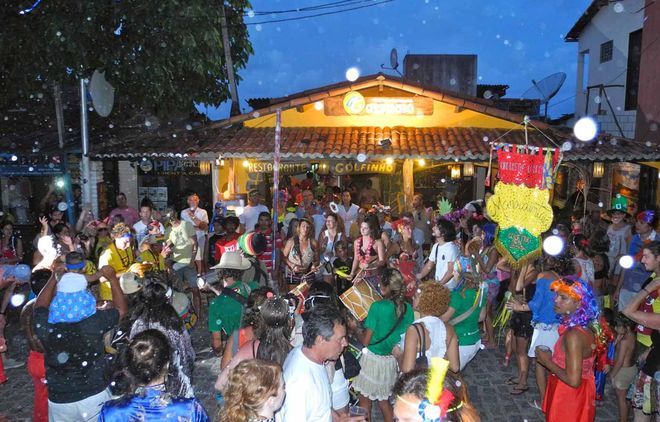 Despite the fact that most travelers go to the country for beach holidays and carnivals, it boasts and developed excursion tourism. Architectural and cultural attractions are associated with the colonial history of the state. That’s why one of the popular attractions in Brazil is to see such monuments as:

No tourist leaves the country without climbing Mount Corcovado, where the famous 38-meter statue of Christ the Redeemer is located. In addition, a great cultural attraction in Brazil will be visiting the opera or ballet theaters located in Sao Paulo, Manaus and Belém. 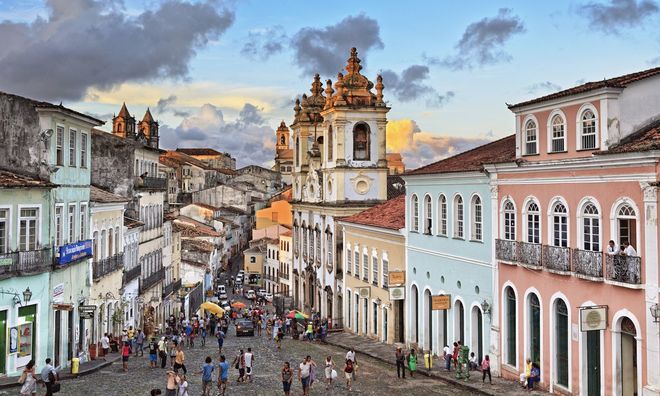 Entertainment for children in Brazil

The hectic nightlife is not a barrier to a comfortable holiday with a child. Every hotel in Brazil has a lot of activities for children – game rooms, water parks, children’s pools. Their visit is included in the room rate. In the rooms are broadcasted channels where you can watch children’s programs in English.

There are a lot of entertainment and outside the hotels in Brazil. Children here can:

Brazil provides not only entertainment for children, but also appropriate infrastructure. You can already appreciate the quality of the latter when getting off the plane. In large airports of the country work crèche (becario), where a child can be washed or fed. 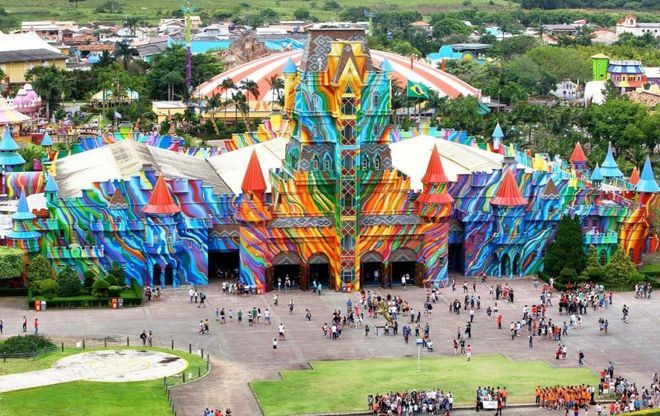 Many tourists go to Brazil for one entertainment – to get acquainted with the local cuisine. It is interesting with its special flavor, which is a mix of culinary traditions of indigenous peoples, African and European countries. Here you can often find chopped beef cutlets with African spices, European salads with olive oil or cocktails with tropical ingredients.

One of the favourites of tourists in Brazil is a visit to the so-called rodizio churrascaria. These places offer a huge assortment of steaks made of Brazilian beef. They are accompanied by meat delicacies, various salads and seafood. These gastronomic celebrations are accompanied by live music and dancing. 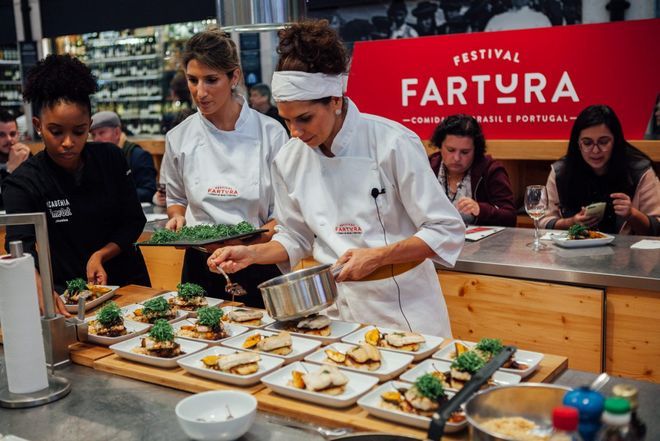 Brazil – a true paradise for naturalists and supporters of ecotourism. Even being within the city limits, you can feel the atmosphere of the tropical forests. This is because many hotels in the country are located directly in the jungle. They are especially popular in Manaus. Favorite entertainment in this city of Brazil are tours by canoe or boat on the Amazon, during which you can:

Fans of extreme entertainment prefer to sign up for hiking tours through the Amazon forests. True, in this case, no one is immune from a meeting with a jaguar or representatives of these Indian tribes. And although to see the wild animals in the jungle is not always possible, the tourist here can catch a piranha, try wild pineapples or see howler monkeys. The cost of such a “wild” tour starts at $5000. 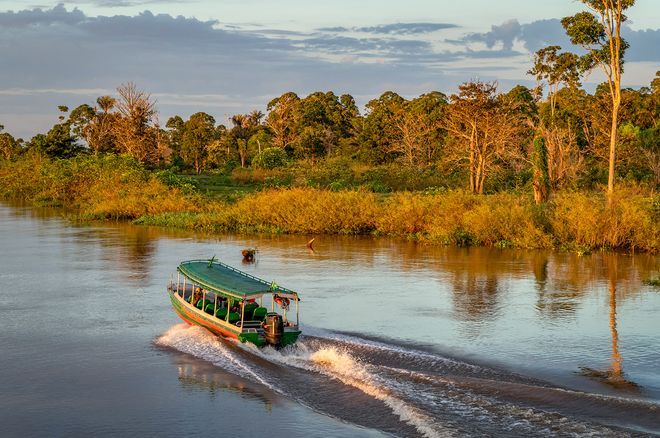 The famous Brazilian resort of Florianopolis is the capital of the state of Santa Catarina. Vacationers are attracted by the sea picturesque landscapes, a variety of attractions and developed infrastructure. The conditions on the local beaches will satisfy even the most fastidious vacationer.

READ
Where to stay in Milos, Greece

One of the favorite activities of tourists in Brazil are its water parks, which are created in many cities of the country. This is a great option for outdoor activities with friends or family. All these water complexes offer slides and wave pools, waterfalls and artificial rivers.

The tropical islands of Brazil are real pieces of paradise on earth. Many adventures can be experienced here: surfing and diving, wildlife watching and climbing to rainforest-covered mountain peaks. Large areas of land are inhabited, while smaller ones are often inhabited by no one at all.

One of the oldest and most beautiful cities in Brazil is Vitoria. There are many places to see which will be interesting to many travelers: palaces and monasteries, cathedrals and churches. Be sure to visit the botanical garden and see the monument to the goddess of the sea Yemangi.