All about beaches in Borneo Malaysia

The island of Borneo can be safely called a unique place, which combines unusual for other places on earth flora and fauna. In Indonesia, this island is also called Kalimantan. Only here on Borneo stand the forests, which are much older than the Amazon and they are considered the oldest. In addition, some of them grow only on the island and nowhere else. The local rain forests are mostly over 130 million years old.

The island is also rich in diamond deposits and oil. However, Malaysia’s share of it is not much.

All this and more attracts a large number of tourists every year. Some come to enjoy the beach, some to explore the sea by diving, and there are tourists who are attracted to the local forests. They seem so wild and untouched, that anyone who dares to get there, surely can feel like a pioneer. 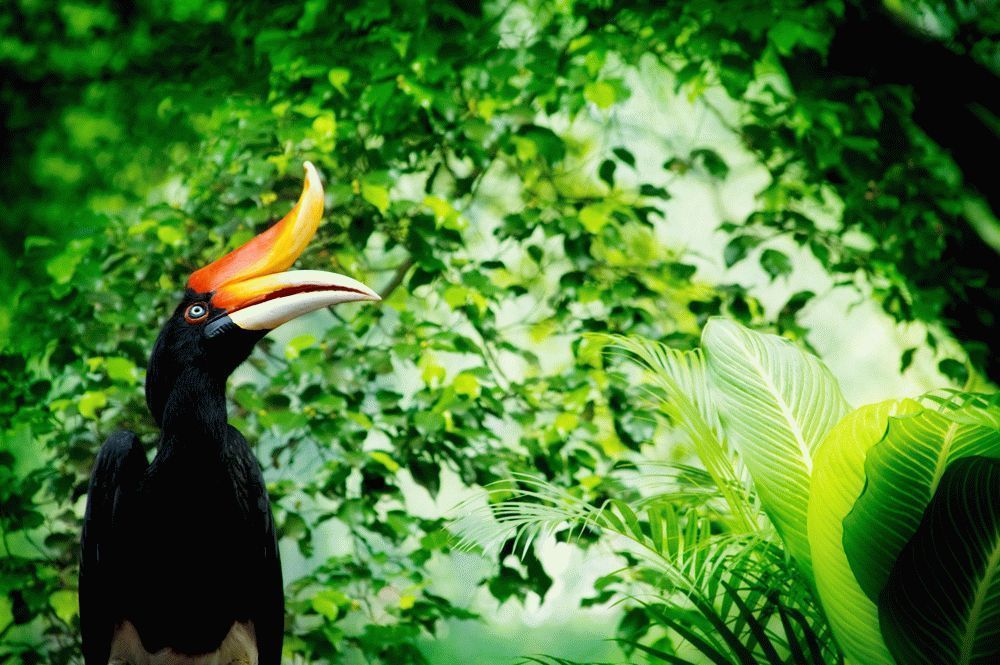 You can get to Borneo by plane. They take off from Kuala Lumpur. You can fly to Kota Kinabalu in about 2.5 hours, and to Kuching it takes just over an hour.

Despite the fact that both states in Malaysia are on the same island, the climate is somewhat different. So in the state of Sarawak, the climate is quite humid and hot. The air temperature does not go below +27 degrees and rarely exceeds +32 degrees. If we talk about the mountain plateau Kelabit, it’s a little cooler. It often rains in Borneo throughout the year. But in the period from March to October, they are short-lived and mainly go only at night. Already since November, they become prolonged. But this does not stop Russian and other tourists, they come here all year round.

The climate in Sabah differs only in the length of the long rainy season. It ends here around April or even closer to May. The temperature is mostly the same. But if you plan to climb Mount Kinabalu, you should take some warm clothes, most likely at an altitude of more than 3300 will be much colder.

There are various ways to travel between the cities of the island. So from one capital to another regularly fly planes which belong to the local airlines. You can also get by bus or train. It is possible to choose which bus to take. You can get on a bus with air conditioning, which in addition goes very fast. Or you can take a regular bus, which along the way stopping at every stop.

Trains follow the only train route which connects Kota Kinabalu and Beaufort. This road is 134km long.

The beaches of Borneo have a unique beauty. It has snow-white clean sand. Tropical beaches are full of its vegetation. The shore of the island is protected by small islands of coral. You can get on them by motorboat and swim directly from the islands. This is most helpful during the “red tide” period. During such periods, as a rule, you can not go into the sea at all. Distinguished by this period is that the active blooming of water. At this time, plankton proliferates rapidly and the water is colored red. Bathing during such activity can be dangerous to health and cause toxic poisoning in tourists.

If you check into a four or five-star hotel, then you can not worry about the quality of the beach, as a rule, they all have their own fenced beach about the cleanliness and comfort of which they take care of themselves.

There are a lot of interesting things on the island. Vacationers should definitely visit the Ethnographic Museum, a crocodile farm and the Orangutan Rehabilitation Center. The Niah Caves are no less interesting. Their walls are decorated with petroglyphs, the age of which is measured in thousands of years. You can go on these tours with children.

It is also worth to go to the reserve Mulu and Bako to explore the fauna and flora. 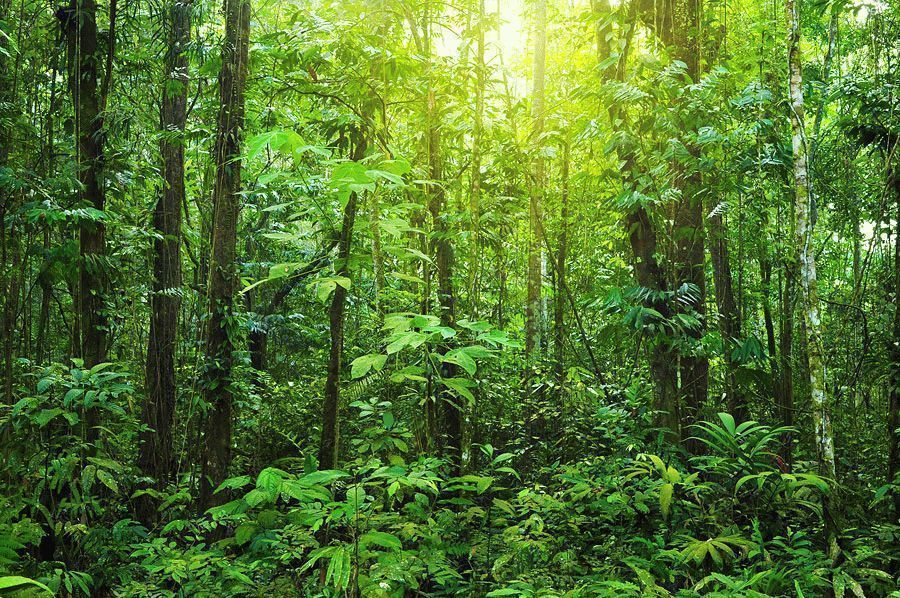 I must say that in addition to the rain forests Borneo is also unique in its wildlife. Only here you can meet 10 species of primates, 150 species of reptiles, 350 species of birds and nearly 10,000 plants, which are not found anywhere else and do not grow. 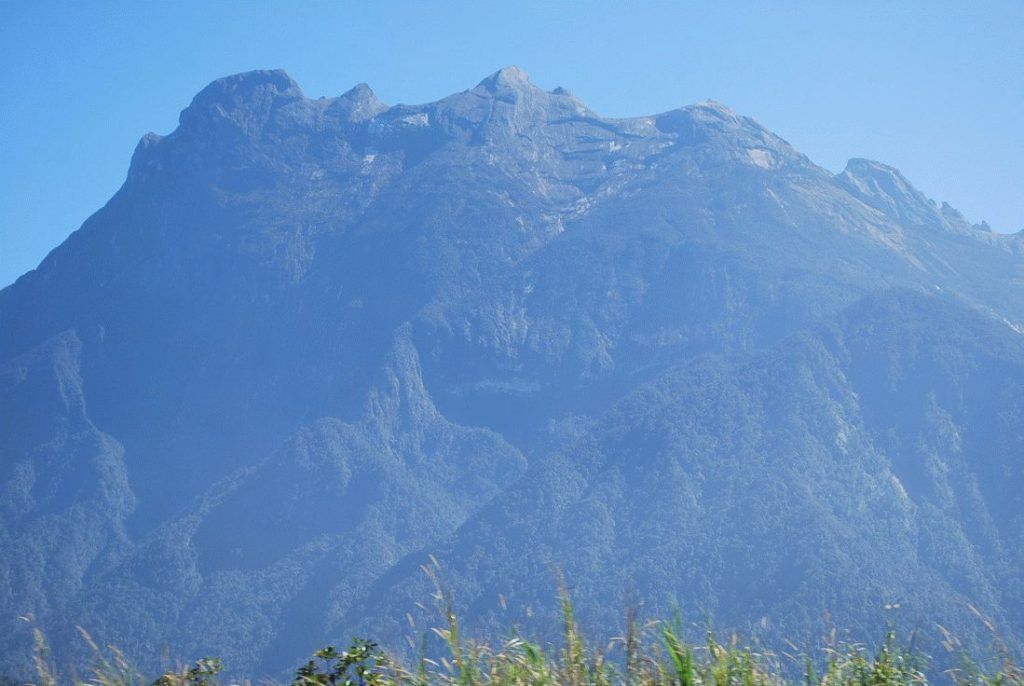 In Sabah you can go on an excursion with a climb to Mount Kinabalu, which is 4,093 meters high. Excursion includes not only the extraordinary views that opens from this height, but also bathing in hot springs, visiting a pearl farm, small villages, which are museums and allow you to plunge into primitive life. In addition, you will be able to follow the movement of bisected turtles on the Turtle Islands. 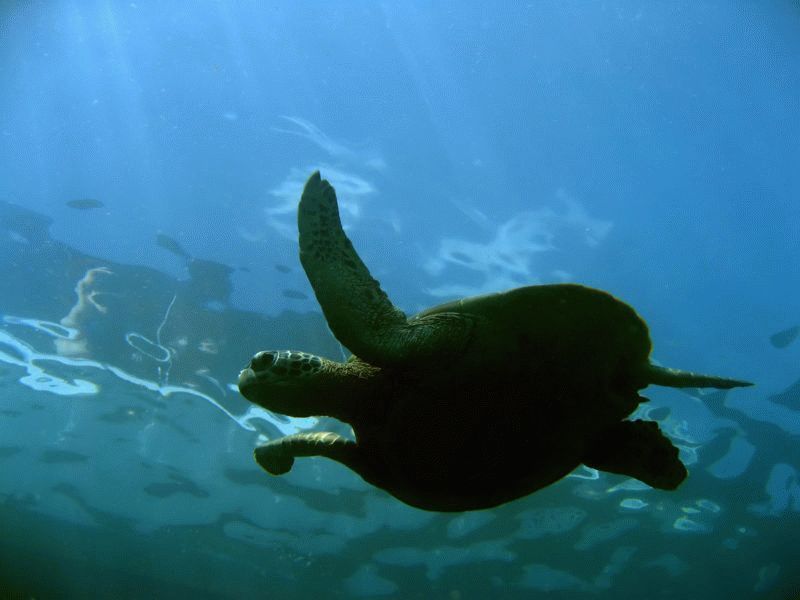 The cuisine in Borneo is of little note. You can’t say that the restaurants serve only local cuisine. Due to the fact that the development of the island at one time was influenced by quite a few cultures, the dishes that are cooked here also absorbed the features of each country and nation. Thus, in Sabah popular among tourists Chinese soup Bak Kut Teh. The name of the soup translates as “tea of meat bones” and it is cooked from loin, spices, and various herbs. Also one of the favorite dishes on Borneo is Tom Yam, the Thai fish soup. Soto, a dish from Indonesian cuisine, is also beloved here. But each of these and many other dishes consist mainly of meat and noodles.

The resorts in Borneo are comfortable. Double rooms start at $15 a night at a two-star hotel. At a 3-star hotel, a room for two will cost $39 a night. At a four-star hotel, a double room will cost $53 per night. Well, some of the most expensive are rooms at five-star hotels costing 160 dollars a day.

Journey to the island of Borneo

Lovers of wildlife, the extraordinary world, the majestic beauty of the mountains, strange caves are these wonders open on the island of Borneo. The truly pristine nature attracts tourists here. This place gives you the opportunity to feel like a pioneer, a discoverer.

Kalimantan, the Indonesian name for the island, is one of the few islands with unique fauna and flora. The age of the rain forests on Borneo could be the envy of even the Amazon rain forests. They are almost 130 million years old. Surprisingly, some members of the natural world can live only within the island. 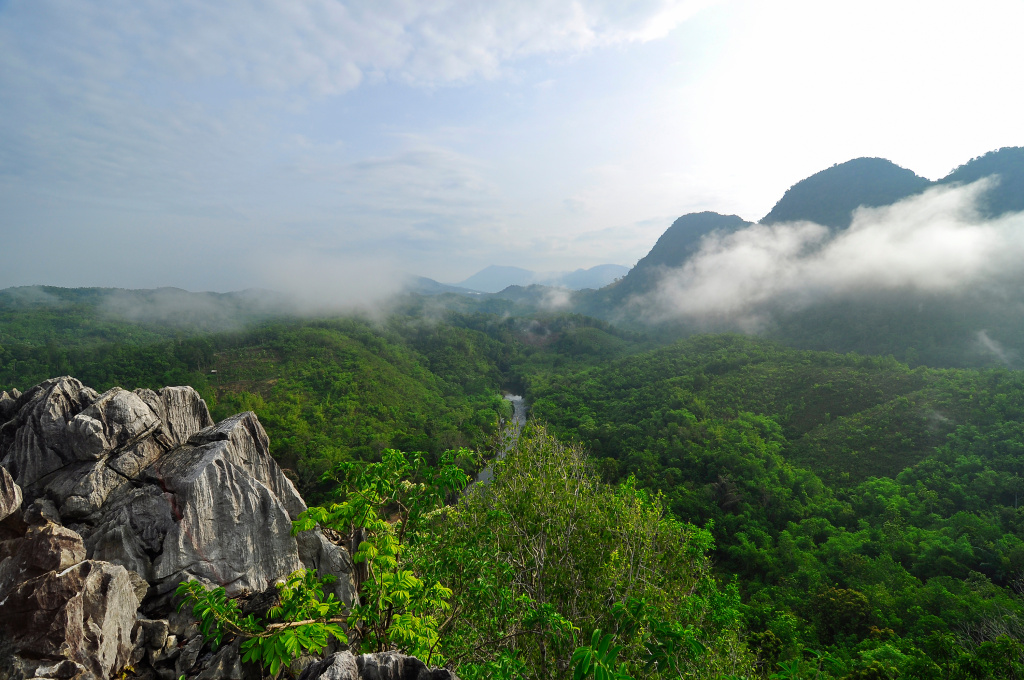 The island is shared by three states: Indonesia (which, incidentally, owns a large part of its territory), Brunei and Malaysia. The latter occupies only 26% of the total territory.

The Malaysian part of the island has two states, or regions – Sarawak and Sabah. The most frequently visited is the northeastern part of the island, the state of Sabah, which was located below the typhoon zone and is therefore called the “land below the wind”. Here, if you are lucky, you can enjoy a view of an exotic flower considered the largest, the Rafflesia. 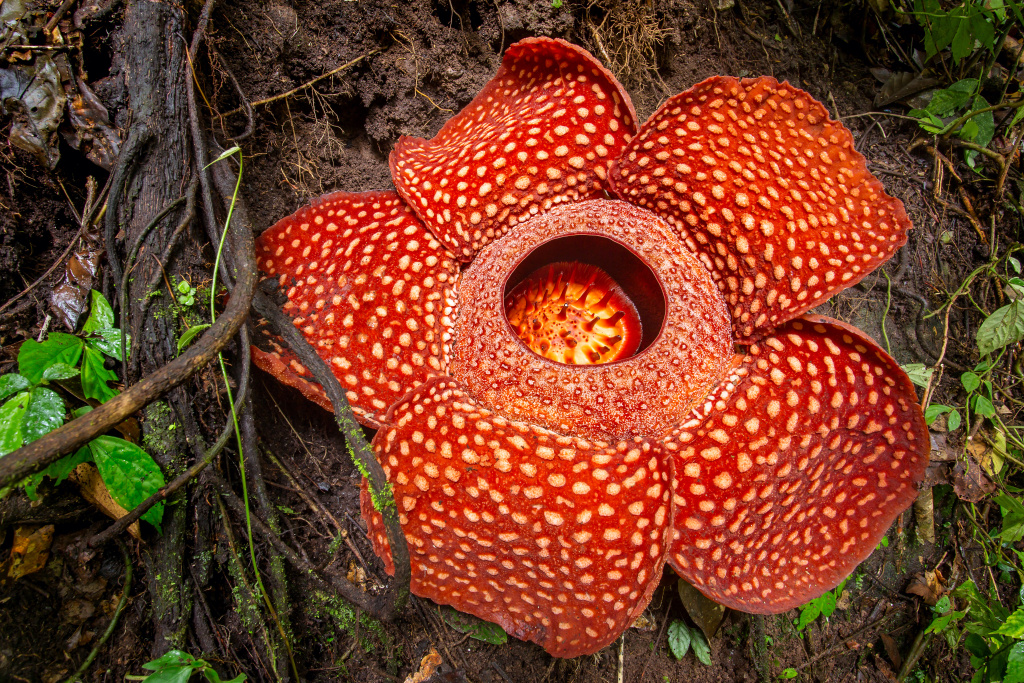 Exotic flower Rafflesia, which belongs to the parasitic plants

Mount Kinabalu is very popular, excursions to which are held with enviable regularity. Those who are not afraid of heights and water, Sabah offers rafting on mountain rivers (an activity as dangerous as it is exciting), scuba diving, attractive crystal water, coral reefs. However, for the untrained person such underwater “dives” can be dangerous – yet these places are for professional divers.

Kinabalu – a mountain on the island of Borneo, which often conducts excursion groups

There is another place on Sabah worth paying attention to – the islands scattered along its coast. They are small but cozy islands, to which tourists go in search of tranquility, privacy, good beaches. Moreover, from the nearby hotels 3-5 minutes away by boat or motorboat.

Once in Borneo, in the state of Sabah, you will get acquainted with the different tribes. And there are a lot of them, numbering about 32, so we can safely say that the island has a diverse ethnography and the same culture. It is inhabited by representatives of those tribes that historically inhabited the territory of ancient Kalimantan. 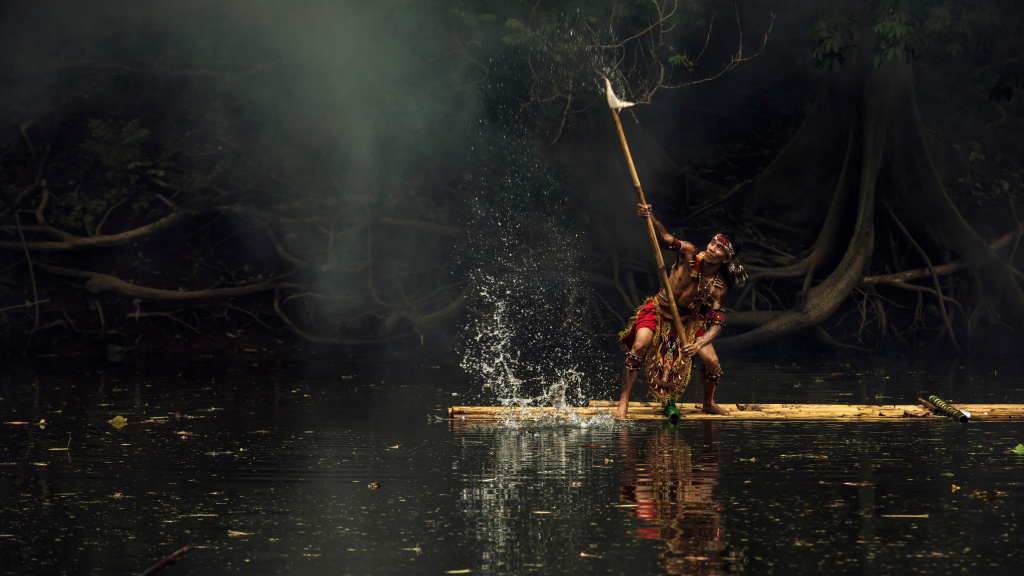 An equatorial climate reigns on Sabah. The weather here is as follows: a long rainy season, heat, high humidity, frequent changes in temperature. Therefore, going on vacation, grab a couple of warm clothes, they need it in case you want to make a mountain climb. 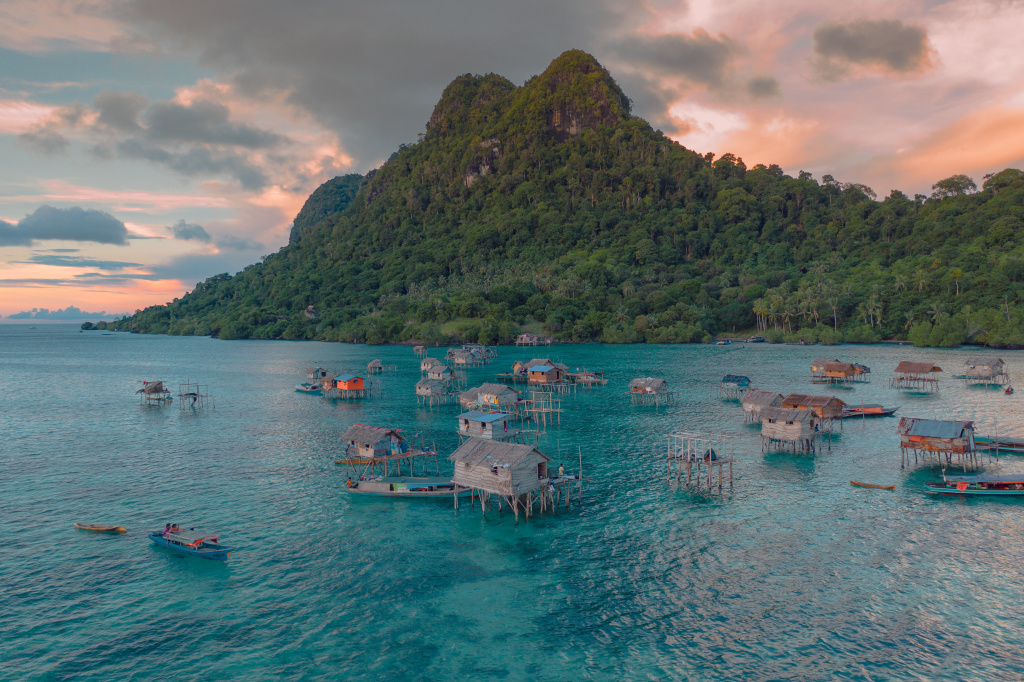 The terrain on Sabah

But Sabah does not end with the mountain climb. Sabah is also a pearl farm, bisected turtles at Turtle Islands, museum villages, rafting, and extreme safaris. The main thing is to leave everyone who comes to Borneo delighted and amazed by this corner.

While the northeastern part of the Malaysian territory of Borneo is occupied by Sabah, in the northwest lies Sarawak. It is considered the largest state in Malaysia, which has a diverse natural world and impresses by the uniqueness of this world.

Various insects, and there are more than 1,000 species, live in Sarawak. In the forests live flying lizards, several species of monkeys (about 10), 350 species of birds. You can see an owl of 15 cm, a butterfly, which reaches a size of 30 cm, a doe the size of a kitten, and listen to the song of gibbons for days on end. 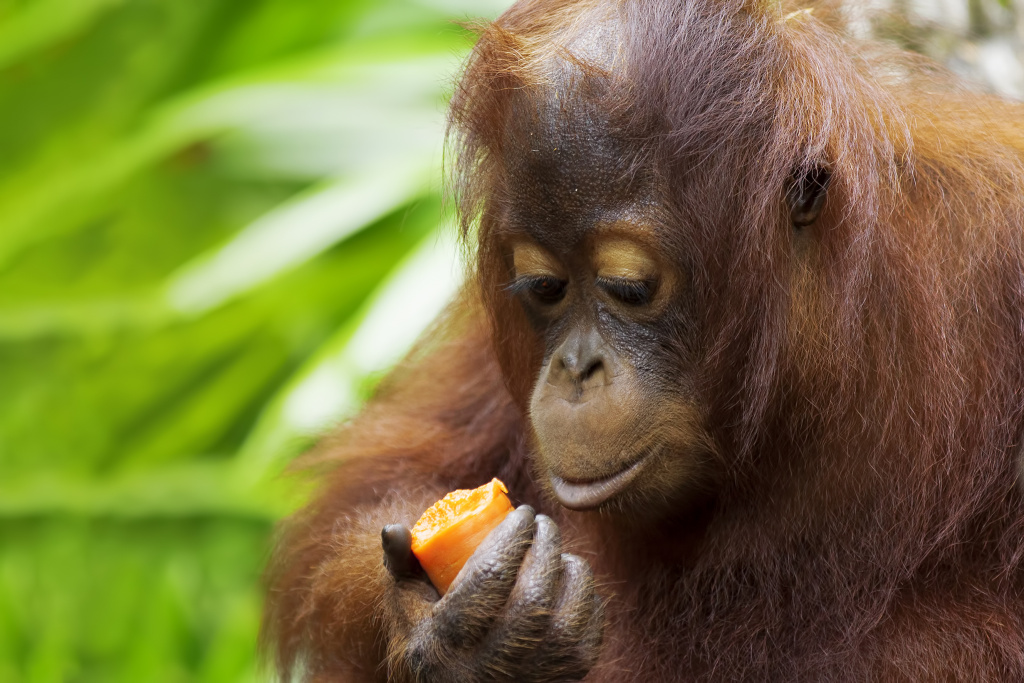 Cute inhabitant of the island – the orangutan

Sarawak, in addition to the amazing and strange natural world, reveals the mysteries of the caves, which are considered the largest in the world. There is a picturesque coastal area, white sand and emerald blue sea.

In Sabah the rainy season lasts several months, but in Sarawak it always rains. But they are short and mostly pass at night. Because of the constant rain and high temperatures (possibly up to +32 degrees) it is hot and humid there. Arriving in Sarawak, visit the Ethnographic Museum (it’s full of surprises and riddles), visit the crocodile farm and the Orangutan Rehabilitation Center. 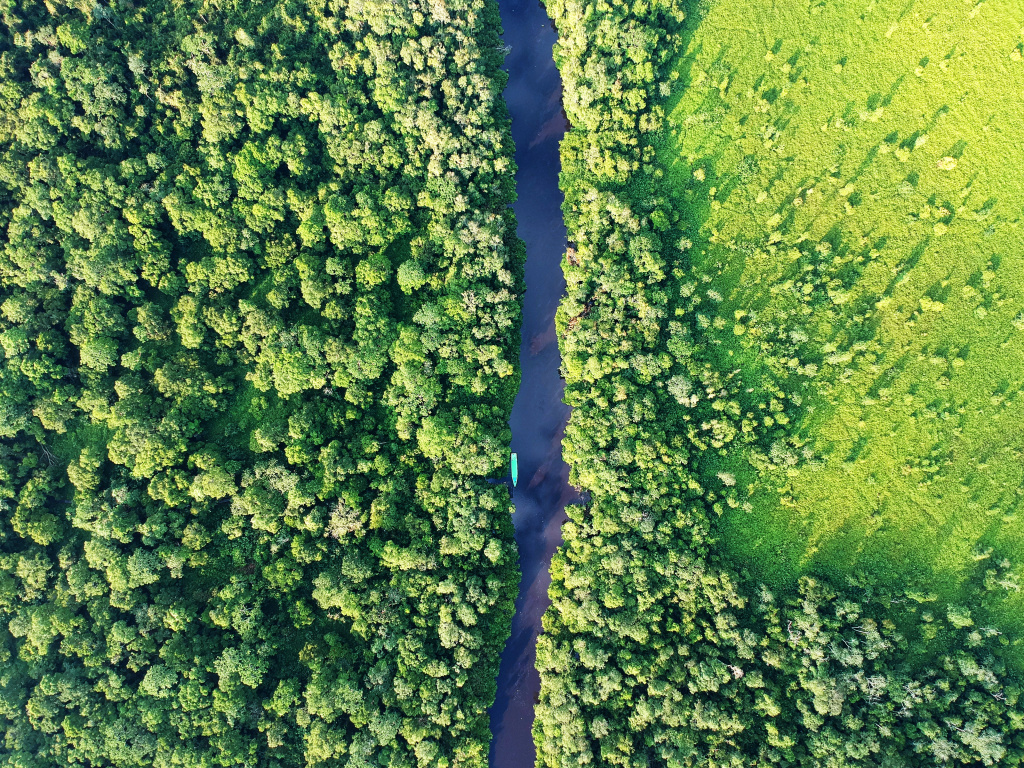 The rainy season on Borneo

In general, the island of Borneo will not disappoint, and will give a lot of impressions and unforgettable days.