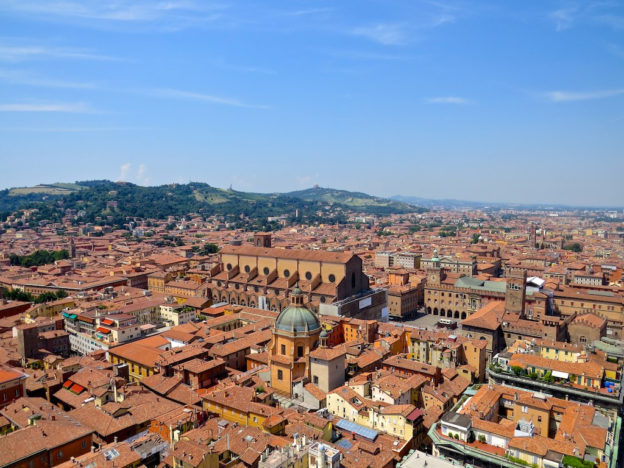 The Italian city of Bologna is sometimes characterized by these three definitions: “Scholarly, Red, and Thick.” Meaning that the capital of the Emilia-Romagna region is home to one of the oldest universities, the red hue of its walls and roofs and delicious local cuisine. Bologna is an ancient city with a rich history and unique architecture. Harmonious combination of the past and the present makes the city open for everyone and attracts tourists who are not only interested in the past but also gladly take part in different cultural events in Bologna. 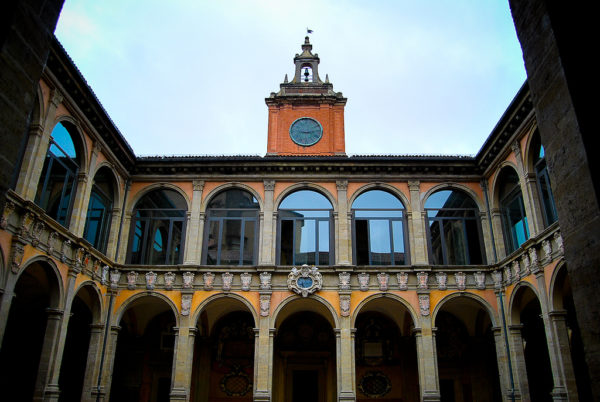 The date of the university foundation is considered to be 1088. At that time there was a school of “free arts” in Bologna and on its basis the teacher Irnerius opened a law school. The University of Bologna was founded as a law school and differed from the others in a number of ways. Professors here were chosen by an association of students, people of all estates could enter the institution, since only knowledge was taken into account, and there were women among the professors and students. Besides, people of all ages could be students at the university. An example of this is Erasmus of Rotterdam, who came to study at the age of about 40.

READ
Holidays on the island of Tenerife, Spain

In the Middle Ages, the University of Bologna was considered the intellectual center of Europe. Such students as Dante, Carlo Goldoni, Petrarch, Albrecht Dürer and others studied here at one time. The heyday of the university was in the 12th and 13th centuries. 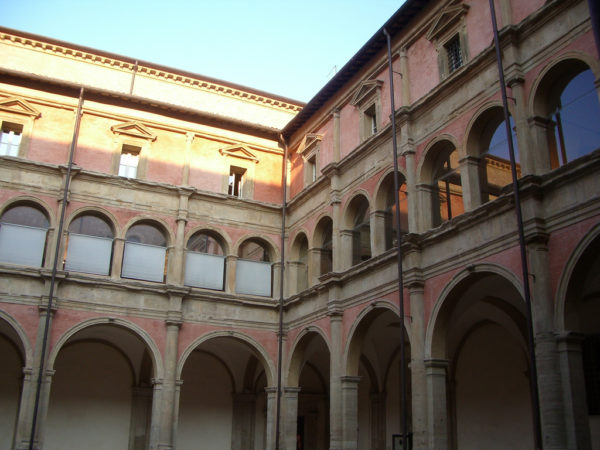 At present the University of Bologna is rightfully considered one of the best in the world. It has 33 faculties, research centers, rich library, museums, and branches and campuses scattered around the country and abroad.

It just so happens that almost all the buildings in the city have red roofs. This is especially visible when viewed from a tall building. The best place to watch is one of Bologna’s seventeen towers (in the past there were about 180). The towers were built to protect the city, and now you can buy original handicrafts by local artisans.

The most imposing tower of Bologna is the Tower of the Asinelli, which was built in 1109-1119 and not only played a significant role in the society of the Asinelli family, but was also used as an observation post. Those who climb the 498 steps of the tower and reach a height of 97 meters can admire a magnificent panorama of the city. It is the highest inclined tower in Italy. 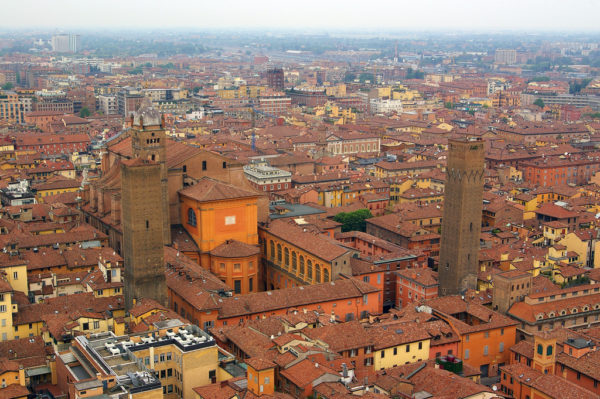 The red roofs are the landmark of Bologna. You can get a good look at them when you walk around the main square of Maggiore . It can be called the “heart” of the city – it is the center of urban and religious life of Bologna. The most important buildings, dating back to the Middle Ages, surround the square: on the east, the Palazzo dei Banchi, on the west, the Palazzo Comunale, and on the south, the Basilica of St. Petronius, opposite which is the Palazzo del Podestà. From this square tourists usually begin to explore the city. The students of Bologna University have a distrustful attitude to it and believe that you should not cross the square in the center, but only walk around its perimeter, or you can kiss your dreams of a diploma goodbye.

Palazzo Commune is the castle of the city council. The building was originally erected as the residence of the famous professor Francis Accorzo. Today, it houses an art gallery, whose main pride is the painting “Resurrection of Christ” by the great artist Piero della Francesca. The castle is also home to the museum of the painter and graphic artist Giorgio Morandi. 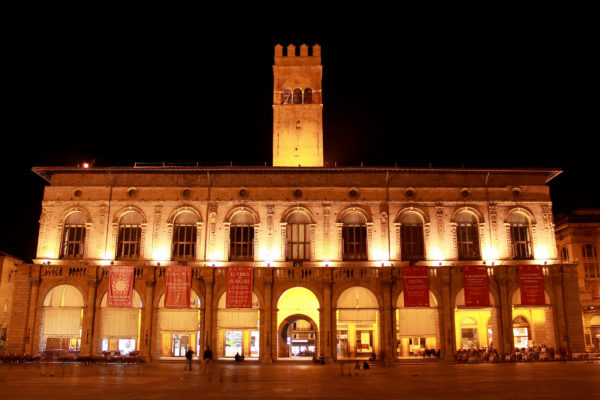 The Basilica of St. Petronius is Bologna’s main and most imposing church. It is also the sixth largest in the world. Work on it began in 1390 and lasted until 1479, when the first phase of construction was completed, followed by several hundred years of decoration of the cathedral. In order to prepare the site for the construction of the cathedral, the towers, townspeople’s buildings and small churches had to be demolished. It is the last great Gothic structure to be realized in Italy – a cathedral in the form of a Latin cross, with three naves and chapels. The cathedral has two ancient organs.

The Basilica of St. Stephen, together with other religious buildings, forms the complex of the Seven Churches. According to some reports, this project began after Bishop Petronius, returning from a trip from the Holy Land in the 5th century, decided to recreate the images of the holy places of Jerusalem in Bologna. 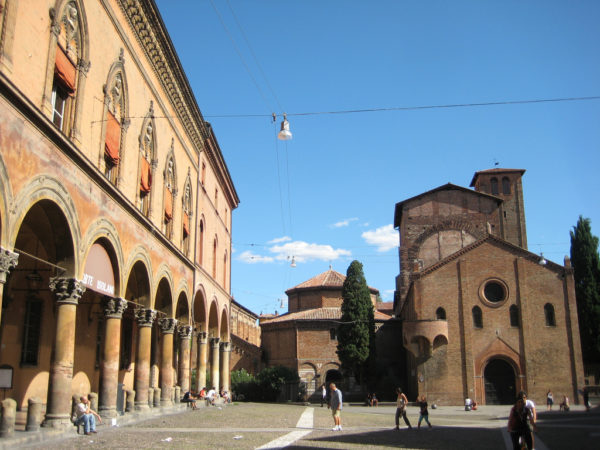 Bologna is the culinary capital of Italy, the best place for gourmets and food lovers. Tourists may think that they have not recognized all the attractions of Bologna if they have not tried the local cuisine . Not surprisingly, there is a direct connection between scholarly and fat Bologna. The bottom line is that students came to Bologna University from all over the world, supplementing the local cuisine. Therefore, the modern cuisine of Bologna is hard to characterize in short, it is quite diverse. The most famous dishes are tagliatelle (noodles with a variety of fillings), lasagna, mortadella (Bologna cooked sausage), bollito (assorted boiled meat), tortellini (pasta with different sauces), chertosino (Christmas dessert). The cuisine emphasizes meat, fish and different sauces. 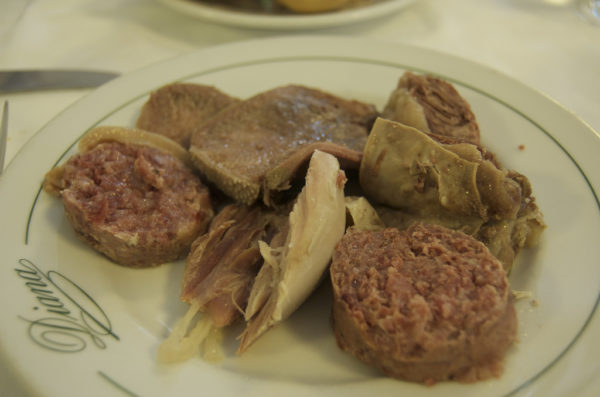 Bologna is an amazing Italian city. The phrase “The Scholar, the Red and the Fat” succinctly, succinctly and accurately describes the attractions of Bologna. Having visited it once, everyone will want to come back to this Italian city again and again.