Turkey excursions and attractions on the Turkish Black Sea coast

It is mistaken to think that recreation in Turkey may be exclusively passive, with lying on the beach or by the pool with an evening visit to the disco. After all, the history of Turkey is very rich in events (the richness of the event is not inferior to the history of the famous Crimea). Let’s not miss the opportunity during our stay in this wonderful country to visit some of the most beautiful places on our planet, learn the culture and history of Turkey, visiting excursions to ancient cities and castles enjoying the splendor of mountain views, traveling along valleys and rivers!

Turkey is a country with a very rich history, full of a lot of events. Great wars have accompanied Turkey during the whole period of its development. The great rulers of the Ottoman Empire inspired fear not only in neighboring countries, gradually adding new territories to their conquests, but also in the countries of Europe. Let’s take a little excursion into the past of this most developed country in its region today. So, Turkey from the times of Turkic tribes to the Ottoman Empire and the present day.

Excursion to the Chorokh River Valley

You can visit the most picturesque places during an excursion to the Chorokh River Valley in Turkey, mountain ranges, lakes and tributaries of the Chorokh, ancient forts and cities on the Great Silk Road will tell a lot about the history of Turkey. In addition, exactly on the river Chorokh is the starting point of many excursion routes, as well as very popular rafting (rafting) in the valley Chorokh.

Excursion to ancient city of Safranbolu

Safranbolu – a very unusual ancient city in Turkey, on a tour here you can learn a lot of interesting things about the history of these places, learn about the life of the people living in peace and harmony with their own canons, museums and temples of the city and even the houses in which local residents live. The area around Safranbolu abounds with interesting sights and mesmerizing landscapes.

Excursion to the ancient city of Amasia

The Turkish town of Amasia was founded over 5,000 years ago and has passed into the hands of different empires several times. An excursion to Amasya today is an amazing opportunity to get acquainted with the many attractions, the history of the city, to visit the amazing beauty of the promenade with an alley with busts of the heroes of the city. In the vicinity of Amasya there are tombs of the kings of Pontus, carved out right in the rock.

Artvin is a favorite city in Turkey for those tourists who like to spend their holidays actively, attending cognitive excursions. During the trip you can learn a lot about the history of Artvin and Turkey, get acquainted with the many attractions of the region and enjoy the unforgettable scenery of this wonderful region.

Not far from the city of Trabzon (anciently called Trabizon) there is a unique Monastery of Panagia Sumela which was built with the help of the monks of the Monastery of St. John the Baptist on Mount Zebulon by teaching Barnabas and Safronias to whom the Virgin Mary appeared. Until the time the monastery was built, the icon of Our Lady of Panagaea Sumela was kept in a temple in Thebes. Today this monastery is one of the most popular for visits by pilgrims and tour groups.

In Turkey there is a large (the number of rooms in all hotels is more than 7,000) ski resort, which is popular around the world. It is called Palandekon and is located in one of the parts of the highest mountain town of Erzurum in Turkey. By Turkish standards, it is one of the most expensive resorts in this country. There are a total of 22 slopes of varying complexity, among which there are suitable for beginners as well as for experienced and even professional athletes.

10 times the city of Troy was destroyed and rebuilt, 10 times it passed into the hands of different conquerors, each time being destroyed to the ground. And who of us has not heard about the Trojan Wars, and in particular about the Trojan Horse? You can visit Troy either with a tour (which usually lasts half a day or a maximum of one day), or on their own, there are several hotels and decent restaurants with very good food and prices.

During a tour to Erzurum, tourists have the opportunity to look at such interesting places as the Archaeological Museum, Caravanserai, Uj Kumbetler Mausoleums, Yakutiye-Medresesu and other attractions. And of course learn many amazing facts about the history of Turkey and Erzurum, a city which at different times was part of different empires (including the Russian Empire). Erzurum is the highest mountain city in Turkey.

Konya is a very large city, its population is more than a million people, but the city is significant not only in modern times. People lived here more than 9,000 years ago, the history of the city is full of remarkable facts, the streets of Konya breathe legends of fearless rulers and commanders. During a tour of Konya, you can enjoy magnificent views of ancient mausoleums, palaces and mosques. In the center of this modern city there are many unique stores, Turkish, European, Asian and Indian restaurants, and fashionable hotels.

Amasra is a small town, but enjoys considerable popularity among tourists vacationing in Turkey. The reason for this is the presence of numerous architectural monuments, a rich history of the ancient city has contributed to the emergence of unique buildings and monuments, picturesque views of the Black Sea and mountain landscapes fascinate tourists no less than man-made attractions. One of the most interesting places in Amasra is Boztepe island, which is part of the city.

READ
All roads lead to Rome

Yusufeli is a small town in Turkey, located at the confluence of the Barkhal River into the Chorokh River. This authentic village is popular with tourists who decided to refuse the benefits of civilization, at least for a while, and plunge into the atmosphere of Turkey of old times. Besides, this is where beginners and professionals of rafting flock, Chorokh in the area is an ideal place to make a rafting trip on the river.

Amasra (Turkey) – the most detailed information about the city with photos. The main sights of Amasra with descriptions, travel guides and maps.

Amasra is a small town and port in northwestern Turkey in the province of Bartın. It is currently a popular resort on the Black Sea coast with good beaches and beautiful nature. Amasra is one of the most beautiful seaside towns of the Black Sea region of Turkey.

Things to do (Turkey): 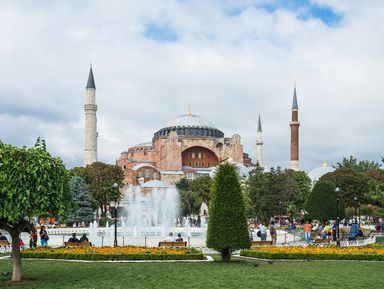 The Ayia Sofia, the Blue Mosque, Topkapi Palace and the Basilica Cistern with a professional guide 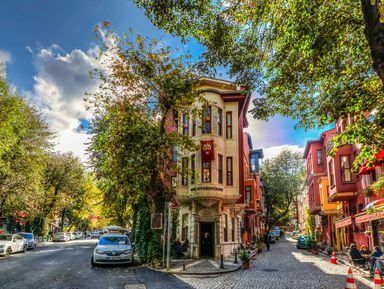 Amasra is an ancient city in the historical region of Paflagonia with a rich history. The settlement here was founded in Antiquity and was even mentioned by Homer. At that time the city was called Amastris. Later it belonged to the kingdom of Pontus and the Roman Empire. 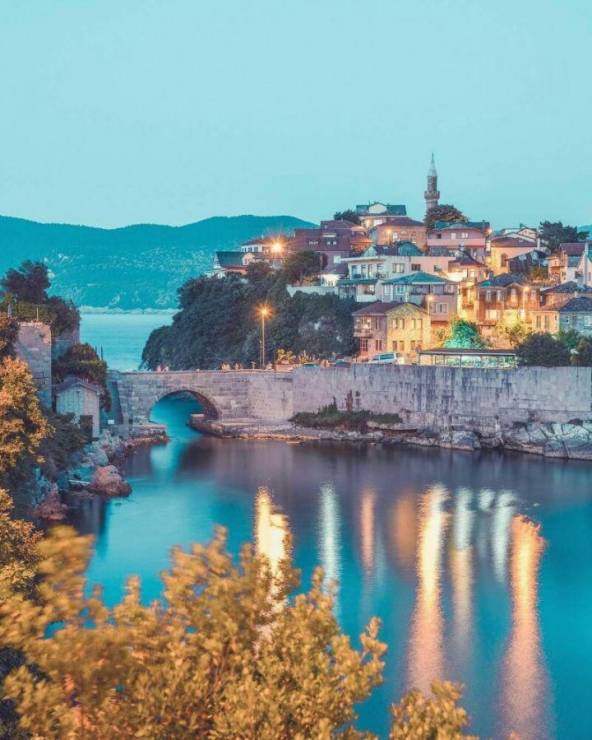 After the collapse of the Roman Empire, Amasra became part of Byzantium. In 830 the city was taken by the Russian army. In the early 13th century, Amasra became first part of the Trapezundian Empire, a little later captured by the Seljuks, and some time later came under the control of Genoa. The Ottoman Empire conquered the city in the 15th century during the reign of Mehmet the Conqueror.

Amasra has a bus connection with Safranbolu. The trip takes about 3 hours. From other cities you can get to Amasra by taking a bus to Bartın and then finding a dolmush.

Amasra is a small ancient coastal town that has a small but charming historic center with several attractions.

At the top of the promontory stands a fortress that combines elements from the Roman and Byzantine period, as well as from the time when the city belonged to Genoa. It is a fortification that has largely preserved its original structure. There is now an archaeological museum within the walls of the fortress.

In the 9th century the Byzantines built a church in Amasra which was converted into a mosque in 1460. 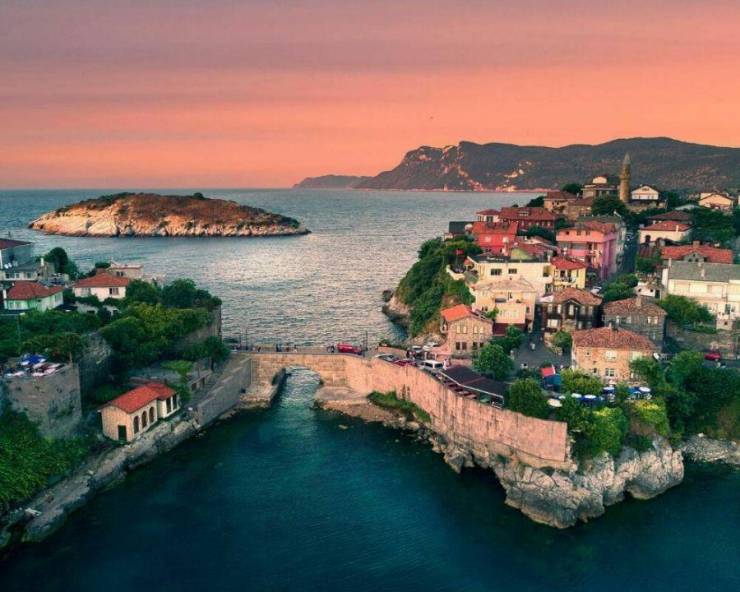 One of the best places for swimming in Amasra is Küçük Liman. This beach is a bay near the fortress. Another city beach, Büyük Liman, is sandy and is also nearby. A little further east are the beaches of Bozköy (13 km) and Amasra Çakraz (16 km). The latter is sandy and surrounded by beautiful mountain scenery. 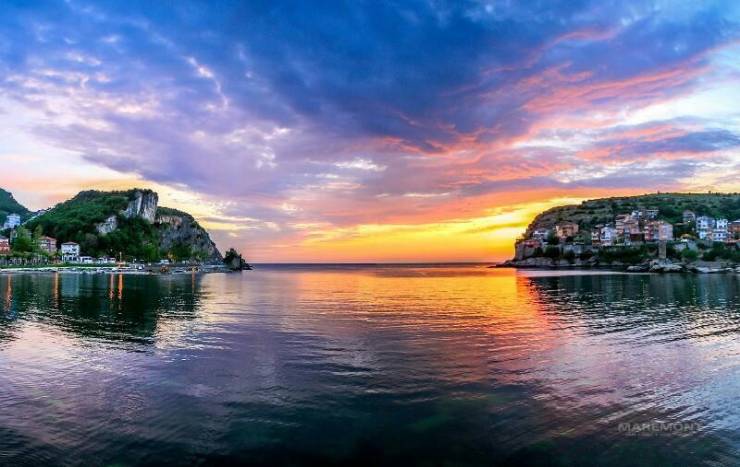 Mustafa Amca’nın Yeri is an excellent fish restaurant located in the western part of the old town by the water. 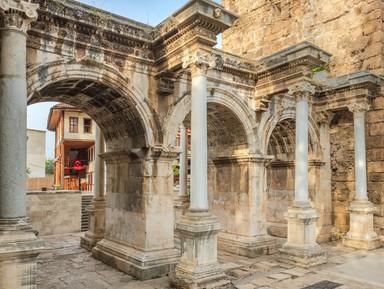 Old Antalya – a journey into the past

A stroll through the winding streets of the historic center and ancient squares, towers, and mosques. 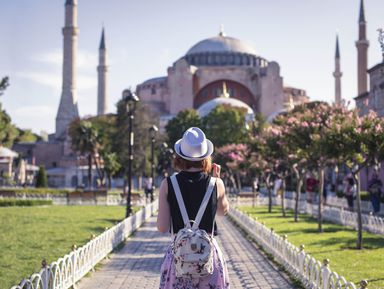 Capture yourself in the most interesting scenery of the city on a walk with a professional photographer.