The city of Birmingham is located in the central part of England. It belongs to the historic county of Warwickshire and is the administrative center of the metropolitan county of West Midlands. The city is famous for its attractions, which he has a countless number, and all attractions represent a huge range of different eras.

Aston Hall, a unique 17th-century structure built by Sir Thomas Holt, is exceptionally admirable. The refined country mansion is filled with luxurious furniture and amazing wares from fabric and metal. 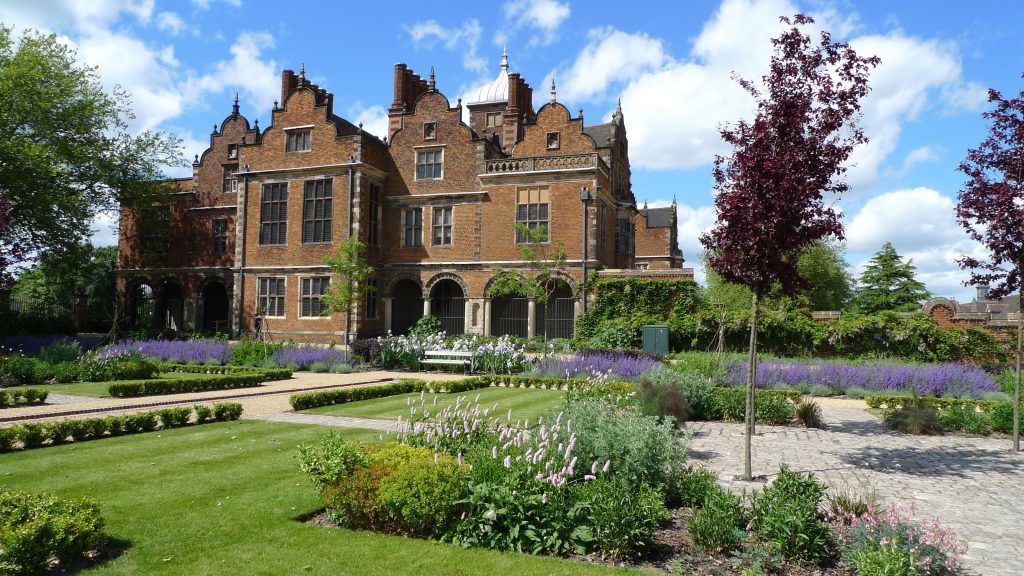 This house, now a gallery, used to serve as a shelter for King Charles I during the Civil War. Evidence of this can still be seen on the Grand Staircase, which suffered from artillery fire.

Although Aston Hall has changed a little over time, it remains a striking representative of King James’s architecture. Also worth a visit is the magnificent Manor Road Museum. Its showroom is in the old transport depot .

It has more than a hundred vehicles and over two hundred restored streetcars on display. The huge collection impresses with the accuracy of the restoration and the importance of the history of urban transport. 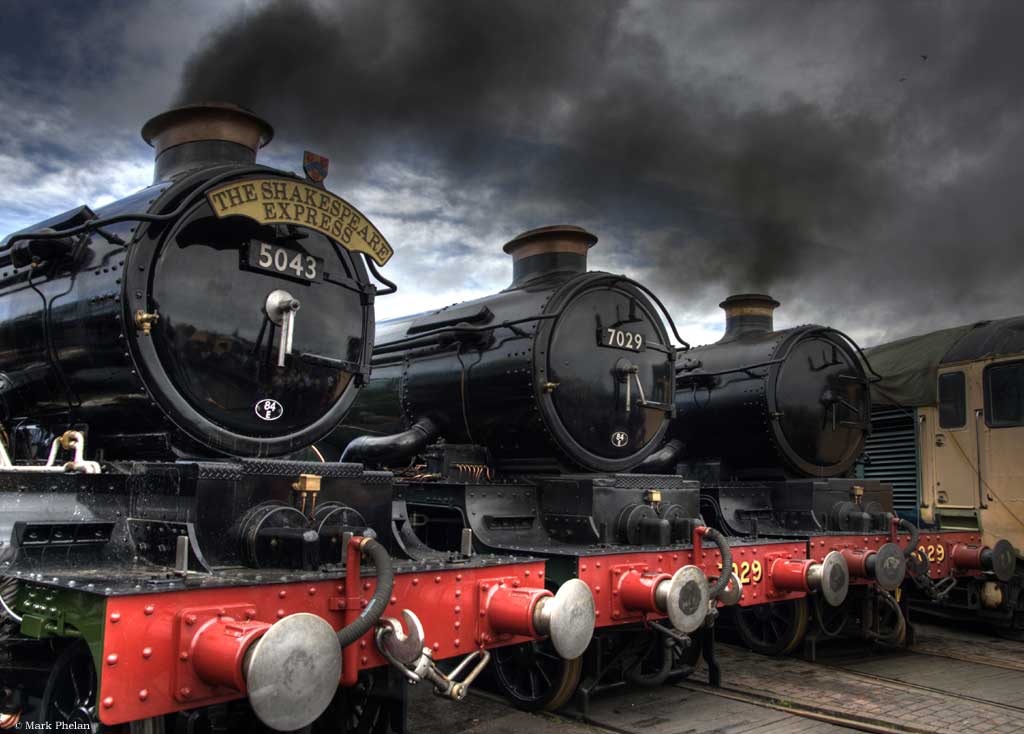 The next stop is Soho Hause, built in the 18th century. At that time, its owner was Birmingham’s industrial pioneer Matthew Boulton (established the production of the first steam engine).

The Soho House in Birmingham was often the meeting place for the Lunar Society, whose members included Joseph Priestley (who discovered oxygen) and Josiah Wedgwood (a celebrated pottery maker). It is no less beautiful and elegant than Wightwick Manor, built in the 19th century, which was left to the National Trust in 1937.

READ
The luckiest country in the world!

Its custodians live there permanently and it feels like home. The atmosphere on this estate is amazing. It is filled with tenderness, kindness and care. The feeling of home follows the guests on their heels. The house is an example of Old English style buildings. 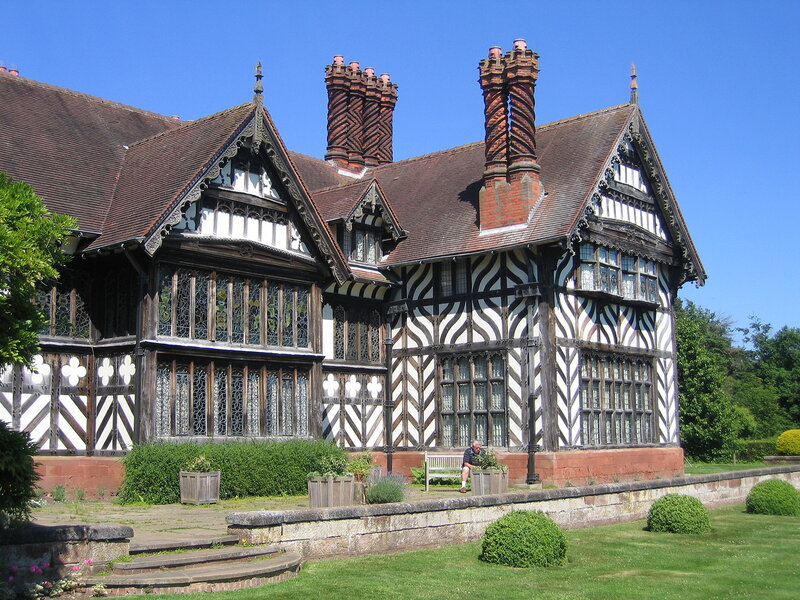 Was built by local industrialist Theodore Mander Whitewick in 1887 – 1888. It is worth admiring the house itself, as well as the surrounding magnificent beauty gardens.

This park is laid out on seven hectares. Its creator was Thomas Mawson, who was able to turn the estate into a perfect fairy tale: in front of the house there is a regular part of the garden, and behind the house an orchard and a rose garden. The rose garden has a special magic: one wants to stay in it forever.

Huge rose bushes and the most delicate fragrance are as if they were anchoring visitors to the grass and leaving them in a wonderful frame of mind. What’s more, the park has two lakes and huge greenhouses in which all the garden crops grow. 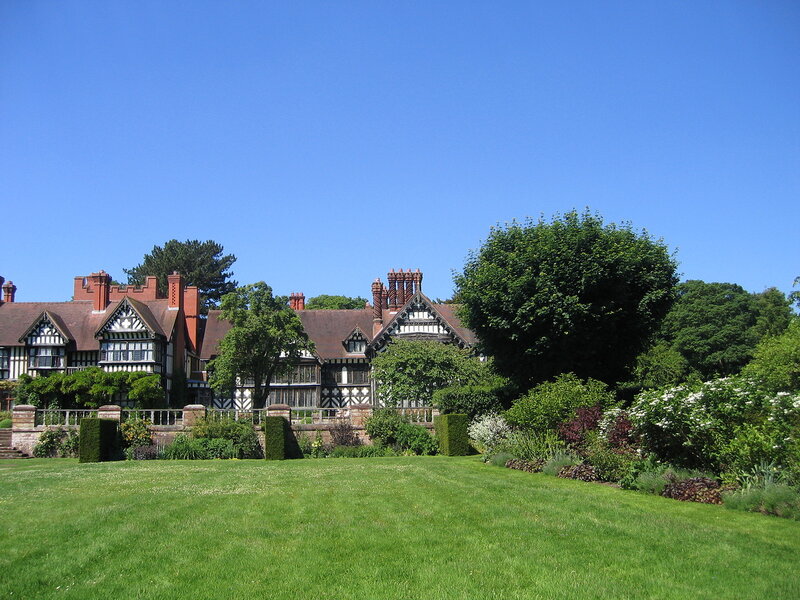 No less attractive piece of architecture is the Mosley Dove House in Birmingham . The architectural solution involves 8 corners, the house was built of red brick in the early 18th century and was once part of the Mosley Hall estate.

Sadly the house itself burnt down in the riots of 1791 but the garden and dovecote have survived. It’s a fascinating and haunting historic landmark just three miles from the center of town.

Part of the contemporary art scene is the Temple Gallery, which features paintings by such original artists as Annora Spence, Richard Tuff, Terry Frost and Jack Vettriano. Oil paintings and watercolors sit peacefully alongside unusual animal sculptures. Beautiful lithographs, silk drawings, and other rare works are available in the gallery.

READ
10 things to see and do in Cusco, Peru 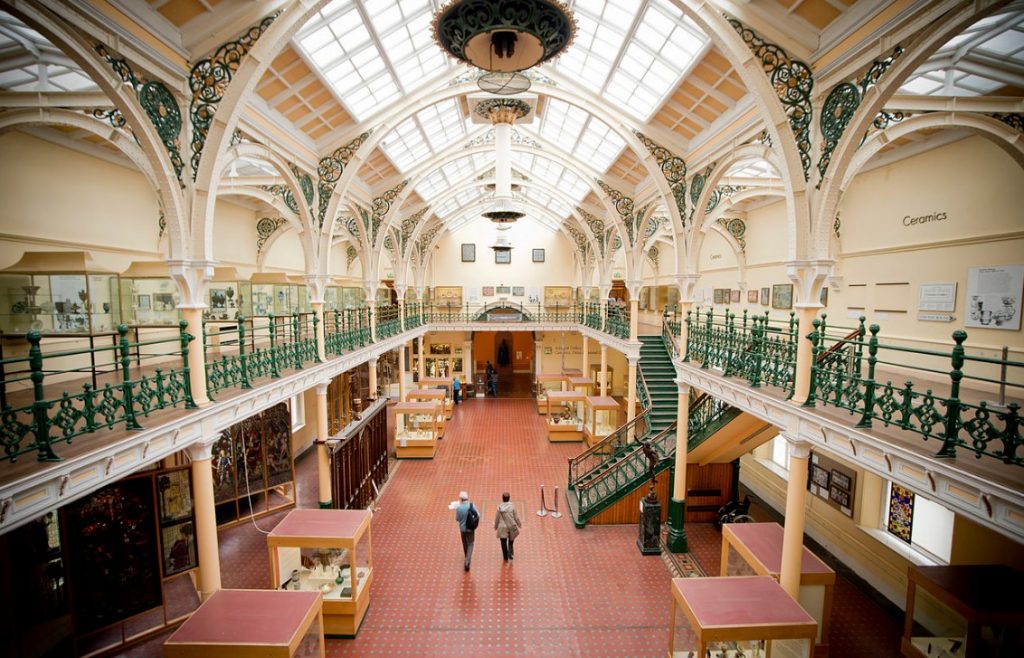 The next modern slice of Birmingham can safely be considered the Icon Gallery . It was here that the now-famous exhibitions of European art made their debut. The Birmingham Icon Gallery not only hosts exhibitions but also social gatherings, guided tours of the galleries and other special events.

The gallery provides cozy study and event rooms as well as a café and an art bookstore on its grounds.

It’s impossible to describe everything in Birmingham, so much so that you can see it from the inside, taking in its unique atmosphere of warmth, cosiness and sophistication. 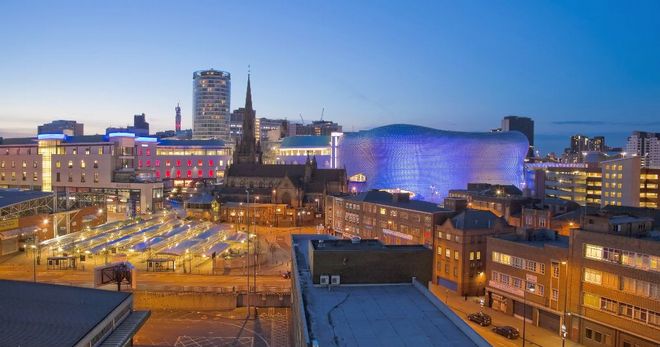 Birmingham is number two in the ranking of the largest cities in terms of area, population, retail area, educational, cultural and scientific centers. Tourists are attracted by its rich history and attractions. Considering that Birmingham is home to Ozzy Osborne, John Tolkien and Cadburry chocolate, the country is rightly proud of it.

Located in the county of the West Midlands in England, Birmingham is the second largest city after London. It was first mentioned as early as 1166, and by the 13th century it had become famous for its fairs. Three centuries later Birmingham was already a major trading center and one of the leaders in the production of metal products, weapons and jewelry. During World War II, the city was badly damaged by Nazi air raids. At the moment, many of the destroyed buildings have been fully restored.

In the 20th century more military factories were built in the city. Because of this, German aircraft bombed Birmingham heavily, leading to significant damage to the historic center. What Birmingham was like in England in those years, a photo will tell you more accurately than a walk through the streets. As a modern administrative unit it exists since 1975. 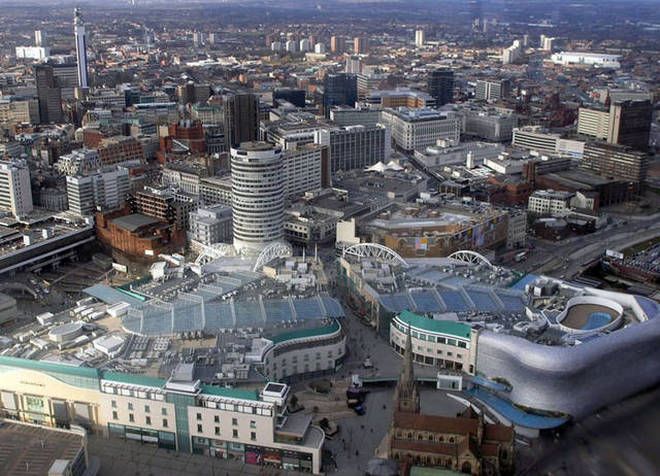 READ
Meanings and traditions of colors in different countries

Today Birmingham is a major British city with a lot of stores, pubs and clubs, which is constantly bustling with life. That’s why a huge number of tourists flock here every year in search of new experiences.

Birmingham’s population in 2019 is approximately 1 million, and it is made up of many races. The city of Birmingham in England, like the rest of Europe, is the “youngest” in the sense that just under half of its residents are under the age of 25. The city of Birmingham on the map in England is located in the west of the Birmingham Plateau (Central England) and is the center of the county of West Midlands, a region of the West Midlands. It has been granted “city” status and has become a separate borough. The Birmingham index is 35201. 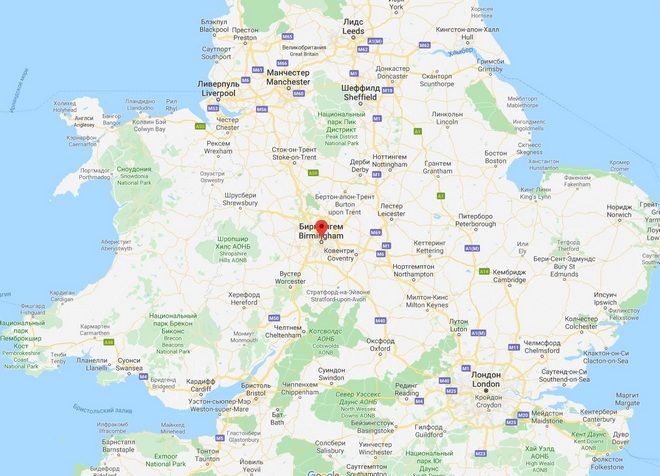 There are such interesting facts associated with this settlement:

READ
Ruins of Tikal, Guatemala. Immerse yourself in the Mayan jungle

If your time in the city is limited and you need to decide what to see in Birmingham in 1 day, it’s worth signing up for the Free Walking Tour. During the walk you will see the most interesting places, and later you can take a closer look at the ones that particularly intrigue you.

A must-see in Birmingham is the largest regional library in Europe – a building of 10 stories. About a hundred readers visit the library every day to find the right book out of a million. If reading is not a reason for you to visit the attraction, the rooftop terrace is definitely worth a visit.

To understand what the city of Birmingham is famous for, the following places will help:

Hugely popular in England is balti cuisine, and the city of Birmingham can safely be called its capital. It is believed that the dishes of “balti” started to be cooked in the city in the 70s of the last century. The cuisine itself is an English way of cooking curry dishes in a wok.

It is easy to book a hotel in Birmingham. There are a lot of budget hostels in the city as well as world famous hotel chains.

The hotels in Birmingham are interesting because of the buildings they are located in. You can easily stay in Nottingham Castle, a former factory or factory building. There are also international corporate hotels in the city.

Having found Birmingham on a map of England, all that remains is to plot a route and buy a plane ticket. Birmingham International Airport is located 13 km east of the city. There are regular flights to the center, but you can also get there by train.

You shouldn’t worry about how many lines the Birmingham subway has. There’s only one line, so it’s impossible to get confused.