The population of Berlin is about 3.5 million people, with a population density of about 3,800 people per square kilometer.

Geographical location. Berlin is located in the eastern part of Germany, 70 kilometers from the German-Polish border. Berlin has the rights of a federal state, but geographically it is entirely within the state of Brandenburg.

The historic center of Berlin is located in the lowlands that are the floodplains of the river Spree, between the two hills of Barnim and Teltow. Much of the modern territory of the city also takes these hills: the administrative districts of Reinickendorf, Lichtenberg, Pankow, Marzan-Hellersdorf are located on Barnim Hill, while the districts of Charlottenburg-Wilmersdorf, Tempelhof-Scheuneberg, Steglitz-Zehlendorf and Neukölln are on the Teltow Hill.

Berlin is also divided into three-digit statistical areas that correspond roughly to residential neighborhoods. However, they may not coincide geographically with the administrative districts!

Berlin became the capital of the united Germany in 1990, but the presidential administration moved here from Bonn only in 1994, and the Bundestag, the Federal Chancellery and the federal ministries in 1999.

Today Berlin is one of the largest industrial, economic, scientific and cultural centers in the world.

Berlin is a major economic and financial center not only in Germany, but also in the European Union. It has a well-developed radio-electronic industry, machine-building industry and transport construction. The city is also an important trade center, a place for international trade and industrial fairs and exhibitions. However, with a high GDP, the unemployment rate in the capital of Germany is quite high – about 13%, which is one and a half times the national average. Approximately 17% of the population receives social assistance and government subsidies. Around 80% of Berlin’s businesses and organizations are in the service sector.

Architecture and sights. The city retains some parts of the old buildings. In the 18-19 centuries, the architectural ensembles of squares (for example, Gendarmenplatz), streets (Unter den Linden) and palaces in the Baroque style were built. After World War II, historic monuments and residential neighborhoods were reconstructed, and new ones were added: Lichtenberg and Marzahn (in the eastern part), Merkisses Firtel – in West Berlin.

Of the medieval buildings remain: the Berlin Cathedral, the Reichstag (rebuilt in 1999), the Church of St. Mary, the Brandenburg Gate, the Opera House, the Red City Hall, the Bellevue Palace. On Breitscheidplatz are the ruins of the Church of Emperor Wilhelm, destroyed during the war, as a reminder of the war. In East Berlin, in Treptow Park, a historic memorial monument and cemetery was opened – in memory of the soldiers of the Soviet army who fell in the battles for Berlin.

Postwar new buildings – the Hansa quarter, the residential area near the Olympic Stadium, the House of Radio, Karl-Marx Alley, the State Council, Kongresshalle, the Palace of the Republic in East Berlin, etc.

The west and southeast of Berlin have quite extensive areas of forests. In addition, there are trees in almost every street – this is a very green city. In total there are about 2,500 squares, gardens, parks and other recreational areas. Their area as a whole is more than 5500 hectares (about 30% of the area of the city). The oldest and largest park – Tiergarten (once it was a hunting ground in front of the city gates). Also a major city park is Treptow Park. A popular place to walk is the Berlin Botanical Gardens. Berlin also has zoos: The Berlin Zoo and the Friedrichsfelde Zoo.

Berlin has several major museum centers. This is the Museum Island in East Berlin – it includes the Bode Museum, the Old National Gallery, and the Pergamon Museum. The Kulturforum in the west is the richest collection of European paintings and world works of art. There is also the Egyptian Museum in Berlin, as well as the Dalem Museums (combining Ethnological Museum, Museum of Indian Art, etc.) in the Dalem area. The Museum Island housed the cultural treasures of pre-war Berlin. A special feature of all of Berlin’s state museums is free admission every Thursday from 4 p.m. to 8 p.m.

After World War II in both parts of Berlin there was restored the activity of almost all higher educational and research institutions: the German Academy of Sciences, the Humboldt University Berlin, the Berlin Technical University, the Berlin University of Arts. In West Berlin was created the Free University and the Max Planck Society, as well as a number of research centers: in the field of economics, urbanism, nuclear research (Otto Hahn Institute), etc. Nowadays about 140 thousand students study in Berlin.

Berlin is a major transportation hub. A network of manmade canals connects it to the Elbe and the Oder. In addition, in Berlin there are 5334 km of roads (of which 66 km highways) and about a thousand bridges.

Berlin has 2 airports – Tegel Airport (in the city limits) and Schönefeld Airport, located in the state of Brandensburg outside Berlin (this airport is currently being renovated into the new airport “Berlin-Brandenburg”).

The Berlin City Railway (electric railroad) is one of the most important modes of public transport linking the transport system of Berlin and Brandenburg. The Berlin city rail network has a total track length of 331 km and consists of 166 stations. Some lines of this city train are also connected with the suburbs of Berlin.

Berlin has a system of streetcar lines, one of the largest and oldest in the world. In the capital of Germany is very accepted bicycle traffic – roads and streets are equipped with bicycle lanes, separate sections of traffic lights regulate the movement on them.

Germany is the most populous country in the European Union, the second most populous in Europe after Russia. Information from the German Bureau of Statistics for 2018 offers a tentative figure of 82.8 million people. The last census in 2011 put the figure at 80.2 million. The death rate exceeds the birth rate, but the number is increasing every year due to a large influx of migrants. According to estimates of population density, the state occupies only 36th line of the world ranking with the value of 230 km2.

The state can boast only 4 megacities with a population over a million people: Hamburg, Munich, Cologne and Berlin. The latter has almost 4 million inhabitants, which puts the German capital in second place after London among the most densely populated in the EU. The vast majority of citizens are city dwellers:

This has a historical explanation, linked to centuries of decentralization and the existence of separate principalities. After unification, their centers became cities where industrialization progressed, the economy developed, and the number of inhabitants increased significantly.

According to information from the end of 2017, the largest cities in Germany in terms of population are:

Berlin is the most populous in Germany

Berlin is the state’s largest city in terms of population, at 3,613,495, according to 2017 information. Because the capital has the status of a state, it simultaneously acts as the most populous federal entity and city with a density of 3,947.6 people per km2. It is the fifth largest (891.68 km2) and the second most populous city in the European Union after London. The capital is a major European cultural, commercial and economic center, an important transportation hub, and the third most visited by tourists European city. 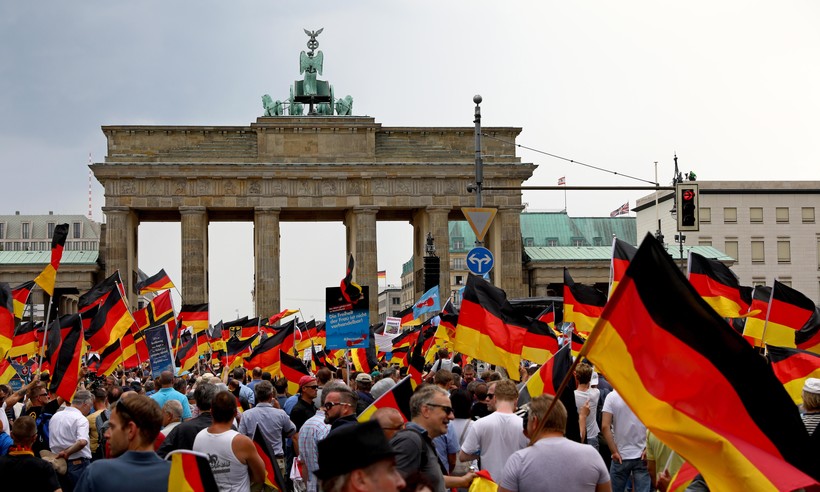 14% of the inhabitants are foreigners: there is the largest Turkish diaspora in Europe – 119 000 people. A large proportion of migrants have chosen the capital for permanent residence: for 2018 their number is 337,000, or 12%. Another surprising fact: native Berliners live here only 47%, the rest came from other German states or foreign countries. The highest number of newcomers is in the neighborhoods near Askanischerplatz in the Kreuzberg district – 68%, as well as in Berlin’s central Mitte district – 44.5%.

Every year the population increases by about 60,000-80,000, creating serious social and infrastructural problems. For many years, the capital has been the leader in terms of traffic jams, which make it difficult to get around and have a bad impact on the environmental performance of the metropolis. Among the next negative factors are high unemployment – 10% against 7% nationwide, and far from democratic real estate market prices: demand exceeds supply, especially in central areas and prestigious suburbs.

Hamburg is one of the most densely populated cities in Europe: second in Germany, seventh in the European Union, the largest in the EU among settlements that are not metropolitan areas. Throughout its development, it has had an important strategic location and commercial importance. Its port is the second largest in Europe and the ninth largest in the world, defining the atmosphere of the metropolis. The citizens of Hamburg are used to a noisy, slightly hectic pace of life, an abundance of foreigners, goods and heavy traffic. The situation of Hamburg’s foreigners is similar to Berlin’s: 15% of the total, with a preponderance of Turkish citizens. 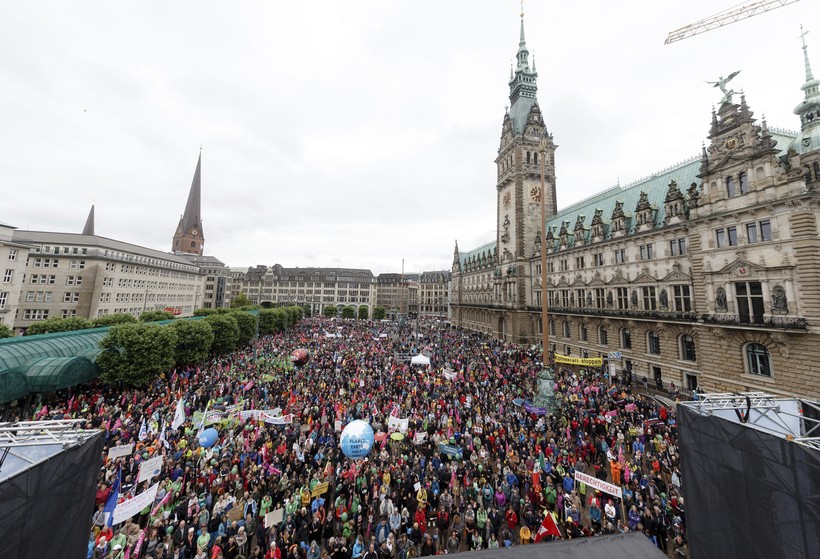 The number of Hamburg’s inhabitants has remained practically unchanged over the last half century:

READ
Belarus - so close and so unfamiliar

Therefore, Hamburg does not experience stifling traffic jams even during the peak tourist season. Unemployment and real estate prices remain stable, and the incomes of Hamburgers are among the highest in the state. The crime rate tends to spoil the picture, but it is not due to the size of the population, but to the life in the port city.

Munich – the up-and-coming and prosperous millionaire

Munich is the largest city and the capital of Bavaria, and the third most populous city in the country. Here true Bavarian tradition and the modern life rhythm of the metropolis are wonderfully combined. For the past 15 years the number of citizens has grown steadily, with an average increase of 30,000 annually. In 2017 the number was 1,456,039. Sociologists calculate that it will increase to 1.7 million by 2022. 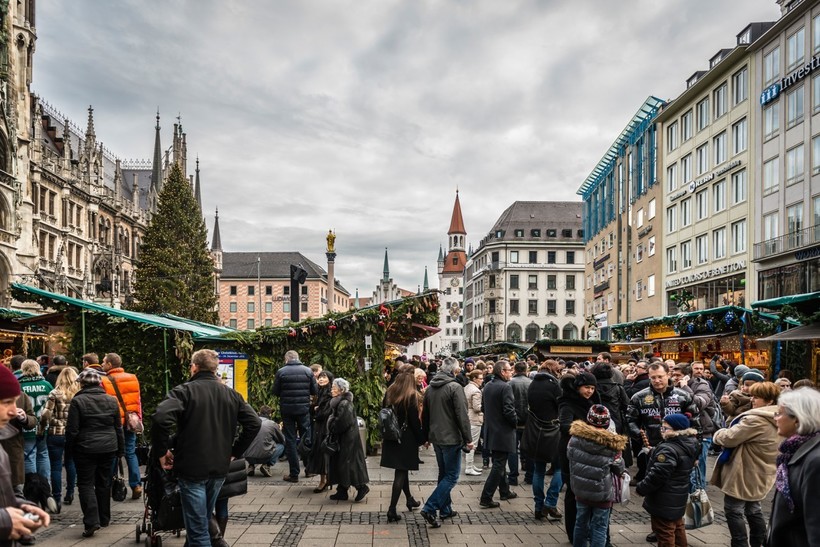 Munich is considered the country’s main IT center with the greatest economic prospects. This attracts migrants from other states and foreign immigrants. These immigrants have high qualifications, good education and the opportunity to earn a decent wage, which is typical of the technology sector. This provokes an increase in real estate market prices: the cost of apartments is the highest in the country.

The old city of Cologne, with 1,080,394 inhabitants, rounds out the top four cities with one million inhabitants. The metropolis ranks fourth in terms of density, with 2,618.7 inhabitants, and is at the bottom of the top three capitals of the German states in terms of land area. 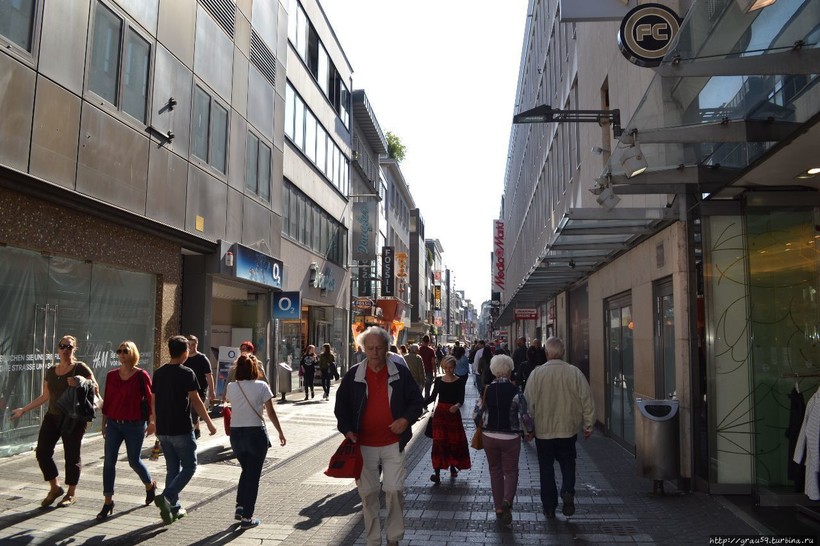