Bellagio – the pearl of Lake Como

Bellagio is called the pearl of Lake Como for the beauty of its architecture and panoramic views. The town is located in the province of Como and has just over three thousand inhabitants.

Bellagio is undoubtedly one of the most beautiful places in northern Italy, where tourists from all over the world come all year round. It is a picturesque town located between two lakes, and the proximity to the water makes its climate mild, as if on the coast of Liguria. That’s why Bellagio was one of the first resorts in northern Italy, and it happened in the era of ancient Rome. 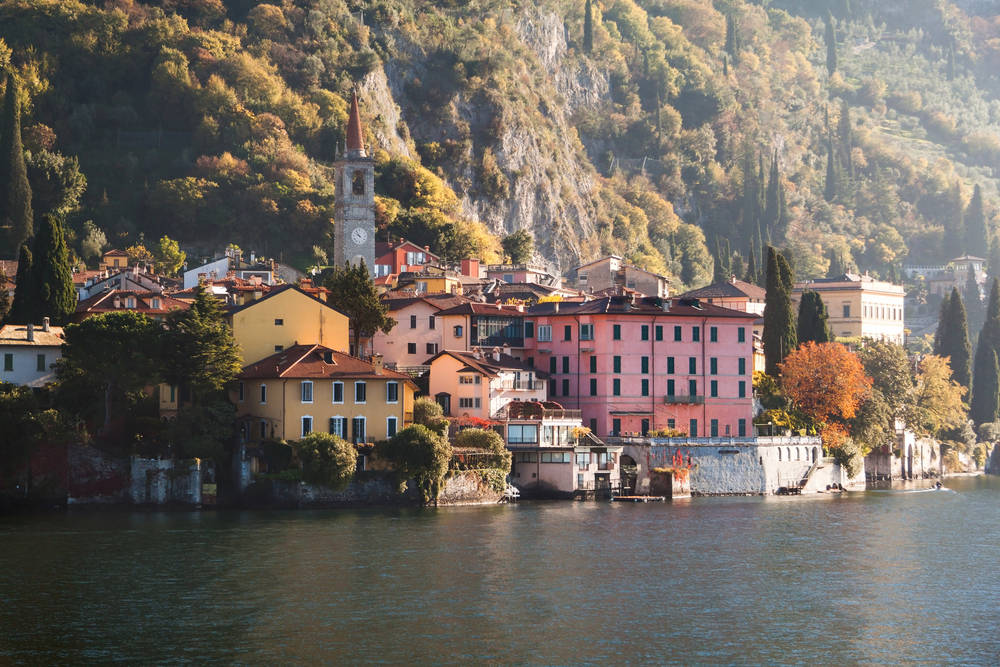 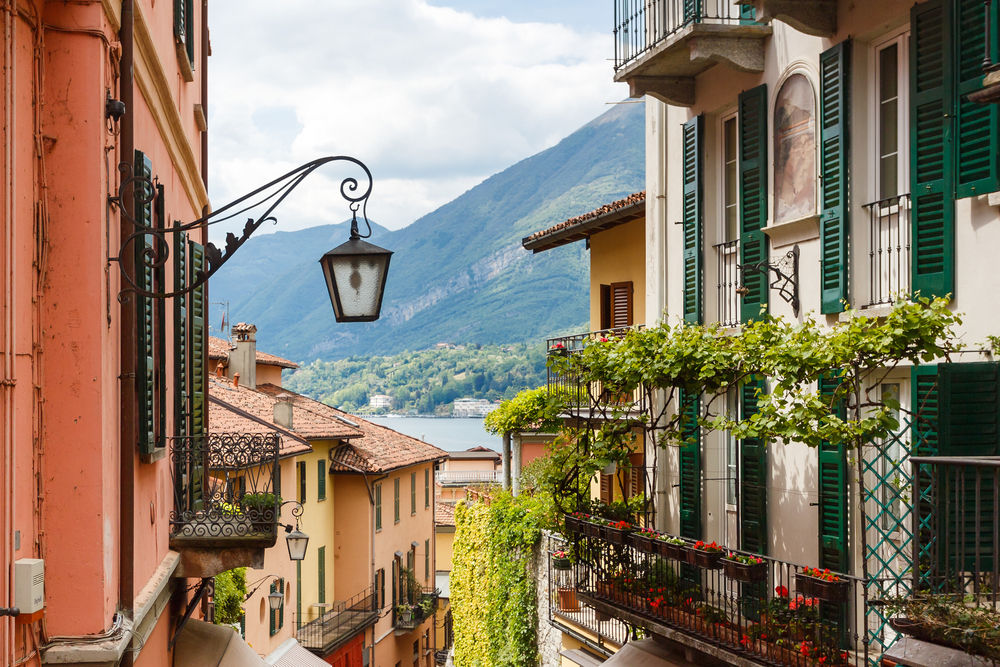 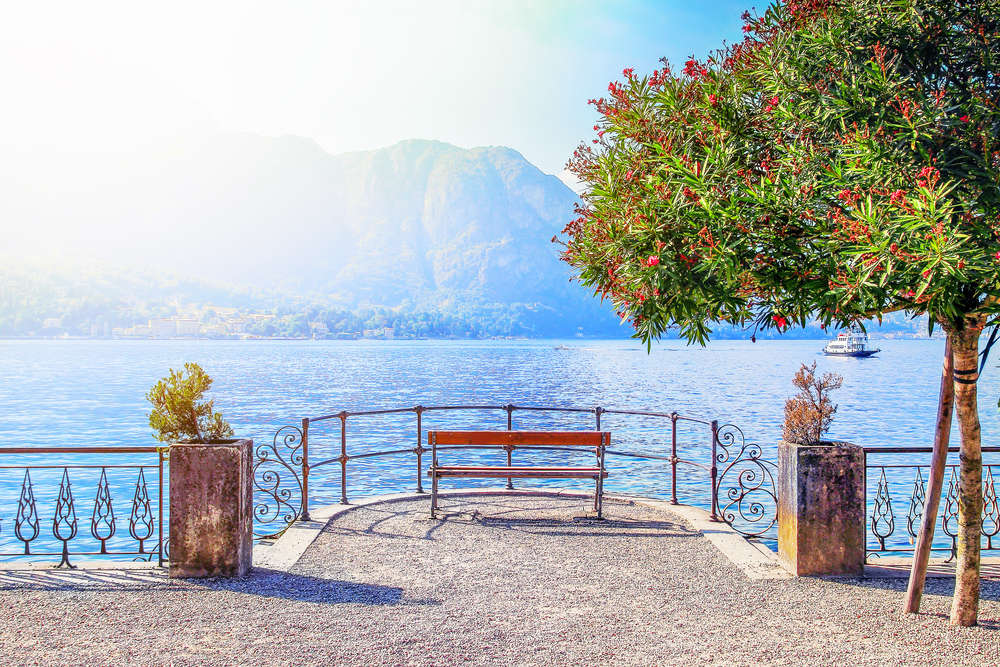 Bellagio is loved by cyclists and motorcyclists for its serpentine roads winding along the shores of the lake. And lovers find here a paradise full of romance: couples from all over the world vie for the chance to have their wedding here.

San Giacomo Basilica is a monument of national importance. Its stern silhouette recalls the time of its building (XI century), but its present appearance is the result of the restoration of the beginning of the XX century, when it was restored to its original features, buried under a layer of late Baroque alterations. 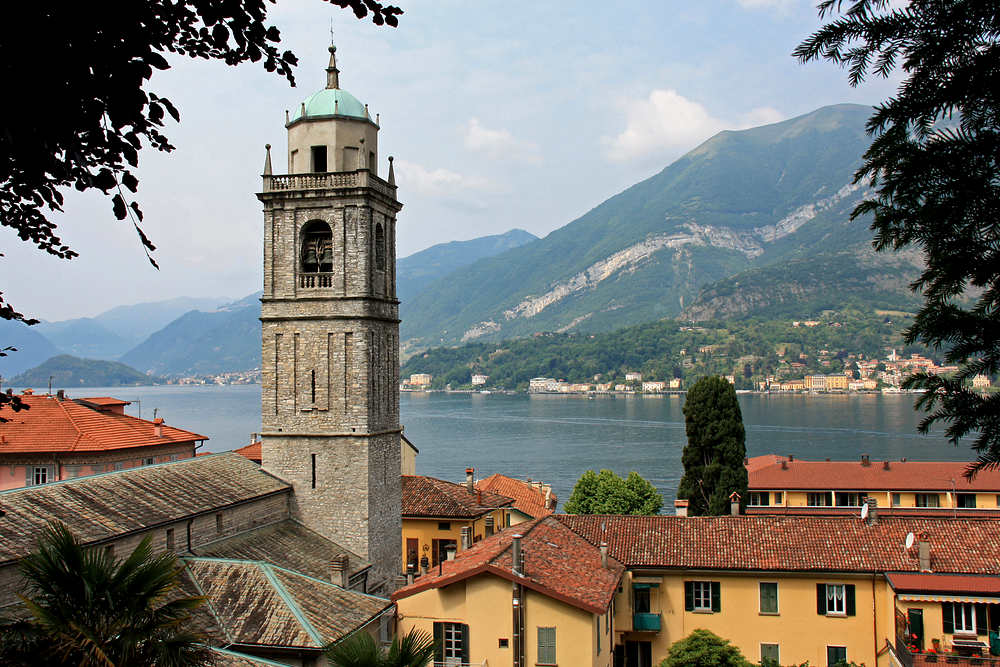 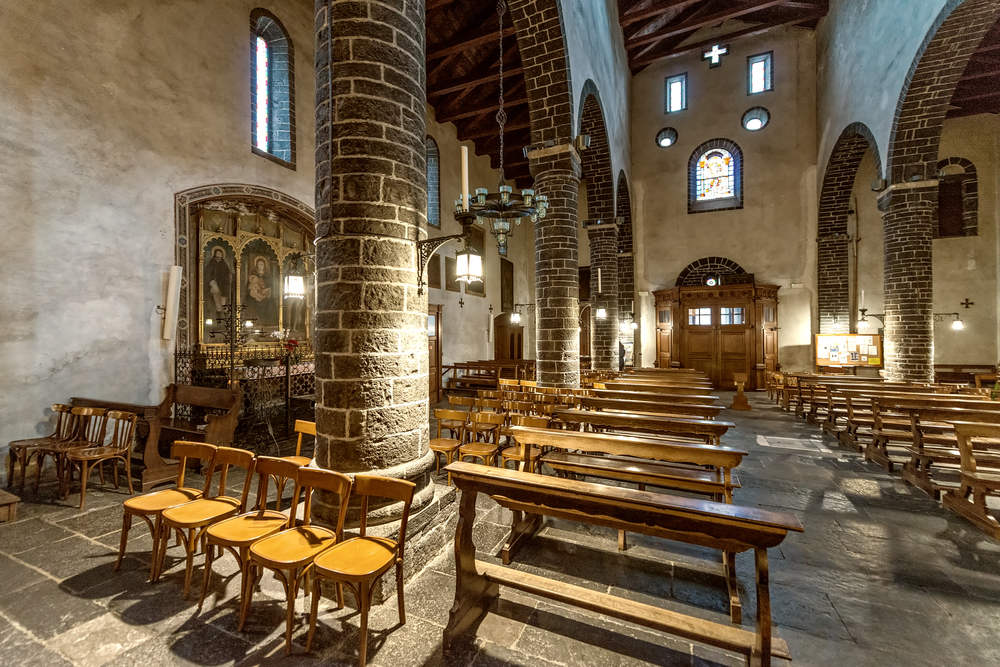 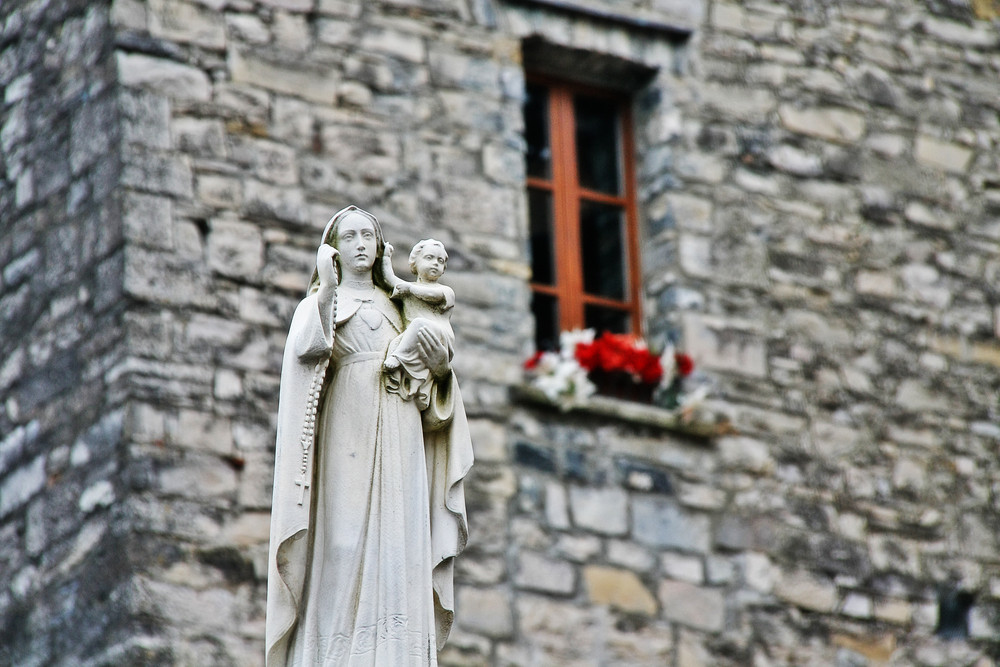 The sight of this church inspires respect, bordering on fear. This is not surprising: the fact is that the basilica’s bell tower was once a defensive tower. The church contains valuable paintings of the Umbrian and Lombard schools of the 15th century (one attributed to Perugino and one to Vincenzo Foppet), together with Romanesque statues and paintings of the Baroque period. 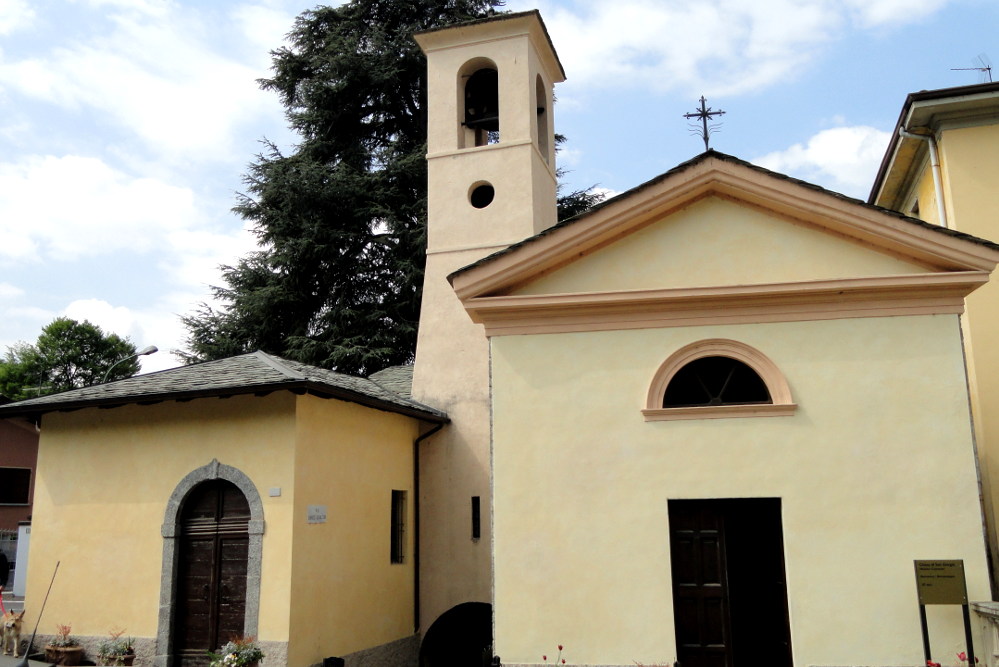 San Giorgio is a small and elegant Romanesque church built in 1080-1120. The exterior walls with stone niches, the semicircular windows with massive jambs and the small entrance portal set the tone of the church. The belfry of the church is unusual: through its aperture runs the Salita Genazzini. Inside there is a fresco of the Madonna della Cintura from the 11th century and the wooden statue of Our Lady kept there is traditionally carried out in procession every year on the second Sunday of September.

As mentioned above, Bellagio has been a resort since antiquity. 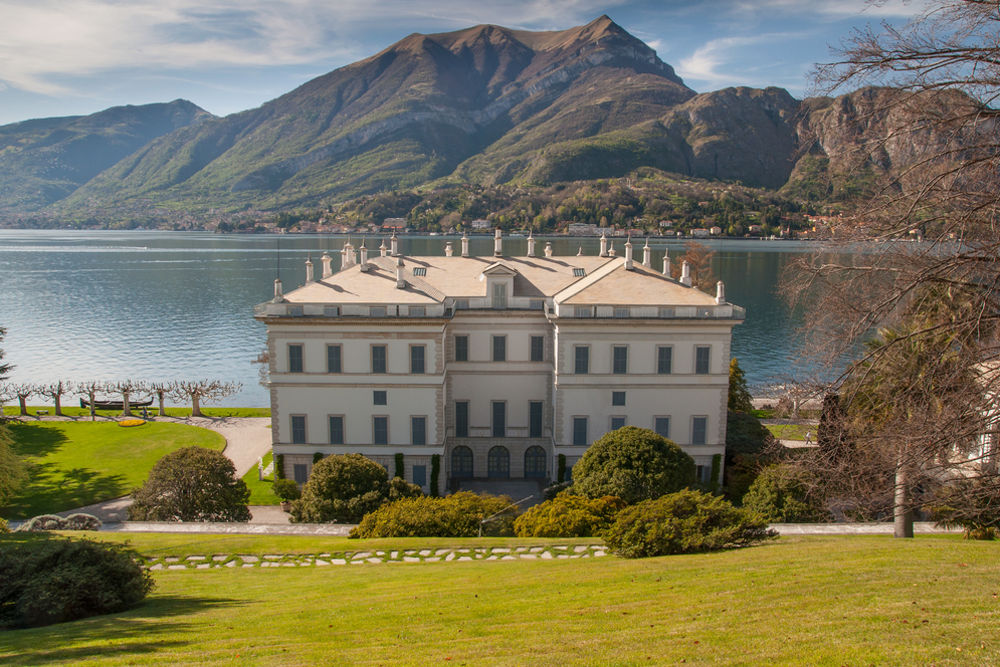 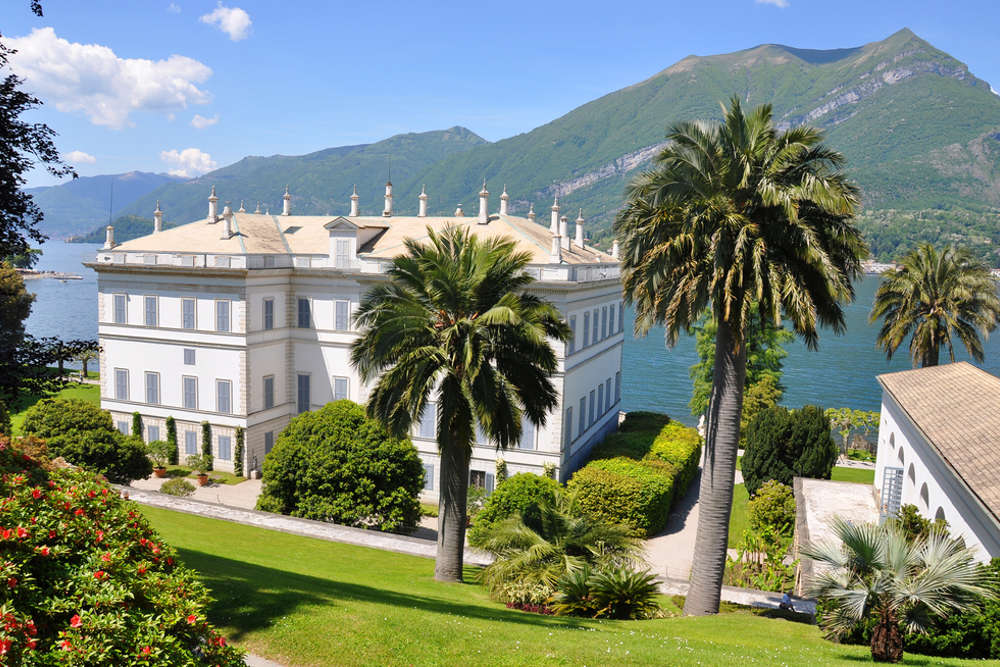 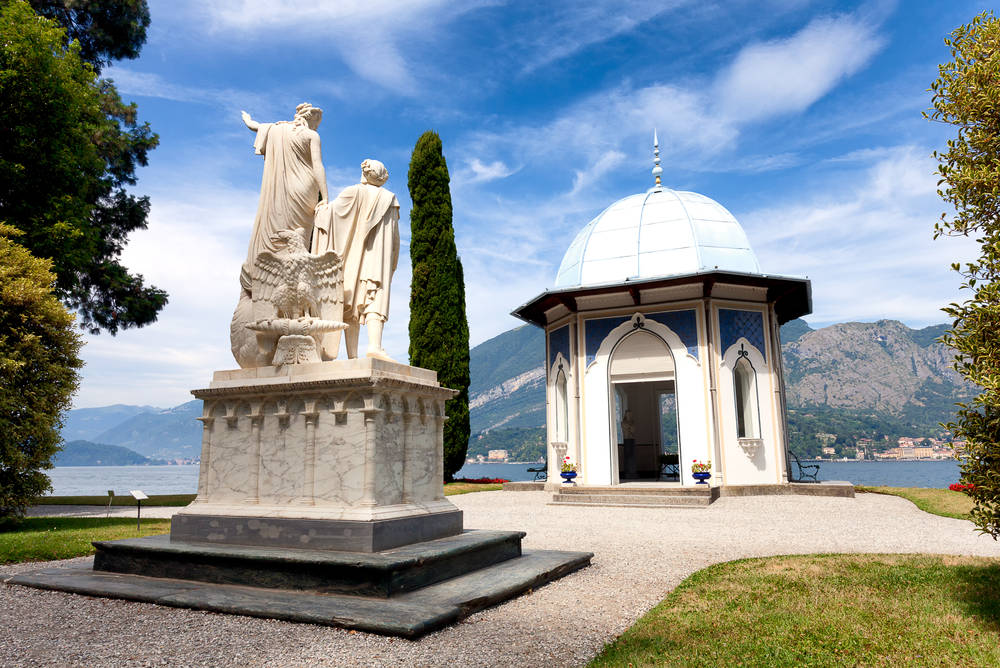 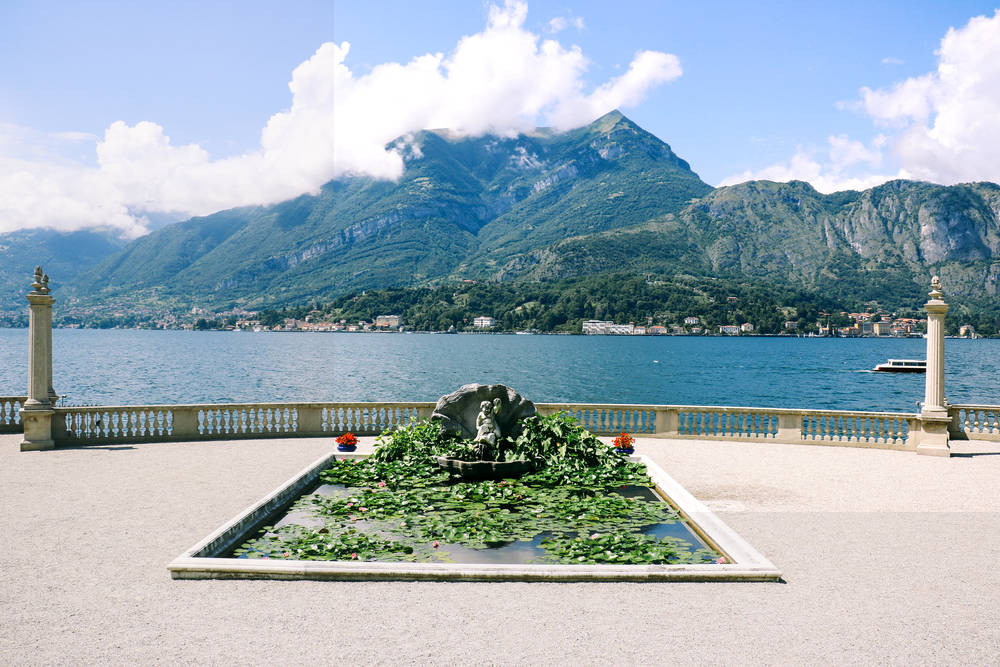 It is here that the most beautiful villas of Lake Como are built. Among them stands out the old summer residence of Duke Francesco Melzi d’Erill, a friend and collaborator of Napoleon Bonaparte. The emperor himself often visited this villa; Stendhal and Franz Liszt also visited it. The composer was particularly inspired by the statues in the garden and was inspired by them when he wrote his sonata A Recitation of Dante.

The elegant and balanced appearance of the villa is the fruit of the work of the architect Giocondo Albertolli, one of the most prominent representatives of neoclassicism. Renowned artists such as Andrea Appiani and Antonio Canova took part in the decoration of the interiors. Today the villa is closed to the public, but you can visit its garden, open from March to October. It was designed by Luigi Canonica and Luigi Villoresi.

Despite the seeming naturalness, the layout of the garden is the result of thoughtful design. Walking through its alleys, one finds oneself in a Japanese garden, a Moorish pavilion, and a rock garden. With the entrance ticket you can also visit the church steeped in greenery, the small museum in the orange orangery and the terrace, which offers a fascinating panorama of the lake.

Villa Serbelloni was built in 1400. In the fifteenth century the Serbelloni family improved the mansion, surrounding it with a huge garden in the Italian style. 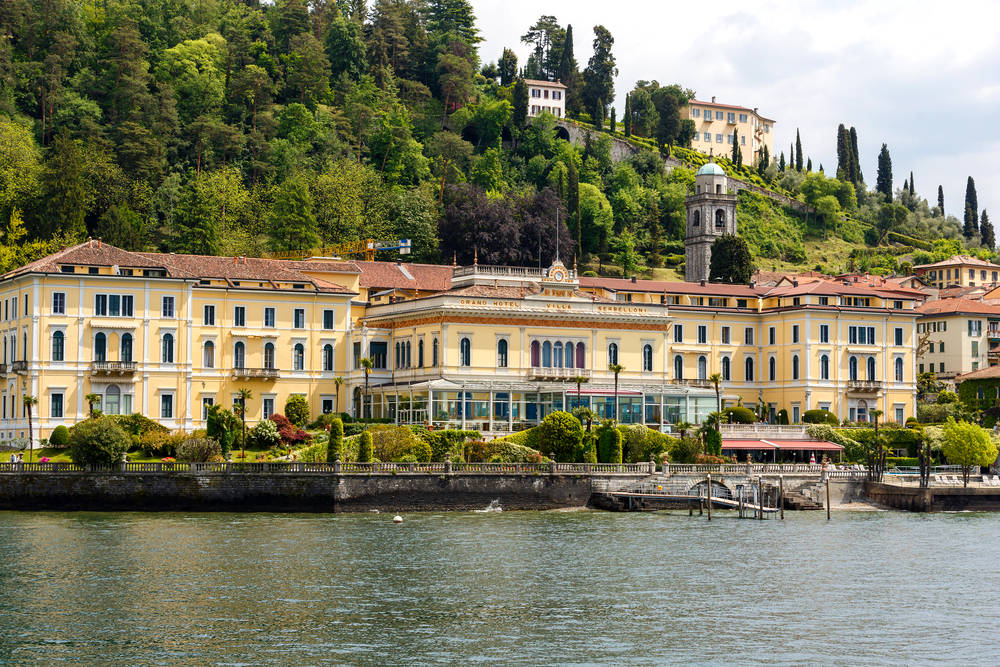 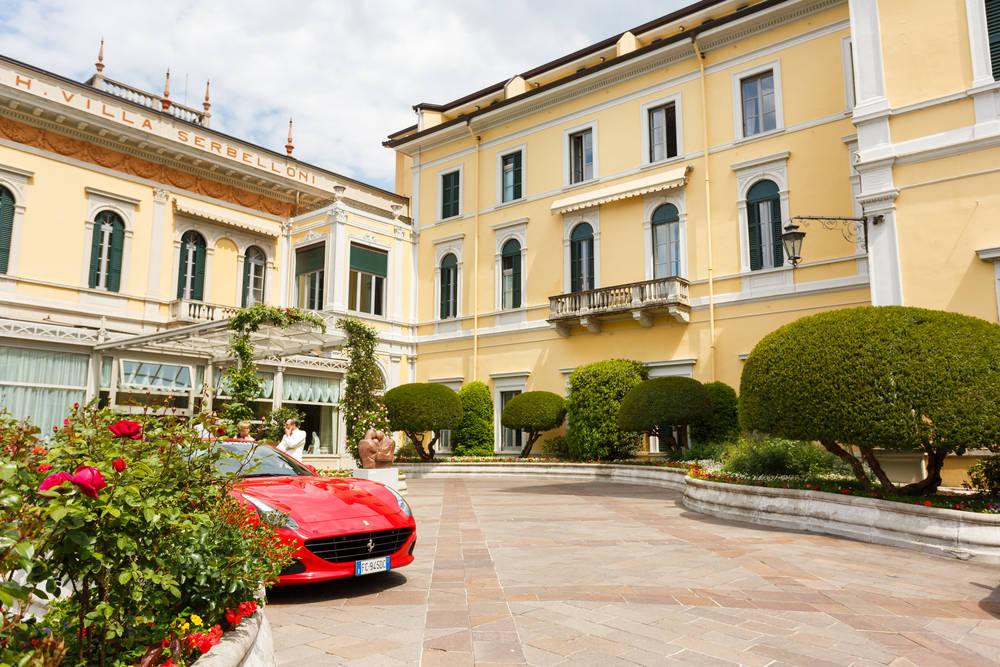 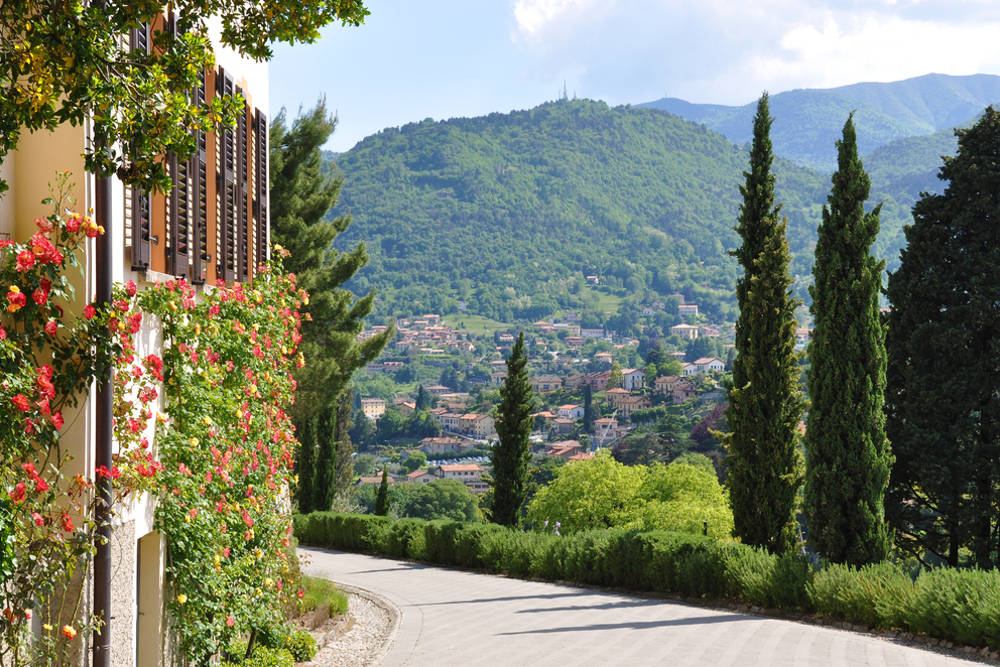 In the following centuries the villa gradually fell into disrepair, until in the 19th century it became an outbuilding of the Grand Brittany Hotel. Later the building was bought by Princess Ella Walker, who bequeathed it to the Rockefeller Foundation. This charity gave the villa to scientists, who stay here and hold scientific meetings. And the 18th-century gardens are open to the public. Tours are available from April to November. 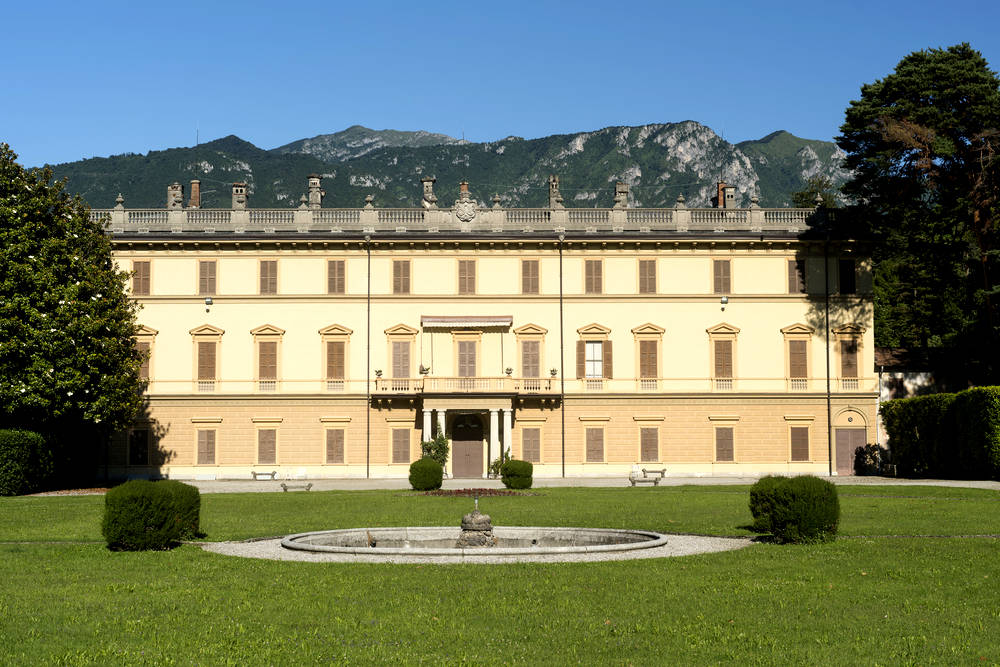 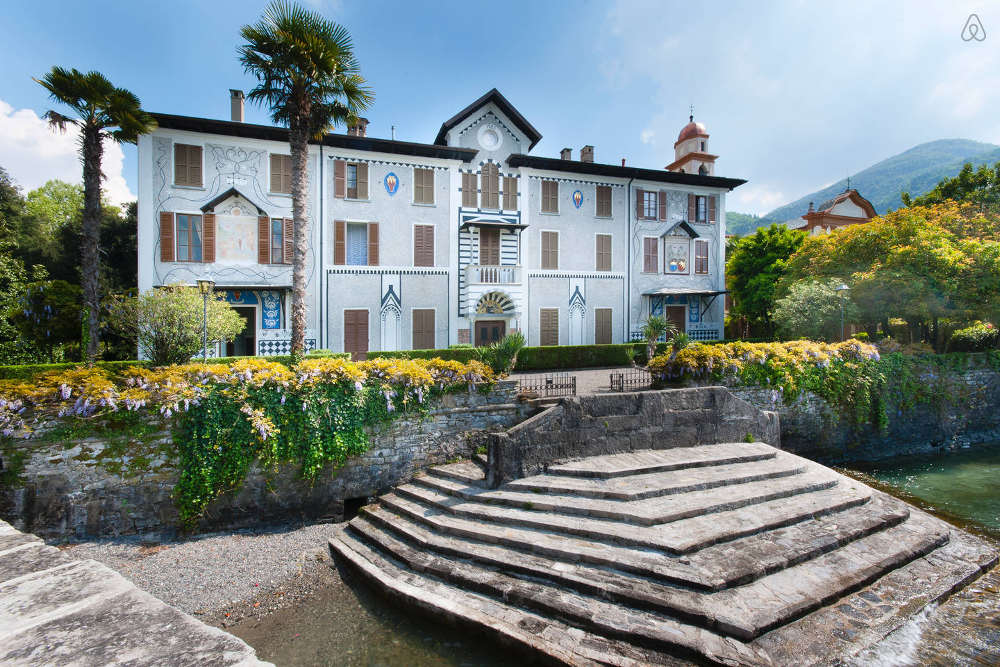 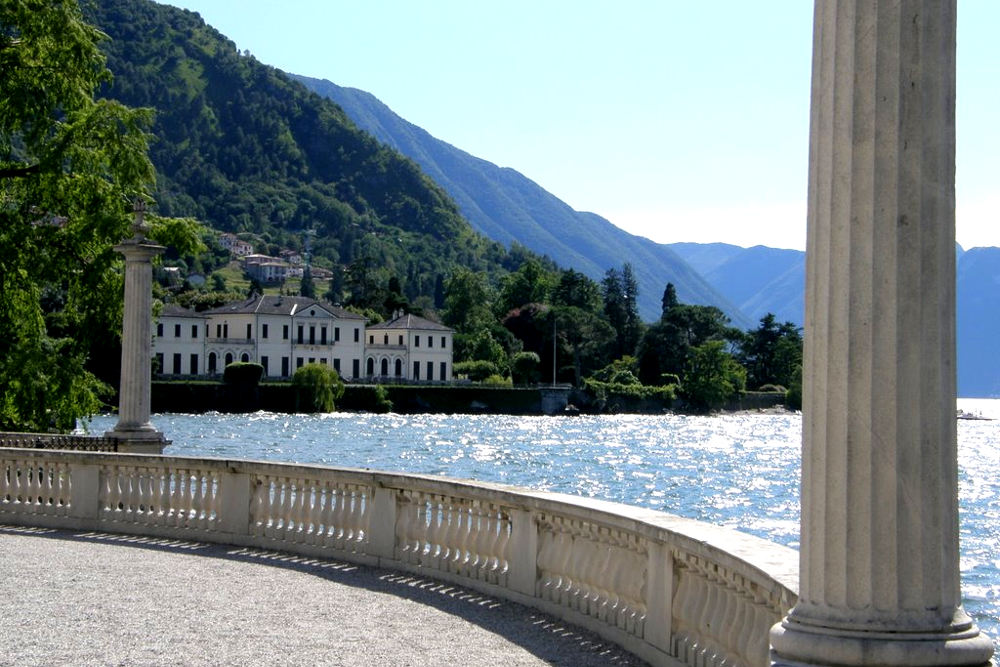 The other villas of Bellagio are closed to the public, but you can admire them from the outside while walking along the beach or taking a boat trip. There are, however, exceptions: from April to November you can make an excursion to Villa Giulia (XVIII century), Villa Trotti with its extraordinary Moorish façade and Villa Trivulzio-Gerli with its park, which includes the Romanesque Church of Santa Maria di Loppia. 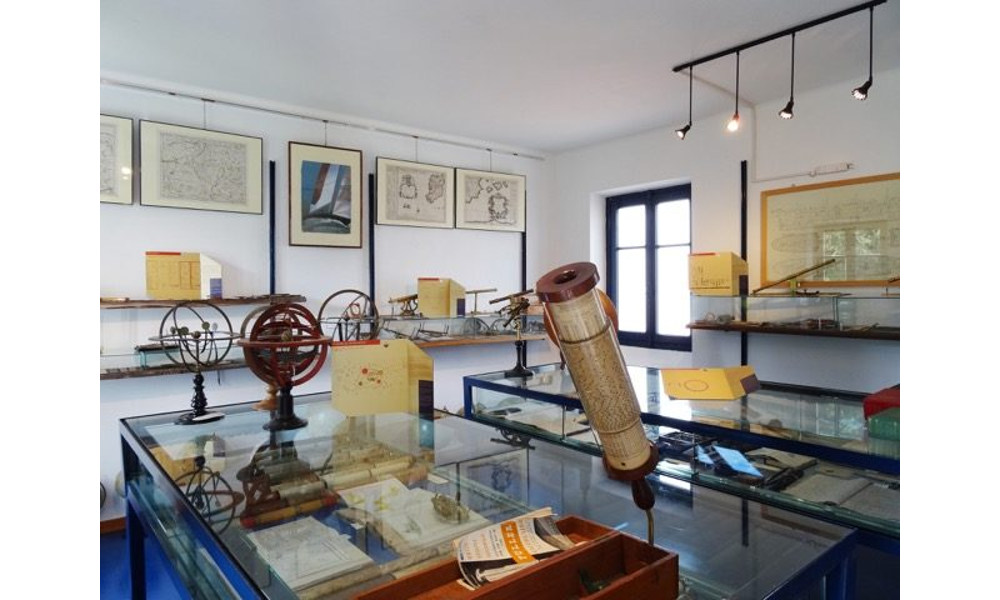 About half an hour from the old town of Bellagio, you will find the Nautical Museum that has more than 200 pieces of XVIII century artefacts: telescopes, astrolabes, graphometers, octants, that helped sailors during the Age of Discovery to discover the world. After a visit to this museum even Lake Como seems a little bigger. 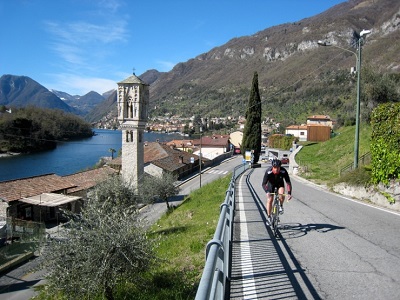 In addition to its architectural beauty and mild climate, Bellagio boasts a good location for trekking and hiking in the surrounding mountains. Motorcyclists love the local winding roads with panoramic views. It’s also great for horseback riding, windsurfing, water-skiing, and learning to sail and paraglide. 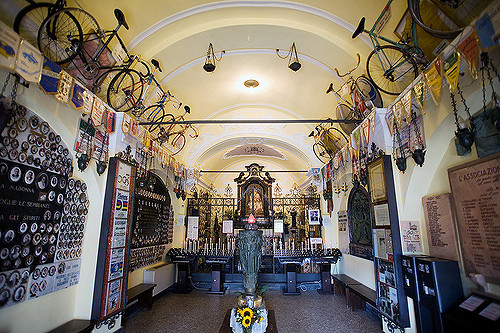 Cyclists also love Bellagio and its surrounding roads. In the nearby municipality of Magrello is the shrine of the Madonna del Ghisallo. The building of the chapel testifies to its venerable age: the central part appeared as early as the XI century. In the fifteenth century, Count Gisallo miraculously escaped from robbers who attacked him not far from the chapel. Convinced that the Virgin Mary had helped him, the count decided to enlarge and decorate the modest chapel. It would seem, what do bicycles have to do with it? The fact is that the sanctuary is at the top of a hill, and many believers preferred to use a bicycle to make the climb easier. Today, the Madonna del Guisallo is known even abroad, and many faithful athletes combine pilgrimage with their favorite sport. The sanctuary even has a small museum dedicated to the history of cycling.

What to see in Bellagio as the “Pearl of Lake Como”

Also known as the “Pearl of Lake Como,” the town of Bellagio rises on a promontory that divides the lake into 2 branches: part of Como on the left and Lecco on the right. The small town with its narrow lanes leading to the promenade and rugged structure has kept its ancient characteristics intact. Italian traditions tell you what to see in Bellagio, this beautiful lakeside town.

What to see in Bellagio: some tips

Among the various points of interest are the refined Villa Melzi with its splendid English-style gardens, now a luxury hotel, and the Villa Serbelloni with its park, open to the public. Boats depart from the seafront and connect the town with Lecco, from where it is also possible to take a fascinating cruise on Lake Como. Among the various attractions associated with the huge mirror of water that is the lake, there is also the possibility to try yourself as a pilot of a seaplane during the day, accompanied by a qualified instructor. Among the church institutions worth mentioning are the Archdiocesan Church of San Giovanni Battista, the Basilica of San Giacomo and the Church of San Giorgio, which rises next to the City Hall. 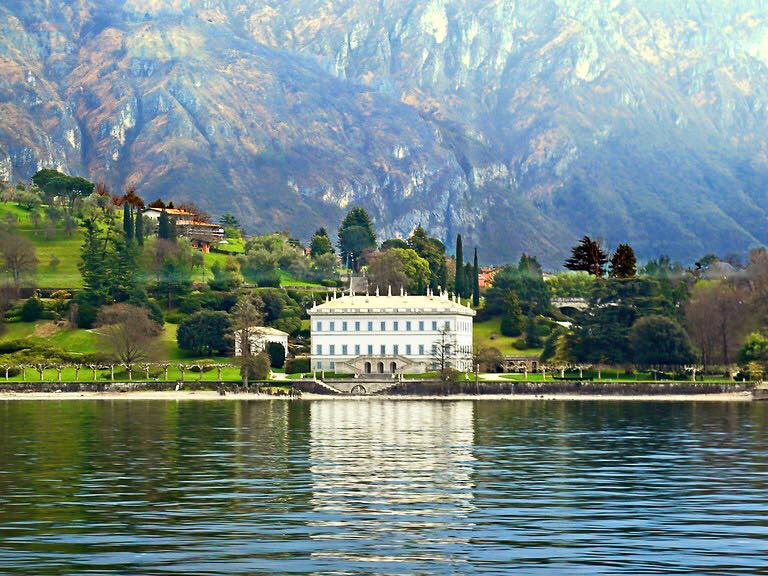 Nearby also rises the church of the Madonna del Gisallo, a frequent visitor of which are bicyclists, as the temple is located along their route. The road to Ghisallo is designed for cyclists and goes all the way to Valmadrera.

Although there is controversy about the origin of the name, the first mentions of Bellagio in medieval documents were found in 1835. Thus, the name probably derives from the Latin “bilacus” or “bislacus”, which are associated with the two branches of the lake where the town is located, or from “bell’agio” or “bel lago”. The first inhabitants of Bellagio were the Ginsburgs, then they were displaced by the Gauls of Belloveso, who then reached Como and Milan. Then it was the turn of the Romans, led by Consul Marco Claudio Marcello, who overthrew the Gallo-Ginsburgs, spreading Roman domination in this corner of Lombardy as well. It was here that Roman armies subsequently passed on their way north. They stopped exactly where Villa Serbelloni rises. Still during the Roman era, Bellagio was visited by two famous figures: Virgil and Pliny the Younger. Virgil was one of the famous Latin poets who lived in Bellagio and described it in his poem “Georgics” and Pliny the Younger lived in the villa which is situated at the top of the hill overlooking Bellagio.

What to see in Bellagio: Villas 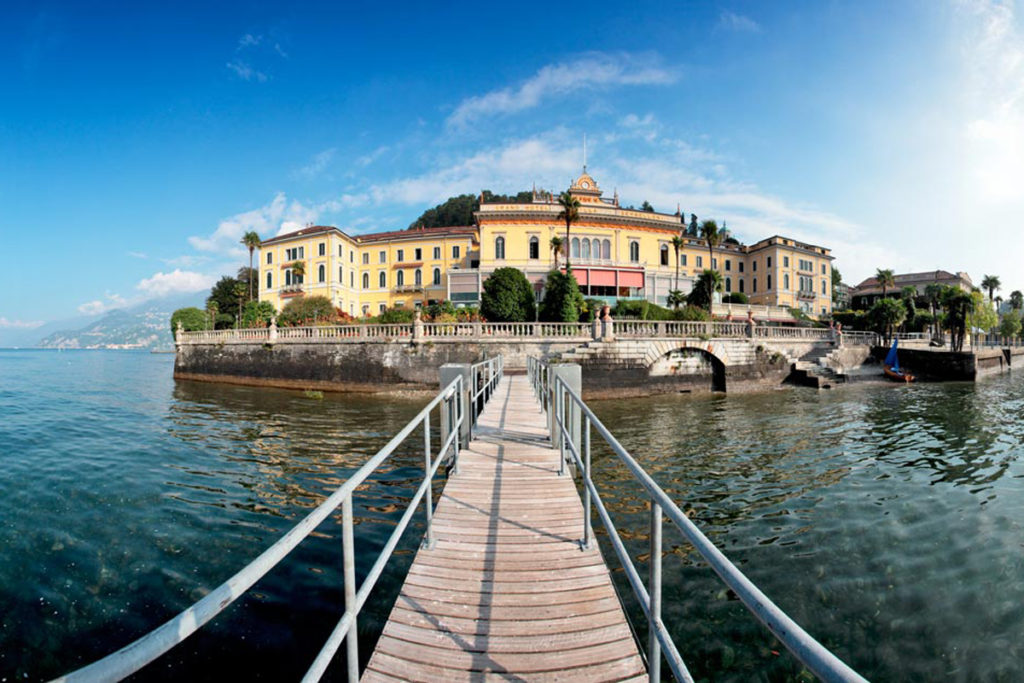 Dominating the town of Bellagio is the Villa Serbelloni, now owned by the Rockefeller Foundation of New York. Its construction dates back to 1375 and took place on the site of what was once the “Tragoedia”, the villa of Pliny the Younger. The building, which has been altered several times in the course of history, is famous for its gardens, which contain groves, century-old trees, exotic plants, rose gardens and flower plantings. From here, following some paths, it is possible to reach the Capuchin monastery and Sfondrata, another noble residence dating back to 1700. The outstanding artistic and architectural elements of this villa are due to Alessandro Serbelloni, who decorated it with works of art of the eighteenth and nineteenth centuries. After the Serbelloni family, the villa came into the possession of Princess Ella Thurn-i-Taxis, who left it to the Rockefeller Foundation.

Villa Melzi d’Erill towers over the promenade on the road that connects Bellagio and Como. Former residence of the writer Stendhal, today this villa is residential private property, so it cannot be visited. But a magnificent park is open to the public, where you can see some of the archaeological finds of the Etruscans and Egyptians. It is also possible to visit the small museum next to the villa, which houses collections of paintings, sculptures and archaeological finds. Among the sculptures is a head whose work is attributed to Michelangelo.