The first solo flight over the Atlantic is 90 years old

The first solo flight across the Atlantic is 90 years old today. Early in the morning of 20 May 1927 Charles Lindbergh (1902-1974), a 25-year-old American aviator who had served as a pilot for the US Air Mail, took off in a single-engine monoplane of the “Ryan” type from Long Island airfield near New York City with the intention of flying across the Atlantic Ocean. 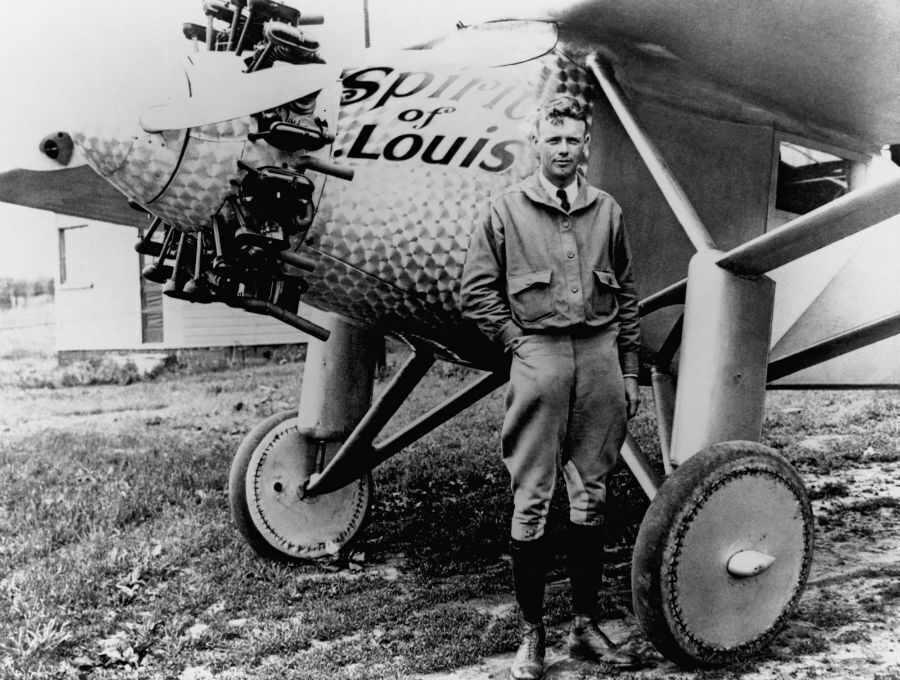 His plane, dubbed the Spirit of St. Louis, had 1,230 pounds of fuel on board and the heavily laden machine struggled to break away from the runway at Roosevelt Field, passing just 6 meters over the telephone wires.

Over the next 33 1/2 hours, Lindbergh traveled 5,800 miles, changing altitude from 3,000 to 3 meters over the ocean, entering dense clouds and trying to navigate by the stars. At 22:22 on Saturday, May 21, 1927, he landed at Le Bourget airfield near Paris. He was treated to a staggering welcome: about 150,000 people gathered on the airfield, where, according to newspapers of the time, “the biggest traffic collapse in the history of Paris” occurred.

He was awarded the Legion of Honor for his cross-Atlantic flight and when he returned to the United States on June 11 aboard the American cruiser Memphis, he was met at the mouth of the Potomac by warships that accompanied the Memphis to Navy Yards in Washington, where he was greeted by President Calvin Coolidge who awarded him the Distinguished Flying Cross. In December, Congress awarded Lindbergh the Medal of Honor, America’s highest decoration. The U.S. Postal Service issued a stamp depicting the Spirit of St. Louis in honor of the Atlantic crossing, and Time magazine named Lindbergh “Man of the Year” for the first time and placed his portrait on the cover of the first issue of 1928.

Lindbergh later became interested in the manufacture of precision chronometers. The first one was made in 1931, and is still being produced by Longines. He was then attracted by the ideas of the American inventor Robert Goddard, the pioneer of American rocket science, and with Lindbergh’s support he received a grant to continue his work.

Lindbergh had a personal tragedy: One of his children, Charles, was kidnapped in March 1932 and a ransom of $50,000 was demanded. The ransom was paid, but soon the body of the child was found in the woods near the Lindbergh family home. The kidnapper, German immigrant Bruno Hauptmann, was arrested in 1934 in New York after paying at a gas station with one of the ransom bills. He was sentenced to death, and the U.S. Congress passed the “Lindbergh Act,” which made child abduction a federal crime.

Before World War II, Lindbergh opposed U.S. intervention in the fighting in Europe and supported the anti-war America First Committee. He was suspected of being a Nazi sympathizer, for which Lindbergh was harshly criticized by U.S. President Franklin Delano Roosevelt. However, after the Japanese attack on the American naval base at Pearl Harbor, Hawaii, the pilot spoke out in support of the U.S. war effort and participated in about 50 sorties in the Pacific theater as a civilian consultant. After the war he served as a consultant to the Chief of Staff of the U.S. Air Force, was at one time passionate about protecting rare animals, won a Pulitzer Prize, and spent the last years of his life in Hawaii.

Commenting on the pilot’s life journey on the eve of the 90th anniversary of his Atlantic crossing, Brian Holliran, the curator of the Minnesota Historical Society, where Lindbergh spent his childhood years, noted that he “became a superstar after the flight,” but the later years of his life “looked more like the black and white cells of a chess board.” Among the “dark” periods he referred to Lindbergh’s speech in Des Moines, Iowa, in September 1941, which historians consider racist in spirit, and to the “light” periods his participation in the fighting in the Pacific.